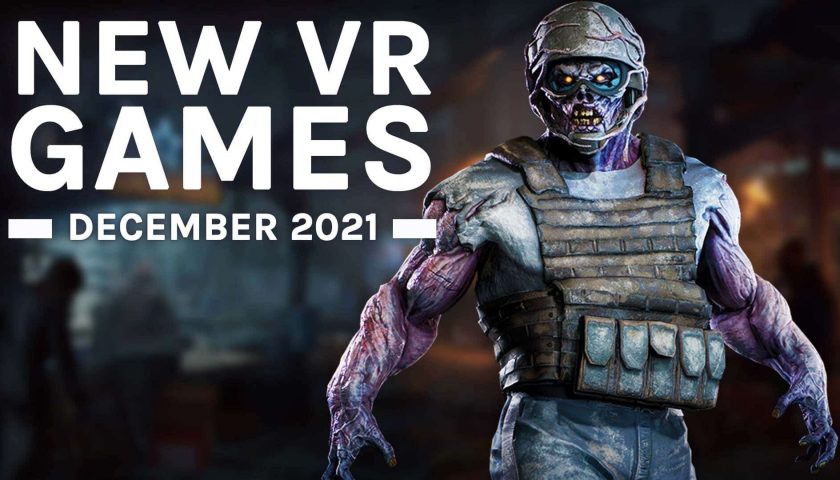 Looking for the new VR games December 2021 list? We’ve got you covered with our full rundown.

Christmas is nearly here and, although many of the year’s biggest VR releases are behind us, December has a handful of promising titles to put on your lists for Santa. And you better make sure you’re good if you want the long-awaited release of After The Fall as well as new takes on darts, guitar playing and piloting in VR.

As always, you’ll find most of these titles on the Quest, Steam and PSVR stores. But, first, a little heads up.

Shameless plug alert! We’re back on December 2nd with our next showcase! Think of this as a Nintendo Direct… for VR! This time around we’ll be featuring around 20 games including around 5 brand new reveals as well as surprise launches, release dates, new looks and much, much more. In fact, we’ll be needing to update this list once it’s finally live. In other words, you won’t want to miss this one!

After launching on Quest back in October, Unplugged comes to SteamVR. Rather than controller-free hand-tracking, this version of the game uses Valve Index finger tracking for a Guitar Hero-like experience. How will it hold up? We’ll find out later this week.

The VR sequel we don’t think anyone expected, Fruit Ninja 2 hits early access this Friday. Expect a first look at the game’s new assortment of weapons and you slice fruit as quickly as possible. A Quest App Lab release will follow next year.

Purchase a plot of land and start to build out your ideal homestead in this new Quest game. Go exploring, find hidden treasure and then sell it off to make more cash and buy more items.

The former PSVR-exclusive comes to PC VR. Winds & Leaves is a relaxing game all about restoring life to a barren landscape using a variety of seeds. The game’s soothing pace won’t be for everyone, but check it out if you like the look of it.

After multiple delays, this Left 4 Dead-like follow-up to Arizona Sunshine is finally ready for the spotlight. Head to a frozen LA wasteland, team up with friends and take on runs of missions against hordes of snowy zombies. Expect plenty more updates for After The Fall — including a Quest 1 version — in 2022.

The developers of ForeVR Bowl are back with another social take on a classic. This time you’ll be throwing darts and unlocking new themes using Quest’s hand-tracking technology.

Demeo’s next free expansion launches just in time for Christmas. Jump into the game’s third dungeon design with friends and get ready to utilize a new Bard feature, which no doubt means plenty of annoying tunes are heading your way.

A popular PC franchise, SimplePlanes is all about piloting user-made aircraft and other types of vehicles. The VR version won’t have a built-in creation feature, but you can still download creations from the original game and try them inside your headset.

Due to arrive earlier in the month, Zookeeper brings a classic puzzling franchise to VR for the first time.

And that’s the list of New VR Games December 2021! What are you looking forward to? Let us know in the comments below!