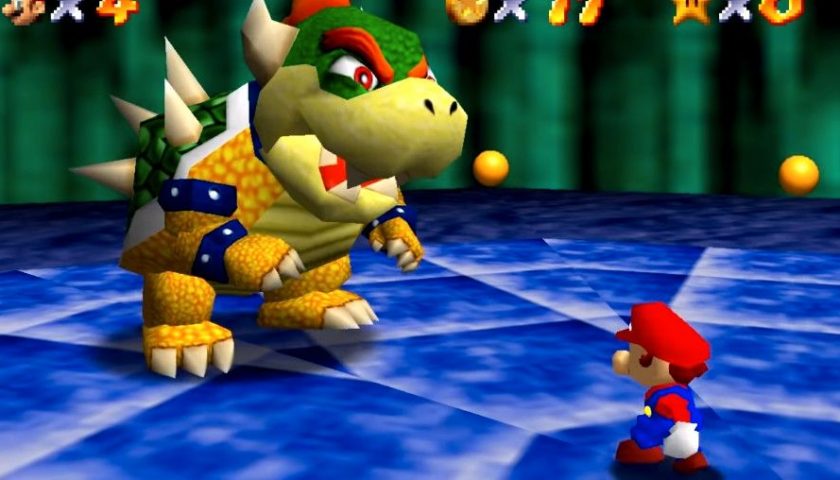 If you've watched any speedrun before, it was probably from Super Mario 64. With its numerous active categories and iconic tricks like the backwards long jump, this Nintendo 64 title has stood the test of time. Despite this, records are still being broken, as runners find ways to beat the game even faster than before.

The zero-star record for Super Mario 64 has been beaten once again, as runner Kanno shaves a whole two seconds off his original first-place entry. This brings the record to six minutes and 27 seconds, and gives us a ridiculously entertaining run full of perfect platforming and frame-accurate glitch execution.

If you're unfamiliar with the category, you're probably wondering how the hell the game can be beaten without picking up a single star. As you can see in the video, speedrunners have found a way to build up enough speed to blast Mario through the doors that would normally check how many stars you have, and not let you through without a certain amount. Of course, speedrunners have been finding ways to get past these doors for years, but as more skips were found, it became possible to not have to pick up a single star at all.

This skip is so incredible that Kanno enters the first Bowser fight at around the one minute 53 mark. For reference, one minute, 6 seconds of that was just spent on entering the castle after the opening cutscene. After that initial boss fight, Kanno is already in the second Bowser stage in just three minutes, 40 seconds. After that, the final stage is entered at around five minutes, eight seconds – which the runner makes quick work of.

This beats the previous world record for the category – also held by Kanno – by around two seconds. While this may not seem like much, this is everything in a game that's been speedrun as much as Super Mario 64. With so many players vying for the top spot over the years, it's only natural that we'll soon reach the human limit of what is possible, unless new skips are discovered. This means that even shaving a few milliseconds off your time is huge in this game.

This also means that players are turning to other ways of testing their skills. As we've previously reported, a runner managed to beat the game in 24 minutes – blindfolded. No, I don't know how either.