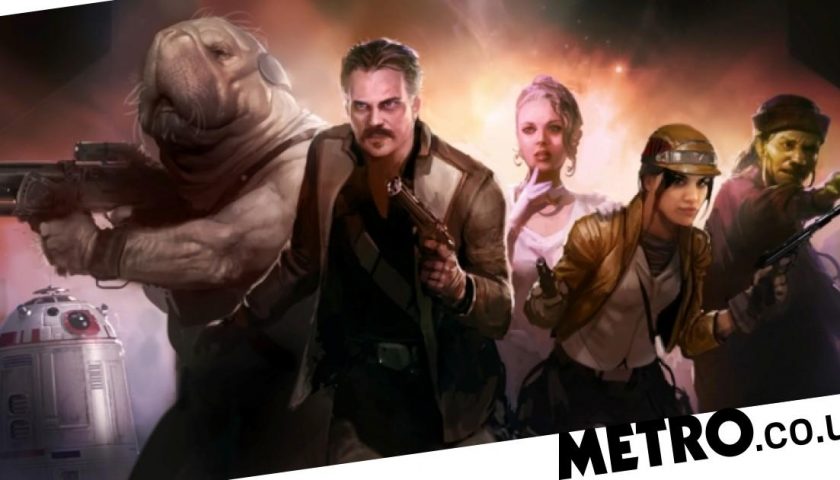 It seems Amy Hennig’s new Star Wars game may not just be similar to her previously cancelled EA project but essentially the same game.

When Lucasfilm announced a new Star Wars game by Uncharted creator Amy Hennig earlier in the week they said almost nothing about it, just that it’ll be a ‘richly cinematic action adventure game’.

The assumption was that it would be similar to the cancelled Star Wars title Hennig was working on at EA, codenamed Project Ragtag, but now it seems it may be exactly the same project, just at a different company.

Although EA likely owns any code created for the game Lucasfilm Games will have retained the rights to anything relating to Star Wars itself. Although since companies aren’t in a habit of sharing their legal arrangements, it could be that Lucasfilm gets everything – or has decided to buy it off EA.

Rumours already suggest that the new game (or new version of the same game) is called Project Walton and that it is set during the original trilogy of movies. By comparison, Project Ragtag was going to be set just prior to The Empire Strikes Back.

A lot of information has leaked out about Ragtag over the years and even more is emerging now, so depending on how much is being changed it may already be possible to piece together what the new game is.

The suggestion that Walton is a ‘revival’ of Ragtag comes from leaker AccountNgt, who previously proved themselves by leaking news of Star Wars Eclipse early. They first shared their news with website DualShockers, although the certainty with which they state it’s a revival differs between the article and the original tweet.

Although the similarity to Ragtag remains in question Star Wars fansite Making Star Wars has offered a synopsis of the original game’s story and gameplay mechanics, so you should consider everything below a spoiler and only read ahead if you want to risk spoiling yourself about the new game.

The main character of Ragtag was supposedly called Dodger Boon (to have been played by Nolan North) and used a lightwhip (as in a lightsaber but a whip instead of a sword) that also doubled as a hookshot. Dodger is a human and so is his female partner Robie Matox, with Natalie Morales from Parks and Recreation pencilled in for the role.

The rest of the cast included an older human male called Buck Freeborn, who is likened to Fagin from Oliver Twist, and an astromech droid called Doc. Then there’s an alien mechanic called Lunak who is from a species invented for the game and looks a bit like a cross between a dog and a manatee.

There’s also Wil Nightstar (or possibly Darklighter, the same as Luke’s friend Biggs) who’s a human male in his 30s and described as a’ scoundrel’, plus a force sensitive con artist called Zanni who’s the guy with the tentacles on his face in the concept art.

The main villain is called Korzan Sable, a 50-year-old human female who’s the head of a criminal empire that’s started a gang war with Jabba the Hutt, with the secret backing of the Empire. The blonde woman in the concept art is Oona Sable, daughter of Korzan, who becomes an ally partway through the story. In the concept art she’s played by Gillian Jacobs from Community.

The story would’ve begun on Tatooine (back before seemingly every Disney+ show was set there), with Jabba hiring Dodger and Robie to kidnap Oona. They succeed but are talked into doing a job for the Rebellion by Buck, which involves infiltrating a ‘pleasure palace’ that belongs to a third crime family.

It later turns out that the Empire is using Korzan to test a new chemical weapon called the Death Blossom, and the finale ends in the remains of Alderaan, of which Dodger is a native.

Making Star Wars has a lot more detail beyond that, if you want to spoil yourself even more, as well a copious amount of concept art and storyboards.

It certainly all looks authentic, so the main question is how much the new game will resemble the old one.

Situations like this, where one publisher continues the work of another, are rare so it’s hard to guess what will be kept and what won’t, although the fact that the original game was meant to look and play a lot like Uncharted will almost certainly still be true.