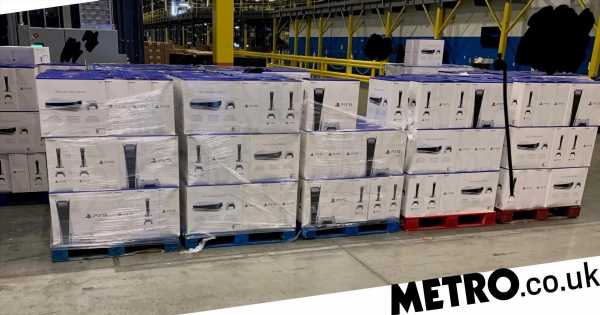 The new version of the PS5, that’s supposed to be 300g lighter than the original, is already turning up in stores in Australia.

If you currently own a PlayStation 5 then the bad news is that it’s already been replaced with a newer model. The good news is that the new version is hardly any different at all.

Sony announced a new version of the Digital Edition last month, by releasing its manual online and detailing the fact that it’s 300g lighter and features a new screw in the base.

At the time it was implied that these changes would only be for the disc-less Digital Edition but the version that’s turned up in stores in Australia is actually the more expensive standard edition.

The new console was photographed by Australian website Press Start and has the model number CFI-1102A. The model number revealed by Sony, for the new Digital Edition, was CFI-1100B.

Press Start hasn’t yet been able to confirm that the new model is lighter but according to a purchaser it does have the new screw in the base – which may sound a laughably small change but means you can adjust it by hand instead of needing a screwdriver.

Australia is the first country to report getting stock of the new model but it’s likely to turn up in Europe and beyond within the next few weeks.

Assuming the new model is lighter it’s still not clear why that might be, although Sony has already changed the internal components once before, swapping out the wireless comms for a different make, and this is likely to be a similar situation.

The model is not meant to be a secret – the manual for the Digital Edition was on Sony’s website – and Sony has previously stated that they will look to change many of the components over the coming months in order to try and keep up with demand.

Component shortages have been a problem for every digital device since the start of the pandemic and Sony has said they’ll change similarly components whenever needed, if they make no difference to performance.

On the other hand, the change of screw shows they’re not above making some minor improvements while they’re about it.