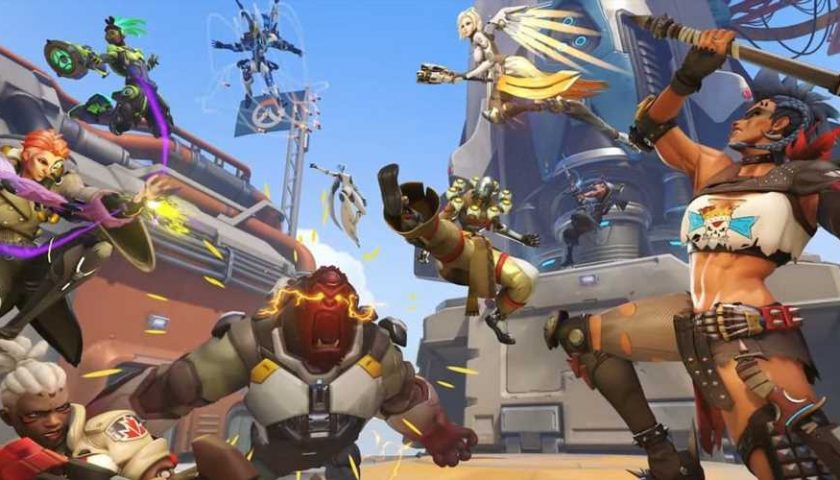 With less than a month to go until Overwatch 2's full launch, its newest hero has been leaked somewhat ahead of time. An unfinished cinematic showcasing a character called Kiriko for the very first time is being shared online. This reveals her look and abilities, and it all lines up with the teases Blizzard has been putting out into the world as far back as June.

Kiriko's cinematic was first posted by YouTuber Kuriboh cervantes (via PC Gamer) but it didn't take long for Blizzard to get it taken down. The internet being what it is means it will likely still be out there somewhere if you look hard enough, of course. Blizzard acting so swiftly also makes it very likely the cinematic was genuine, even though the YouTuber admits they have no connection to the studio.

Aside from the fact the studio won't have wanted Overwatch players to see the game's new hero until it said so, the cinematic is also far from complete. Some of the shots and a lot of the voice acting are unfinished. However, the Kiriko name attached to the clip backs up information that was previously leaked by a listing for Overwatch 2's Watchpoint pack.

As for what you can expect from Kiriko if and when she is added to the game, the fox-based clues Blizzard has been leaving since the Xbox Bethesda showcase are connected to a couple of things about her character and abilities. Not only her headwear but also her ability to summon what appears to be the spirit of a fox. She's also shown teleporting and seems to be able to heal herself.

Blizzard has run a number of betas for Overwatch 2, but the long-awaited sequel will finally get a full launch on October 4, 2022. It seems likely Kiriko will be officially revealed at some point between now and then, and that she will be unlockable via battle pass progression. The future of Overwatch and other Activision Blizzard games remains up in the air as non-Xbox owners continue to fear its acquisition will make them console exclusives. Xbox continues to claim that won't happen.