With Halo 2: Anniversary on its way shortly to PC, there were still a few unknowns going in. However, a few details have trickled down regarding the re-release that are worth noting before its PC release.

According to GameSpot, the game is bringing some additions to both its single-player and multiplayer components. Halo 2: Anniversary‘s recent development update states that the game will be bringing new multiplayer customization options to its PC re-release.

The game, for instance, will let you choose between body types, which includes all genders of Spartan and the available Elite option. You can also choose from a selection of armors, as shown in some images, and a variety of colors allows you to customize your Spartan or Elite as you see fit. There are both Primary and Secondary colors, both of which include 29 color variants. 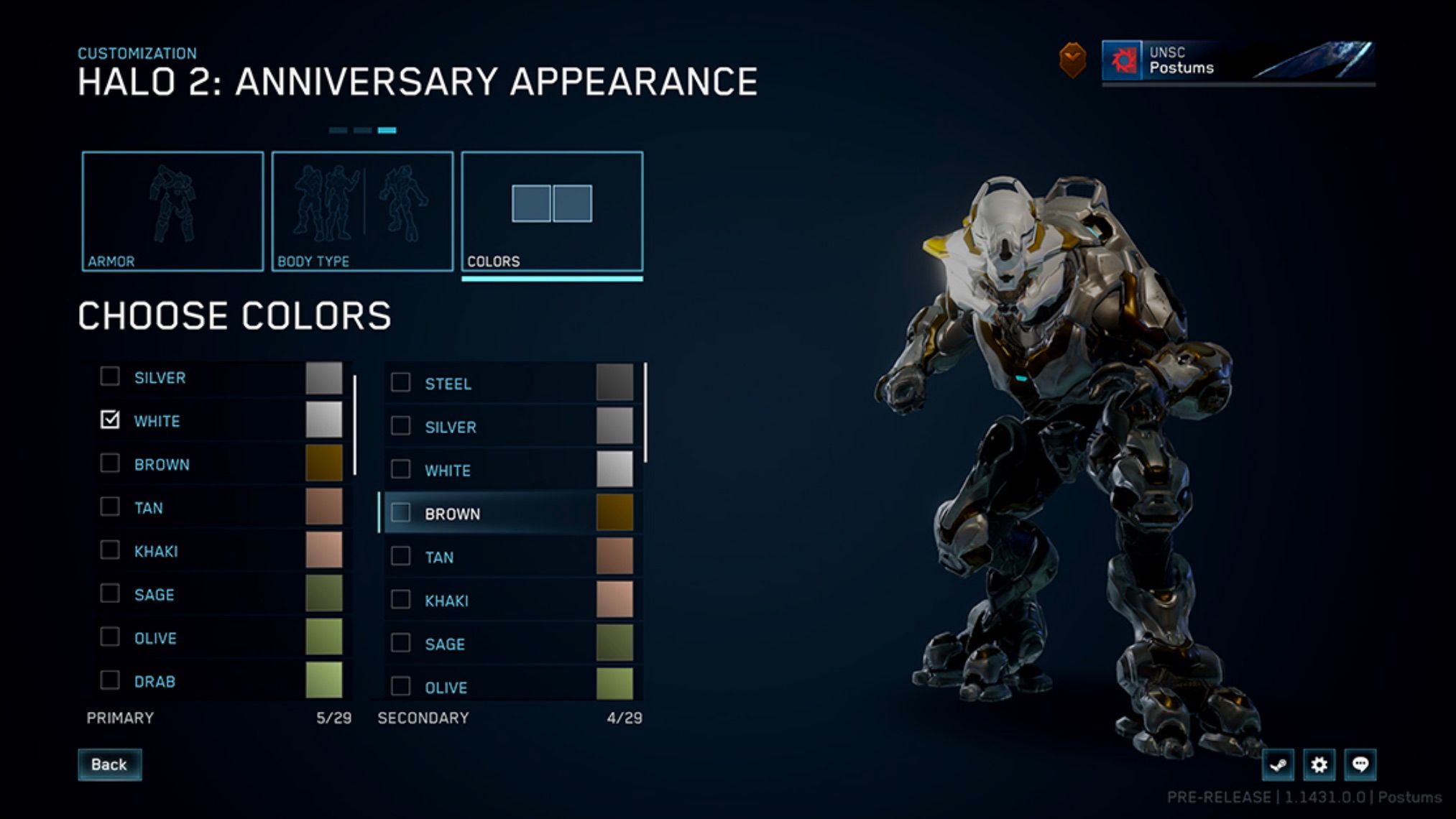 The images illustrating character customization options were noted as being “a work-in-progress” for both Elites and Spartans.

Halo 2: Anniversary‘s PC release will also be bringing a number of other additions to the game. For instance, campaign missions such as Gravemind, The Oracle, and Quarantine Zone will be available to play at all difficulty levels. This applies to both single-player play and co-operative play, both offline and online.

The development update also details the multiplayer modes and maps to be included in the multiplayer components for both Halo 2 and Halo 2: Anniversary. Both will include 2v2, 4v4, and 8v8 in terms of social matches. As well, H2C Team Hardcore will be available for competitive matches.

Halo 2 and Halo 2: Anniversary both appear well-equipped for their PC additions to Halo: The Master Chief Collection. On Xbox One, the game has gone through its share of technical challenges, especially upon its release. However, it has improved dramatically since, and hopefully, the PC release turns out to be smoother and more polished than the original Xbox One release.

Twitch will lose out to Mixer in the future, says Shroud