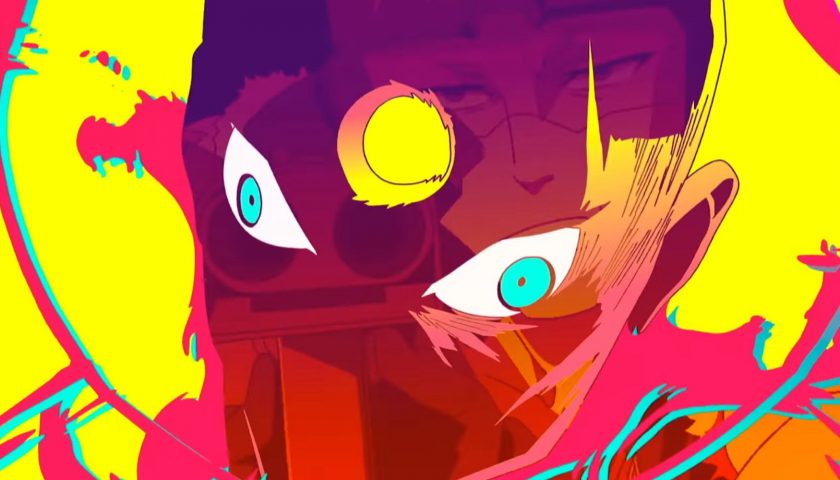 We’re just a few short months away from Cyberpunk: Edgerunners’ arrival on Netflix, so the streaming giant has graced us with the show’s psychedelic opening sequence.

Set to “This Fffire” by Franz Ferdinand, Night City takes center stage during Cyberpunk: Edgerunners’ opener. A silhouette of the city is filled in by rapidly flashing images of the cityscape while colorful splashes of light stand-in for streetlights, blood splatter, and broken glass.

Related: Cyberpunk: Edgerunners Looks Incredible And It's All Thanks To Studio Trigger

The show’s protagonist, David, can be seen running towards something that eventually winds up with him getting shot in the forehead. A potential spoiler, or perhaps a red herring? We’ll have to watch the show to find out.

We got our first look at Cyberpunk: Edgerunners back in May as a preview to Netflix’s Geeked Week, and then we got two short clips during Geeked Weed itself. The first showed a gang deal gone very bad after David snatches a girl from being trafficked. The second clip is more cerebral, with flashes of Edgerunners shown while a heart monitor beeps in the background. A holographic fish leads to exploding cars on a highway chase scene while chromed-out cyberpunks off each other using ever more creatively-shaped guns.

In the meantime, Cyberpunk 2077 is a mostly fixed game after almost two years, although it’s still missing features. One of those features is a dressing room for players to try on clothes before they spend their hard-earned cash. One Reddit user’s proposed solution is generating some buzz as it might finally bring Cyberpunk 2077’s character creator up to an early 2010s standard.