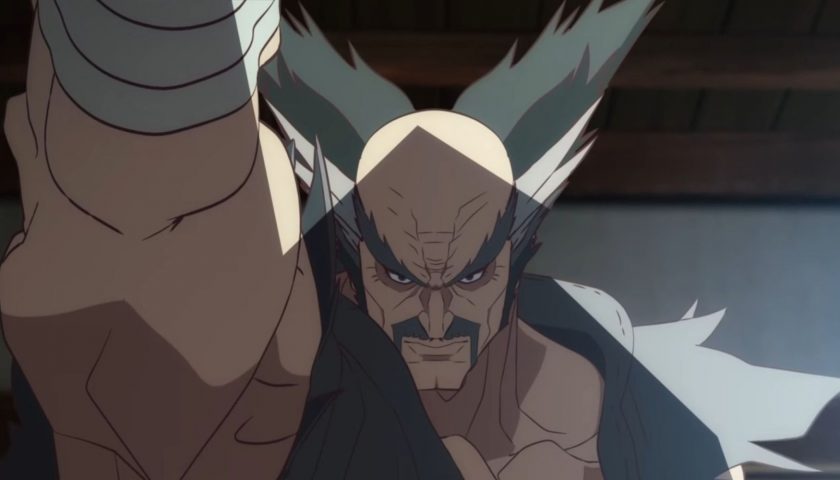 Netflix has released the official trailer for its anime series Tekken: Bloodline, and it's shaping up to be a faithful adaptation, sticking pretty closely to the source material.

"Power is everything" is the show's slogan, and it's a suitable one considering how the Mishima family has been the backbone of the games and their twisted, complex, and compelling story arcs. But a television show usually follows a main protagonist, and in Tekken: Bloodline the show's producers and writers settled on Jin Kazama, which makes sense.

A significant part of the trailer shows Jin getting pretty beat up by his grandfather Heihachi. It's not just family abuse though, because they're martial artists and Jin must be toughened up. After all, there's a fighting competition to attend.

The show hearkens to Tekken 3, as it appears Ogre is a major antagonist, and who was the boss in the PS1 game. No doubt some supernatural devilry will be present in this anime show.

Elsewhere, we get looks at Tekken stalwarts such as King, Paul, Nina, Ling Xiaoyu, Hwoarang, as well as Leroy Smith who first appeared in Tekken 7. The American martial artist is an interesting addition to the show considering he's a fairly new character. There's also Kazuya who shows up evilly, albeit in flashback it appears in the trailer, but surely there will be some twists in the tale in the full series.

"Jin Kazama learned the family self-defense arts, Kazama-Style Traditional Martial Arts, from his mother at an early age," reads the official description. "Even so, he was powerless when a monstrous evil suddenly appeared, destroying everything dear to him, changing his life forever. Angry at himself for being unable to stop it, Jin vowed revenge and sought absolute power to exact it. His quest will lead to the ultimate battle on a global stage — The King of Iron Fist Tournament."