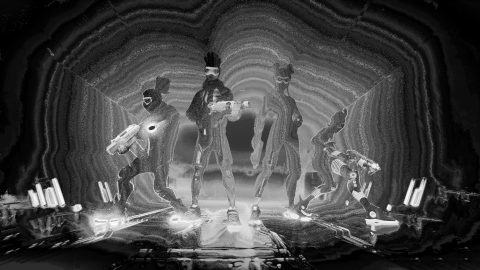 Blasters of the Universe developer Secret Location announced the project at the Upload VR Showcase today. We saw a short teaser of the game where a set of characters load up some iconic weapons. Check it out below.

Ultimate Championship will be a competitive multiplayer shooter in which players wield both new and classic Nerf designs in arena-based battles. Fans will cheer you from the side as you go head-to-head in team-based matches. Games are intended to be fast-paced.

“NERF Ultimate Championship marks an important milestone for us as the first collaboration with our new parent company Hasbro,” Kathryn Rawson, VP Content at Secret Location, said in a prepared statement. “Everyone on the team is excited to bring those epic Nerf battles from our childhood into the immersive world of VR and to the growing Oculus Quest audience when the game launches next year.”

And that’s it for now. There’s plenty more to learn about the game but we’ll have to wait until we’re closer to its 2022 launch to hear more.

Are you looking forward to Nerf Ultimate Championship? Let us know in the comments below!