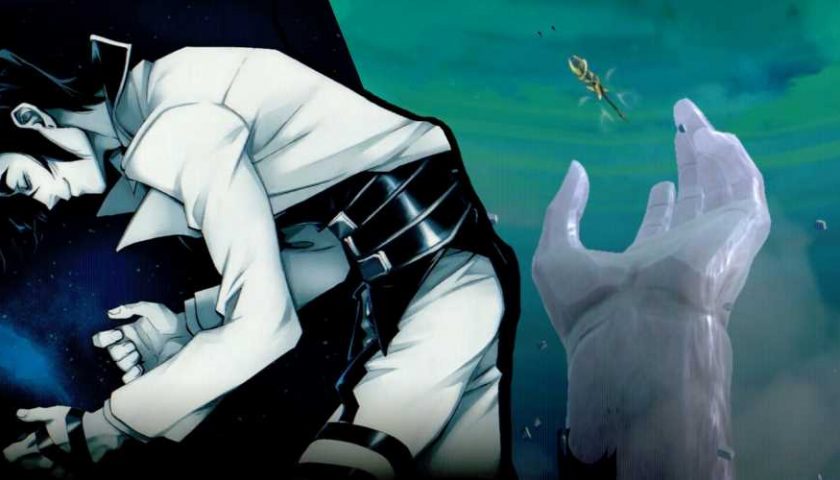 With the twelfth mission of Neon White, the game is finally coming to a close. We are almost there; just two more Ace medals left. While only the first of the two has a traditional shortcut, we will be sure to give you all the juicy tips on how to quickly take care of Neon Green. Thankfully, you have already worked your way through a hundred levels of Neon White at this point, so nothing you see in these final two stages is going to exactly shock you.

However, Neon Green still puts up one hell of a fight, so you shouldn't expect him to go quietly into the night. Prepare to smash some crystals and zip along a few alternate dimensions. We end Green's reign of terror today! 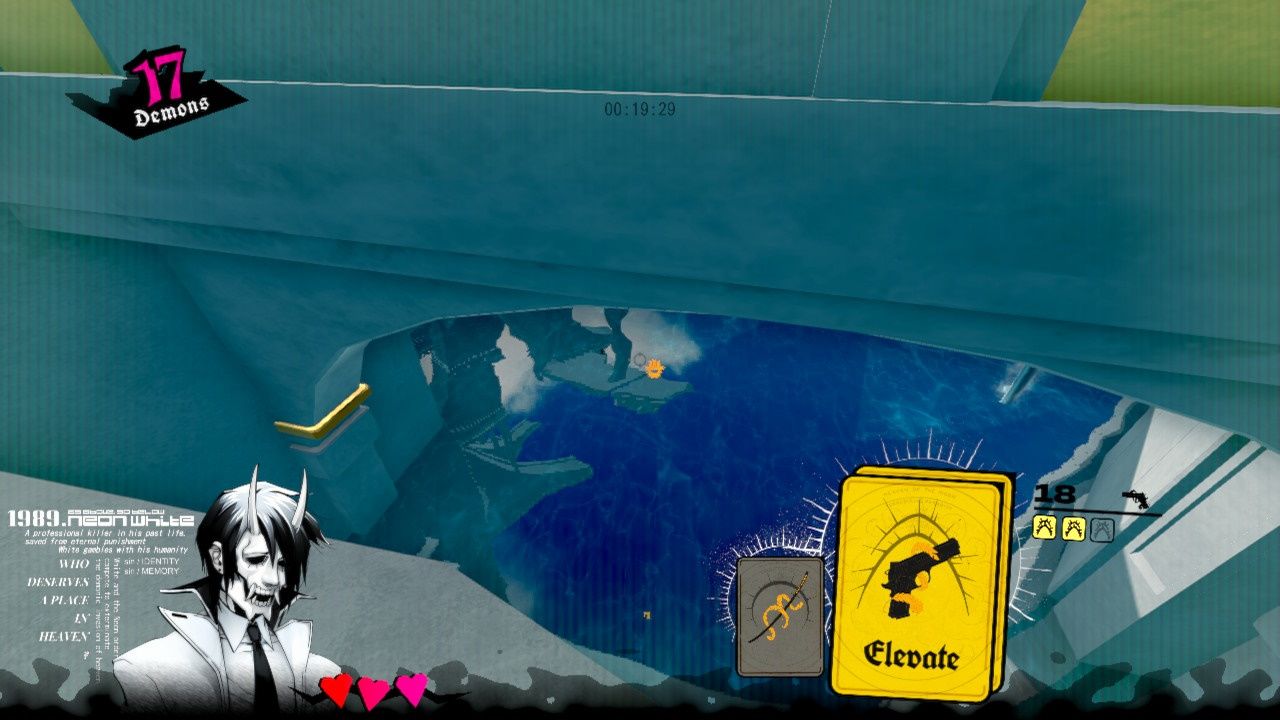 This shortcut is right at the beginning of the stage. Right after Neon Red shoots the exploding barrel in the hallway, you will jump off a balcony and onto a ground of demons. There is a canal here that leads to a raised platform. You are going to ignore it, grab the second handgun (you obtained the first when you stomped on those demons), and look to your left. 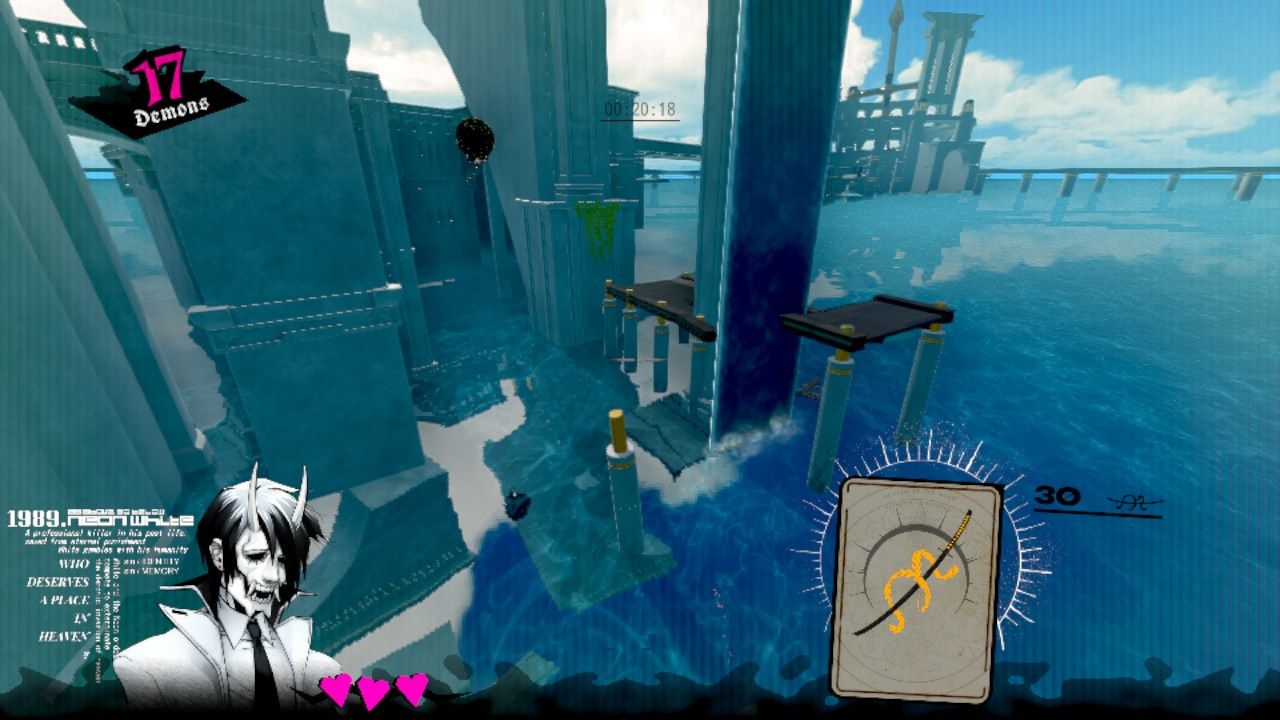 Drop down under the stone arch and use both handguns to hop on over to the pillar sticking out of the water. From here, immediately jump to the nearby platform. Now just grab the assault rifle from the treasure chest and do a bomb jump straight into the balloon demon. This shortcut is a pretty meager one, but it will save you a couple of seconds. 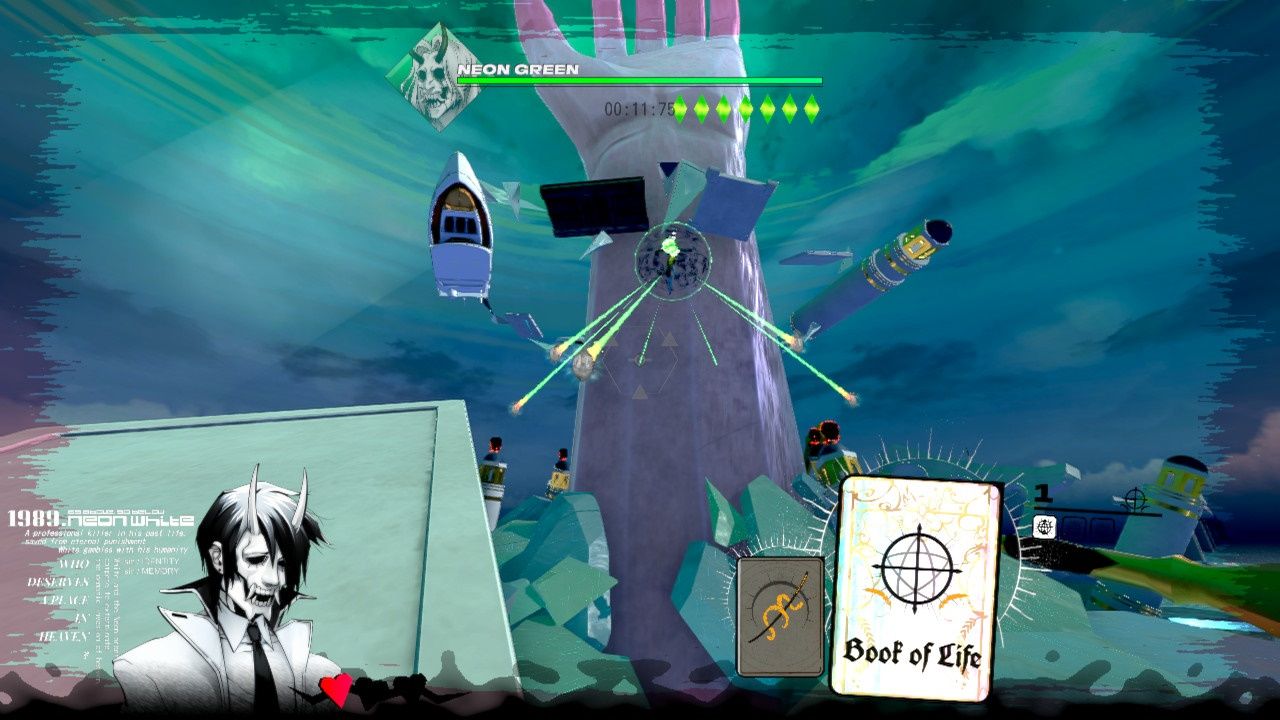 It is here: your final confrontation with Neon Green. While Green is in rare form here, you now have the Book of Life, so the playing field is essentially leveled. You will start by racing to the Book of Life card. From there, jump at Green and teleport to each crystal that is encircling the central structure. Don't worry about the demonic heads, they will lose interest in you as you pass them by. Once you have taken care of the crystals, teleport into Green, then once he vanishes, teleport to the green hand that remains. 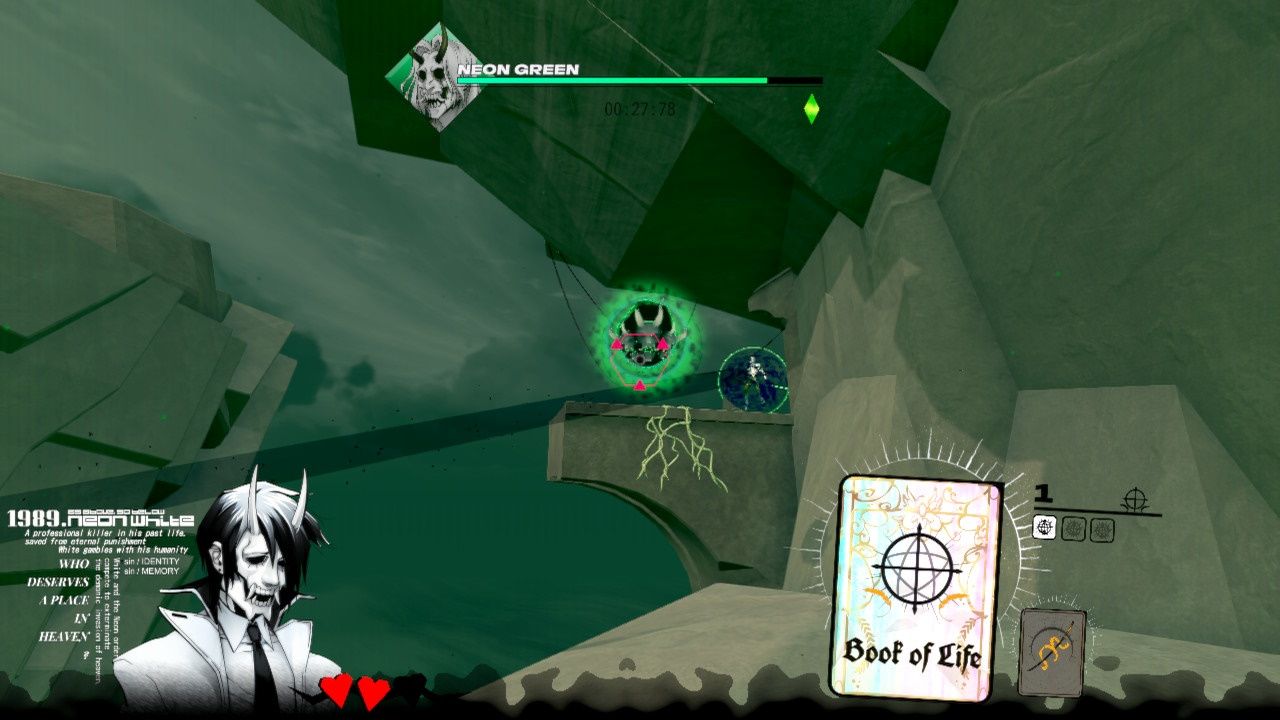 Now you will be in another dimension. Teleport to each crystal as they appear. In order to bridge the gap between crystals, you will teleport to the projectiles Green fires at you as well. Once you get the rocket launcher, zip toward the crystal, then slam down on the remaining three crystals by discarding the SMG. Now, teleport into Green and return to the regular world. 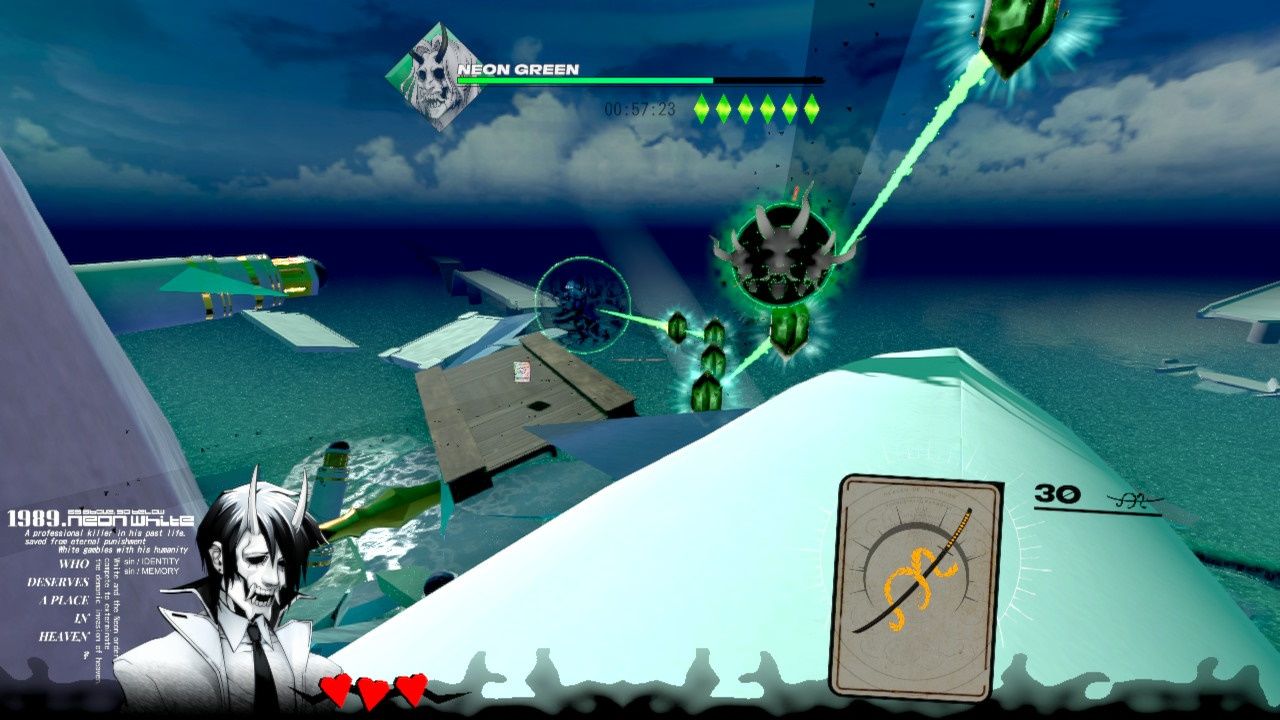 When you arrive back in the boss arena, you will need to grab the Book of Life card again. Now, Green is going to be circling the tower with his crystals following close behind. If you can, target the first crystal behind him and rapidly hit the secondary ability button. If you are lined up nicely, you may quickly slam into a quick succession of crystals. Once you take them all out, you will be sent to another dimension again. 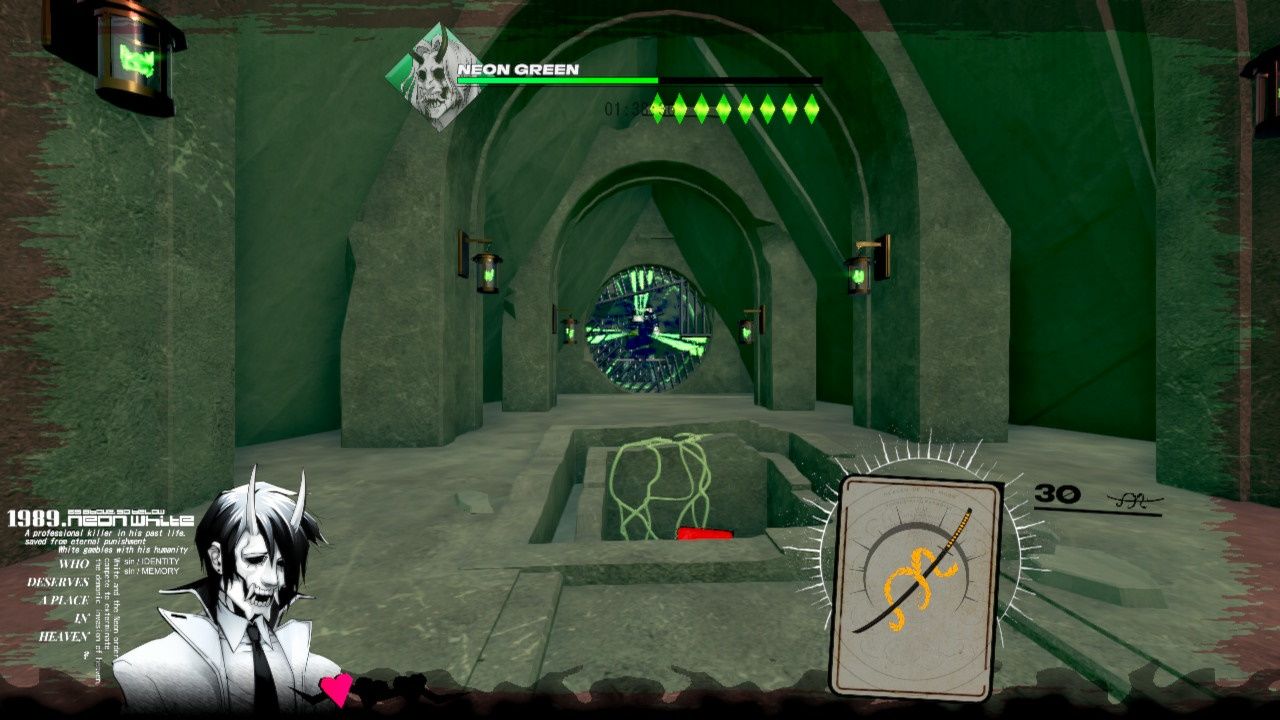 Here you are going to drop down into a pit and work your way through a bunch of demons. Stay mobile. Remember, you are not obligated to take all the demons out. Just make sure you shoot the demonic heads, as they will end your run if they get a shot off. Once you have the rocket launchers you will zipline your way through the crystals and straight to where Green is. 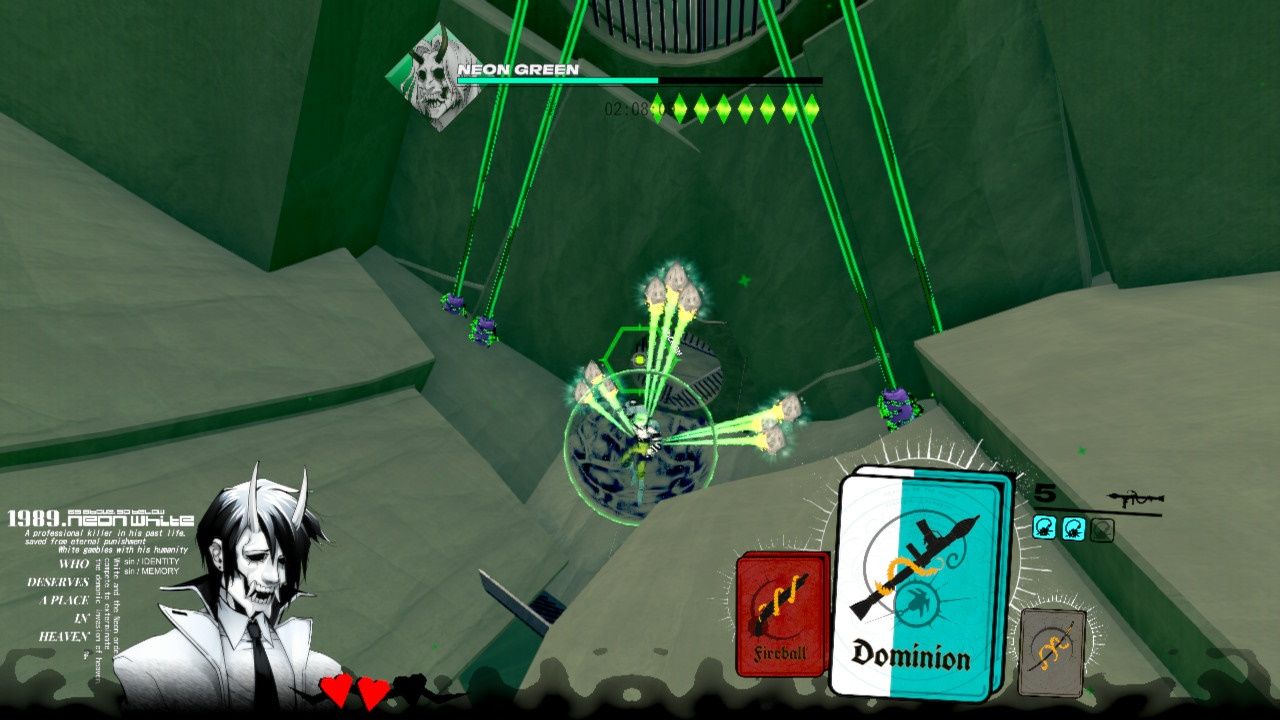 Take out the two crystals up top and then jump up and shoot the rockets down on the clusters surrounding Green. You will have an excellent vantage point here, so be aggressive and take those crystals out fast. Once the crystals are gone, unload the rocket launcher into Green, and you will head back to the arena. 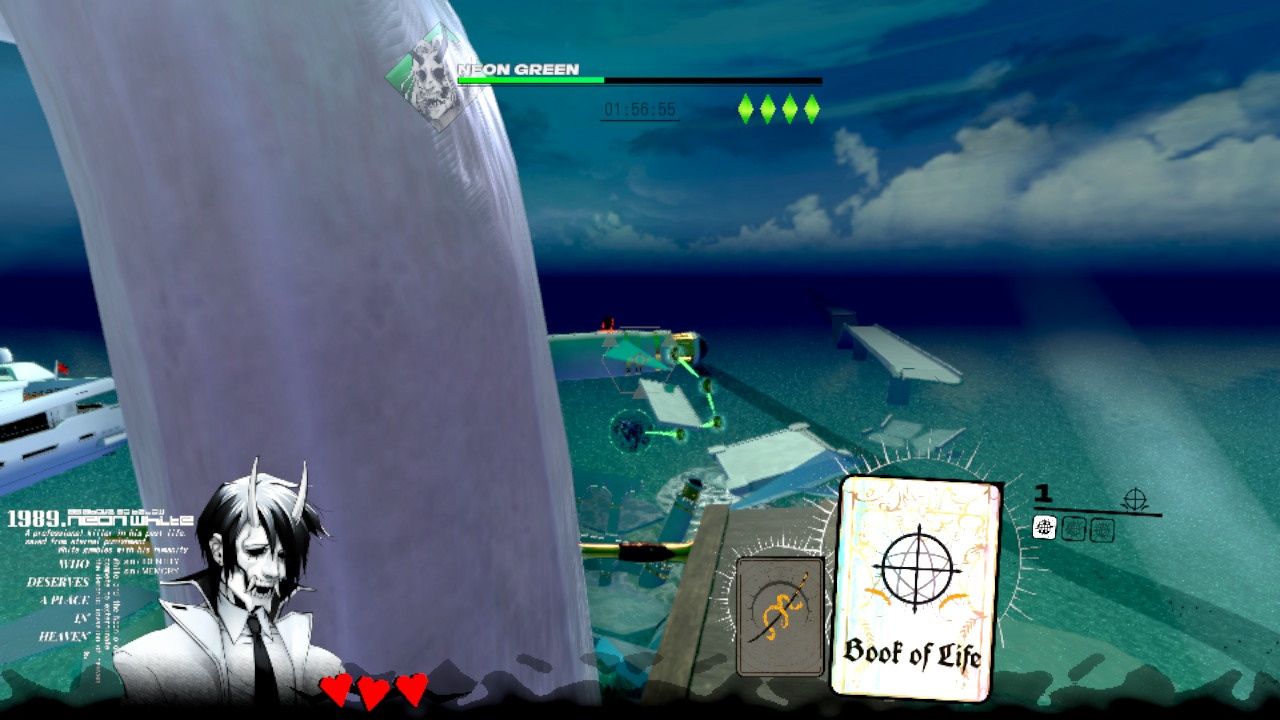 This stage of the boss battle is very similar to the one before last. Green is just circling the tower with his crystals following him. The big difference is that Green's movements are now highly erratic. Also, there will be demonic heads just waiting to snipe you. If a demonic head starts charging, take it out. Beyond that, try to stay on top of Green.

Also, make sure to rapidly press the secondary fire button, as you may, once again, be lined up to take out multiple crystals in quick succession. Once you take the crystals out, slam into Green and prepare to enter into the final alternate dimension section. 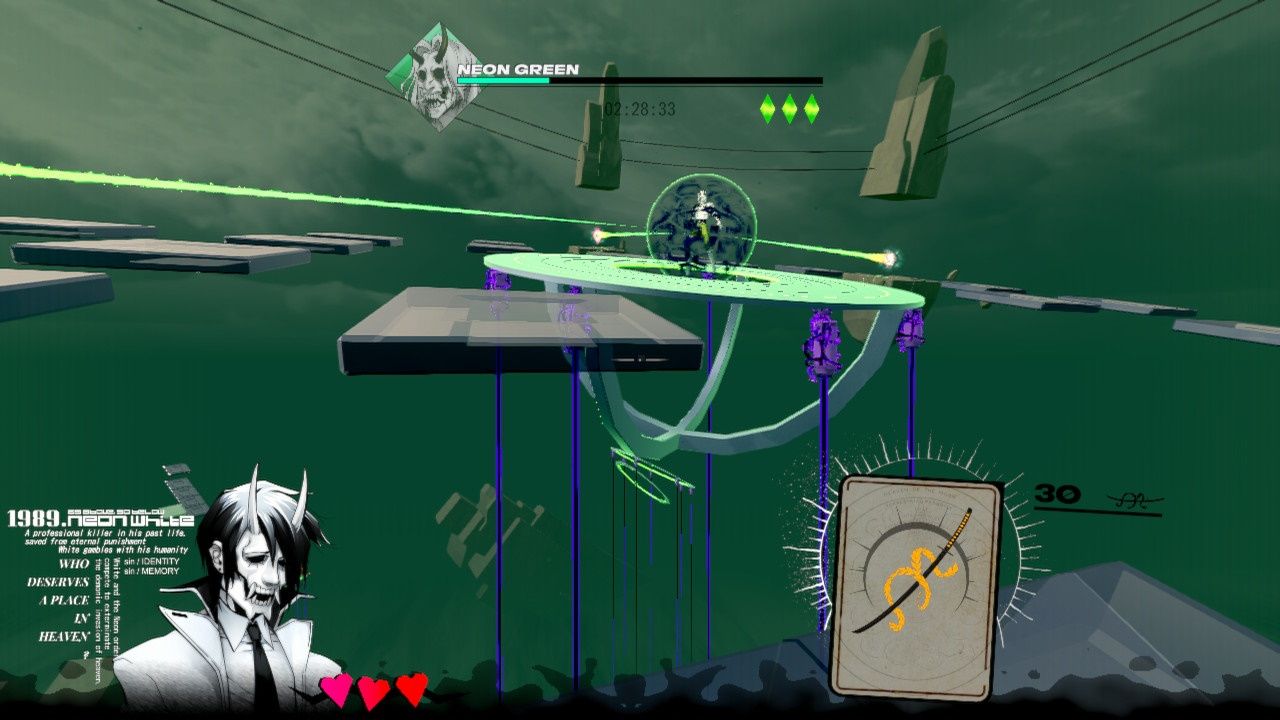 In this section, you are going to want to dash into the first green hand, and then zipline to the next one. In the next area, you will have to travel across a number of glass panels to get to Green. You will only have your sword. The crystal on the right holds the Book of Life. So, head toward the central platform, dodging Green's projectiles, and get the crystal on your right first.

Once you have the Book of Life you can just zip between the remaining two crystals (which will also heal you), and then slam into Green. Now you will face off against Green's final form. 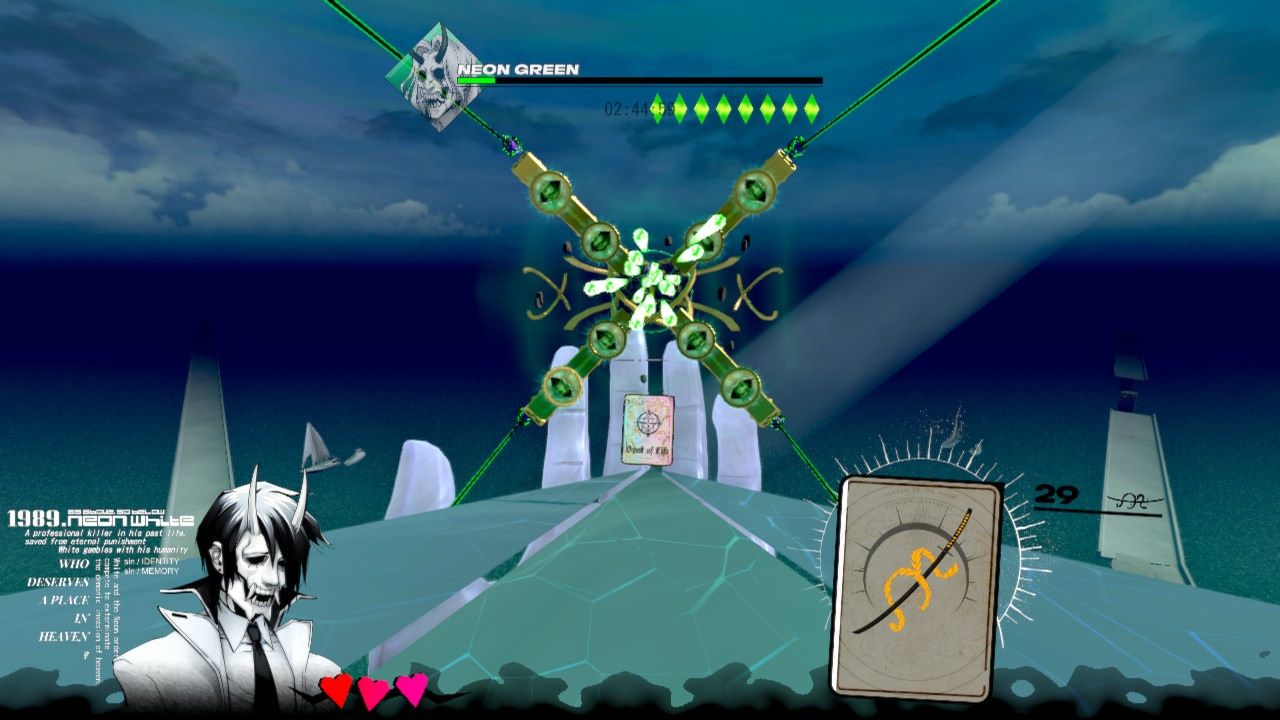 Keep in mind that there are no healing items available in this final section. So, you need to be careful about taking shots. Once you clear those eight crystals you will have finally beaten Green for good. Now all you need to do is sit back and enjoy the show. If you played your cards right, you should be awarded your final Ace medal.