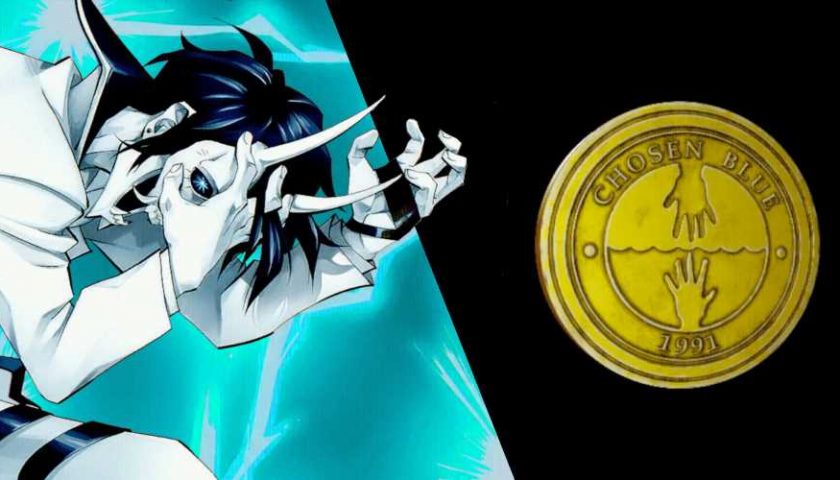 Neon White's eighth mission is one that wants you to do one thing to claim your valuable presents: climb. You will be scaling massive structures unlike anything else you have seen in the game so far. Thankfully, you have a new soul card that will assist you greatly in accomplishing this goal, as with the eighth mission, you gain access to the rocket launcher!

With the rocket launcher, your standard shot is a means to traverse the environment. You will be rocket jumping all over the place. Alongside those rockets, you will also gain access to a far-reaching zipline ability. Honestly, these tools are so incredibly potent that they give you the ability to express yourself and make your own path to some of the gifts in these stages. But don't worry, we aren't going to leave you in the lurch, this guide will lead you to every last present. 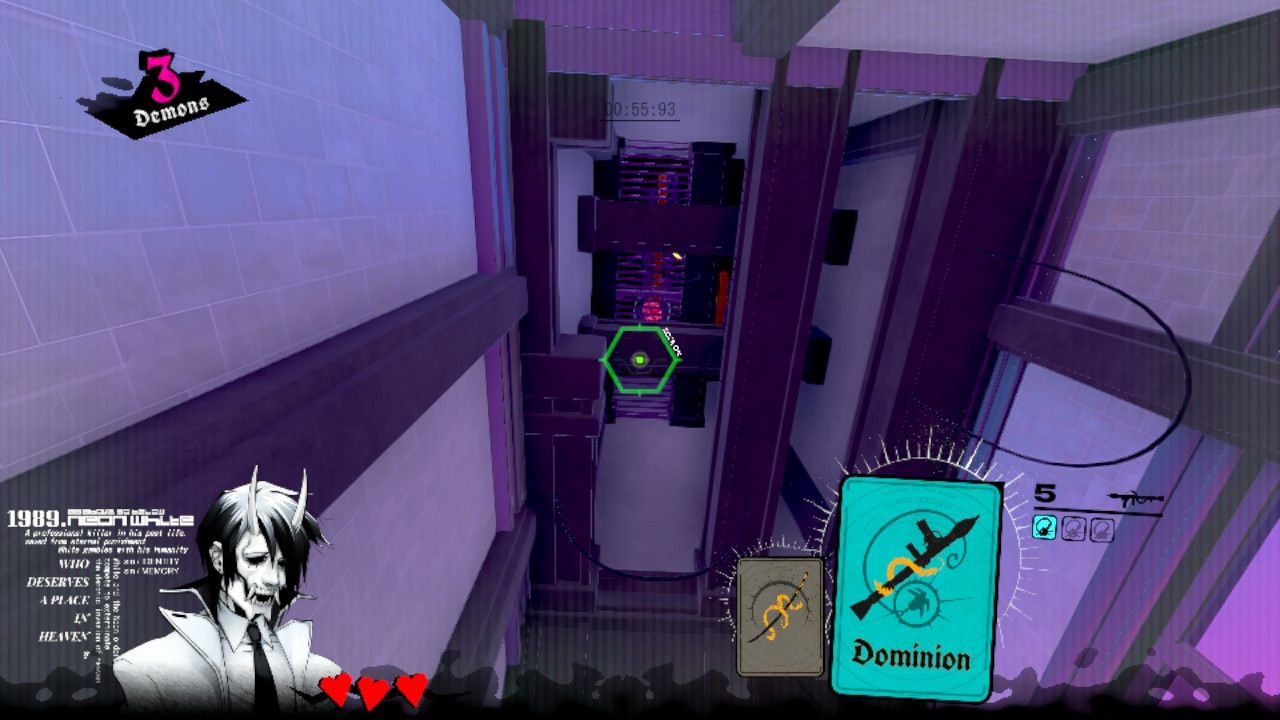 Once you get to the section of the game that has the destructible red doors, instead of dropping down, look up. There is a present just waiting for you up above. You only need two or three rockets to rocket jump your way up here, and you should have substantially more than that at this point in the stage. 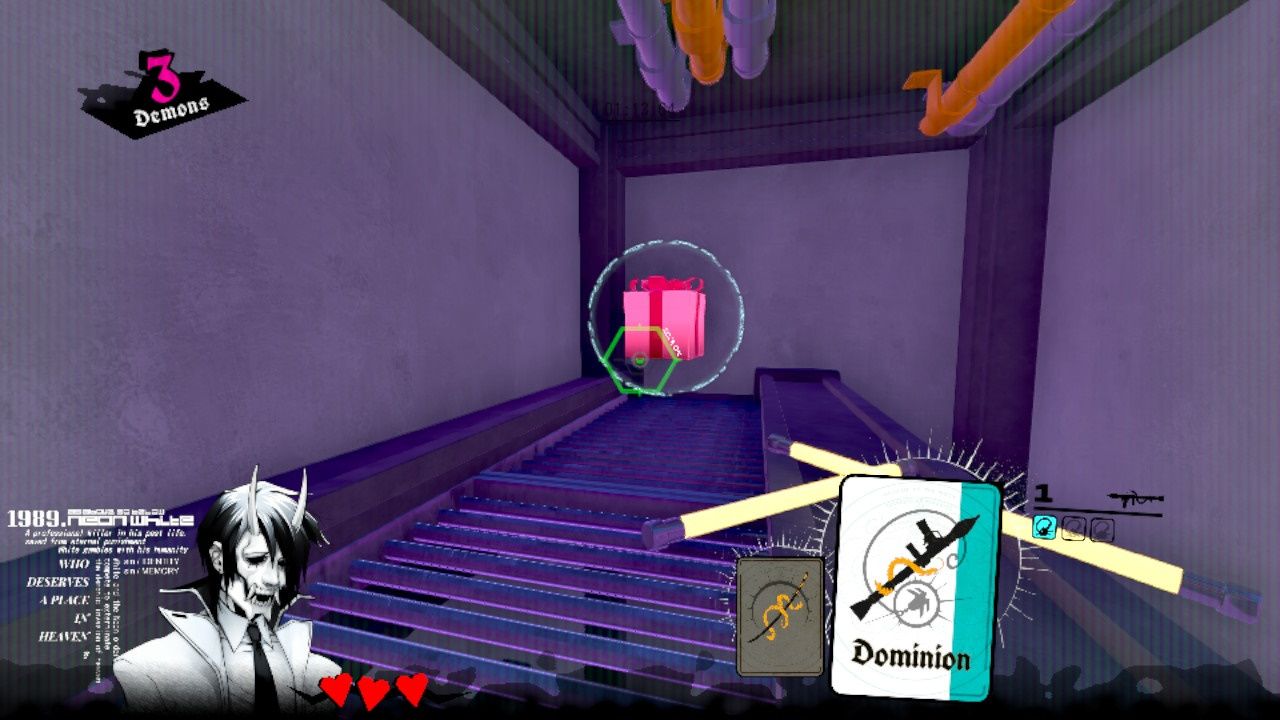 The only thing to be aware of is that you can get stuck under the edge of the surrounding beams if you aren't careful. Just jump past them at the beginning. Your reward will be a bottle of Perfume. 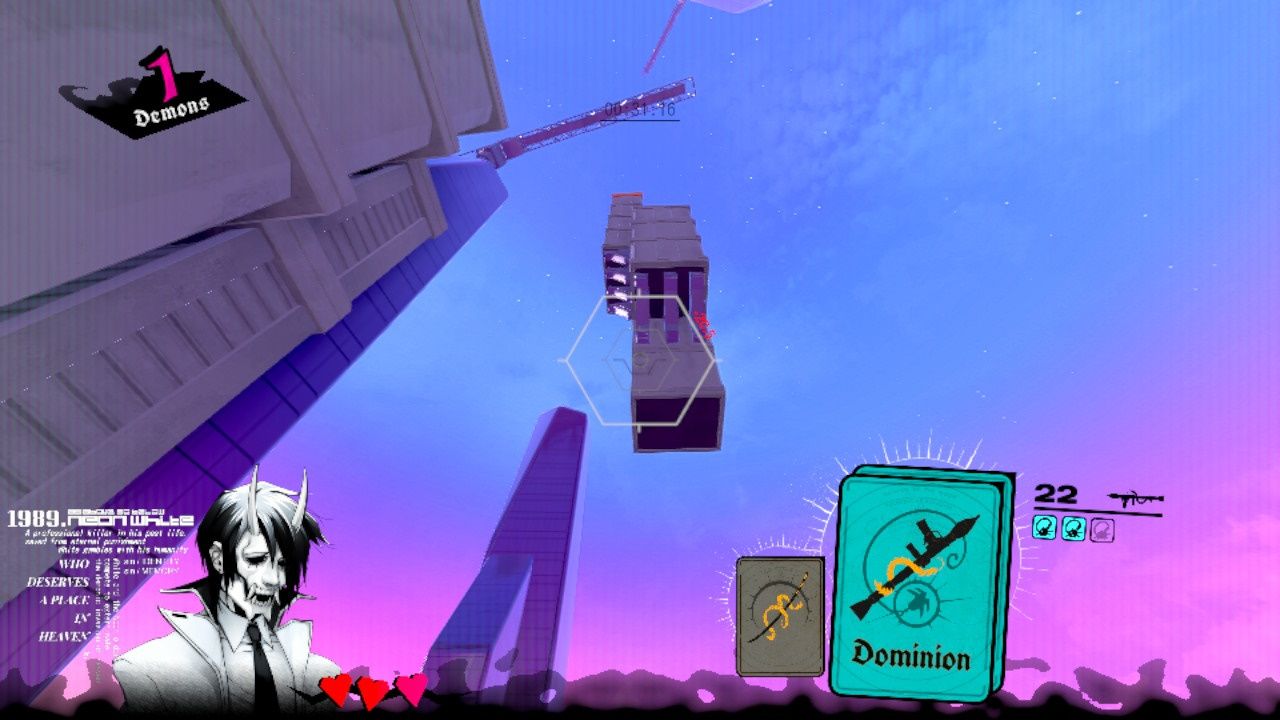 Instead of ziplining your way up the building you start in, you are going to want to propel yourself to the top using rocket jumps (this can be a touch tricky, as you can get hung up on the ceiling if you are too close to the wall). That way, once you get to the roof, you will have two rocket launchers. Now, continue the stage as you normally would until immediately after the section where you zipline to the underside of a building that is streaked with orange. 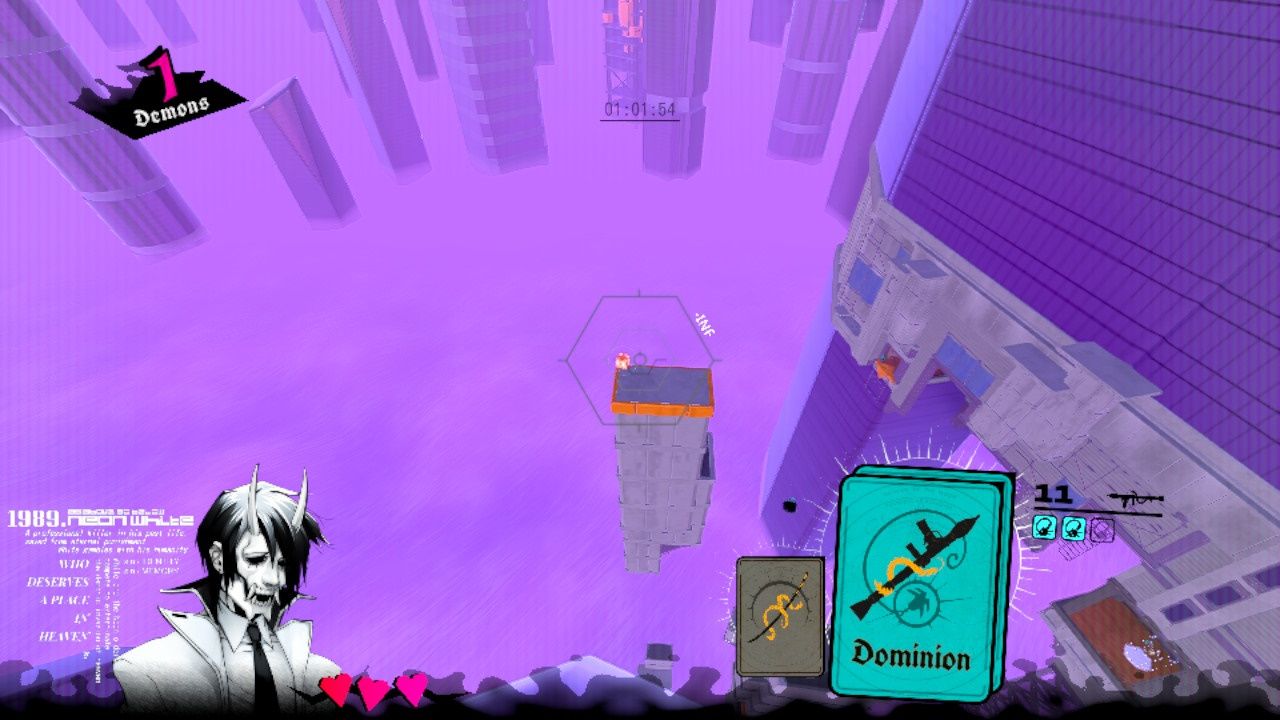 From there, look up. You will see another building just floating in the sky. You need to get there. So, rocket jump your way up the closest structure, get on that roof, then jump over to the next closest skyscraper and rocket jump your way up that one too. From the top of this building, you will be able to look down and see the present. Jump down and claim your present: the Cigars. 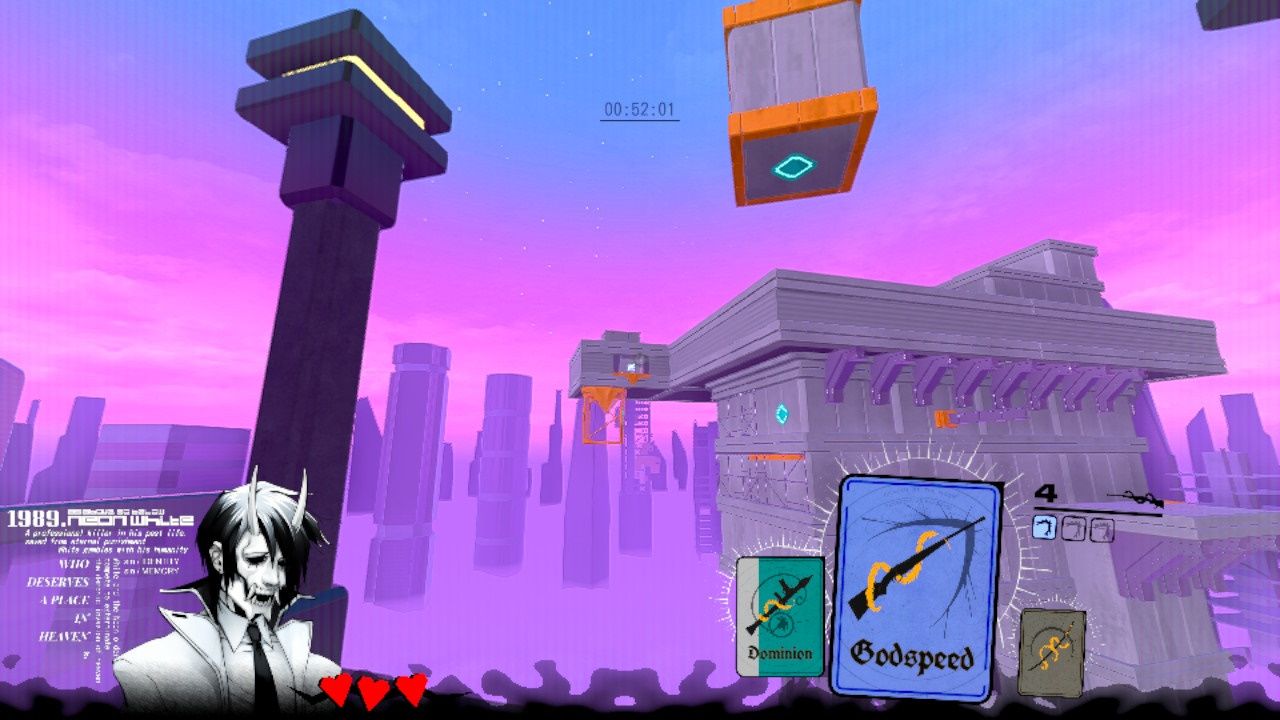 For this gift, you are going to want to complete the entire stage as you normally would; just try to not be too wasteful with your rockets, as you need to have a reasonable supply by the end of the stage. By the time you reach the level's exit, you should have three whole rocket launchers. Now, from the stage's exit, turn around. You will see the present off to the left. Just use your rocket launchers to zipline over to it. With three rocket launchers, you will have more than enough tools to get to it. You will be rewarded with a Lucky Cat Statue. 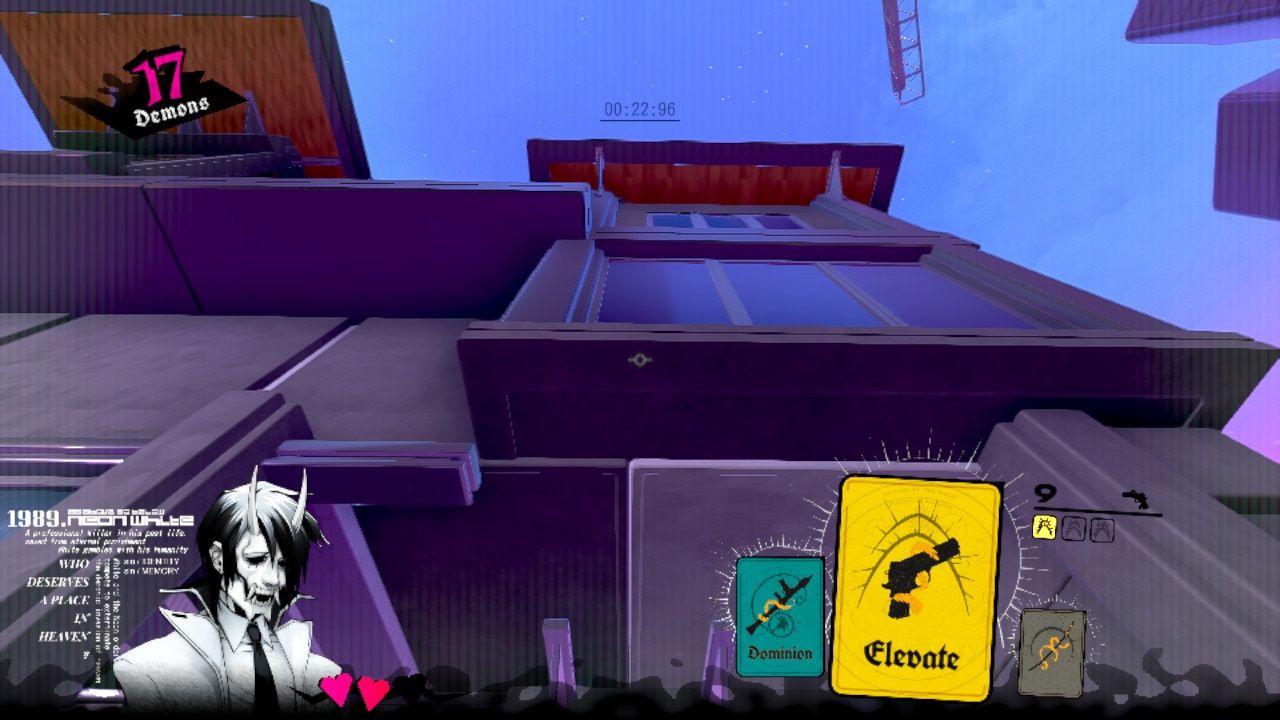 There will be a section in this stage where you slam down into a canal. From there you will take out a yellow demon. Stop right there. You don't want to proceed on to the blue demon in the distance. Instead, stand on the ledge, turn around, and look up. 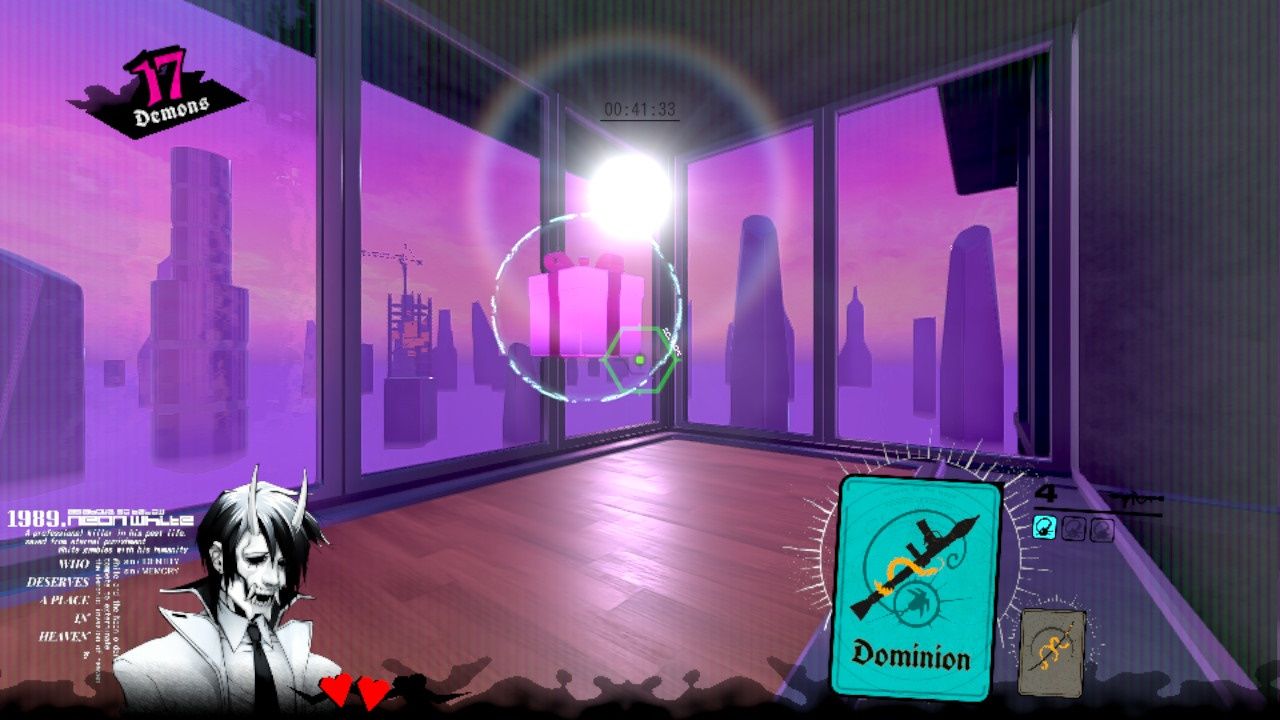 Use your pistol and rockets to hop up to the level above the canal. From there, enter into the room with waterfalls. Rocket jump your way up that room and grab your present. You will lay claim to the Tattletail Toy. 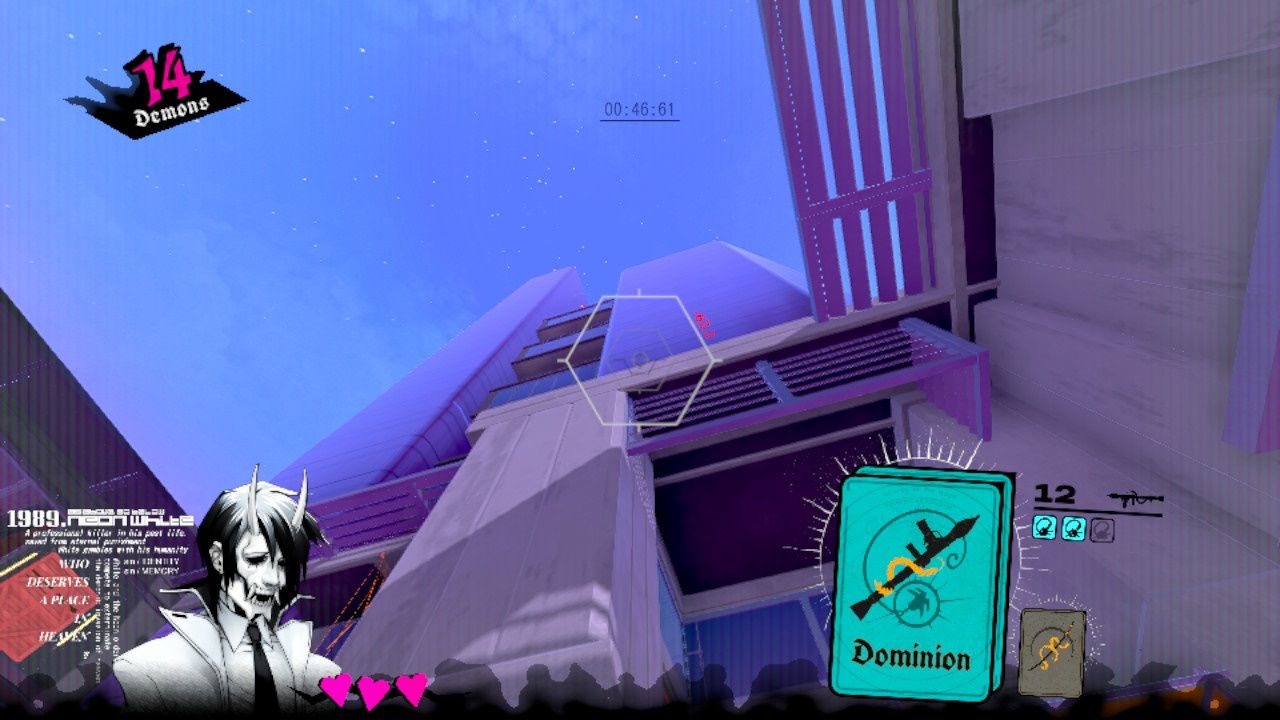 There is a section of this stage where you will follow a canal that hooks around an apartment's balcony. You will then burst through one of those red destructible doors. However, instead of continuing on with the stage, you are going to want to scale the extraordinarily tall building you end up beside after bursting through that red door. 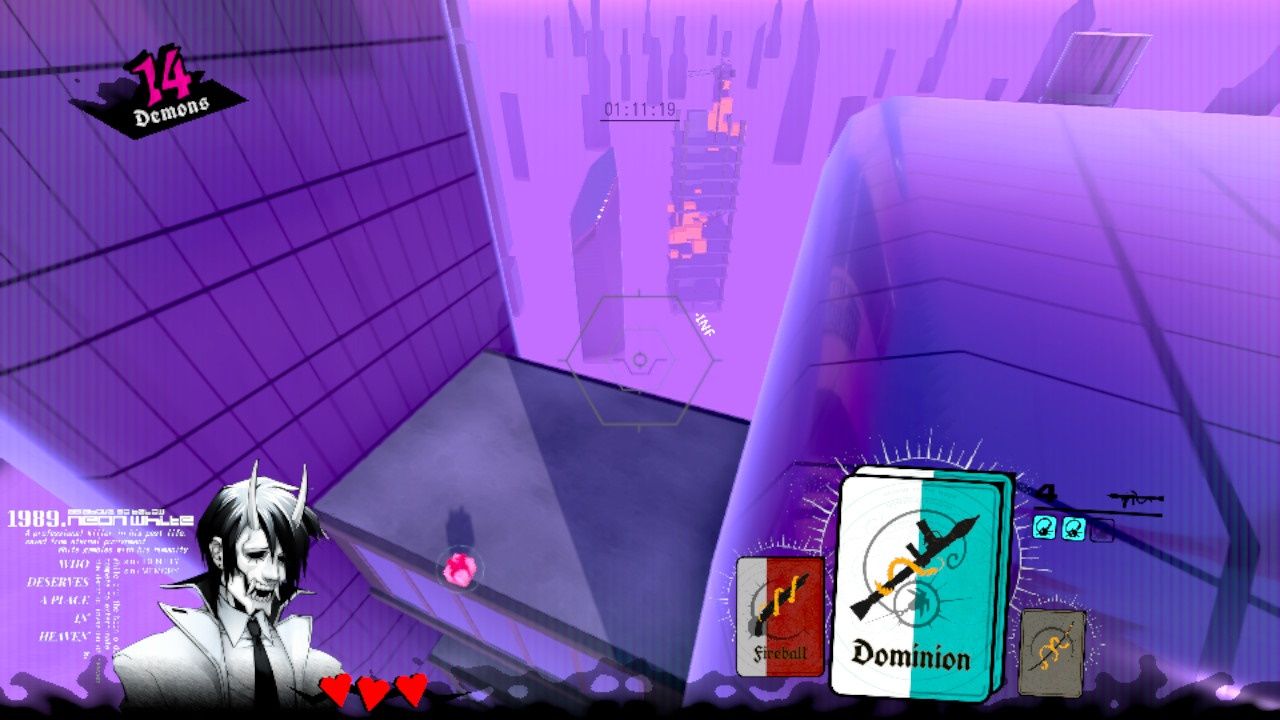 It will take the better part of ten rockets to get all the way up to that present. So, just make sure to favor platforming with the shotgun abilities instead of the zipline in the early goings of this stage. If you do so, then you should have at least that many on hand at this point (as well as a shotgun that has the useful fireball ability). It shouldn't be too hard to get up here once you know where the present is. You are now the proud owner of a bottle of Perfume. 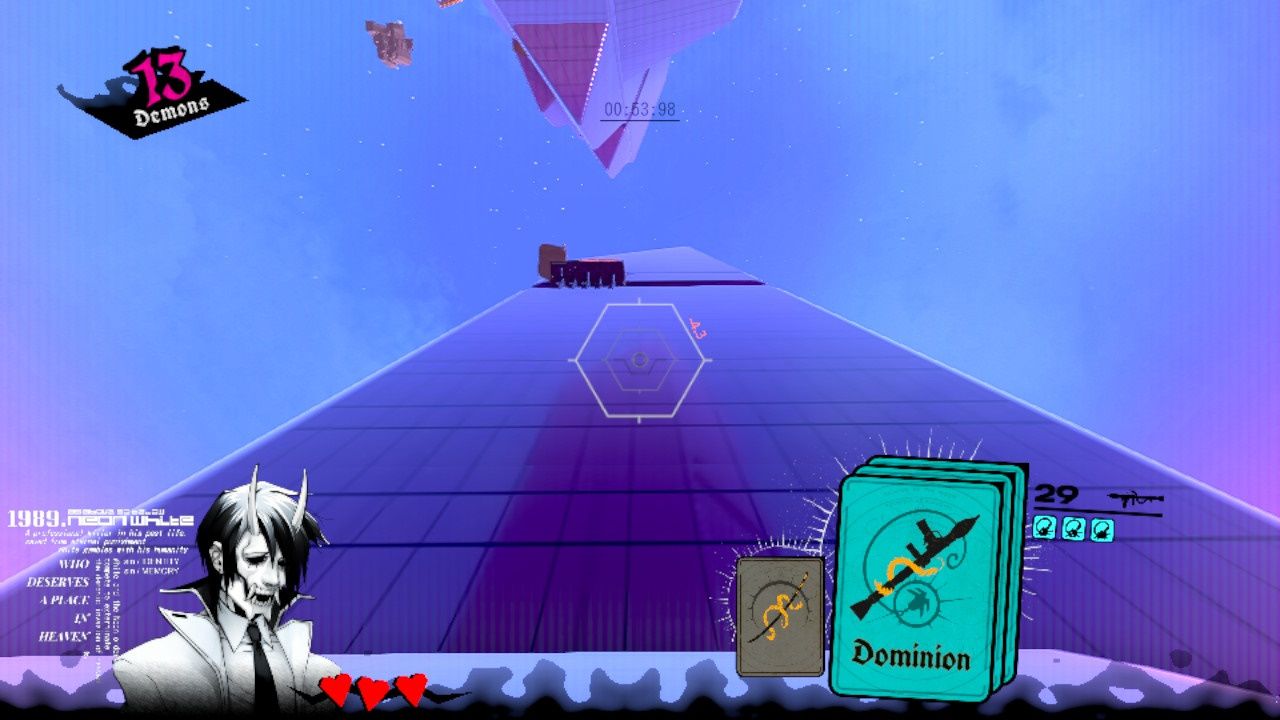 This one is a doozy. You are going to complete the stage as you normally would, acquiring copious amounts of rockets as you do. But worry not, they won't go to waste. When you reach the stage's end you are going to scale that giant building until you reach another one of those dreaded green hands. 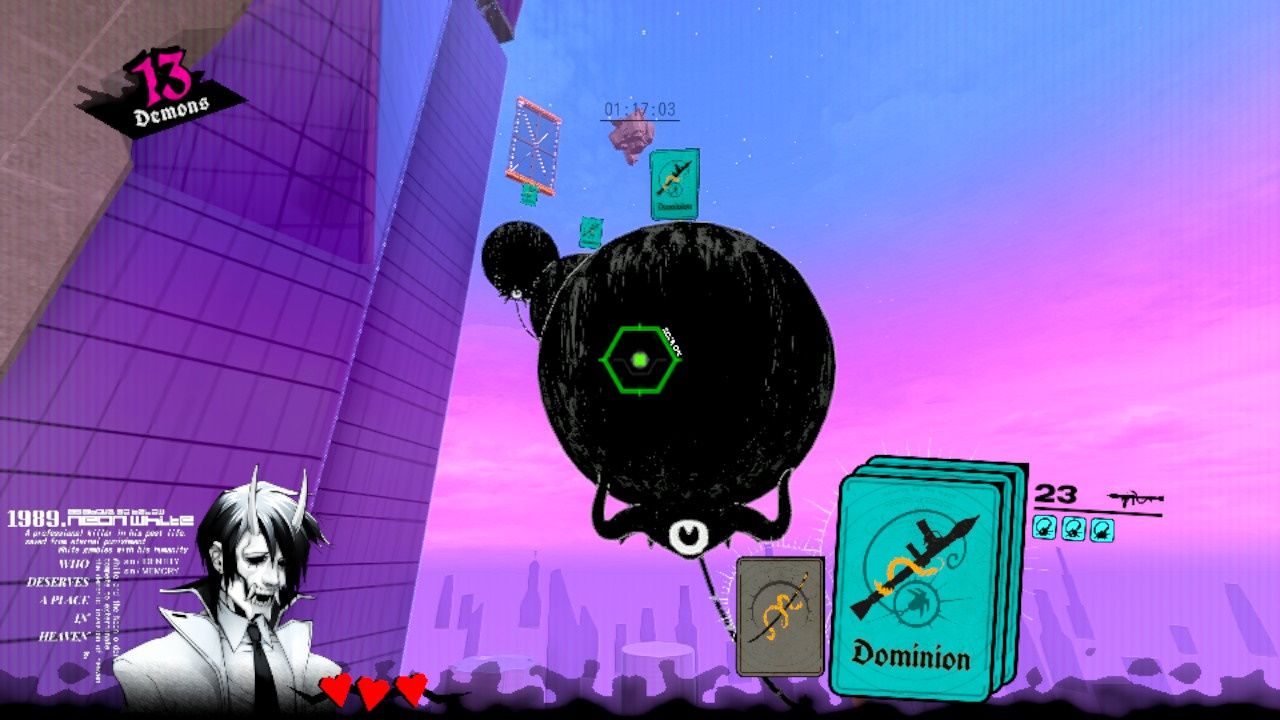 Interact with it, and you will be provided with a line of balloon demons to bounce on (they will also provide you with a few more rockets). Now keep climbing. Eventually, you will see a giant free-floating pane of glass next to an island. Get over to that island and interact with the hand to be teleported to another stage. Here you need to just chase the ghost down and you will receive (another) Strange Coin. 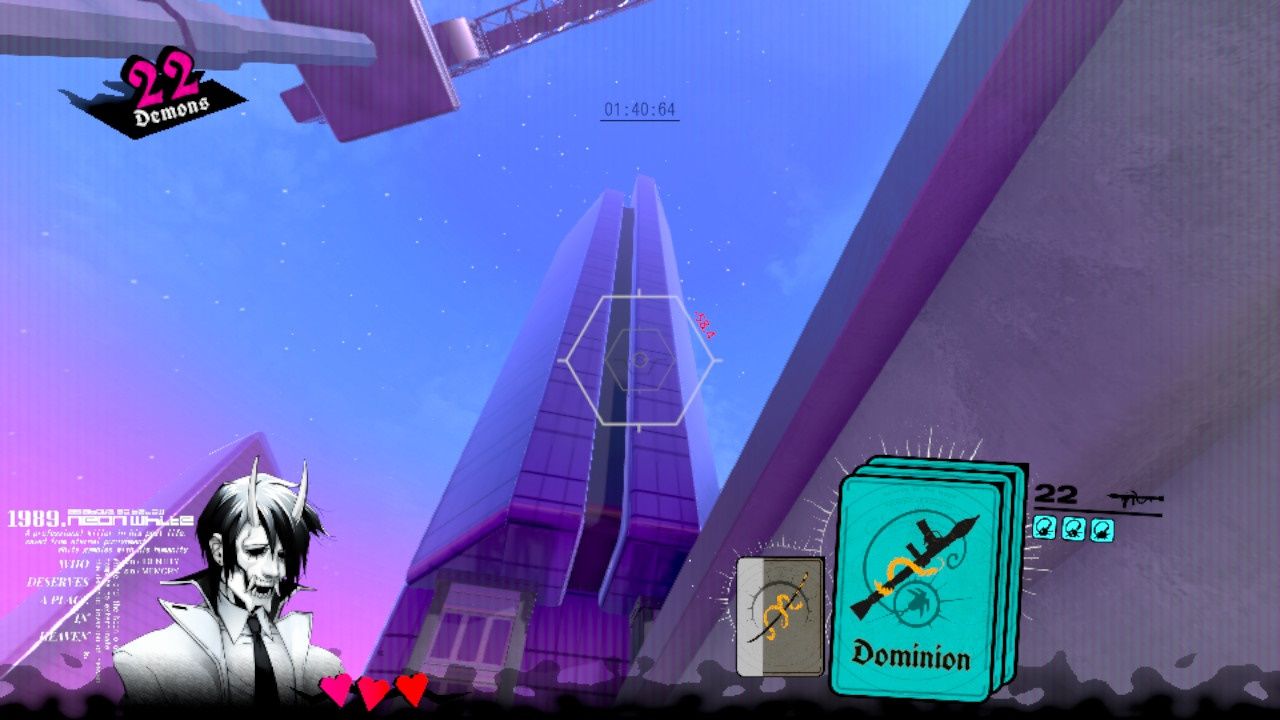 Obtaining this gift is all about holding onto rockets. So, after the section with the landmine demons, you will smash through a set of red trapdoors. From here, you will find yourself in a section with multiple rocket launchers that you would typically zipline between. However, instead, you are going to grab the rocket launcher cards while propelling yourself forward with rocket jumps. 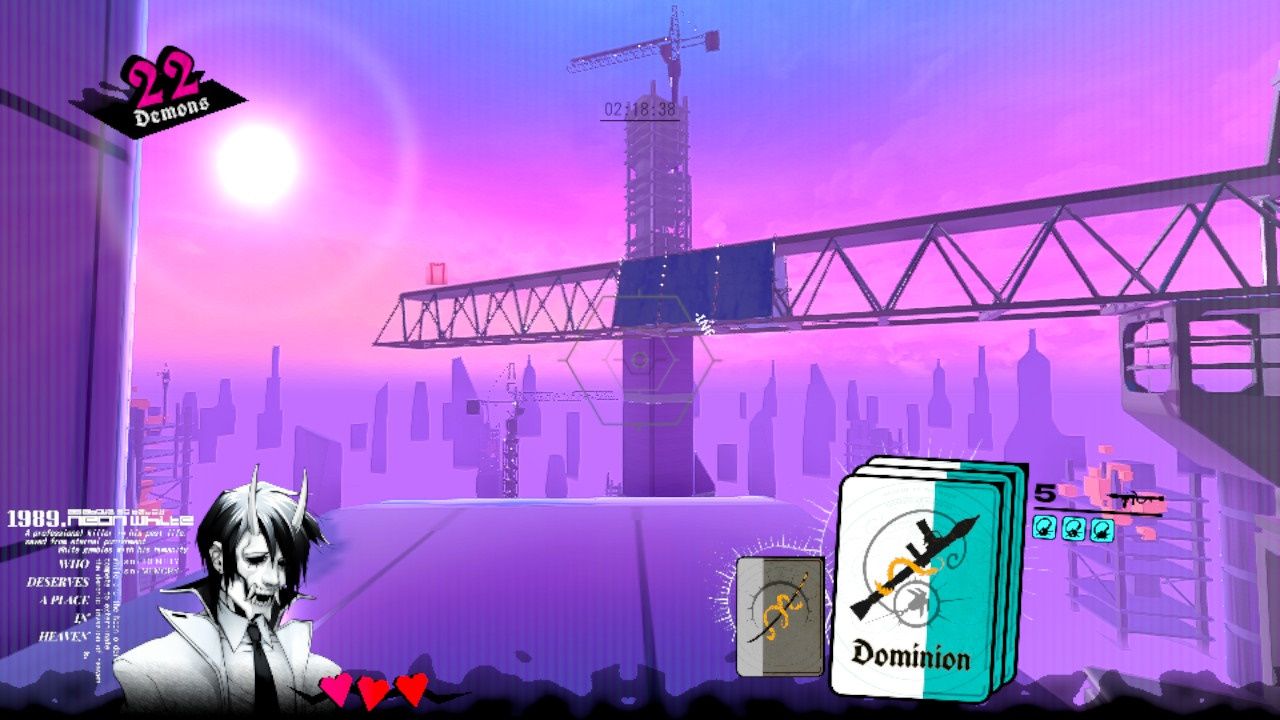 Once you are finished with this precarious section, you are going to be at a section with three canals. Don't fire any rockets at any of the enemies. Instead, just avoid them by hopping from canal to canal. Make sure to pick up the ammo cards along the way. Finally, at the stage's end, you are going to scale the giant building from the side. 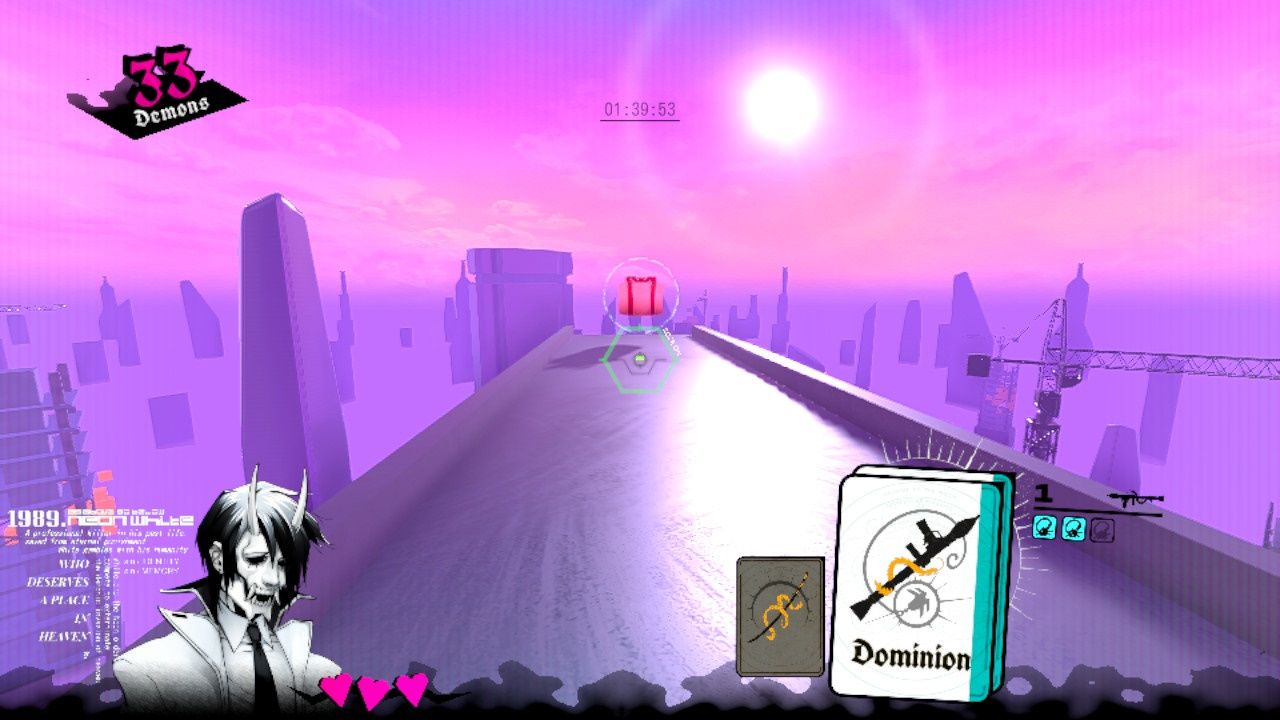 You should have more than twenty rockets, which is more than enough to get you to the top. From there, you will be able to see the present and zipline over to it. Your reward for all that climbing will be another bottle of Perfume. 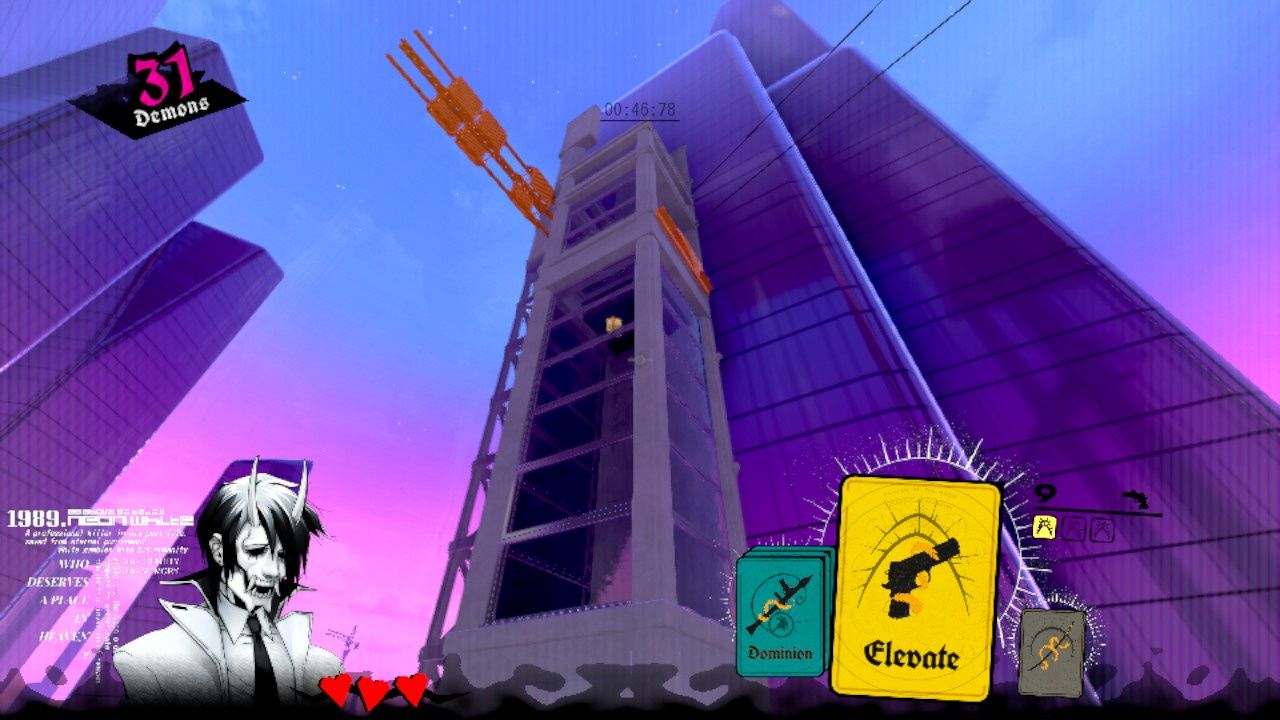 Continue the stage as you normally would. Near the end, there is a section where you will take out a yellow demon. Across the way, there is a grapple point for your zipline and a bunch of red barrels. 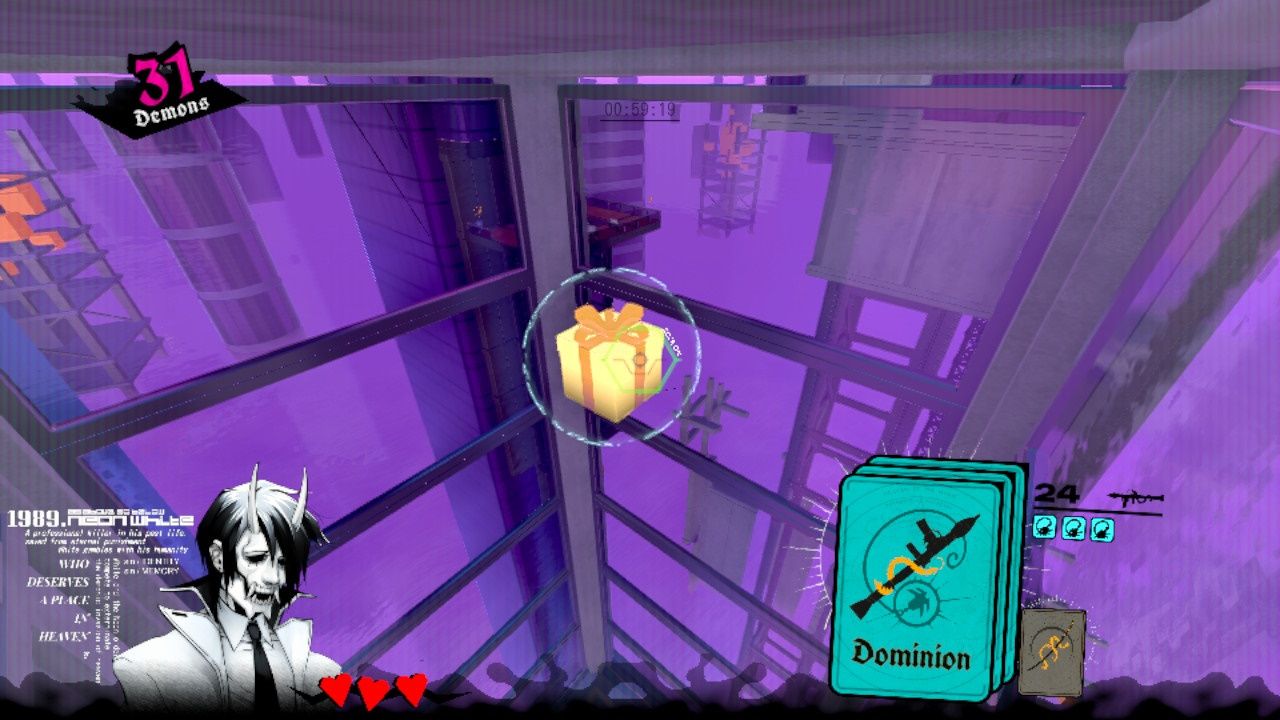 However, instead of heading for that room, you are going to jump over, falling well below the long tower that the red barrel room sits atop, and then enter into said tower from below. From there, rocket jump your way to the top. The present is floating up here. You will grab hold of the Six Pack. 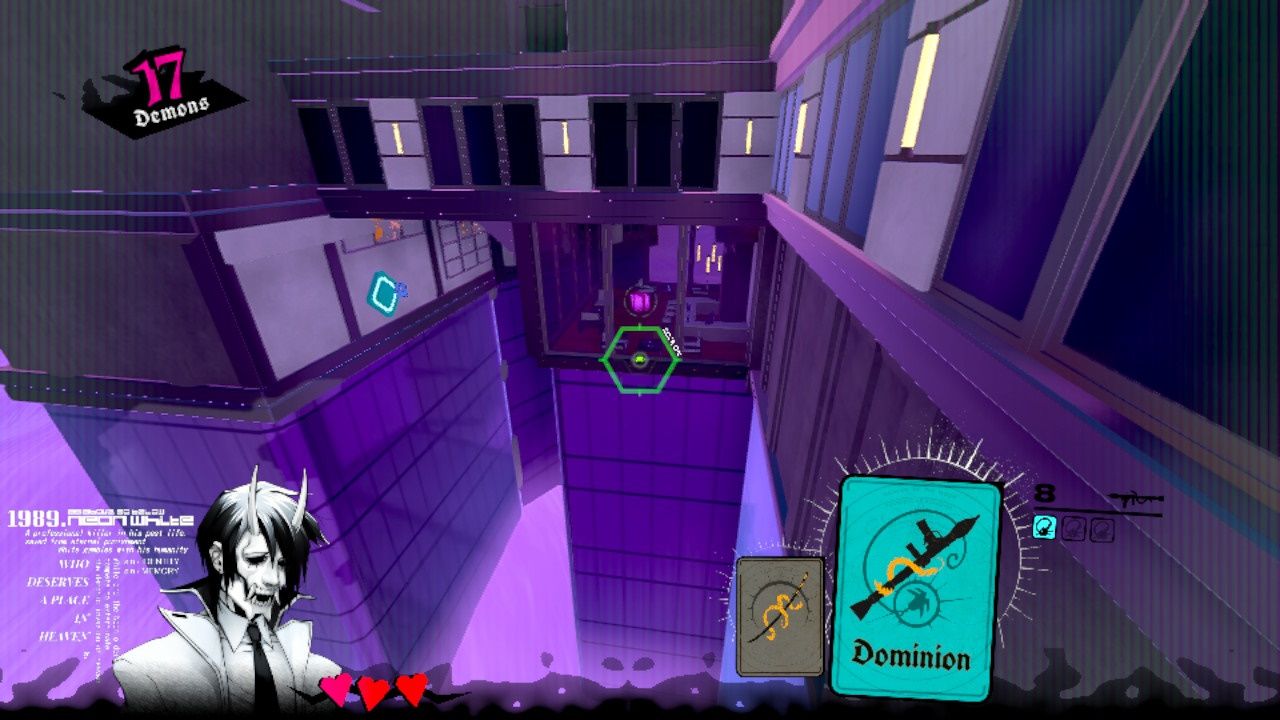 At the very beginning of the stage, you will platform right passed the gift which is very visibly in one of the offices. Simply get past this first area, get onto the roof of the next building, and then look up above. 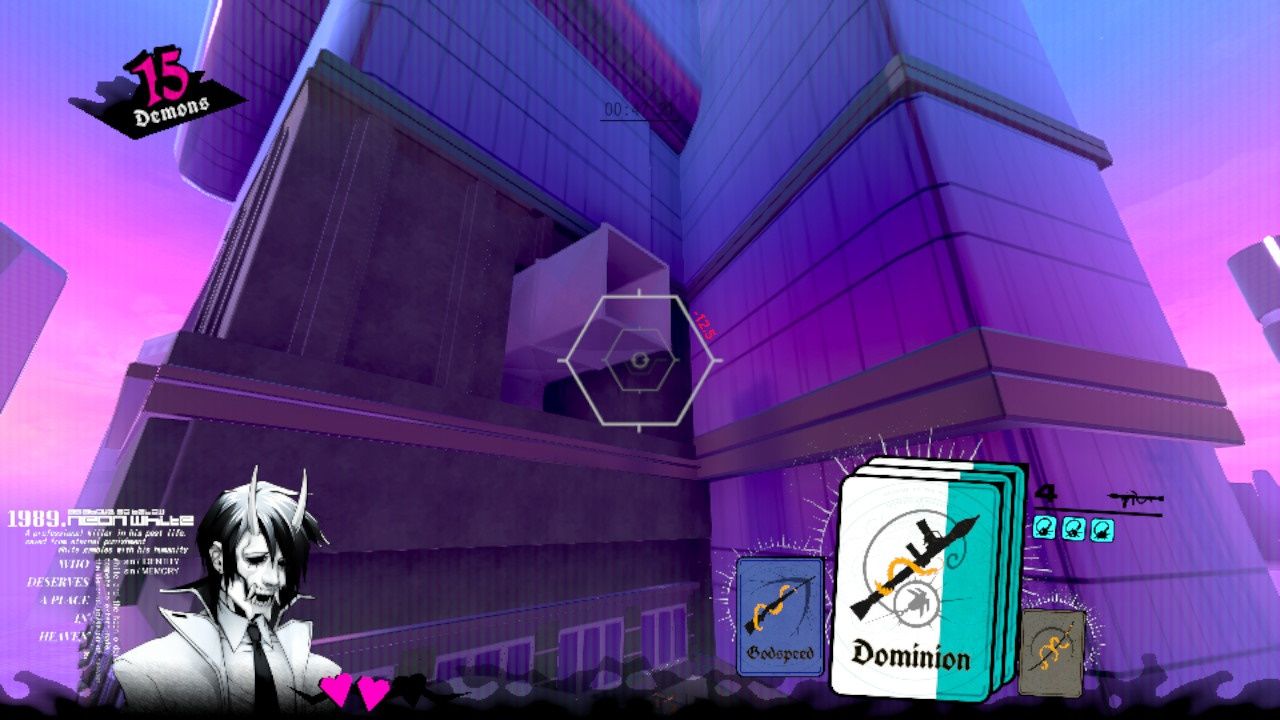 You will see a giant vent on the side of the building where you just came from. Zipline your way into that vent and you will be dropped into the room with the present. Grab the Tattletail Toy and you are finished. 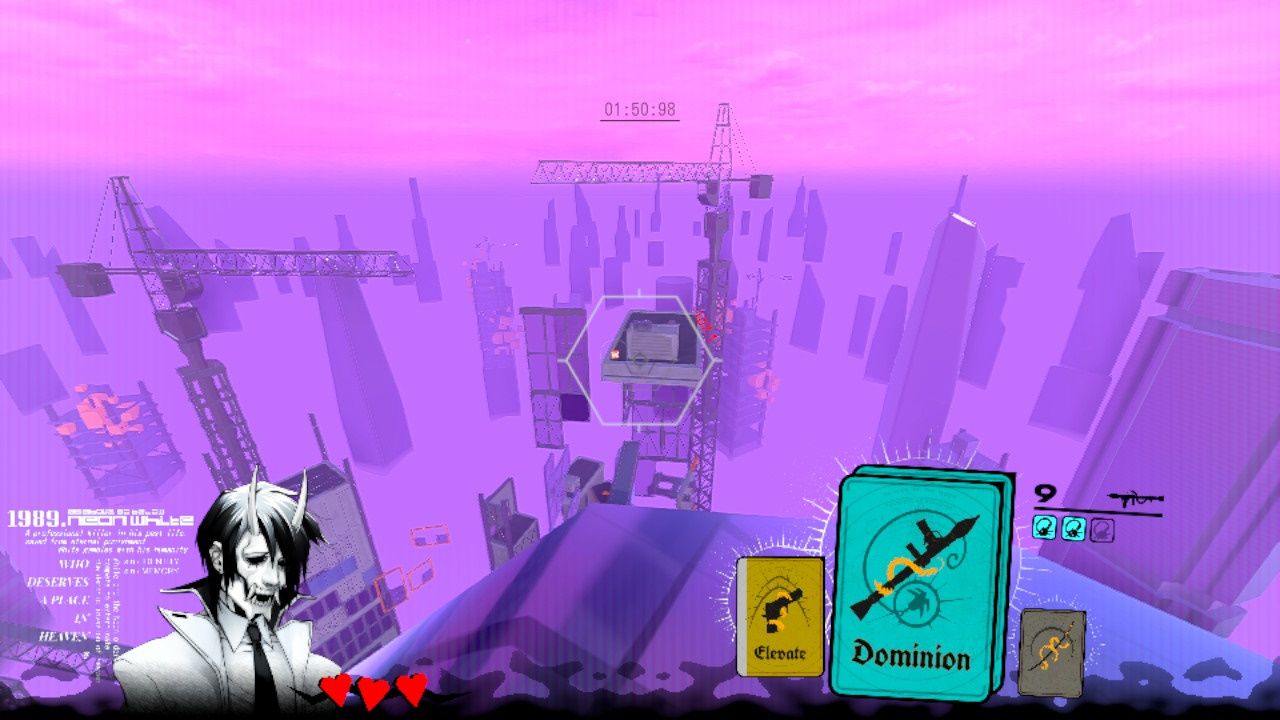 For your final present, just get to the end of the stage and rocket jump your way up the building on your left. Once you are on the roof, you can jump toward the present and zipline your way to it. You will now be the proud owner of some Cigars. The real secret to nailing this one is to pick up a few extra rocket launchers along the way. So, in the first section where there are those giant demonic heads being protected by force fields, don't just zipline to both of them. 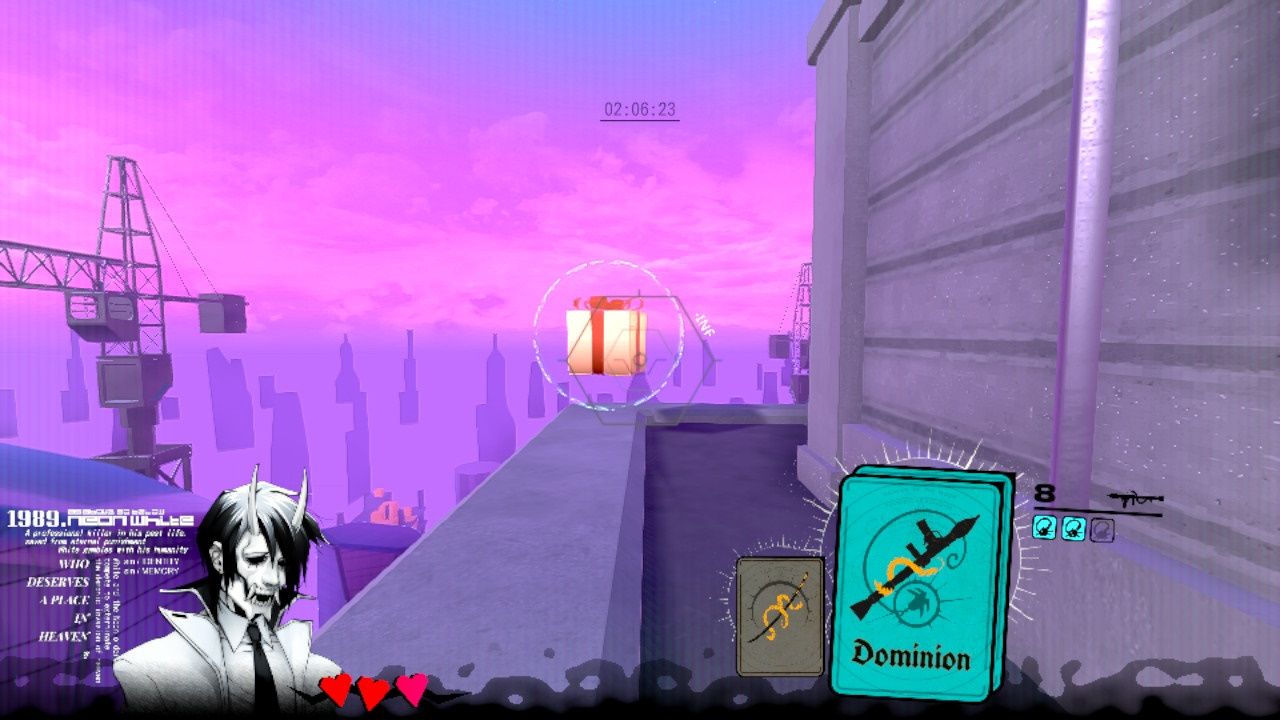 You can actually rocket jump off of the second one (getting you a spare rocket launcher). Similarly, there is another rocket launcher sitting below a glass floor soon after that section, but you don't need to zipline up to it. You can rocket jump your way to that floor and stand on it to break it (engaging the explosive barrels). Those extra rocket launchers will make your life so much easier here.