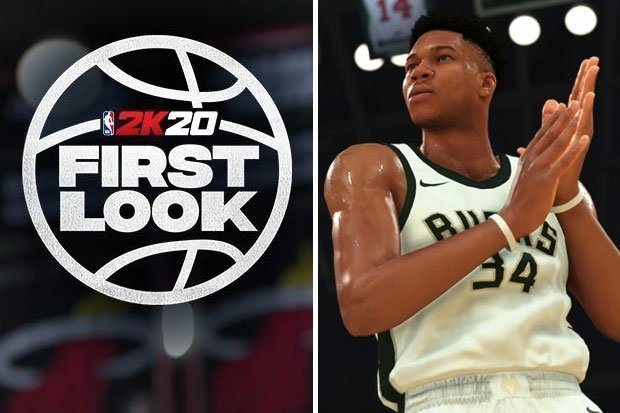 With launch just around the corner on 6th September, the NBA 2K20 news is coming thick and fast – and not all of it from developers 2K. A user on Reddit has shared some alleged off-screen gameplay of NBA 2K20.

Reddit user u/6PathsTrunks has shared a video from a YouTuber by the name of BADGEPLUG which you can see below.

BADGEPLUG’s footage shows what looks to be a press event for 2K20 where NBA 2K’s Ronnie Singh (Ronnie 2K) is playing the game against Dave East – a rapper who will be featured in the game in some capacity.

You can check out the admittedly blurry footage on the video below, where you’ll see a “blow-by” – something fans have been requesting for some time.

It’s been busy for the 2K team this week. On Monday, the developers released a lost of the game’s best players during a livestream.

No surprises to find that the ever-present Lebron James keeps the top spot, but the surprise is that he’s tied with new Clippers star Kawhi Leonard on 97/100. Brooklyn Nets’ latest signing, Kevin Durant is tied with Bucks’ Giannis Antetokounmpo, and James Harden at 96/100.

Cover star Anthony Davis ranks at 94/100 which puts him at seventh following his move to the Lakers, while Paul George, Damian Lillard and Joel Embiid round out the top ten.

Speaking of Anthony Davis, we spoke to him recently about the importance of the WNBA being added to the game. Here’s what he had to say:

“The women’s game is evolving, a lot of the NBA players watch the WNBA and are big fans of the women’s teams.” he said, “I think including them in the game is very important for both the game of basketball and 2K moving forward.”

NBA 2K20 launches on 6th September on PlayStation 4, Xbox One, Switch and PC – and is coming to Stadia eventually too.

The NBA 2K20 Standard Edition will be available in physical and digital formats on PlayStation4 and Xbox One for £54.99, Nintendo Switch for £49.99 and PC in digital format only for £39.99; players who pre-order will receive at launch: