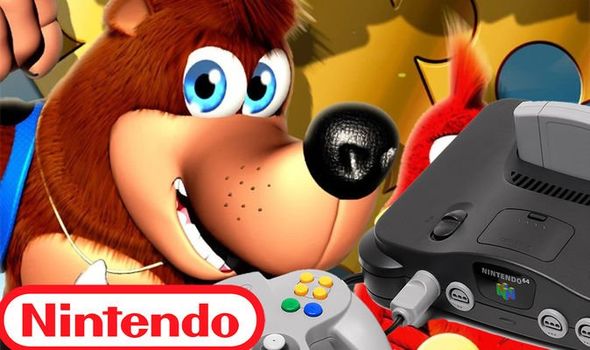 Nintendo Switch owners are counting down to the launch of Banjo-Kazooie.

Originally released in 1998, Banjo-Kazooie is one of the finest games to ever appear on the Nintendo 64.

Unfortunately, however, Banjo-Kazooie won’t be available to purchase in the traditional sense.

Instead, Banjo-Kazooie will launch as part of the Nintendo Switch Online subscription service, specifically the premium Expansion Pack tier.

As a reminder, Nintendo Switch Online + Expansion Pack costs £34.99 for an annual membership, or £59.99 as part of a Family membership.

As part of the subscription, members can play a selection of N64 and Sega Mega Drive games, as well as the SNES and NES titles available in the standard tier.

Games include Super Mario 64, Star Fox 64 and Sin and Punishment on N64, as well as Zelda Ocarina of Time and Mario Tennis.

On the Mega Drive side of things, games include Streets of Rage 2, Gunstar Heroes and Phantasy Star 4.

Additional games will be released in the coming months, such as Majora’s Mask and F-Zero X.

Unfortunately, there’s no sign of Goldeneye, although rumours suggest the classic shooter may come to Xbox.