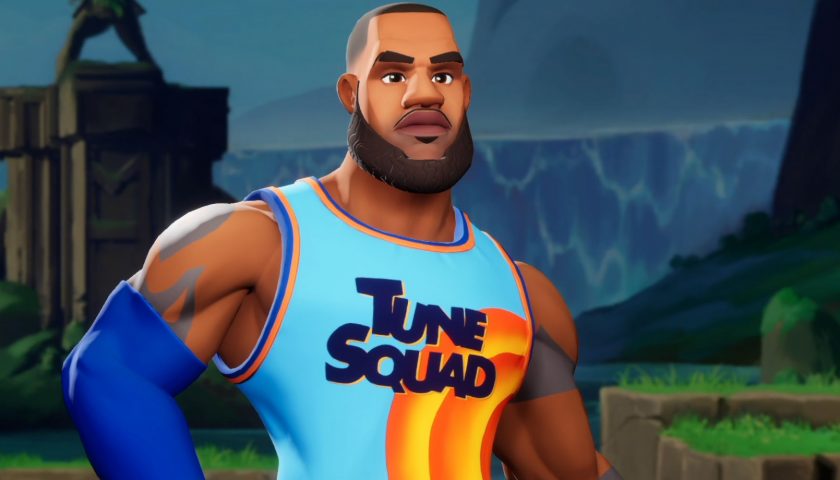 We've had a whole bunch of characters join MultiVersus over the course of the past few months, with Stripe being the latest addition to the roster. However, it's been a good long while since we got a new stage, the last being the Rick & Morty stage Cromulons which was added back in July. That looks set to change pretty soon though, as a MultiVersus dataminer has given us a first look at a new Space Jam themed stage that has been found in the files of the game's latest update.

Revealed by Laisul on Twitter, the stage looks to be a recreation of the basketball court seen in Space Jam: A New Legacy, complete with basketball hoops and a scoreboard floating above the arena. It also appears to share one similarity with the Scooby's Haunted Mansion stage, as players will need to smash barriers on either side in order to ring out opponents in those directions.

There's no telling when this stage is going to be added to the game, but Laisul also claims that it will be used for a new basketball game mode as well as a standard fighting stage. MultiVersus director Tony Huynh also recently hinted that a new stage is coming – likely referring to this Space Jam stage – although he explains it will be rolled out via the Lab and Custom Matches first. We don't know why, but it's likely to test everything and make sure it all works before it's pushed out to online matches.

As for what we can look forward to now, MultiVersus recently rolled out its first festive event with the latest patch, adding several Halloween themed skins to the game included a Vampire skin for Tom & Jerry and a Frankenstein skin for Iron Giant. There are plenty of other skins up for grabs too, so go out there and making your MultiVersus matches as scary as possible for the spooky season.