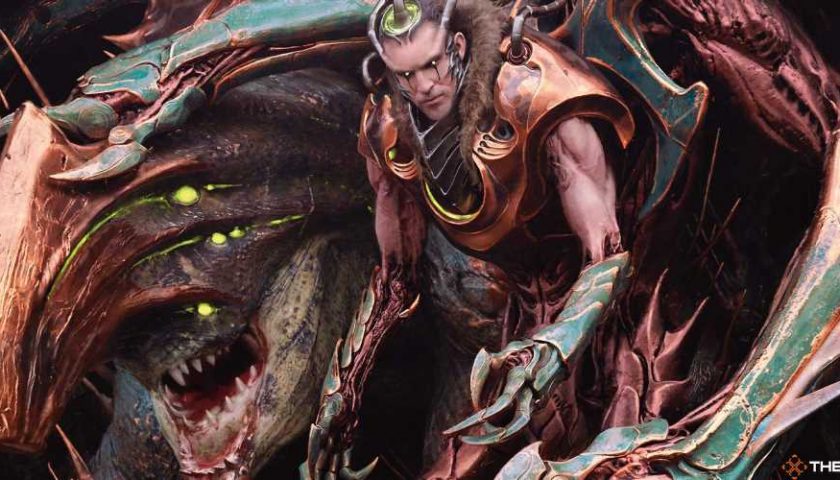 Yesterday’s preview revealed what many had already known thanks to a massive leak, but now we know without a doubt who the compleated planeswalkers are in Magic’s upcoming Phyrexia: All Will Be One. Nissa, Vraska, Jace the Face, Nahiri, and Lukka got bit by the Phyrexian bug and are now fighting for the other side.

Each of the new cards features a horrific depiction of these iconic planeswalkers as Phyrexian agents, but they also feature callbacks to earlier versions of themselves that weren’t quite as homicidal.

Reddit user mdm2nu lined up each new card with their older inspirations to show the similarities between the pair. Vraska, Betrayal's Sting, for example, has the same stance and tentacle hairs as Vraska the Unseen from Return to Ravinca. Nissa, Ascended Animist makes the same beatific pose as Nissa, Who Shakes The World from War of the Spark, while Nahiri, the Unforgiving's new blade arms still have the same silhouette as Nahiri, Heir of the Ancients from Zendikar Rising. Lukka, Bound to Ruin's new pet is sort of like Likka, Coppercoat Outcast's patagia tiger from Ikora: Lair of Behemoths.

And finally, we have Jace, the Perfected Mind, who harkens back to Jace, the Mind Sculptor, originally seen in Worldwake. Fun fact: the glowing runes between his hands now read "perfection" in Phyrexian script.

We also know what happened to each of these Planeswalkers that got them to their sorry states. The strike team suffered a setback that disoriented and scattered the planeswalkers across New Phyrexia, leaving some vulnerable and alone. Vraska was already found infected with Phyresis and couldn't be saved, so Jace decided to allow her to relive her final moments in memories of Ravinca. But he stayed too long and the compleated Vraska then attacked and compleated Jace. Nahiri sacrificed herself to save the rest with a magical blast that technically killed her, but Elesh Norn compleated her corpse. Lukka had to save Nissa by bonding with a Phyrexian beast that compleated him, but that obviously didn't work as we still have a compleated Nissa.

For more, check out our full preview coverage here. Phyrexia: All Will Be One arrives in Magic: The Gathering on February 10.