Before we begin, we should clarify that we are specifically examining cards for the 99 of a deck, rather than new options for a deck's commander.

5 An Offer You Can't Refuse 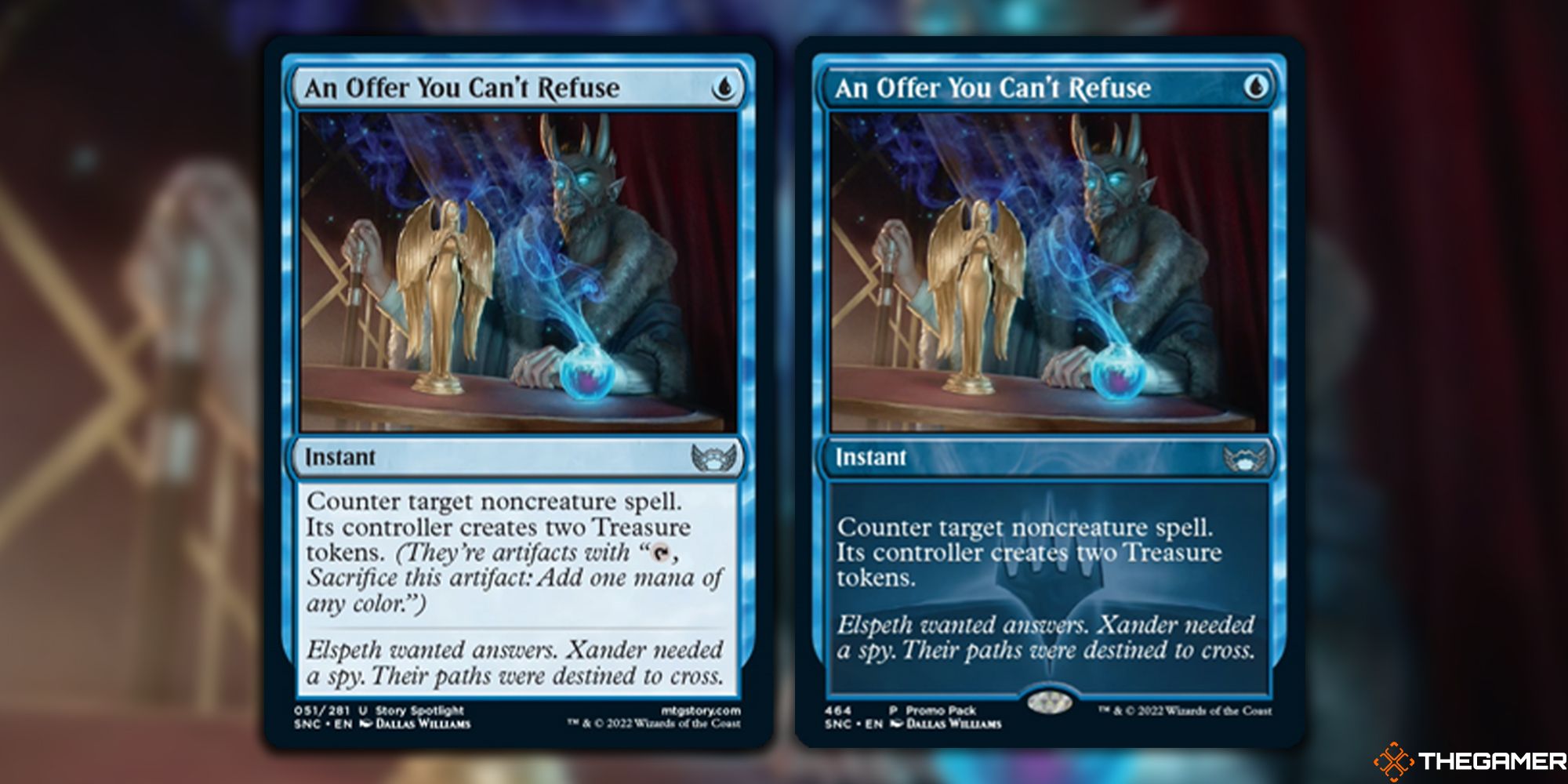 An instant for the cost of one Blue mana, An Offer You Can't Refuse allows its controller to counter target a noncreature spell, providing that spell's caster with two Treasure tokens. This is easily comparable to Swan Song, another one-mana counterspell that sees significant play in Commander.

While Swan Song can only counter enchantments, instants, or sorceries, giving the countered spell's caster the gift of a 2/2 flying bird token, An Offer You Can't Refuse is much more flexible in what it can feasibly counter. Though two Treasure tokens is probably more dangerous in the hands of an opponent than a Bird token, two Treasures are a price worth paying to stave off a potentially game-winning Cyclonic Rift for the cost of a single mana. 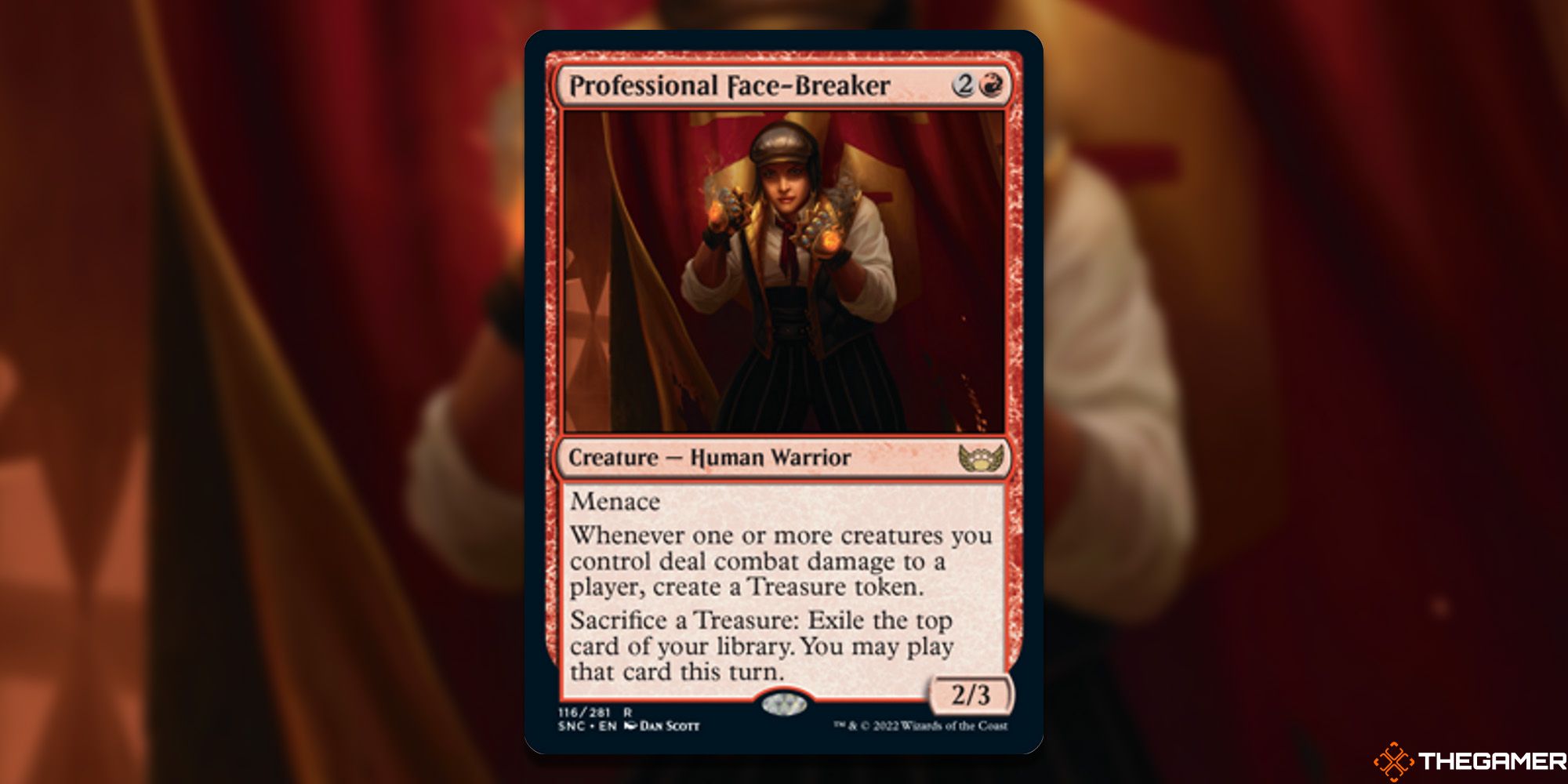 It's no secret that mana ramp and card advantage are each incredibly important elements of Commander. Professional Face-Breaker is an impressive new red card that provides both of these benefits within a singular creature. A 2/3 with menace for three mana, whenever one or more creatures under its owner's control deal damage to a player, its controller creates a Treasure token. Between its access to menace, the fact this ability can be triggered off of any creature under its owner's control, and the fact that Commander's multiplayer nature increases the chance of an opponent not having a blocker, chances are this will be reliably easy to trigger.

While Treasures are a great resource that can give additional mana when needed, Professional Face-Breaker provides them with an alternative use: impulsive draw. As this card allows any Treasures to be sacrificed at any time in order to produce an impulsive draw effect, when paired with enough Treasures, it can allow for extremely explosive plays. 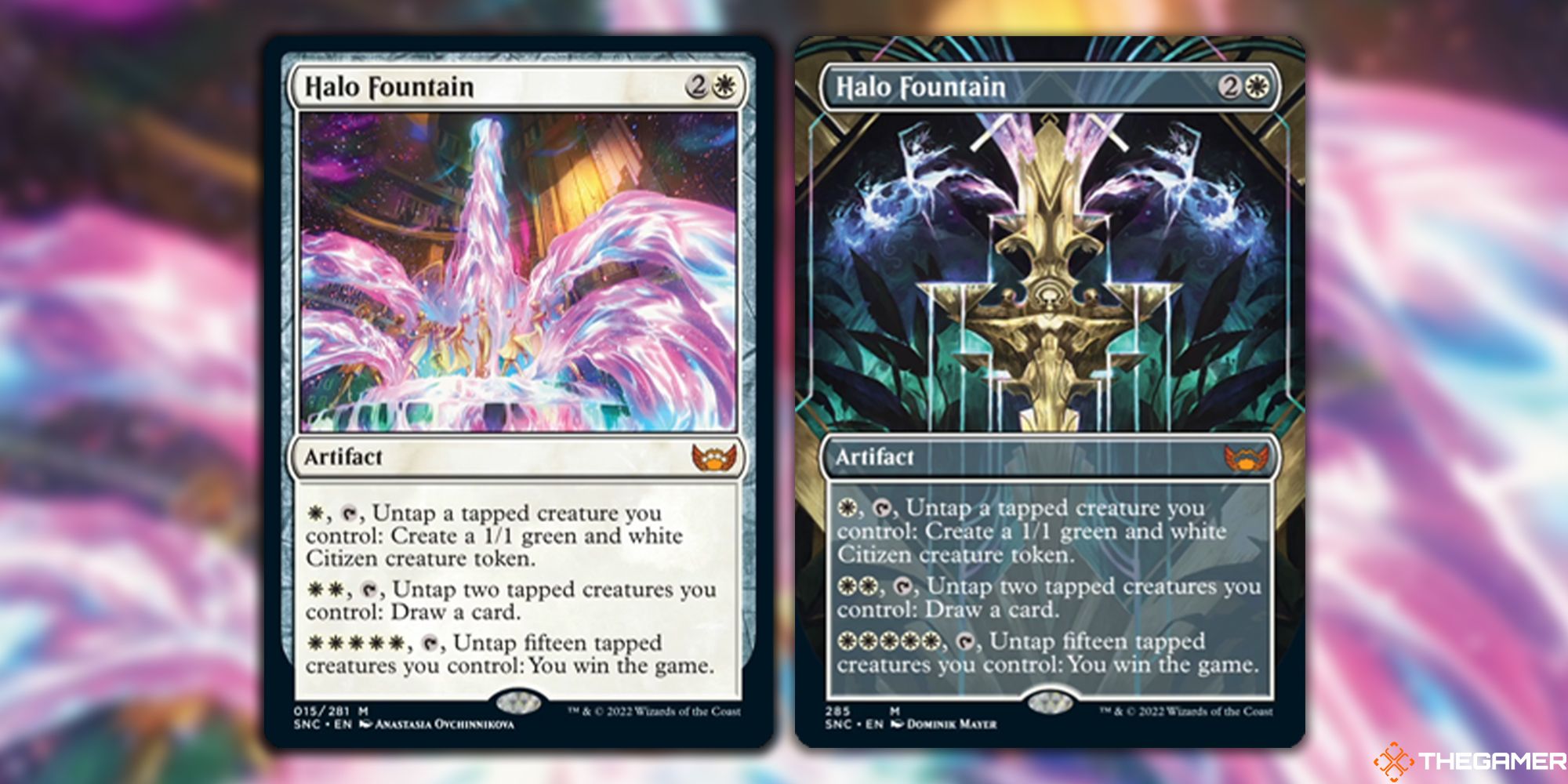 Halo Fountain is a unique and potent White artifact for three mana that can be a great flexible benefit for creature-based decks with access to White mana. For the cost of one White mana, Halo fountain may be tapped to untap a tapped creature under its owner's control to create a 1/1 citizen token.

While token generation is nice, its second ability allows two mana to be spent and two tapped creatures to be untapped to allow its controller to draw a card; a rarity for white decks. While its last ability is the most difficult to utilize, if five white mana is spent and fifteen tapped creatures are untapped, Halo Fountain can serve as an alternate win condition, immediately allowing its controller to win the game. Due to the sheer flexibility of this card, it is an option that many White token decks may want to consider.

An impressive three-mana Rakdos Planeswalker, Ob Nixilis, the Adversary is shaping up as a card that may have a sizable impact on several formats. This is largely in part due to its access to Casualty X, allowing a nonlegendary copy of this Planeswalker to enter the battlefield alongside the card if a creature is sacrificed when Ob Nixilis is cast. What's important to note, is that while Ob Nixilis normally enters the battlefield with a mere three loyalty, the copy enters the battlefield with a number of loyalty counters equal to the sacrificed creature's power.

In the Commander format, a deck could easily set up a creature with a sizable loyalty, sacrificing it as Ob Nixilis is cast to access a massive pool of loyalty. While two Planeswalkers for the cost of one is nice, this Casualty ability means that in Commander, the copy may often be able to immediately access its ultimate -7 ability: allowing its controller to draw seven cards at the cost of seven life. 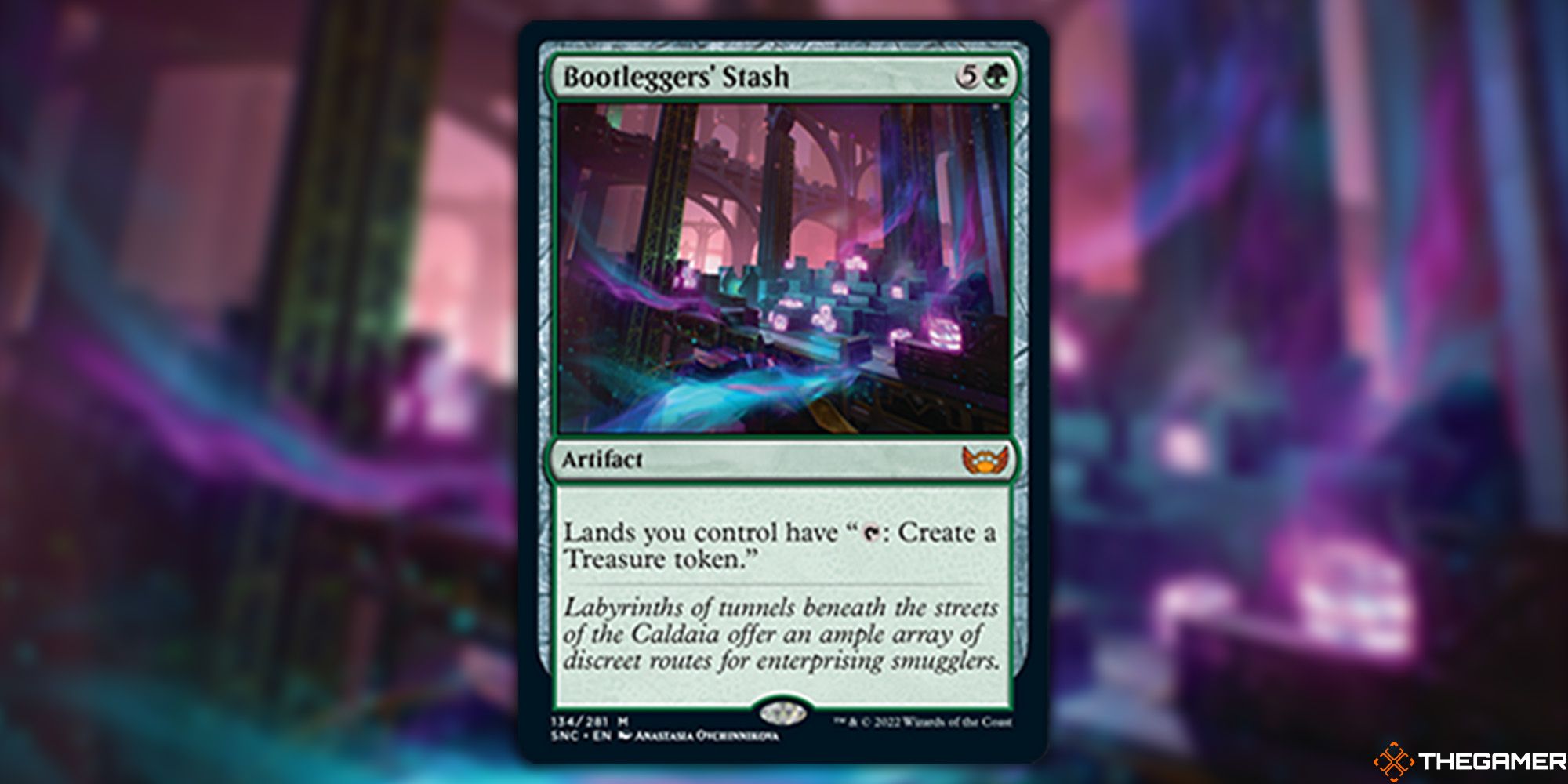 Though simplistic, there are countless decks within the Commander format that would benefit significantly from the inclusion of Bootleggers' Stash. A green artifact for six mana, rather than having one's lands produce mana the traditional way, Bootleggers' Stash allows its controller's lands to be tapped in order to produce Treasure tokens.

This is an absurdly powerful benefit that provides value in a litany of ways. First and foremost, as treasures produce mana of any color, this provides a deck with great mana fixing. More importantly, it means that players are able to carry over their unspent mana from a given turn rotation to the next. In addition it can be paired in incredible fashion with Seedborn Muse, as this allows a player to quickly amass an enormous number of treasure tokens. As such this is a stellar inclusion in any deck looking to synergize with artifacts.