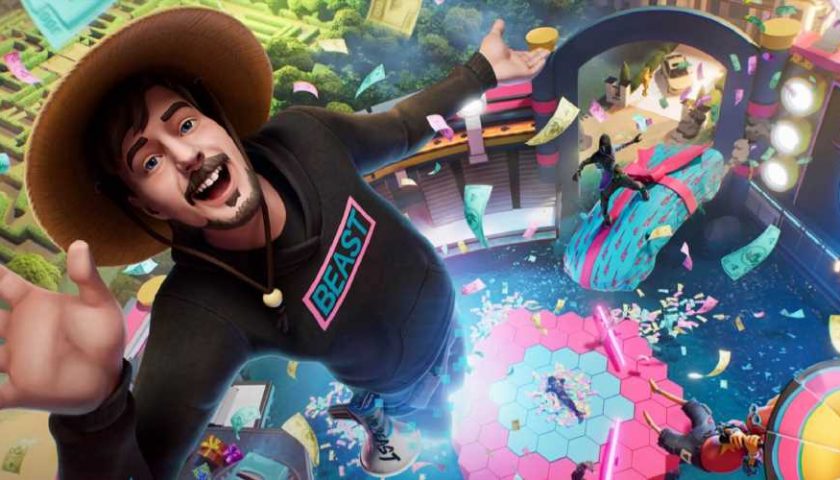 MrBeast is bringing his philanthropic ways to the world of Fortnite, as the Youtuber/creator/entrepreneur is the next to join Fortnite’s Icon Series. Not only will players get to enjoy some MrBeast-themed skins, but an in-game competition, like those the Youtuber holds on his channel, is giving players the opportunity to win $1 million.

After making a blink-and-you-miss-it appearance in the trailer for Fortnite’s new season, MrBeast is now confirmed to be heading to the island on December 14. Beginning then, players can grab the MrBeast and MrBeast6000 skins from the Fortnite Item Shop. A day before MrBeast’s arrival, the MrBeast’s Extreme Survival Challenge Island is set to go live. This island, from Atlas Creative, will be the arena for the million-dollar challenge and will be live for four days to allow players to practice.

Then on December 17 the Extreme Survival Challenge begins. It runs from 12 PM ET to 3 PM ET and can be accessed in the “Fortnite Competitive” row under Discover. During the timeframe, you can participate in as many challenges as you like. However, the match with the highest Score is the only one that will count. At the end of the challenge, the player who earns the highest Score will grab a cool million for their troubles.

However, even if you do not end up as the million-dollar winner, you can still earn the golden Beast Brella Umbrella. The top 100,000 players at the end of the challenge will be awarded this in-game prize. While not as exciting as a large chunk of cash, it at least gives you bragging rights to all your fellow players.