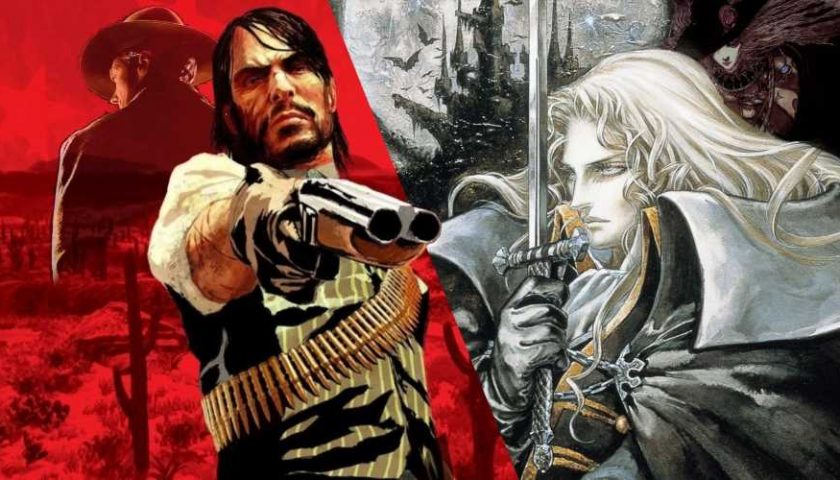 Video games are still a very new artistic medium. Frequently, we see them pull from multiple sources. One of the bigger influences on games has definitely come from the film industry. A lot of great games seem to be built around ideas that were first introduced in films.

Now, while there are some truly excellent tie-in games, we are going to avoid those for this list. We aren't including adaptations here. We are looking for films that are one step removed from these notable video games. 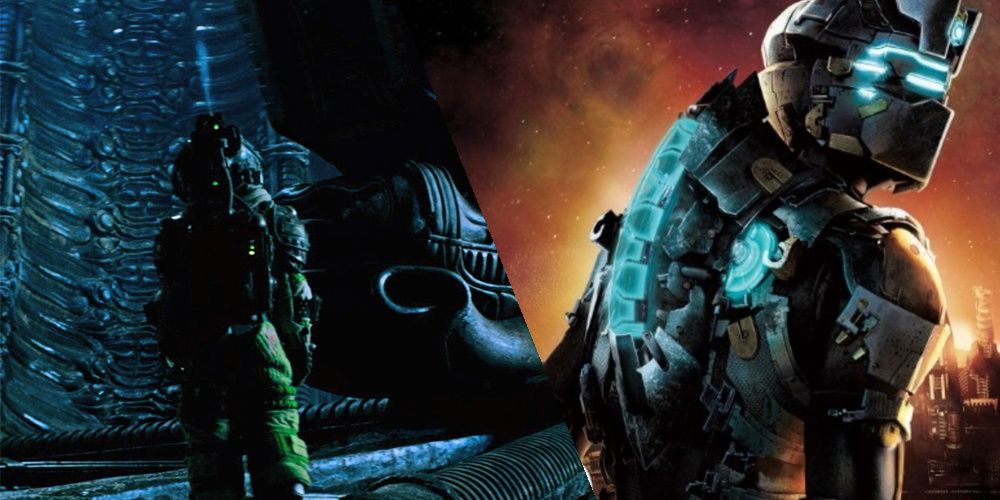 Dead Space is very clearly a game that was designed around the same feeling of isolation that the first Alien movie depicted so brilliantly. So, it goes without saying that fans of Dead Space who haven't seen Ridley Scott's masterpiece are doing themselves a grave disservice.

While Dead Space certainly kicks off a little quicker than Alien, it does a lot of similar things with darkness and solitude that Alien does. After you watch the movie, you could then follow it up with the excellent Alien Isolation, if you haven't played that one.

9 Raiders of the Lost Ark, Uncharted 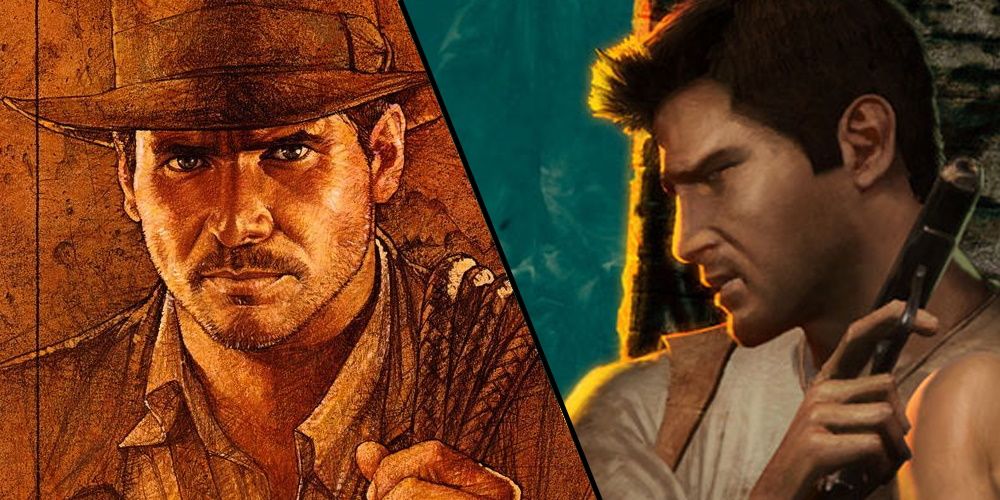 Uncharted changed the way big-budget video games are made. The incredibly likable depiction of Nathan Drake and his captivating "treasure hunting" adventures charmed players. It is probably fair to say that a large amount of that success is owed to the charisma of the game's lead.

Well, if you have skipped over Raiders of the Lost Ark, but are a hardcore Uncharted fan, you will find a movie that delivers on nearly all the same elements. Uncharted wouldn't likely exist if it wasn't for the Indiana Jones movies. And while they are a little on the old side at this point, these movies are absolutely worth watching. 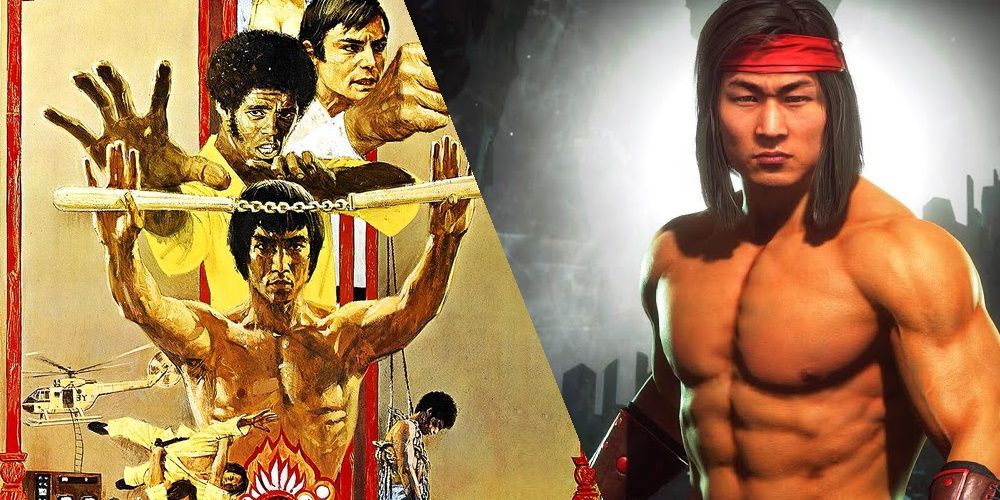 Fans of the violent fighting game will most certainly find something to love here, as Bruce Lee's masterpiece is itself a fairly brutal movie. However, every fighting game fan owes it to themselves to watch Enter the Dragon. It is safe to say that fighting games wouldn't be the same if Enter The Dragon had never been made.

7 Pirates Of The Caribbean, The Secret Of Monkey Island 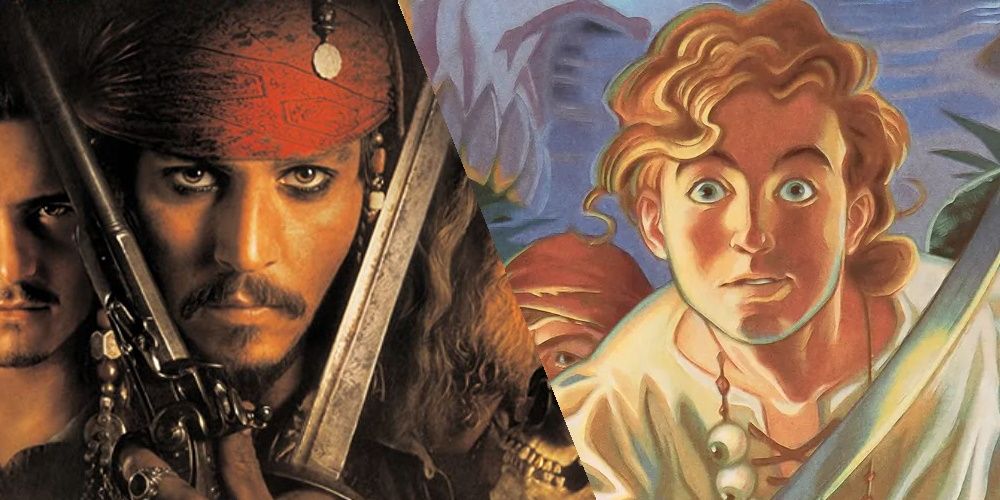 A quick-witted, fast-talking, eccentric pirate, who no one takes seriously, goes on an epic swashbuckling adventure that brings him into conflict with an infamous ghost pirate? Which property did we just reference there, Monkey Island or Pirates Of The Caribbean? Obviously, we were referencing both. 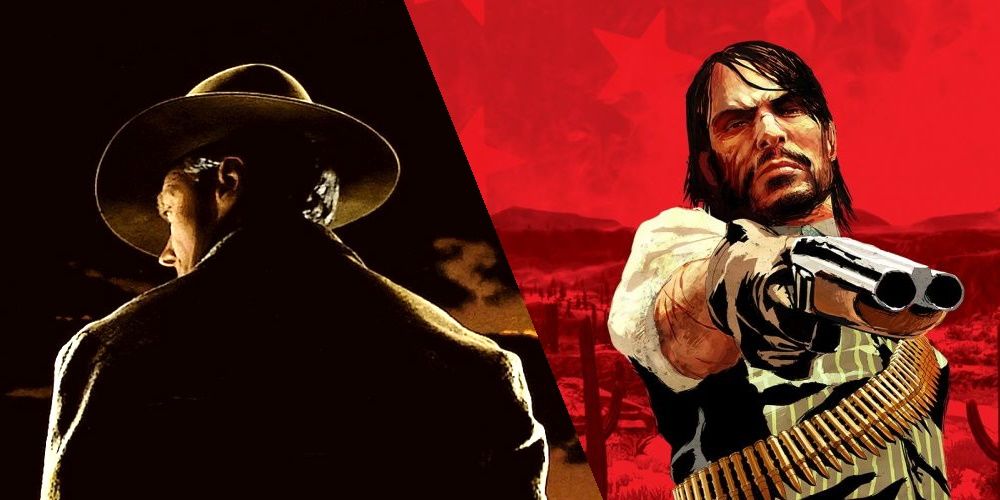 Unforgiven is a Clint Eastwood western film; one that deals with a former outlaw looking to claw back a little bit of redemption. It is an excellent, somber take on the western genre. And has more than a few similarities to everyone's favorite Wild West-style video game: Red Dead Redemption.

While the plots are wildly different, both stories are well told and manage to capture a similar feeling. Both stories strip back the fantasy of the Wild West and instead focus on the harsh realities of what it means to have lived as an outlaw and live long enough to regret it. 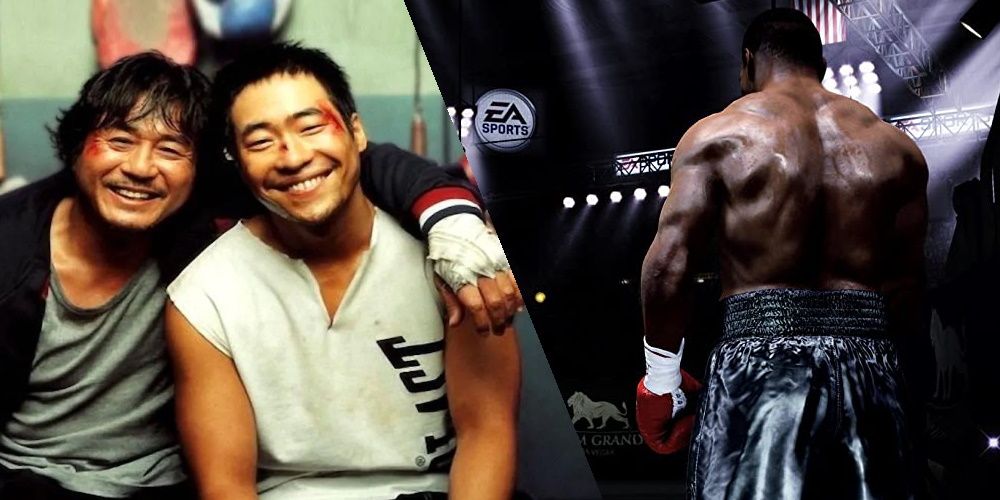 Fight Night Champion is the one boxing game that really tried to tell a story. And, for the most part, it succeeded. Andre's story in Fight Night Champion is a captivating one. Now, when it comes to boxing movies, most people probably think of the Rocky films, but that really isn't a great parallel for Champion, which was a story about redemption.

Crying Fist, on the other hand, is a movie that really nails that element. It tells the story of two men trying to put their lives back together. One of them has always been a punk, but through boxing, he is able to find some form of redemption. It is a great film, and one of the best boxing movies ever made. If you found Fight Night Champion riveting, Crying Fist will absolutely hit the spot. 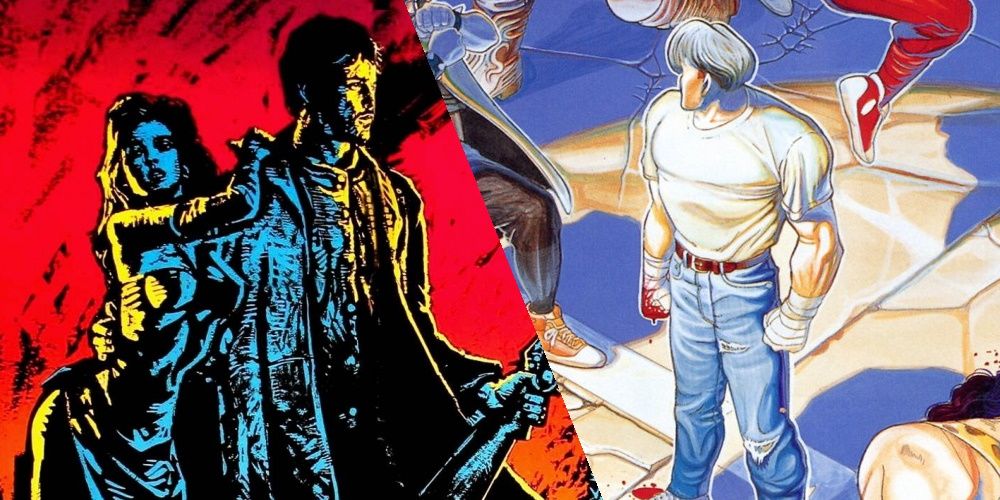 Streets of Fire is an eccentric, off-beat action film. It isn't an all-time classic, but it is a super fun movie, and it feels like an authentic '80s time capsule. It also has one hell of a soundtrack. What makes this movie more notable, however, is how much Final Fight took from it. And given what an important game Final Fight was for the genre, that will forever tether Streets of Fire to the beat 'em up genre of games.

Once you see that one of the common goons you fight in Final Fight is based on a character played by Willem Dafoe in Streets of Fire, you will never be able to look at the game the same again. If you are a hardcore Final Fight fan this movie is an absolute delight. 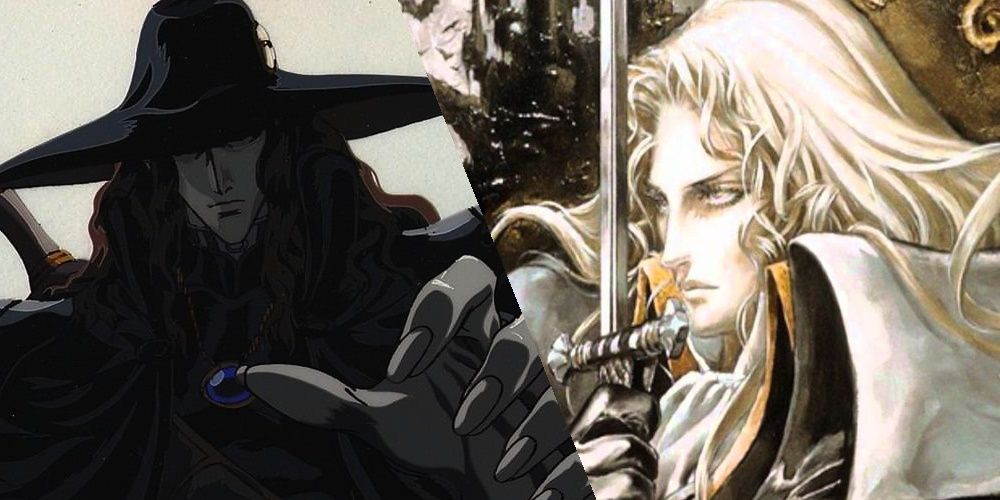 One thing is for certain, at this point Vampire Hunter D works as an intertext for Castlevania Symphony of the Night. Fans of the more modern Castlevania games owe it to themselves to track down the movie from 1985. 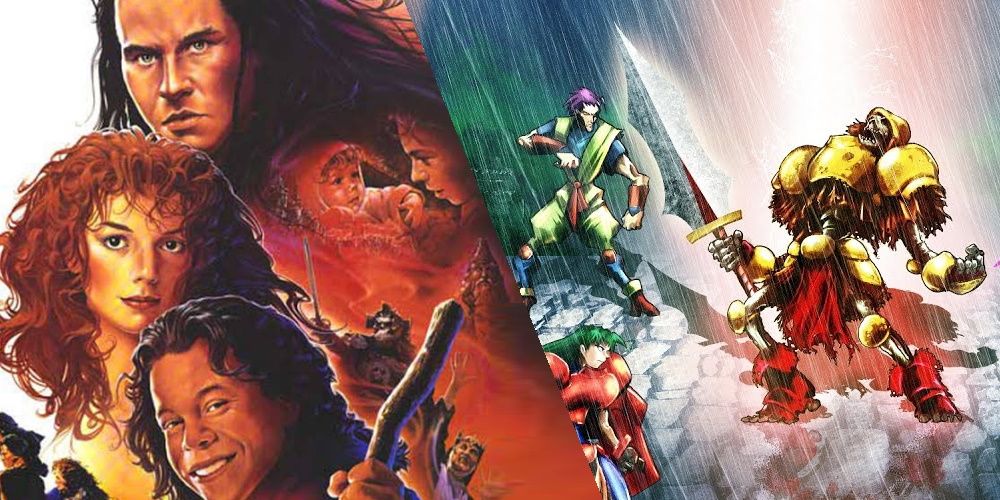 Guardian Heroes is an excellent fantasy beat 'em up for the Sega Saturn. It is action-packed and uses its fantasy-theming to help create an enjoyable, lighthearted adventure. This goes for the other fantasy beat 'em ups like the Dungeons And Dragons arcade games and Dragon's Crown as well. While there are a lot of great fantasy movies, most of them have a heavy focus on slow-burn world-building.

Willow, on the other hand, is a movie that is far more interested in getting to the adventure and fun part. It feels like we are witnessing Willow being slowly lost to time, which is a huge shame, as it is one of the best fantasy movies to emphasize that more light-hearted approach to adventure. And don't worry, despite having more levity than many of its peers, Willow still has horrifying scenes that will haunt your dreams, too (oink). It has it all!

1 Juno, Night In The Woods 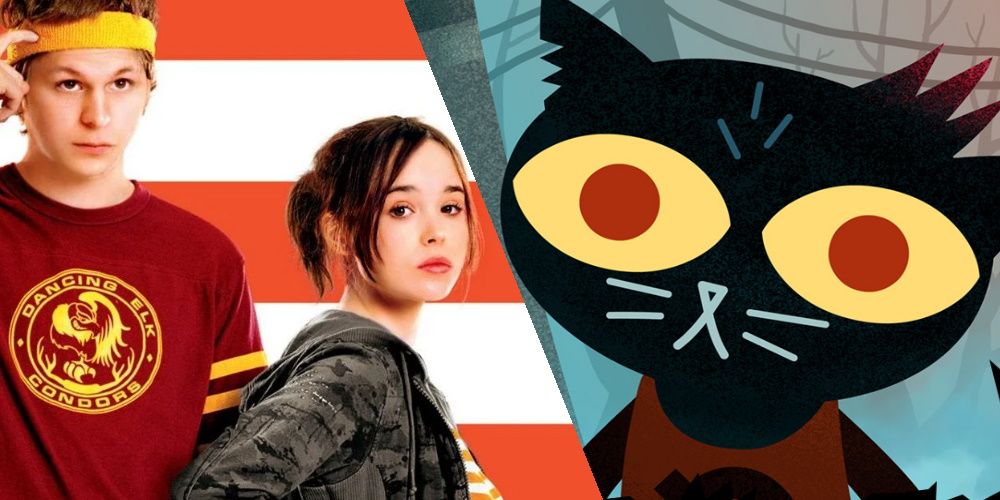 Night In The Woods and Juno don't have particularly similar plots. However, when it comes to themes, they both have a lot in common. Juno is the story of a young woman who is having to rapidly enter adulthood due to an unplanned pregnancy. It is a movie about coming to terms with the harsh realities of growing up.

Both Juno and Mae from Night In The Woods are flawed, likable, relatable characters. However, while both properties have compelling leads, the strongest shared element is how they balance an endearing sense of humor while also telling a story that has weight behind it.