Mortal Shell allows you to explore most of the game in any order you wish from the hub, including the Seat of Infinity. Whether you come to this zone first or last, you’ll have a steep challenge waiting for you when you reach the zone’s boss, Crucix the Twiceborn. This boss battle begins the moment you interact with the chalice, and if you’re unprepared you can start off at a major disadvantage. If you want the best chance at beating this boss, as well as know how to deal with each phase he goes through, you’ll need these tips in your back pocket.

You’ll know you’re about to begin the boss battle once you reach the Shifting Archives in the Seat of Infinity. Make sure you speak with Sester Genessa here to set your respawn point should the worst happen. When you’re ready, interact with the chalice to fall into the arena. 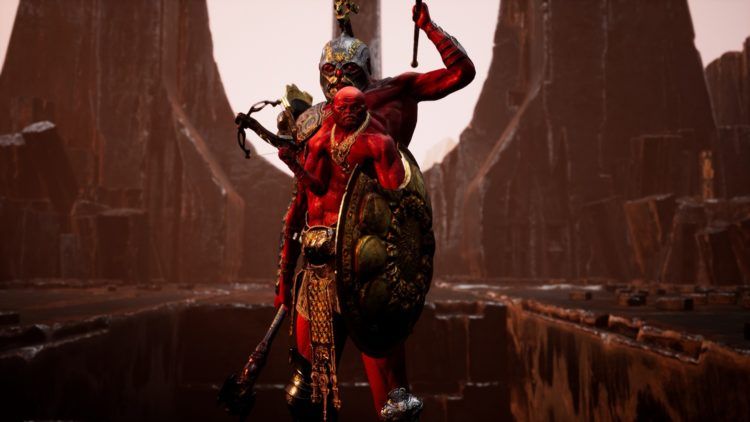 Before you even hit the ground, make sure you harden. If you don’t you will lose your second chance, which could mean the difference between victory and defeat. Once this big ugly red warrior appears, with his sibling(?) protruding from his abdomen, be ready.

Crucix has a few attacks to be ready for in this phase. First is a series of strikes he dishes out at close range. These can be dodged or blocked by hardening pretty easily since they’re telegraphed very clearly, and leave him open for your own attacks once the string is complete. If you’re quick enough to get a four hit combo back yourself, he’ll stagger for a moment so you can get an extra hit or two in. He will retaliate immediately after recovering, though, so be ready to harden.

If you back off, watch out for when he kneels down to let his little growth buddy fire flaming arrows at you. They’re not too dangerous, just keep moving or dodge, but just keep an eye out if you back off to heal.

Once you get his health down to half Crucix gets a new move where he leaps high up and slams himself on top of you. This deals tons of damage, especially if you’re using a lower defense shell, so get ready to harden against this move when you see it coming. Otherwise, keep close for the most part and hit him while he’s open. 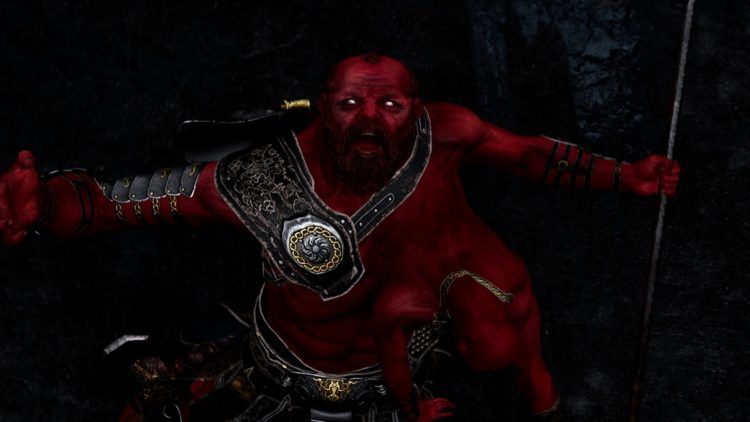 Once Crucix’s health hits zero, his little tumor sibling will die, making him very angry. His damage is higher all around now, and he swings a bit faster, so heal a little earlier than before. He will start doing a new four hit attack, the final hit of which is a massive kick that will knock you right off your feet if it lands.

Without his built in ranger, you’re pretty safe if you need to make space to heal since he doesn’t tend to rush you very quickly. Otherwise, Crucix doesn’t have much new to worry about in this last phase. Just time your hits and keep your health up until he’s done. 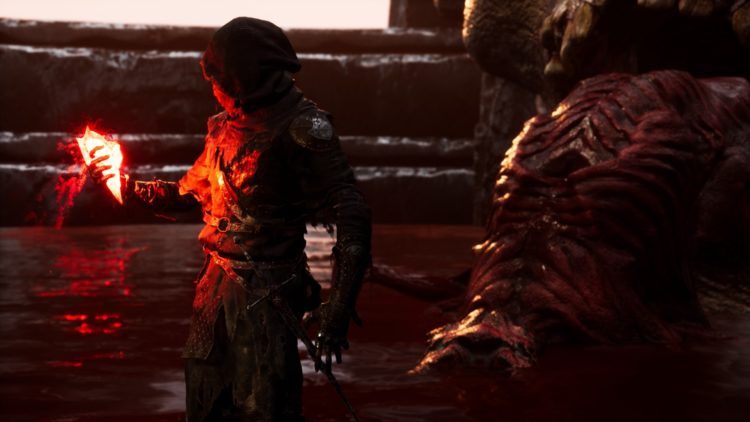 Make sure to grab the Glimpse of Oblivion from the boss, which you can use to collect a bunch of glimpses to send later, and the gland. From there, take the newly opened teleporter back to the Seat of Infinity and start your gland run back to Fallgrim. Hopefully you remember the way through this area, which is now considerably darker and swarming with enemies. Just sprint your way from Sester to Sester, saving at each, until you escape back to Fallgrim tower and can pass off the gland to the Old Prisoner who will unlock the Knotted Seal riposte ability for your Tarnished Seal.