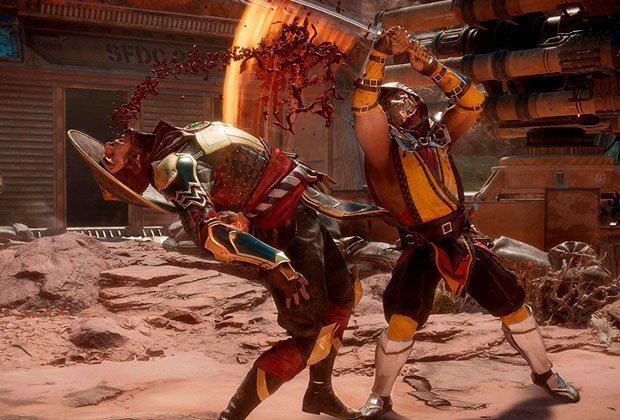 Mortal Kombat 11 Is A Beautiful game

While there were only five characters available in the beta, each features their own array of fighting styles to be chosen before a match. With three each, this essentially allows for fifteen character options to choose from.

The customization doesn’t end there, however. Mortal Kombat 11 has inherited some of Injustice 2’s gear system, allowing for the changing of fighters’ outfits. Unlike Injustice 2, this is solely cosmetic but works in tandem with the story mode’s time-traveling plot to offer dream matchups.

Seeing Scorpion in his retro garb battling against Baraka makes this feel like a Mortal Kombat toybox, filled with action figures from every era. Fans will find a lot to love here.

1) Mortal Kombat 11 Is A Beautiful game

It seems strange to say, given the series grisly art-style that hasn’t really evolved since its debut in the early nineties, but Mortal Kombat feels like the purest form of Ed Boon’s twisted imagination.

The game looks gorgeous, particularly on the PlayStation 4 Pro, and while there are some kinks to be ironed out of the framerate, it feels like a true showcase of the console’s power.

One map features an audience baying for blood, each animated and impressively detailed. Combined with the most detailed character models in the series’ history, as well as various elemental hazards, and Mortal Kombat 11 feels like a martial arts movie has come to life.