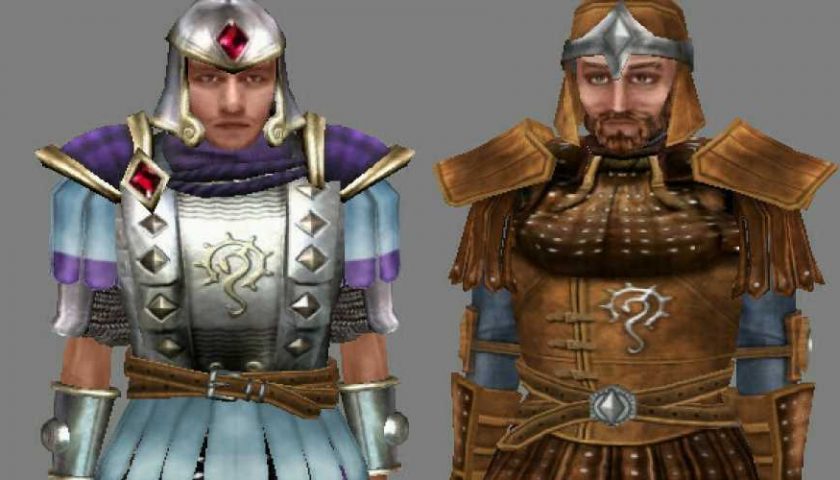 Tamriel Rebuilt is a massive community mod for The Elder Scrolls 3: Morrowind that aims to add the Morrowind mainland to the original game and the team has just shared an update on the project. The progress roundup includes two big pieces of news: the merging of Dominions of Dust has begun and the first new quests are complete and are currently being reviewed and merged. This means an upcoming double release for Dominions of Dust and Embers of Empire.

Along with those big pieces of news, the team shared a look at the progress made to the game over the past couple of months. This includes a look at the concept art that a variety of artists have contributed to the mod. From equipment and weapons to characters and creatures, these concepts show an improved-upon Tamriel that still retains the magic of the game we all know and love.

One of the more interesting pieces of concept art shows off the new design for the Spider Daedra or Perthan. Created by artist c0dacan0n, the creature’s new look is based on the Battlespire concept art rather than the original in-game design. While that design is very centaur-esque with a human upper torse sitting atop a spider’s lower body, this new design merges man and monster. 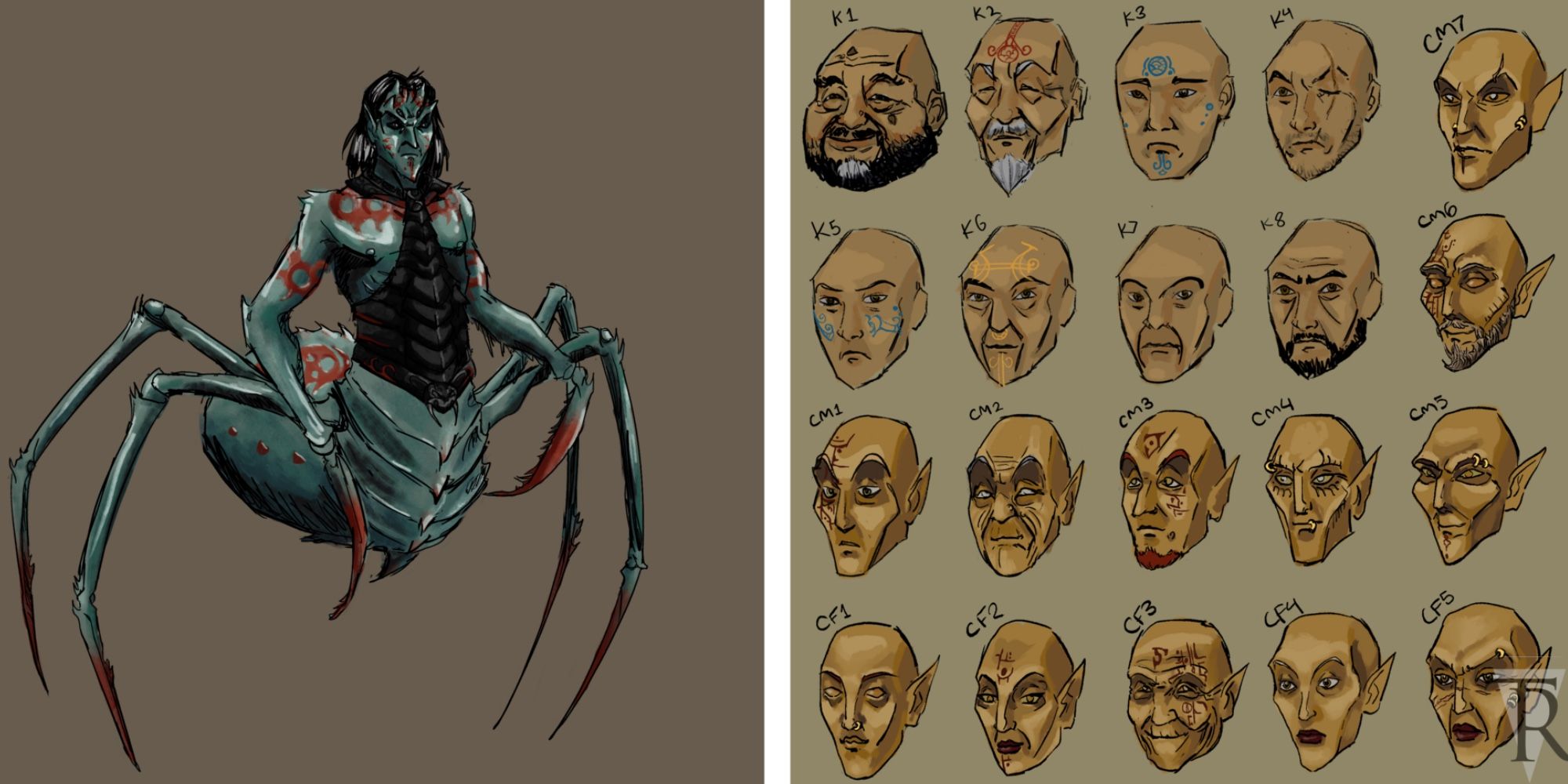 Another interesting design is that of the Bloodrust sword. This blade is a new artifact for the game comprised of blood salts solidified into crystal. The lore behind the artifact tells of its creation by the Ideal Masters. It was then rewarded to those who serve under the Masters in the Soul Cairn. As such, players will find this artifact in the upcoming Necrom Mages Guild questline. 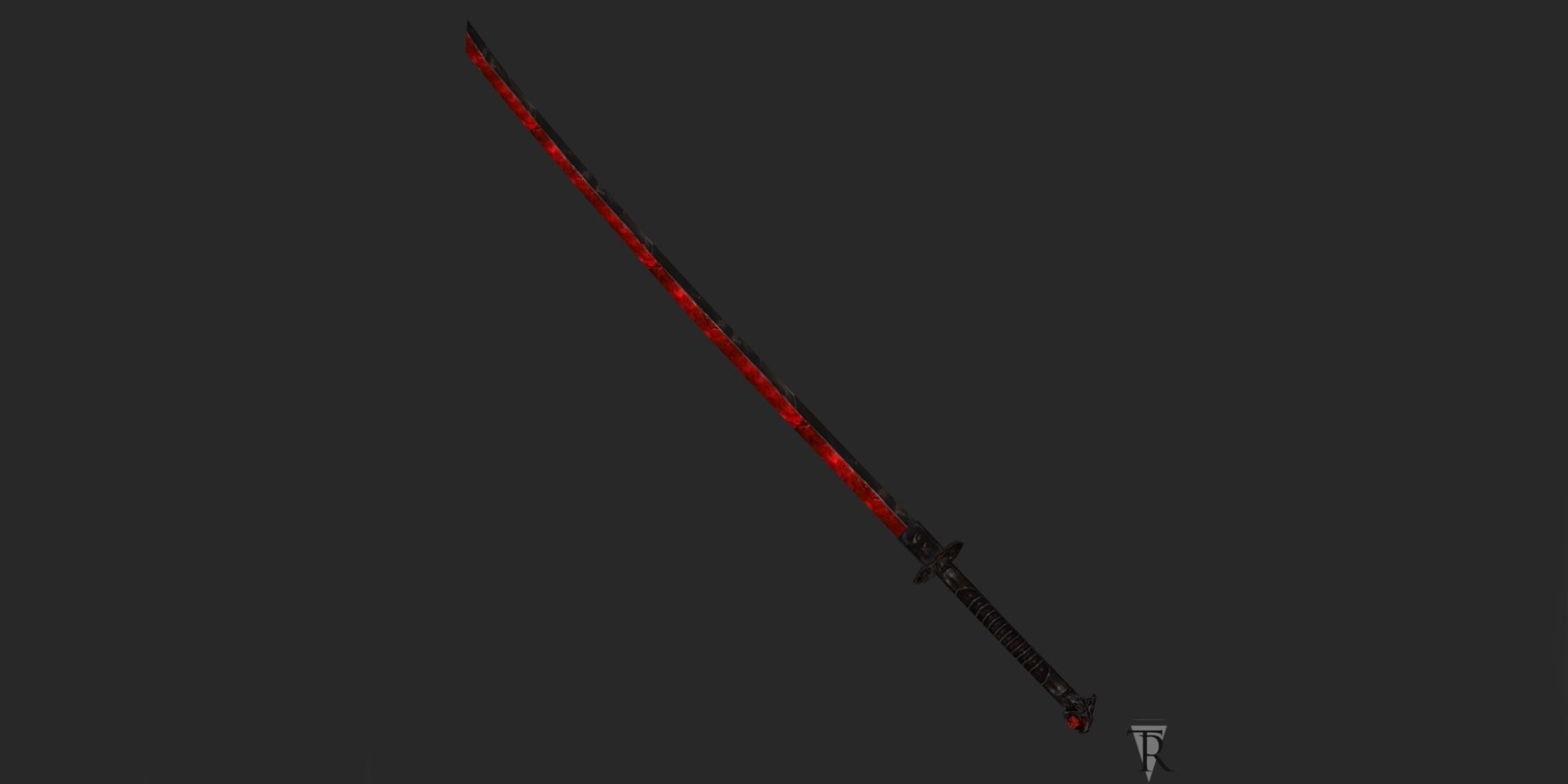 These are just a few examples of the concept art being shown off. The update also includes a look at the assets being constructed for the mod, as well as the interior and exterior environments. While a full release may still be a way off, the mod is well on its way and looking good.