Did you miss out on the Bandai Space Marine action figures? Fear not, as the intrepid heroes of mankind are back in a new range of Warhammer 40,000 action figures from McFarlane Toys.

Games Workshop has historically been very careful with licensing its IP to third parties, to the point where you couldn’t find anything related outside of a GW or Warhammer store. It has been a refreshing change to see these protective ways ease a little, resulting in some great third-party offerings! McFarlane Toys was established by Todd McFarlane (Yes, that Todd McFarlane. The guy who created Spawn) in 1994 and is now the fifth largest manufacturer of action figures in the US! It’s worked on some of the biggest IPs in the world, making it an ideal choice to tackle Warhammer 40,000. 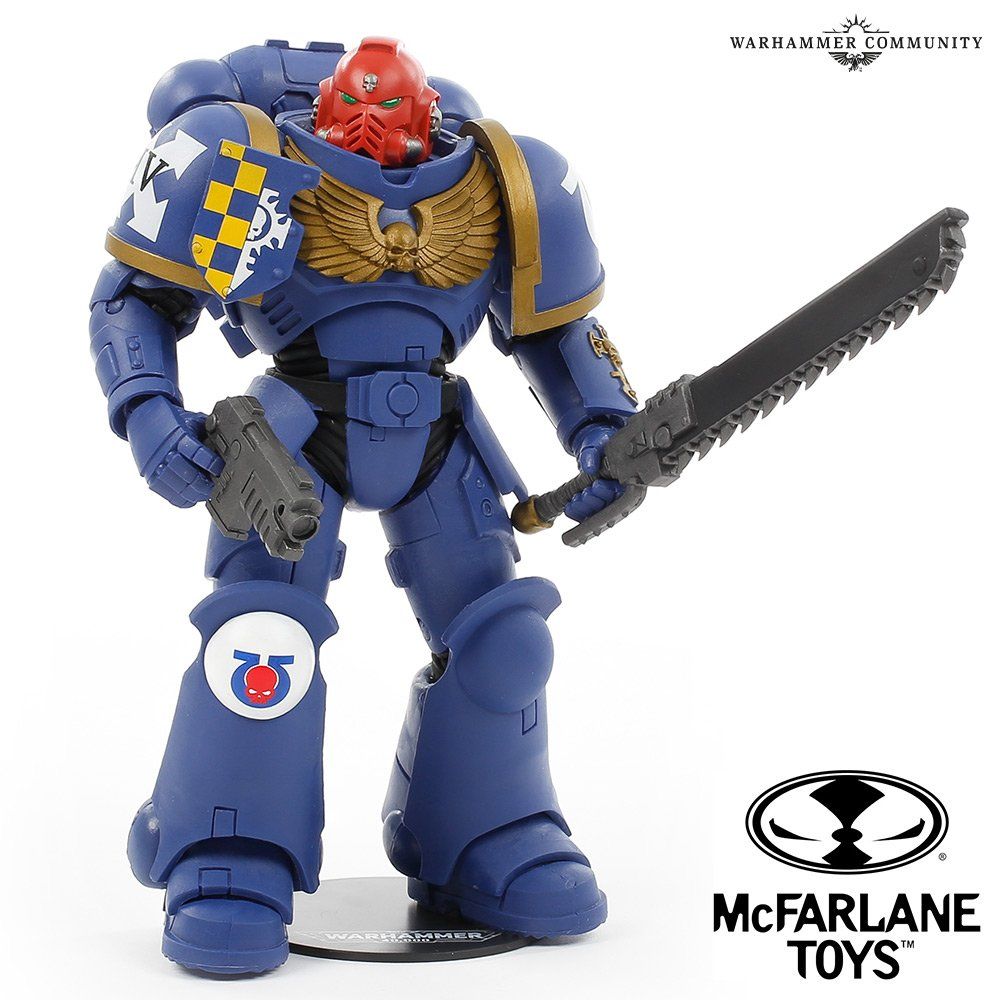 Due for release in October, McFarlane Toys is bringing the iconic Space Marines to bookshelves and display cabinets the world over. The signature model is no doubt the Space Marine Assault Intercessor Sergeant. At 7” tall the domineering figure will make a worthy addition to any collection. Complete with 22 points of articulation and equipped with a heavy bolt pistol and chain sword, this Space Marine leads the 4th Squad of the Ultramarines 2nd Company. 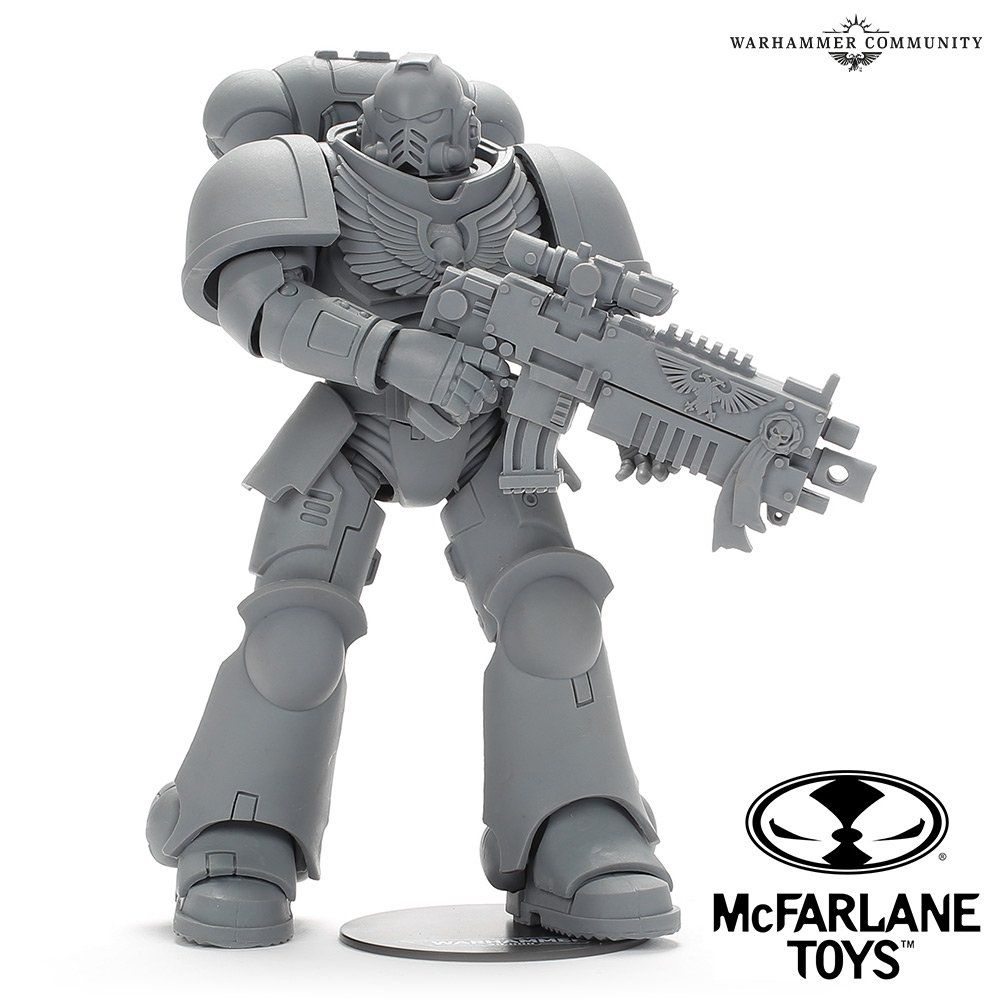 For those looking to paint their own action figures, McFarlane has something just for you! Again, towering in at 7”, the Space Marine Primaris Intercessor Artist’s proof also has 22 points of articulation but comes with a bolt rifle instead. There is no paint on this model, giving you the option of painting this one any way you like. Match your tabletop Chapter or even create your own. 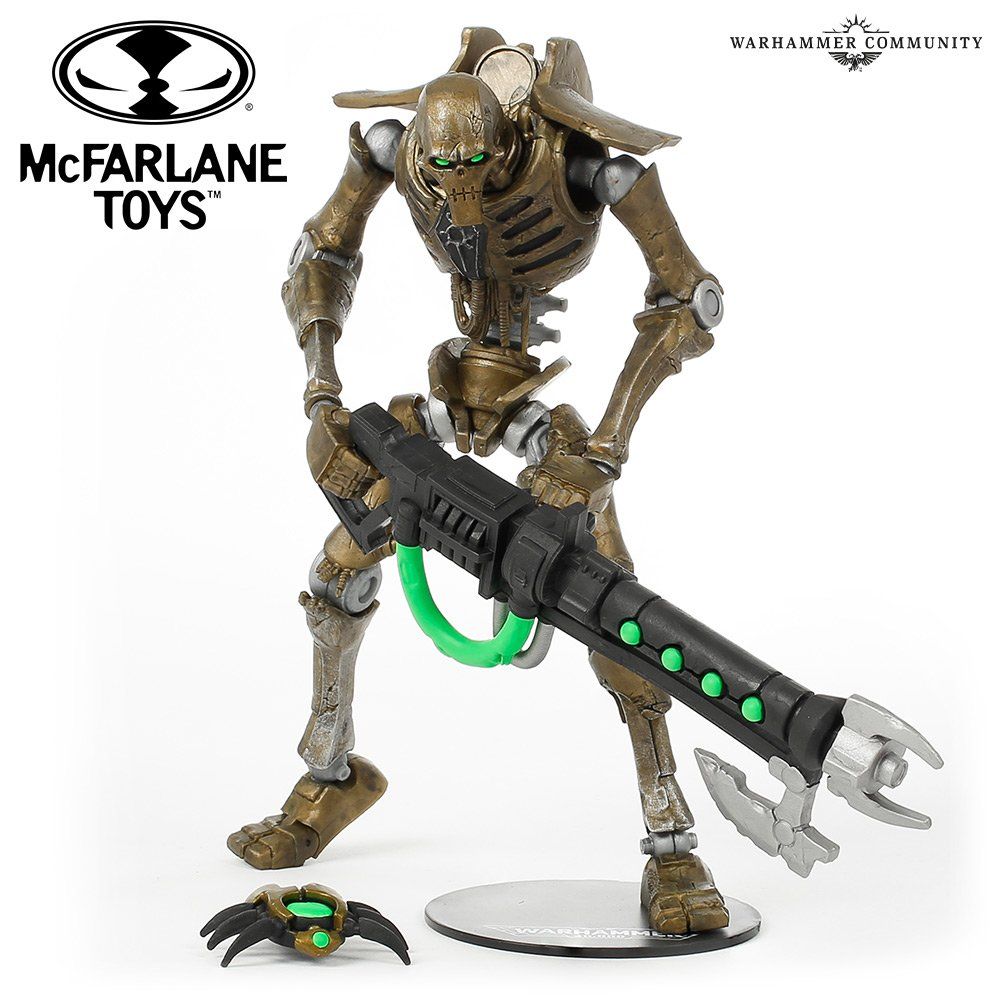 Finally, we have a Necron warrior for you. At the same scale as the arch-nemesis Space Marine Figures, the action figure is painted bronze, silver, and black and comes equipped with a Gauss Flayer and a Scarab.

All three action figures will be available to order online at the GW website, for one week only starting Saturday, October 10.