Super Mario Maker 2 already has five great-looking themes based on everything from the original Super Mario Bros. to the Wii U’s Super Mario 3D World. However, we’re not sated with what’s already been shown. Everyone wants a Super Mario Bros. 2 or Super Mario Land theme, but there’s a plethora of other influences Nintendo could take from. Here are five more potential themes that would really shake up how creators make Mario levels. 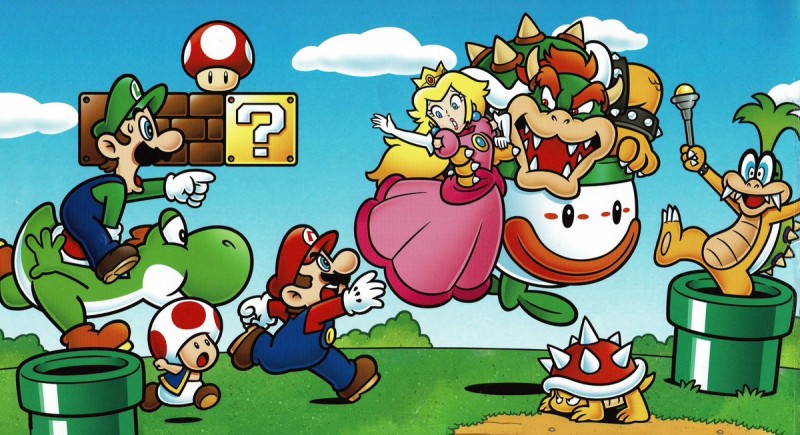 What it is: If you’ve seen any official artwork for Super Mario, it was likely drawn by Yoichi Kotabe. His art for Mario and company is iconic, and for good reason: Back when Nintendo’s consoles weren’t powerful enough to show detailed portrayals of Mario, Kotabe’s illustrations lent a vision of what the Mushroom Kingdom would look like if it was a children’s anime.

Now, we have the technology. Recent titles such as Shantae: Half-Genie Hero and Cuphead have perfected the look of traditional animation in games, so this is the perfect time to bring Kotabe’s original vision to life. Shigeru Miyamoto even showed interest in the idea!

Why we want it: Kotabe’s illustrations are nothing if not expressive. We’d love to see Mario, Luigi, and the Toads’ faces when hit by a Bullet Bill, or a Goomba’s look of terror in the last milliseconds before being stomped out of existence. Bowser and his son have had their characters expanded over the years, and seeing those characters shine through Kotabe’s style would be a treat. The music could reflect the style’s vibrancy and energy by updating Koji Kondo’s classic scores using an upbeat and energetic band. Designing your own levels in Kotabe’s style would give creators the opportunity to make levels that weren’t just fun, but visually stunning. 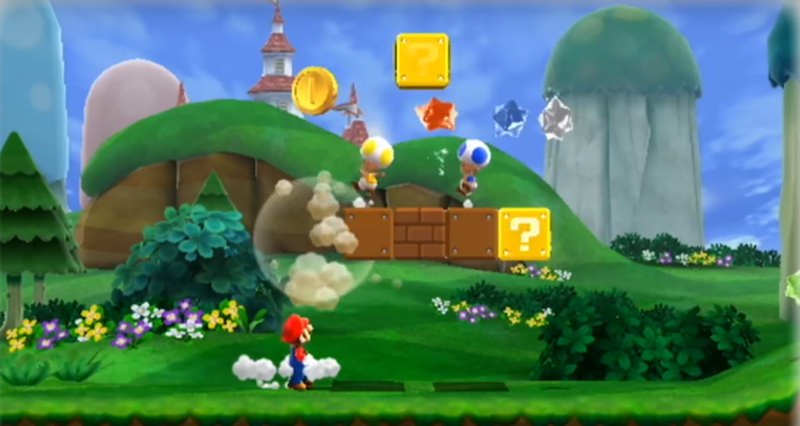 What it is: The Super Mario 3D World theme proves 3D animations have a place in Mario Maker. Nintendo has opened the floodgates to speculation about other 3D Mario games that deserve the same treatment. Although it would be fun to play around in Super Mario 64’s polygonal world, or to use Sunshine’s F.L.U.D.D. for some tricky platforming segments, Galaxy’s potential for playing with gravity and its power-ups intrigues us the most.

Why we want it: We know creators can play with gravity a little using the new night mode, but a Super Mario Galaxy theme would allow creators to have more detailed control of where Mario and friends fall. Taking after Galaxy’s own sidescrolling segments, creators could place directional arrows in the background, determining Mario’s direction of gravity. Furthermore, Mario could jump around on tiny planetoids that have small gravitational fields, or avoid the gravitational pull of black holes. Galaxy’s excellent selection of power-ups – such as the bee, rock, and cloud suits – would add tons of variety to level designs. Add Galaxy’s beautiful orchestral soundtrack and the game’s whimsical locations – in HD for the first time – and a Galaxy theme seems like a no-brainer. 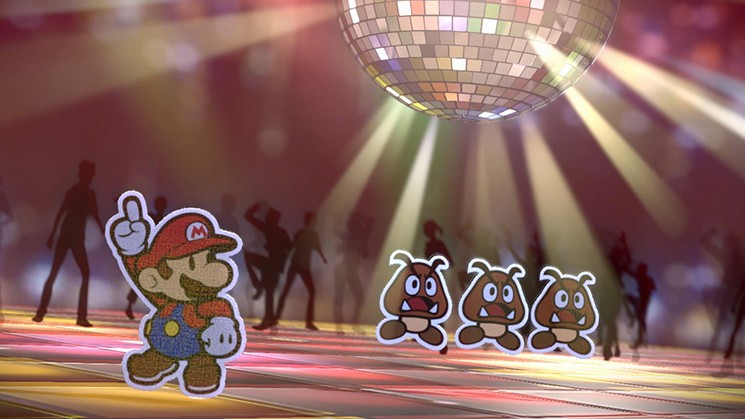 What it is: Games set within the Mushroom Kingdom feature a plethora of art styles and materials to give each game’s world its own identity, but Paper Mario’s world is one of the most fully realized. Recent entries have begun focusing more on the series’ paper aesthetic, but its colorful, pop-art style has been at the core of its art direction since its first entry on the N64. Having the tools to make stages with that same vibrancy would offer creators the opportunity to craft some visually stunning levels.

Why we want it: The most recent entry in the series, Color Splash, especially impressed us with its authentic papercraft world, with nearly every object being made out of paper or cardboard. Paper Mario’s style would offer creators the chance to make their own levels look like these paper dioramas. It wouldn’t be the first time Paper Mario had done platforming either, with Kyle Hilliard describing Super Paper Mario as “a platformer first and an RPG second.” For a really crazy idea, Nintendo could even implement a mode where players could gain a 3D view of the world in order to bypass obstacles, just as they did in Super Paper Mario. 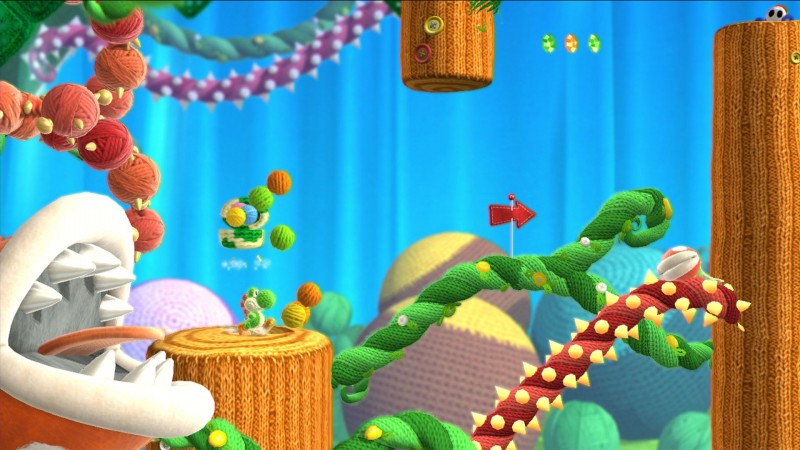 What it is: Japanese developer Good-Feel is fantastic at creating novel and unique art styles, and one of its most charming examples is the yarn look in Yoshi’s Woolly World. That game was full of adorable locations, obstacles, and enemies. As one of Good-Feel’s best performing games to date, we believe Woolly World deserves a fully robust and dedicated game theme.

Why we want it: Playing through Woolly World with Yoshi’s relatively slower pace was fun, but blazing through these adorable levels as the other Mario characters would add an entirely new dynamic to the game theme. Of course, seeing Mario, Luigi, Toad, and Toadette all in their yarn versions might be worthy of a theme alone, but seeing traditional Mario enemies such as Goombas, Koopa Troopas, and Hammer Bros. get the yarn treatment would be icing on the cake. Some levels could feature transformations where Mario turns into a plane, motorcycle, or even a mermaid, just as in the Yoshi games. Woolly World’s delightfully mellow soundtrack would also be more than welcome. 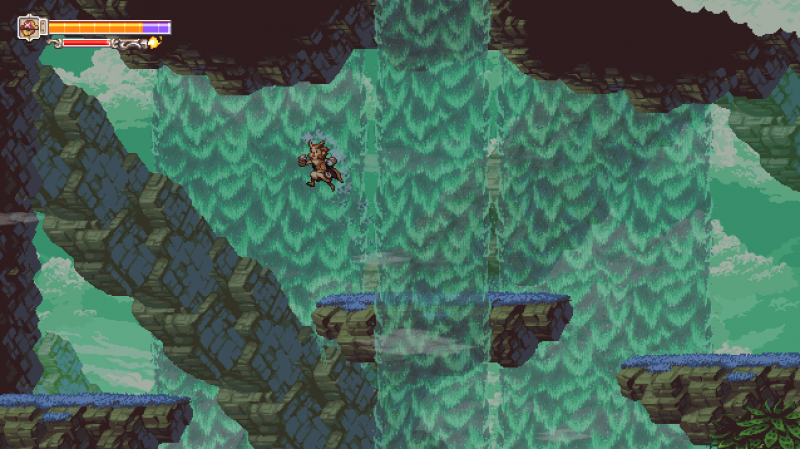 What it is: While Nintendo made the transition to 3D graphics with the N64, indie games have pushed pixel graphics far past the SNES’ capabilities. Owlboy’s developer D-Pad Studio coined this phenomenon of pixel art exceeding the limitations of retro consoles as “hi-bit.” It might be a dumb name, but we’d love to see Mario inhabit this style.

Why we want it: The last time Mario got a pixel art upgrade was in 1991 with Super Mario World. In the 27 years since, Mario games have always had 3D graphics, even in the side scrolling New Super Mario Bros. series. Mario deserves a new pixel look, and Super Mario Maker 2 is the perfect opportunity for Nintendo to give him one.

A new hi-bit style wouldn’t require too many mechanical changes and could offer even more detail to the Mushroom Kingdom. The playable characters and enemies would have more freedom for expression, the backgrounds would be more detailed, and the increased pixel count could even help with pixel-perfect jumps. A combined instrumentation of orchestral and chiptune music would be the perfect fit for this modern yet retro-inspired style.

For more on Super Mario Maker 2, check out our hands-on preview, or watch our New Gameplay Today showcasing some of the level themes.