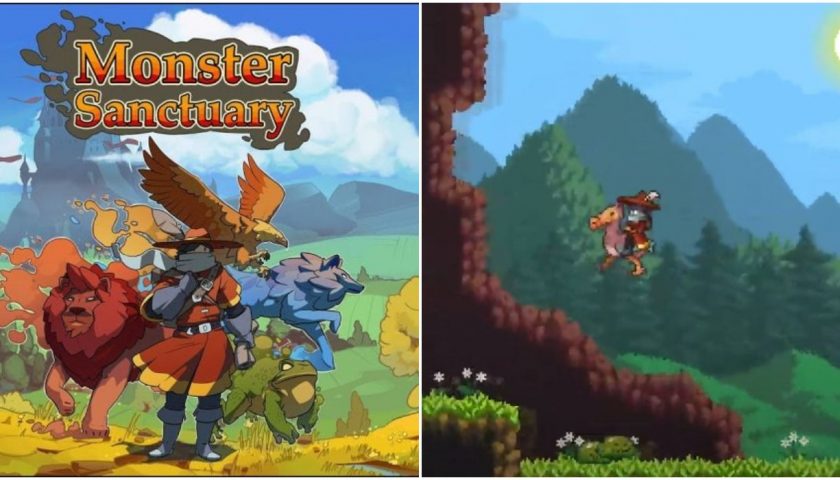 Although Monster Sanctuary is a monster taming game through and through, it also takes very heavy inspiration from the Metroidvania genre and gates progression behind certain items. However, most progression is actually prevented by not having certain monsters, who all have different effects in the overworld.

While this means that, even if you aren’t using a monster on your team, they are still all useful, it also means that you may have to repeat certain areas in order to obtain the monster egg necessary to move forward. 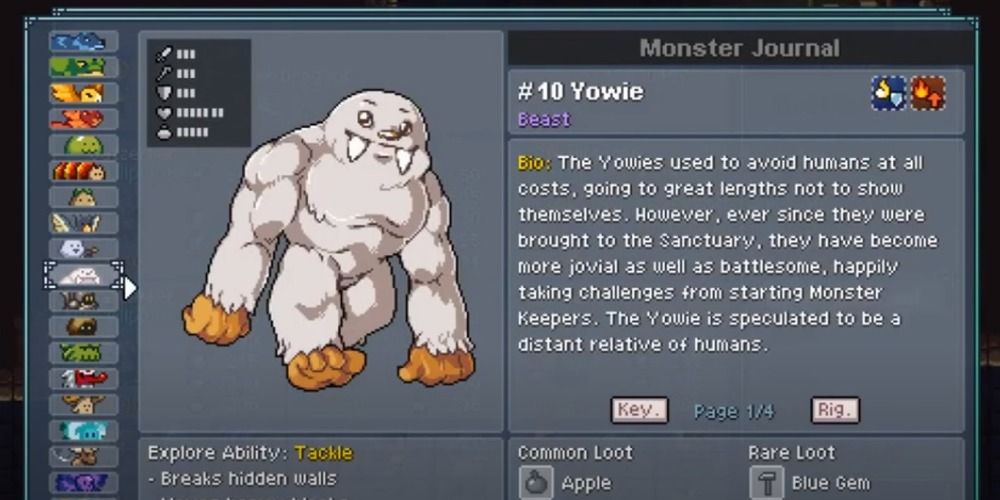 One of the earlier abilities that sees use throughout the whole game, the ability to move heavy blocks can be first obtained through either Steam Golem or Yowie in Mountain Path, though Yowie is much easier to obtain given that it is a regular enemy and Steam Golem is a Champion monster, though it can also be obtained later in the Mysterious Workshop. 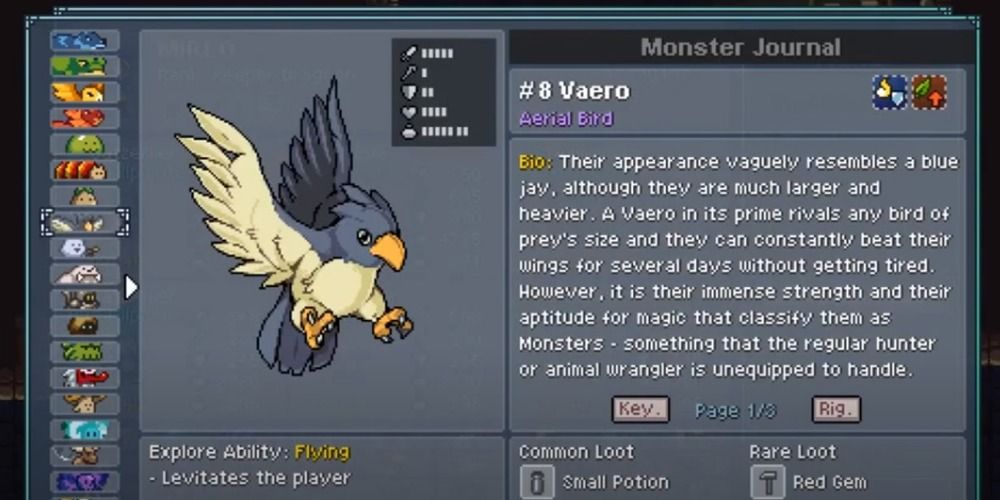 One of the most useful abilities, Flying can be found on many different monsters in Monster Sanctuary. Spectral Eagle has this ability and is the only Spectral Familiar without the ability to break walls, though having the Flying ability from the get-go is very useful. If you didn’t take the Eagle, Vaero also has this ability and is also a very good team member to invest in. 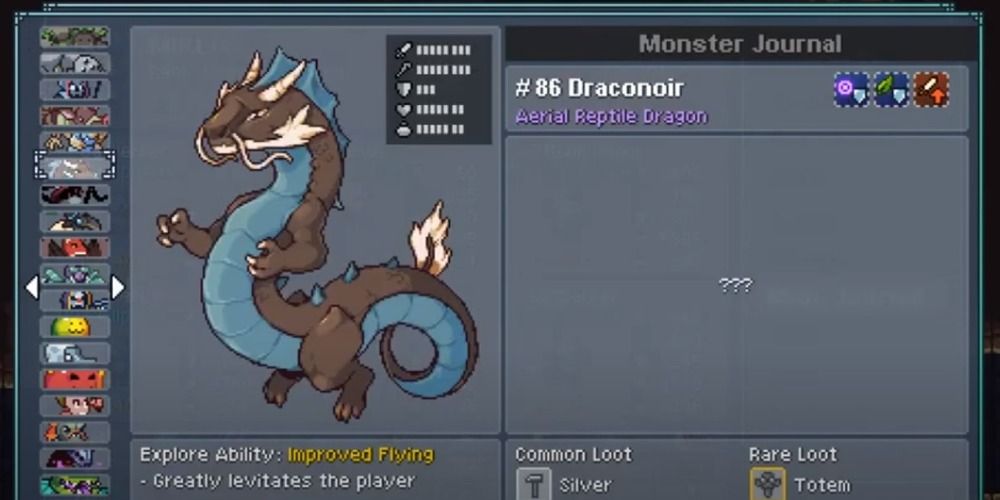 There are several monsters who have Improved Flying, including several Champions, though they are normally evolved forms of earlier monsters. Silvaero, the evolution of Vaero, can be obtained from Horizon Beach as there are Silvaero in the upper levels of the area. However, Dracogran in Magma Chamber can be obtained a little easier and is a decent monster in its own right, with Dracogran sometimes dropping the Fire Stone evolution item when defeated. 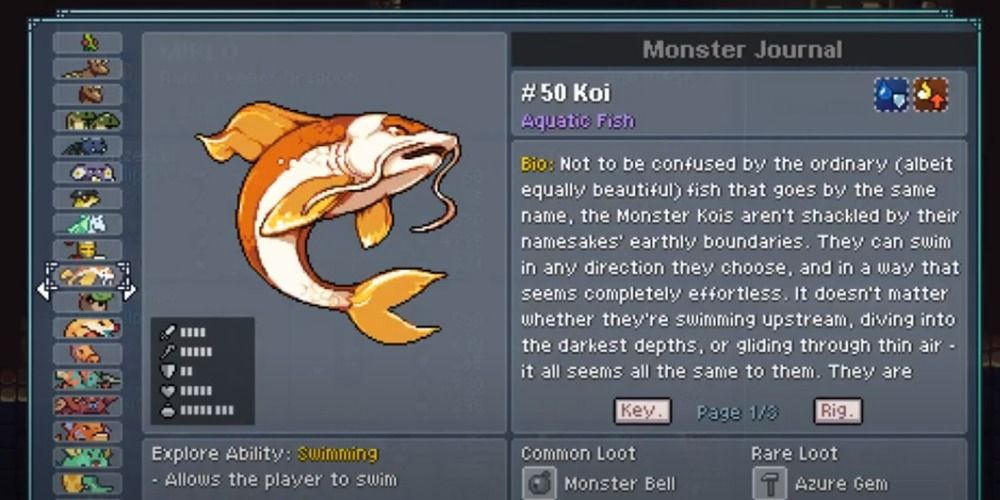 The first monster available that allows you to freely swim underwater, rather than sink like a stone to the bottom of the ocean, is Koi, which can be obtained from either Horizon Beach, though with some difficulty given that you need Improved Flying, or by completing the Sun Palace area, which both grants you the Koi Egg as well as opening up the Shifting mechanic to all overworld monsters. 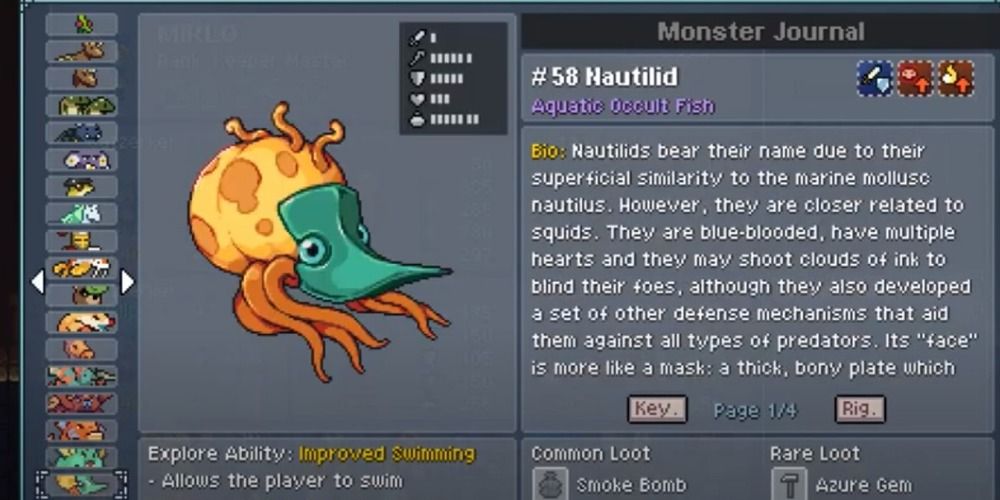 After gaining the ability to swim, it becomes apparent that simply swimming isn’t good enough. By obtaining a Nautilid or Thornish in Horizon Beach, both of which requiring Swimming to reach, you can force your way through bubble streams and access new areas.

Both of these monsters are fairly annoying to battle, so it is worth ensuring that you have a monster that can remove problematic debuff from your team, such as Grummy or Caraglow. 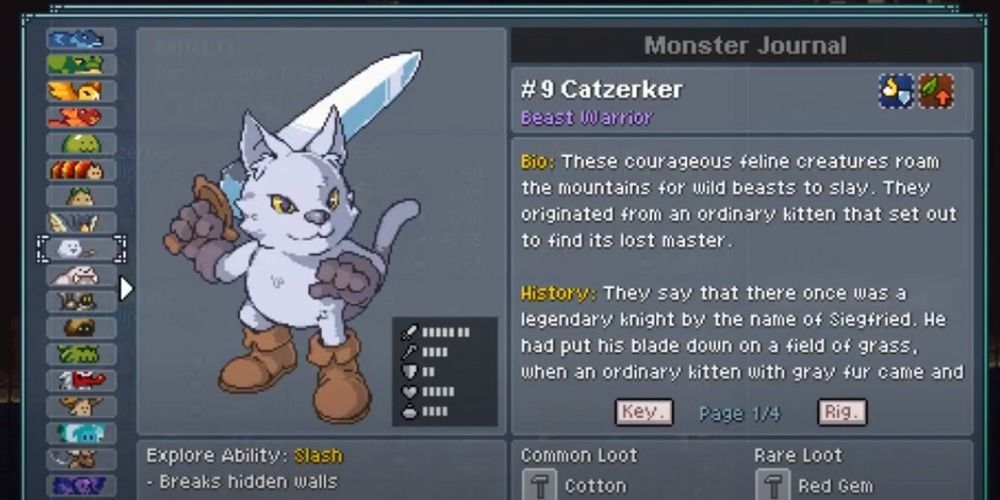 If you chose any Spectral Familiar except Eagle, you should have this ability from the very beginning, as the Spectral Toad, Lion, and Wolf all have this ability. If you did take the Spectral Eagle, then Catzerker in the Mountain Path is the next best option while also being a great attacker for any team. 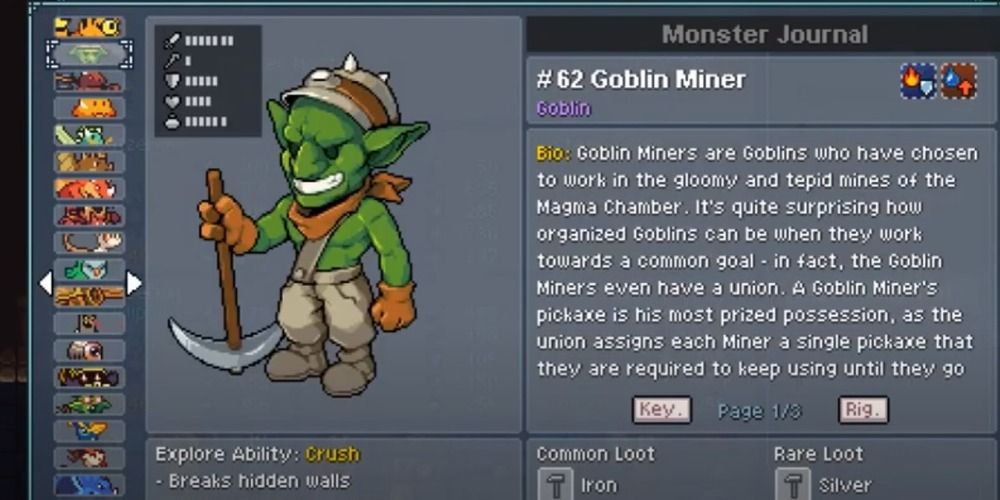 If you explored the Snowy Peak area before the Magma Chamber, you would have likely run into the crystal block that couldn’t be broken with the wall breaking ability. However, both Salahammer, Goblin Miner, and the Champion Asura all have the ability to break crystal blocks and can all be found in the Magma Chamber, though Asura is much harder to obtain. 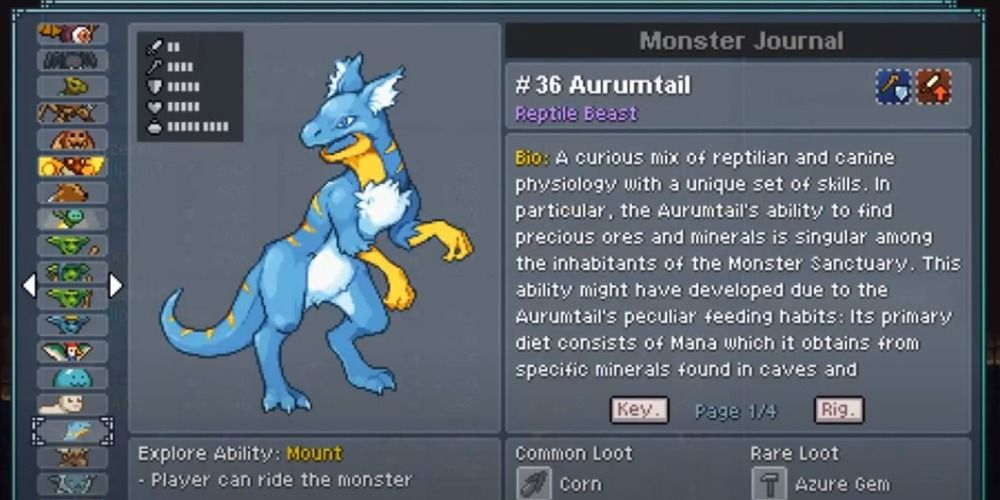 Instead of an item that allows you to walk faster, certain monsters can be ridden to gain the same effect. The two easiest monsters to get with this ability are Aurumtail, which is found in Snowy Peaks, or Dodo, which can be found in Horizon Beach. Dodo is worth getting multiple eggs of, due it its link with the Shockhopper egg in Snowy Peaks. 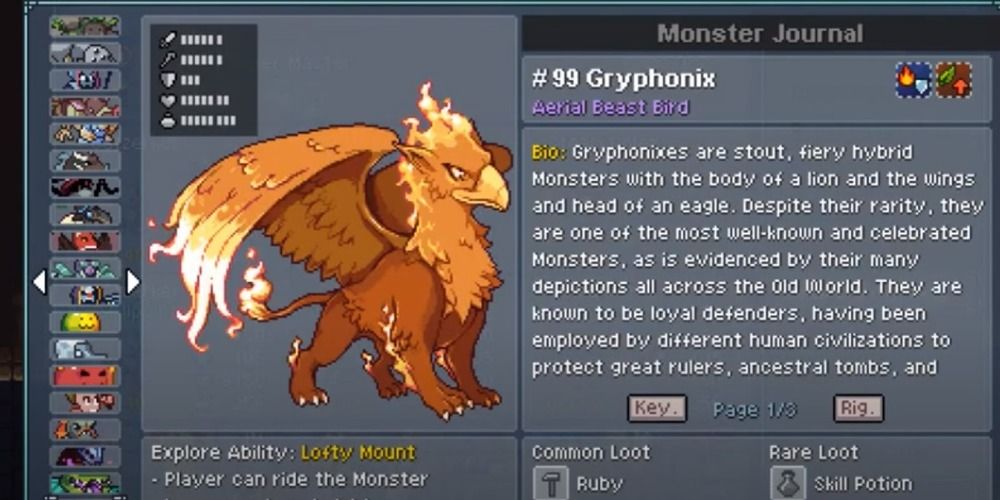 There are several areas that, even with a mount, the double jump, and Improved Flying, you are unable to reach. The champion Gryphonix, found in Magma Chamber, is the only monster in the game with the Lofty Mount ability, which has an improved jump height over other mounts. It is also an incredibly difficult fight and likely can’t be completed without a team that is at max level. 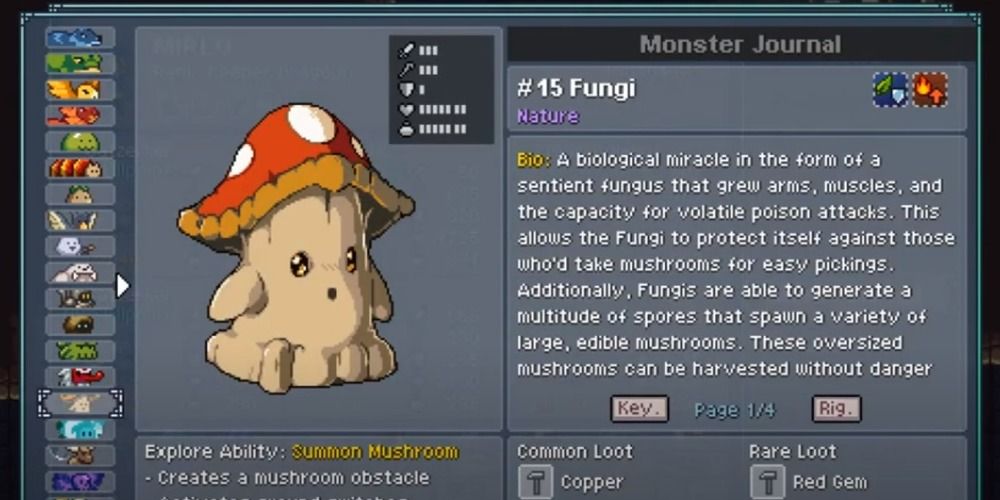 In order to hold down the buttons on the floor that usually gate certain doors, you need the Small Obstacle ability that leaves either a rock or mushroom on the floor, depending on the monster that used it.

Rocky and Fungi, found in Mountain Path and Blue Caves respectfully, are both capable of using this ability. Although Tanki also has this ability, it is much harder to get. 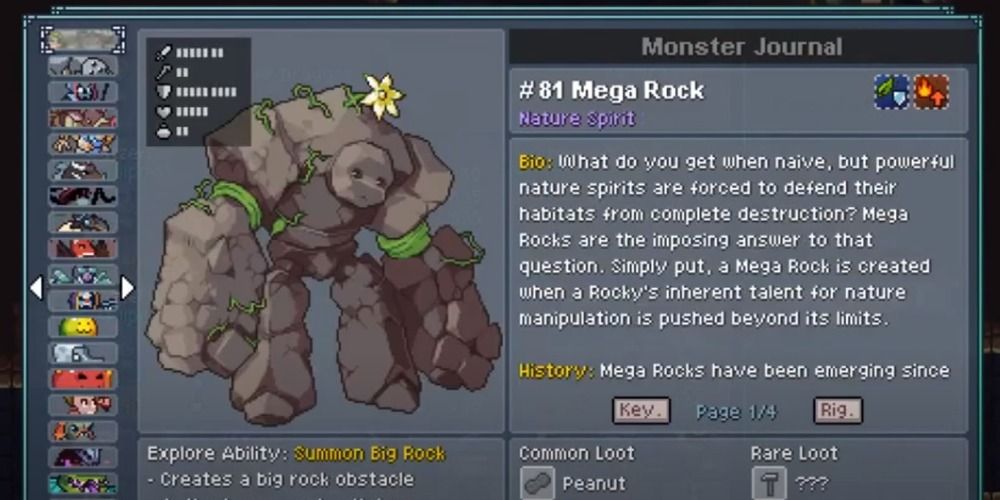 While small obstacles can hold down some buttons, others are too large and can’t be held down with a single rock or mushroom. Large Obstacles are the way around this, though it is an ability that isn’t easily obtained before reaching the Underworld area. Mega Rock, the evolution of Rocky, can be obtained once reaching the Underworld, though the Champion Brutus also has this ability, it is not an easy fight to gain a five-star rank and obtain the Brutus Egg. 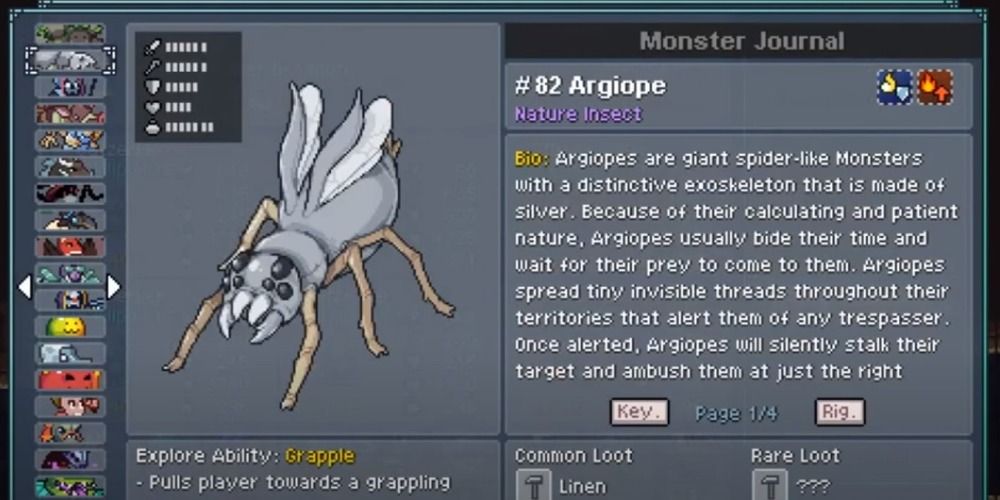 Although there aren’t many grapple points in Monster Sanctuary, the ability is needed to progress through the story. Argiope, which can be found in the same Ancient Woods area as Trolls and Brutus, has this ability. An easier monster to obtain with this ability is Oculus, found in the Mystical Workshop area. 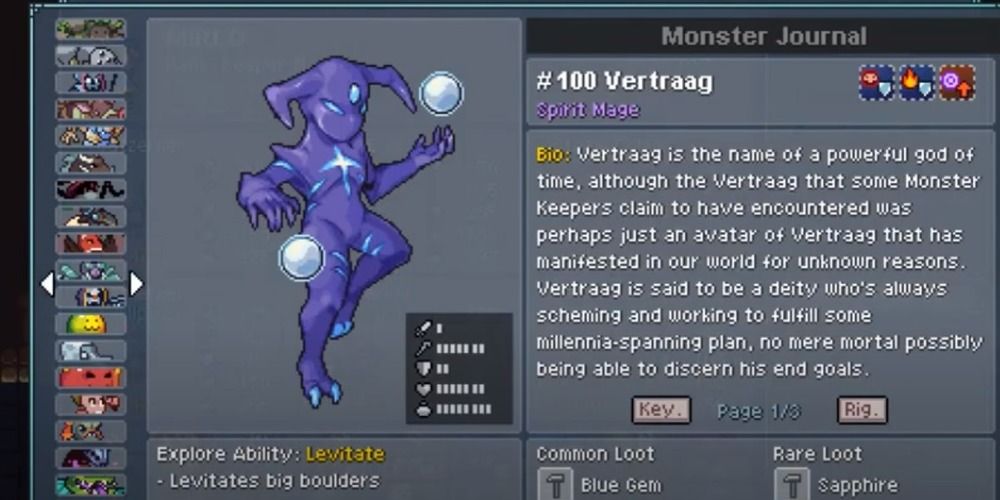 One of the harder abilities to obtain is the Levitate ability, which moves the large rocks that block several key areas until the end of the game. Like with Lofty Mount, this ability is locked behind Champion monsters, with Levitate only appearing on Vodinoy in Horizon Beach, Diavola in Sun Palace, and Vertraag in Mysterious Workshop. All of these Champion battles are locked at level 40 and attempting them before reaching this level yourself will most certainly result in losing. 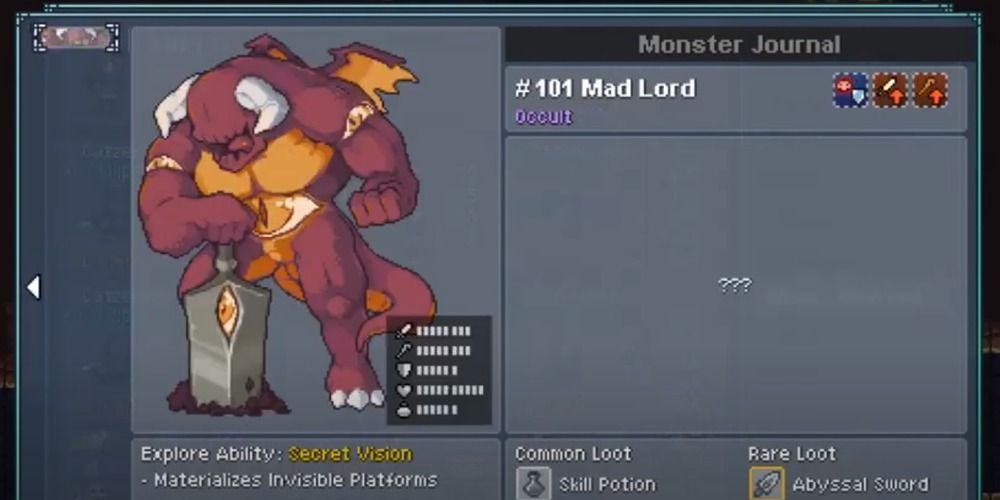 Once you have unlocked the Abandoned Tower, you can finally obtain the monster that allows you to traverse over the “invisible” platforms that are surrounded by a purple aura. Sutsune and Thanatos, both found easily in the Abandoned Tower, are capable of using this ability, though Sutsune is a little more useful due to its ability to steal any opposing buffs rather than simply removing them altogether. 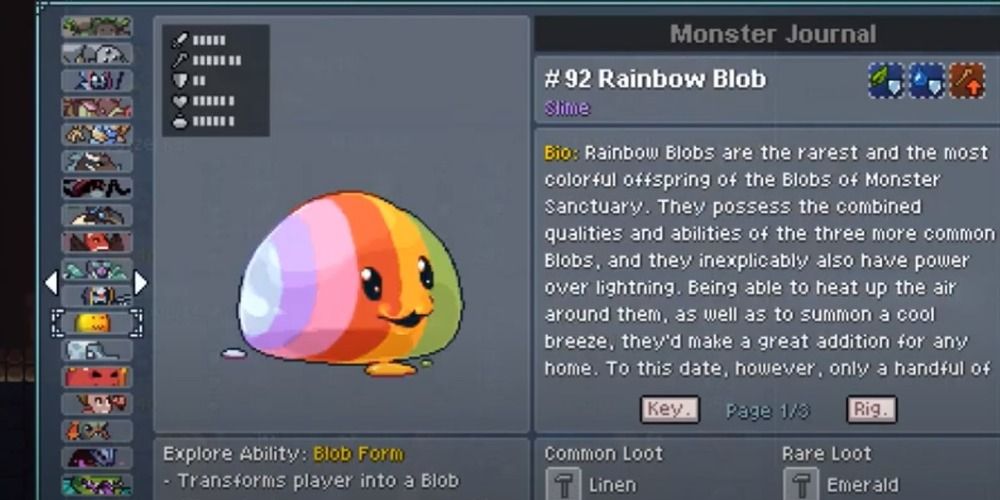 There are several points in the game where you need to shrink down to fit into a tight space, though all monsters that have the Shrink ability are found in Blob Berg, where you can also find a monster from the Worms series. Both Rainbow Blob and Changling have this ability and are both worth using in a team. While Blob King, which is also found in Blob Berg, has the same version of this ability as Rainbow Blob, it is much harder to obtain. 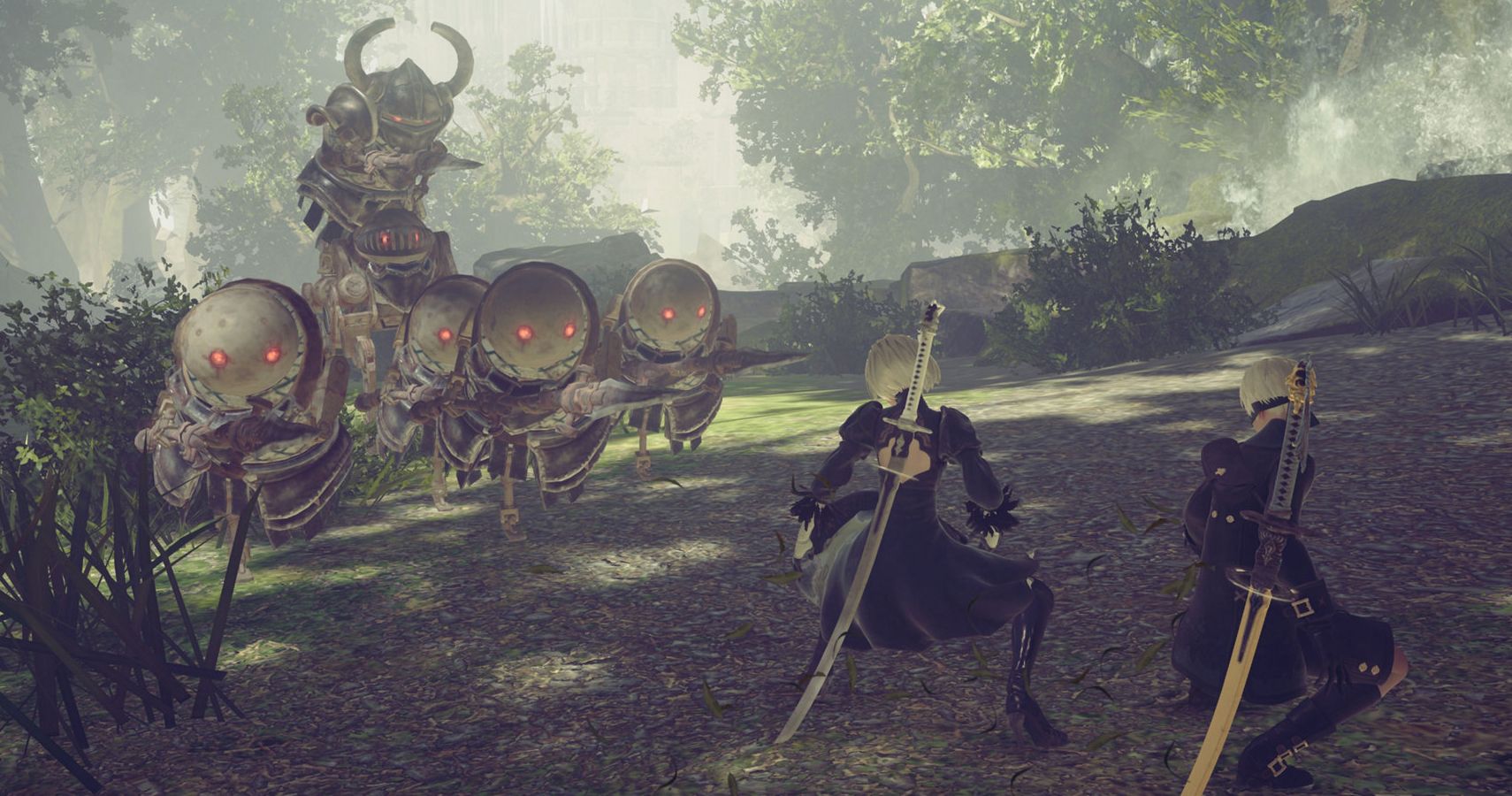