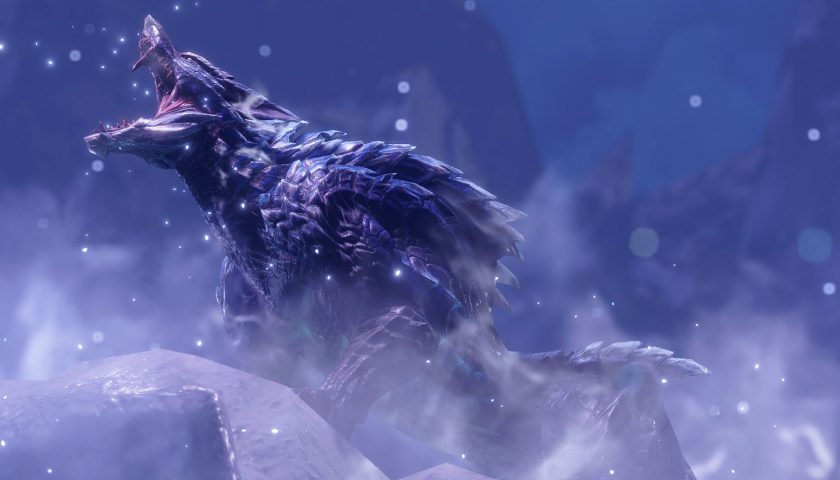 I don’t expect too much from Monster Hunter, if I’m being honest. Mostly, I just want to see a big scary dragon shoot lightning beams at a gorilla made of rocks. I want to kill them with a big spear that shoots bullets out of the tip. I want to turn their bones into a cool hat. Those are the beats that make the Monster Hunter series so much fun to grind, and for the most part, it’s enough.

Every once in a while though, Monster Hunter games can build up to a big moment. Usually the story just leads you from one big monster to the next, but occasionally there’s a little more to it, and it always makes a huge difference. In World, you sometimes had to collect tracks during multiple hunts before you even saw the monster for the first time. Those tracks, labeled ‘???’, would slowly reveal more details about the monster, building up the tension until you were finally ready to face it. Other monsters appear during cinematic moments to tease fights to come later on. The first time you encounter Nergigante is while climbing on the back of Zorah Magdaros, and it escapes before you’re able to take it down. These moments help break out the pacing of Monster Hunter’s repetitive gameplay and create anticipation for battles to come.

Monster Hunter Rise: Sunbreak doesn’t have those moments. The expansion campaign progresses predictably from the first Urgent Quest to the last as you take down an ever-expanding roster of new and returning monsters. It never pauses or side steps to set up a future fight, and it never breaks from the formula in an attempt to surprise or misdirect players. You just kill a monster, go back to town, then choose another monster to kill, and that’s it.

I probably would have just let it go. After all, there’s a lot of ways that Monster Hunter Rise feels like a step backwards from World, and I already wrote at length about the difference in my review of the base game. I didn’t expect things to change in Sunbreak, and even before I started I had already committed to just enjoying the game for what it is. I wouldn’t have complained, but there’s a misstep in the final moments of the campaign that’s too big to ignore. It isn’t that Sunbreak never tries to build up to a moment – it’s that it tries very hard, and completely fails. 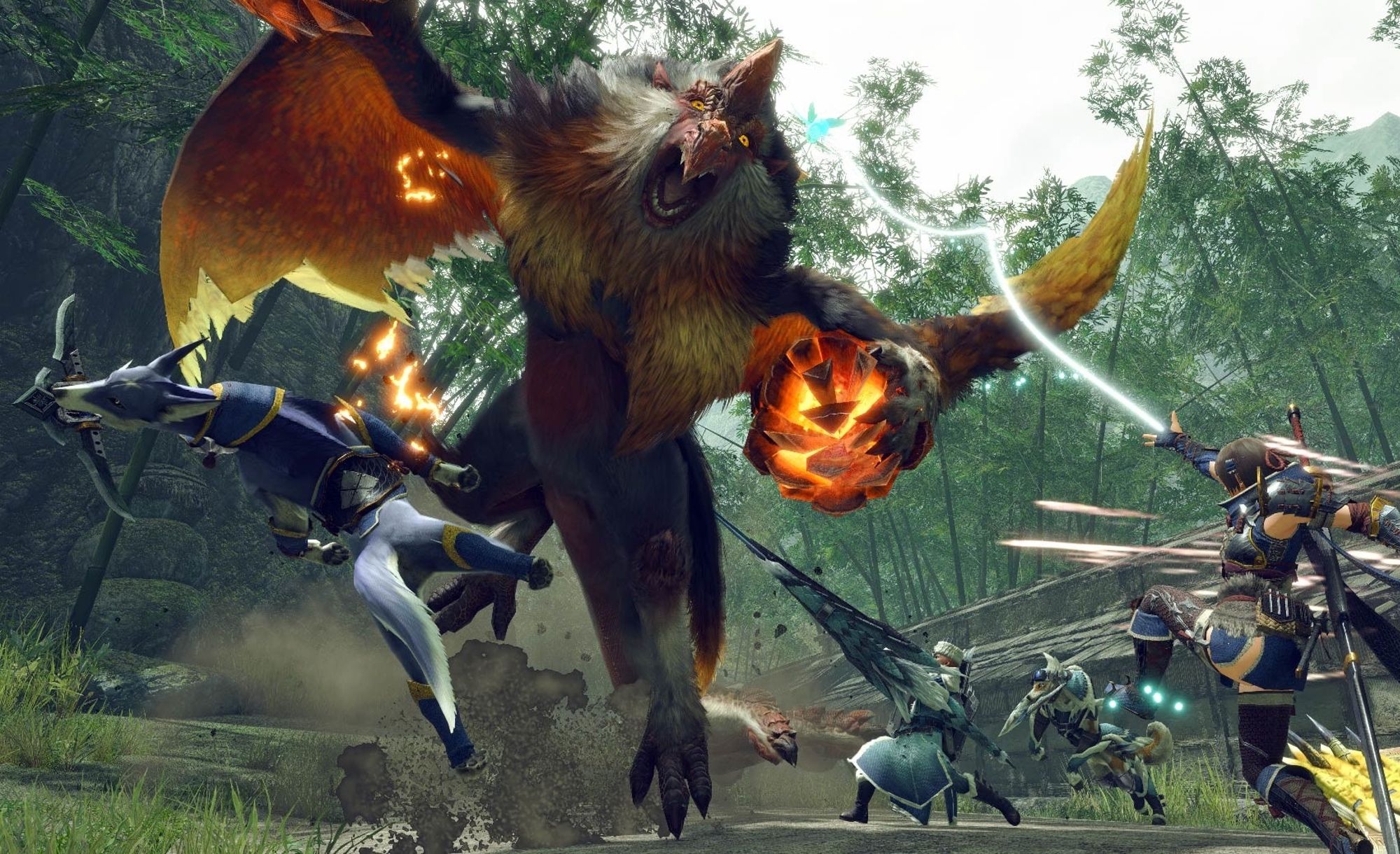 There is one Urgent Quest right before the final boss that everyone will surely remember. It’s called Gathering of the Qurio, and it tasks you with hunting down a Lunagaron. This is the first and only repeat monster that shows up in an Urgent Quest, so I immediately became suspicious that something here wasn’t what it seemed.

If I wasn’t already convinced that something unexpected was about to happen, the chatter among the villagers pushed me over the edge. As you prepare for the quest, characters will mention rumors of a mysterious monster called Archdemon of the Abyss. Even the quest itself refers to it in the description, which tells you your job is to secure the area around the Citadel to ensure that the area is secure. “Archdemon of the Abyss? Let’s focus on the mission and save the bedtime stories for later.”

When you arrive at the Citadel, things are looking grim. The sky is black and there are glittering red lights hanging in the air all around you. There’s no endemic life anywhere – the map is completely empty. You can’t collect buffs from Spiribirds, so you’re already vulnerable for whatever is about to happen.

As you make your way towards the Lunagaron, you’ll find dead monsters along the way. Clearly, this isn’t going to be a normal hunt. When you finally find the Lunagaron on the west side of the Citadel, it doesn’t attack you. Instead, it flees down a tunnel, and your only option is to follow it. I was extremely reluctant to follow it because I expected something truly terrible was waiting for us on the other side of the tunnel, and without the normal buffs and items I usually collect before a fight, I felt a real sense of doom. I lingered behind for a moment, desperately searching my inventory for something, anything that could give me an edge, but eventually I had nothing left to do but follow it, so I did.

Here’s the thing: it’s just a Lunagaron fight. I’m serious, all you do is catch up to the Lunagaron and fight it. It’s a bit harder without the extra buffs you’d normally have, but otherwise it’s the same Lunagaron fight you’ve probably already done half a dozen times. No bigger monsters ever show up, nothing surprising happens, you just kill a Lunagaron. 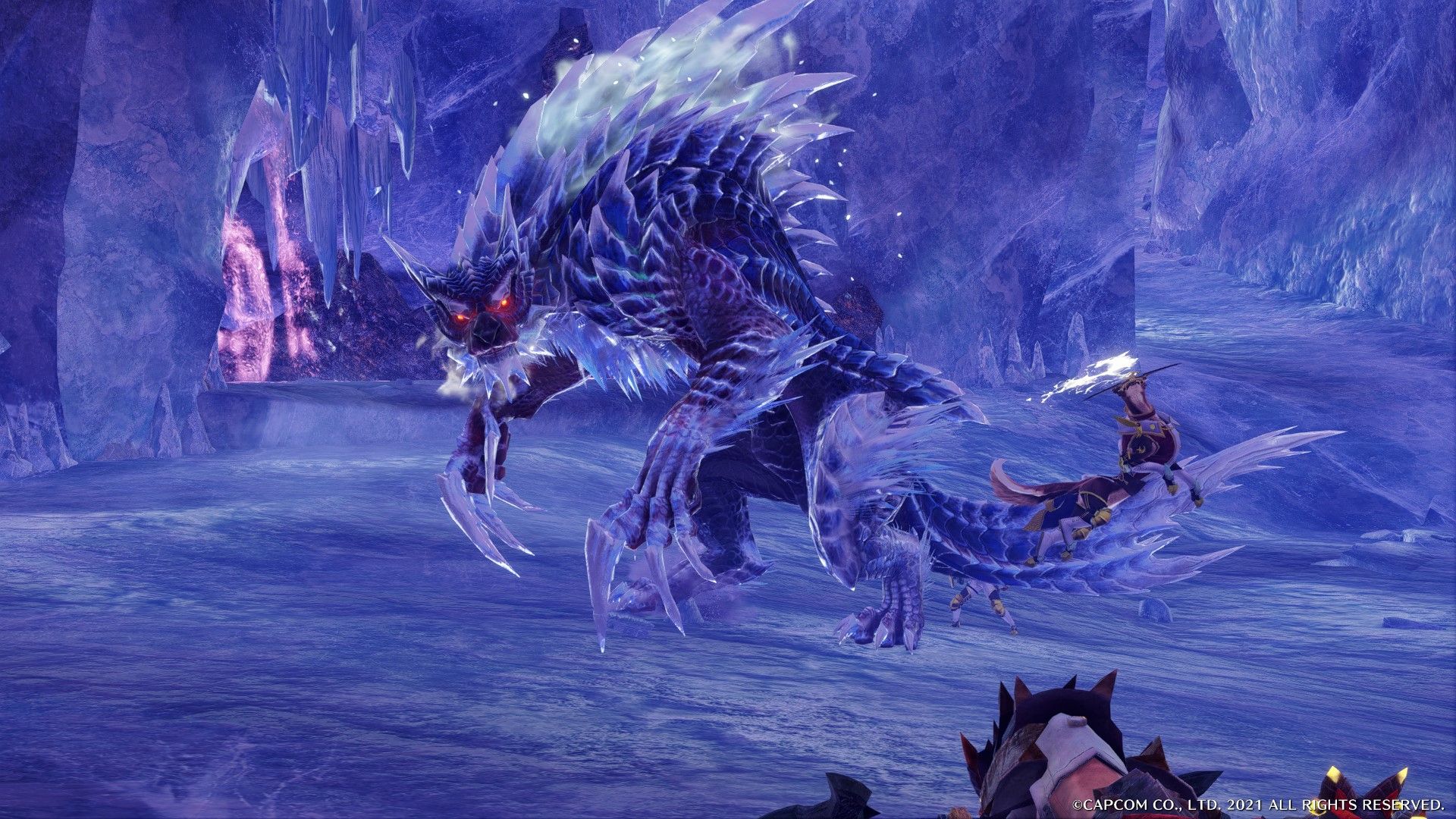 After the hunt, you do get to see Gaismagorm, AKA the Archdemon of the Abyss, in an extended cutscene. The heroes challenge this massive monster from their ship, firing Dragonators at its thick hide and driving it back into its nest. It’s a cool sequence, but the fact that it all plays out in a cutscene takes all of the excitement out of the reveal. I wanted to see Gaismagorm drop in on the Lunagaron and crush it beneath its heel to show us what kind of threat it truly is, then trap us in a fight we have no chance of winning. I was hoping for a last second rescue from Fiorayne and Admiral Galleus to really make us feel like we weren’t ready for the fight. Instead, you go back to town, eat some dango, and head down to Gaismagorm’s nest to chop off its head without much resistance at all.

I realize playing Monster Hunter for the story is a bit like playing Pokemon for the graphics, and fans will give me a hard time for criticizing something that’s always been one of MonHun’s weaknesses, but I can’t help but feel let down by how poorly executed this sequence was. It had potential to be the one one moment of real dramatic tension in the game, and it completely whiffed. Monster Hunter World would never, and I’ll continue to stan that game until I die or Monster Hunter World 2 comes out, whichever comes first.