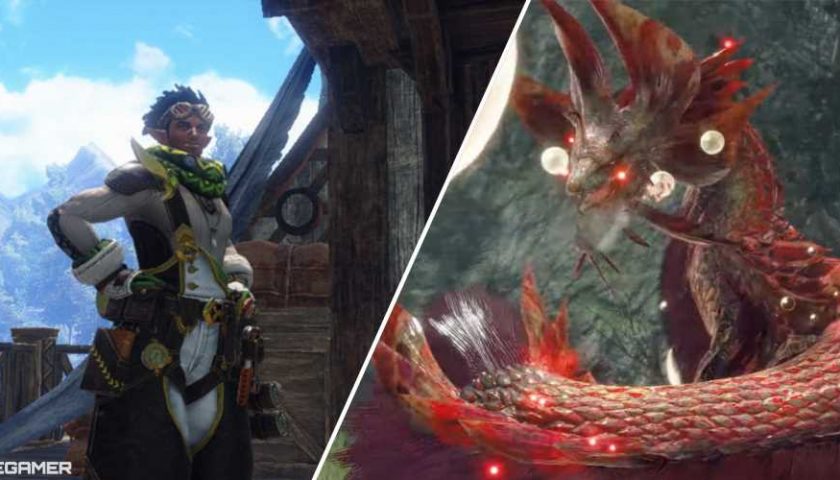 With the release of Monster Hunter Rise: Sunbreak's first title update comes Anomaly Investigations and Qurious Crafting. These two features will allow you to upgrade your gear with random effects, letting you chase the perfect piece of equipment.

Through Qurious Crafting, you can add random skills to your gear by using materials earned from hunting Afflicted monsters. Let's take a look at how to unlock Qurious Crafting, how to augment your gear, and where to find all of the materials you'll need to utilize these features.

How To Unlock Qurious Crafting 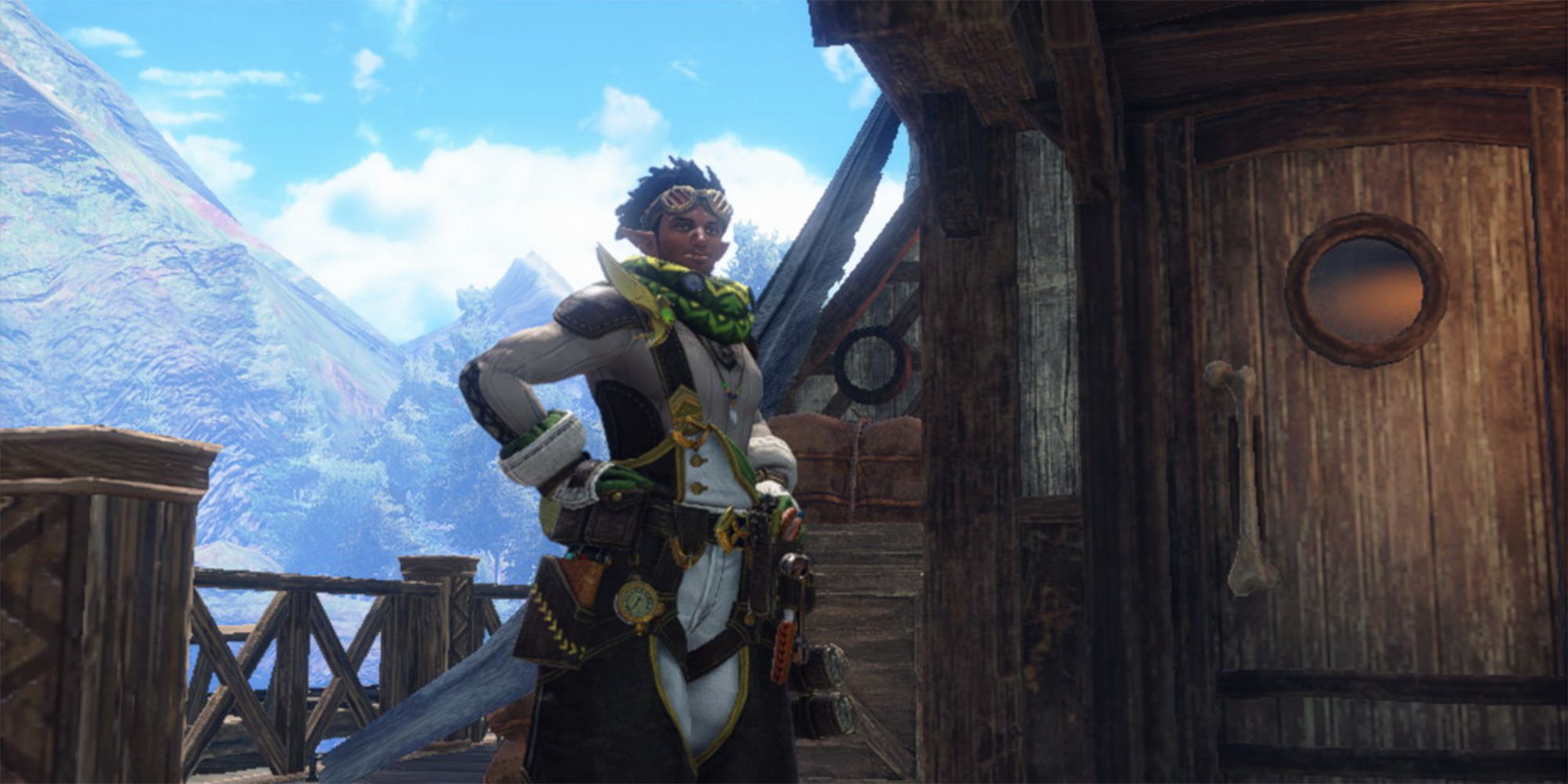 Qurious Crafting is unlocked by first speaking to Bahari about Anomaly Investigations after unlocking Afflicted monsters at Master Rank 10. Then, head to the Smithy and talk to Minayle to unlock Qurious Crafting. Before you can use Qurious Crafting to upgrade your gear, you'll need to enable Augmentation for the gear first.

How To Augment Armor 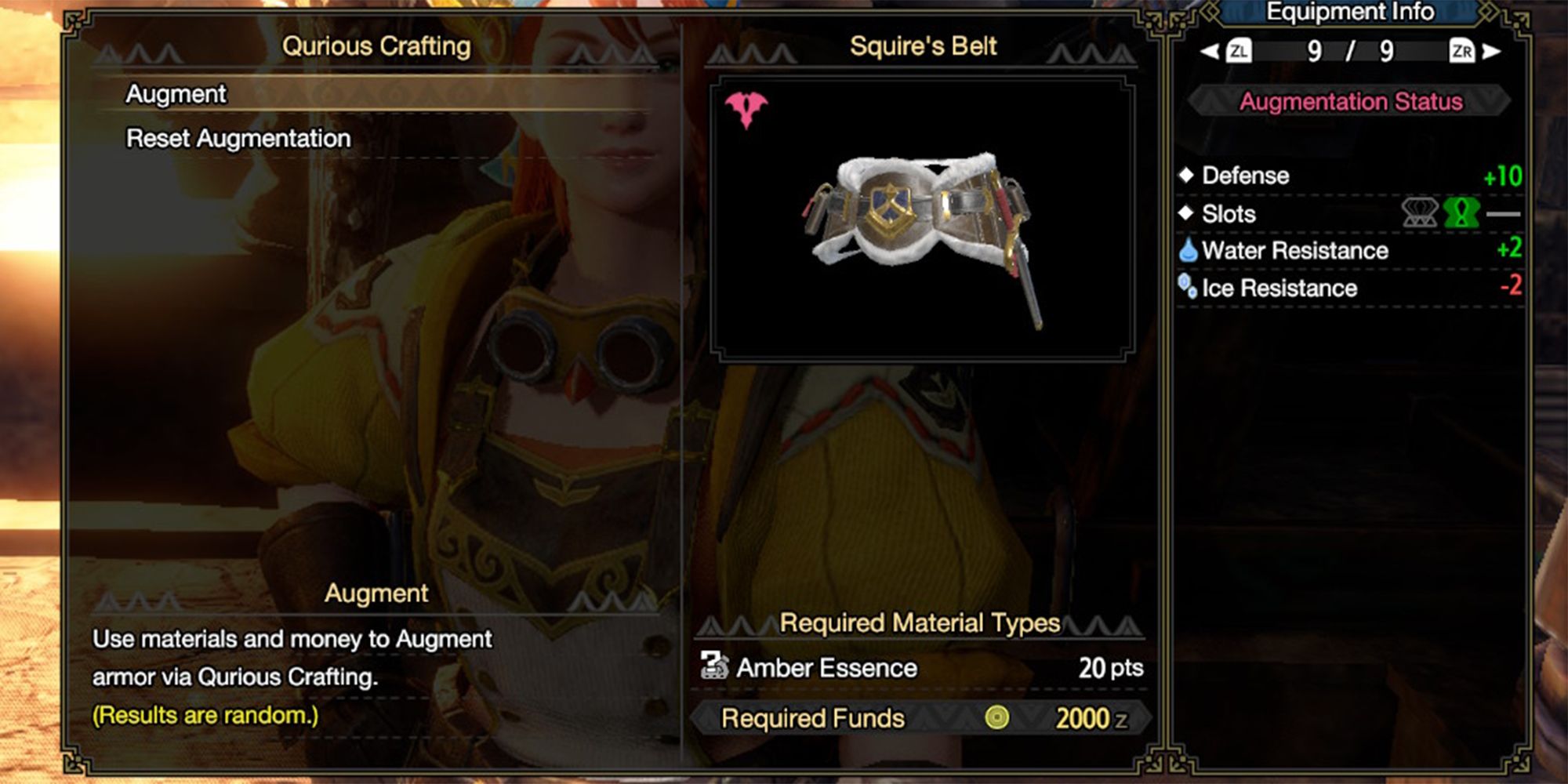 After enabling Augmentation, you can now use Qurious Crafting to add random bonuses to that piece of armor. To do so, you'll need to spend Amber Essence of varying amounts. Deliver enough Amber Essence, and you will be able to add random effects to your armor. If you're unsatisfied with the skills, slots, or stats of that attempt, you can repeat the process as much as you want by spending more Amber Essence.

How To Augment Weapons 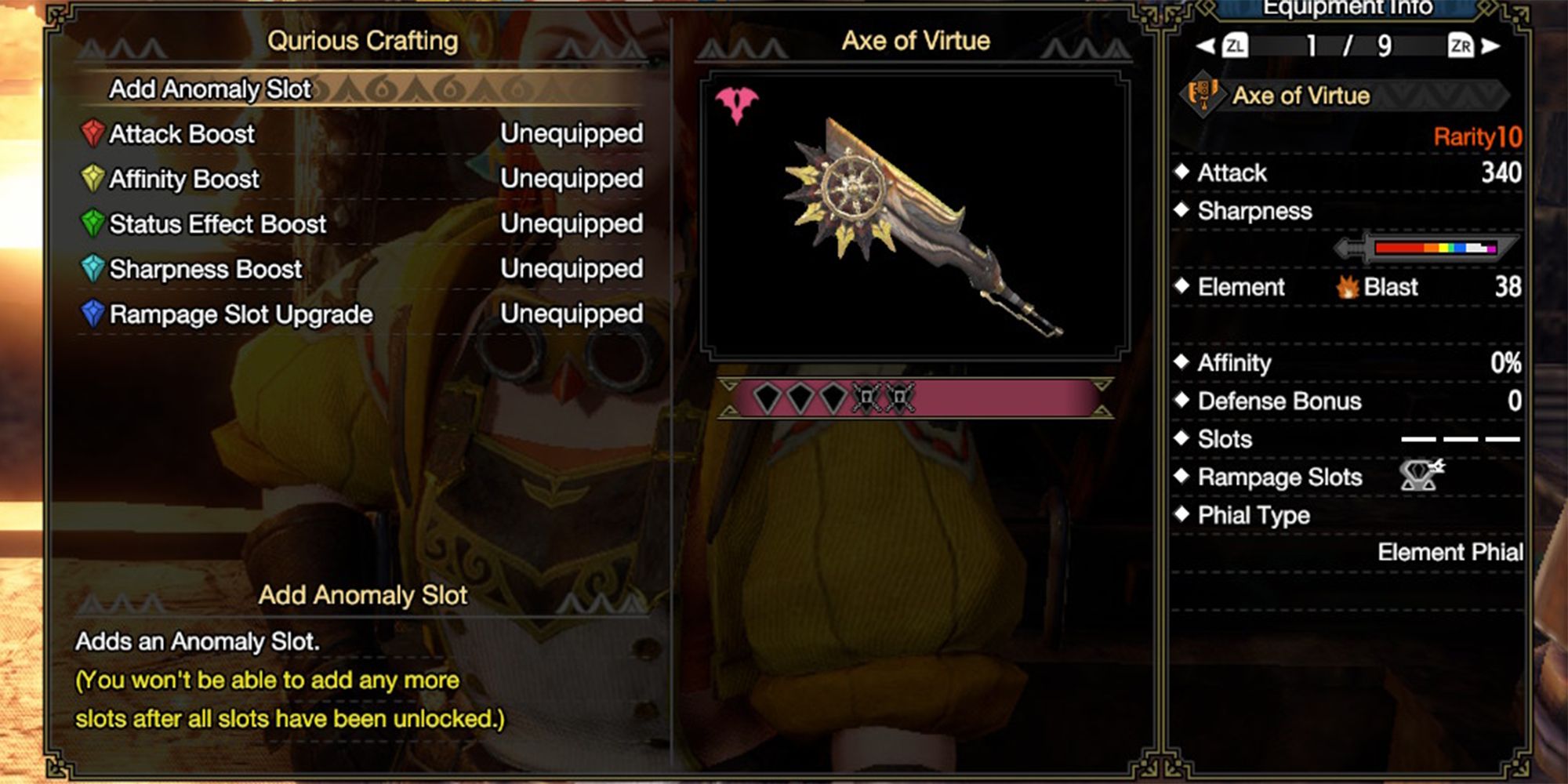 Augmenting weapons is similar to Armor, but does not involve random bonuses. To enable Augmentation of weapons, you'll need to spend Afflicted Materials and some Zenny. After enabling Augmentation, you will have access to three out of five of the weapon's Anomaly Slots, which allow you to add various upgrades to your weapon. Each weapon has different bonuses available, allowing you to customize your equipment however you wish.

Only Rarity 10 Weapons can be Augmented through Qurious Crafting.

How To Get Amber Essence 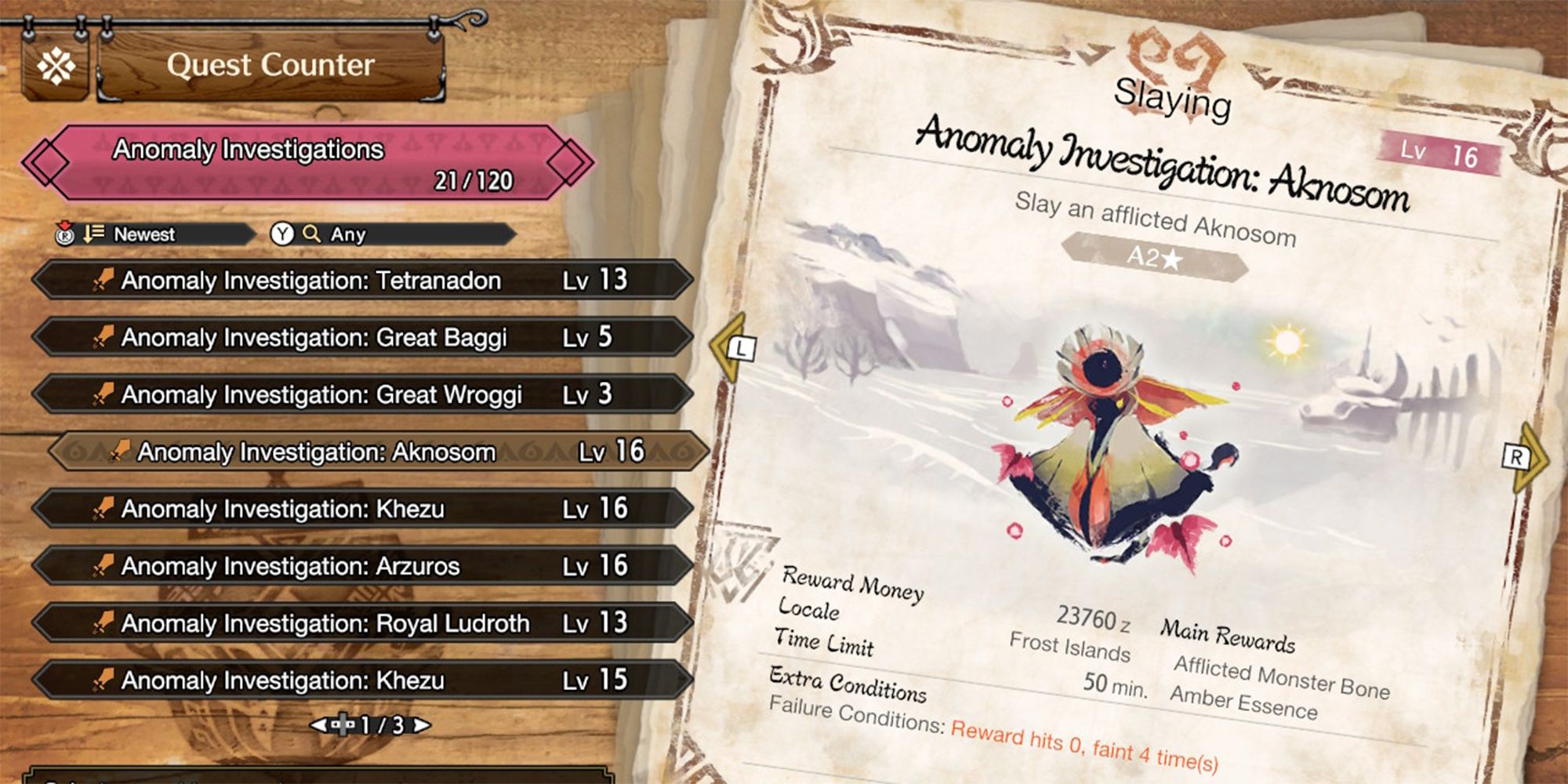 Amber Essence, Amber Essence+, and Prime Amber Essence are required when Augmenting weapons and armor, and can be obtained from Anomaly Investigations at different levels, detailed below.

Additionally, Amber Essence can be purchased from Bahari by spending 25 Investigation Coins, earned by completing Anomaly Investigations and Research Requests.

Where To Get Each Afflicted Material 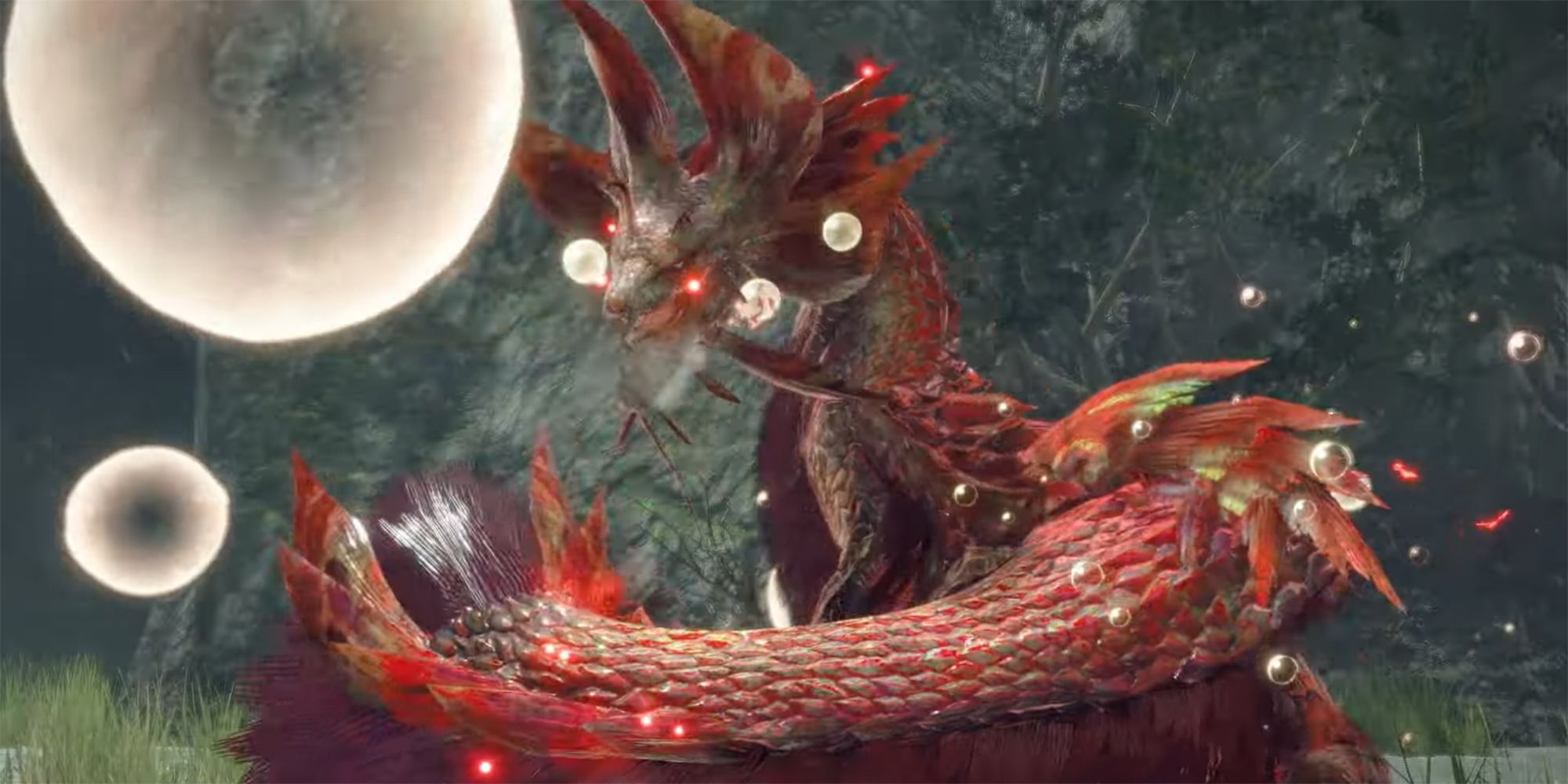