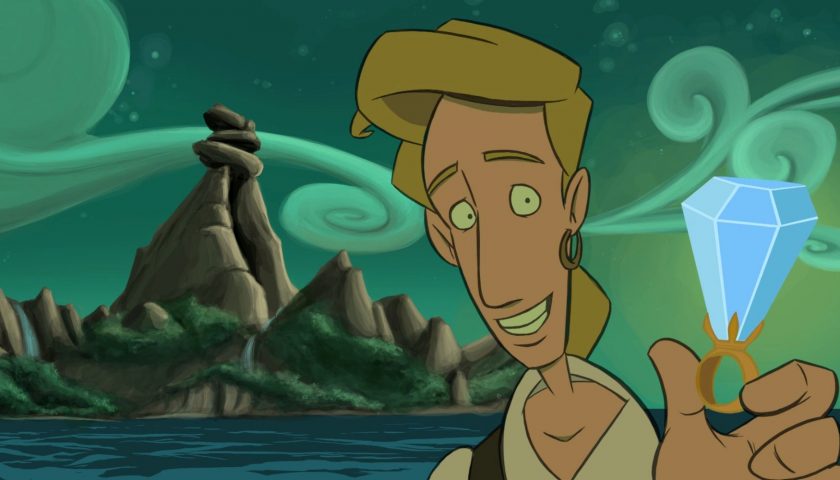 There’s a new Monkey Island on the way more than thirty years after the first game. What was thought to be an April Fools' joke actually turned out to be a very real sequel coming from Monkey Island creator, Ron Gilbert. Return to Monkey Island will take place after the events of Monkey Island 2: LeChuck's Revenge, and it'll arrive later this year.

With so much time between the initial release and the coming sequel, Gilbert has taken it upon himself to set the record straight regarding some aspects of the Monkey Island franchise. Chief among them is Guybrush Threepwood, the clumsy pirate protagonist of the series, and how he got such an unusual name.

"For the record, Guybrush got his name from a dpaint filename Steve Purcell used called ‘guybrush.bbm,’" Gilbert explained on Twitter. "All of our art was done using MSDOS and it only had 3 letter file extensions. Please bookmark this tweet for your next trivia night."

This little tidbit has been known since at least 2009 when Monkey Island programmer Dave Grossman confirmed a story on the Telltale forums about Guybrush’s origins. A naming convention at LucasArts at the time of Monkey Island’s initial development was to add “brush” to the filename to indicate a “brush file” of sprites in Deluxe Paint. Everyone in the office started calling the character “Guybrush” and the name just stuck.

Threepwood, on the other hand, came down to a simple office vote. The winner took inspiration from P.G. Woodhouse’s book, "The Brinkmanship of Galahad Threepwood." Additionally, Grossman was rumored to use the name Threepwood in various RPGs.

Threepwood makes his return in Return To Monkey Island, which will apparently feature an easy mode that will simplify the game's puzzles. That'll be a big help to younger players and older ones that never really liked the point-and-click adventure genre, but would love to see Threepwood's antics.