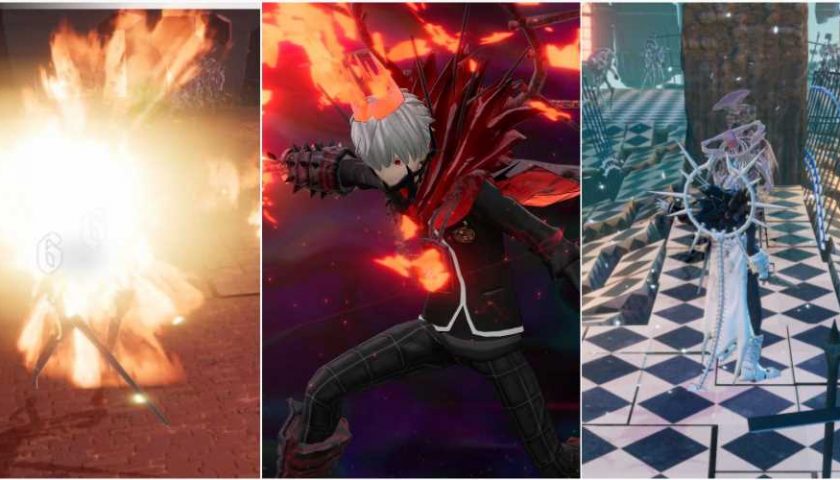 Combat in Monark can be quite difficult, depending on how good you are at strategy games, positioning, and knowing the ins and outs of your available characters. It's a game that requires a fair amount of grinding if you want to have an easy time, but it can trip you up even then.

There are, however, a few ways to make the game a little easier for yourself. There's no need to butt heads with Monark's combat when you can just think your way around the problem, and hopefully, we can help you with a few great hints and tips.

The Importance Of Grinding 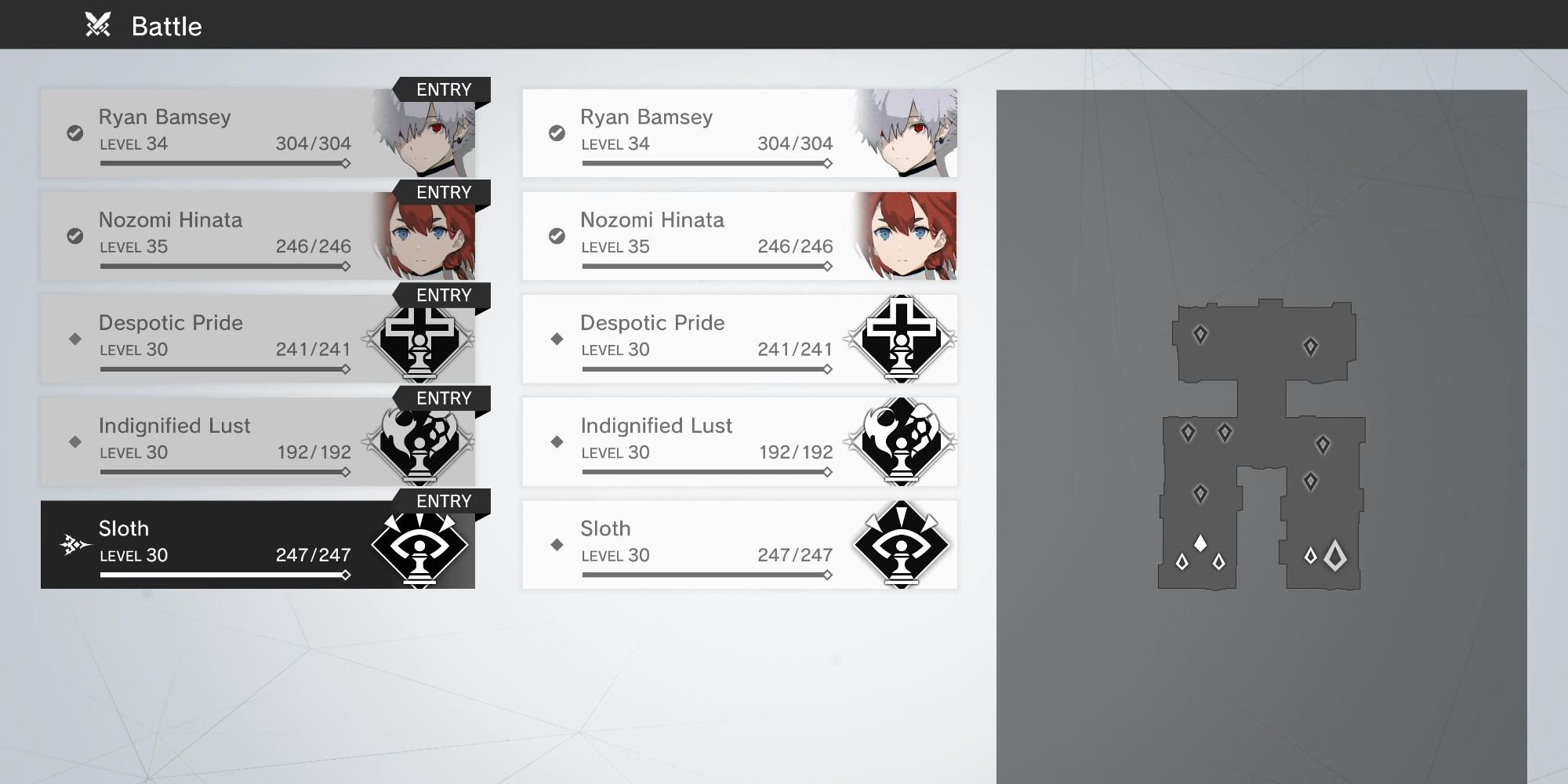 It cannot be overstated how important it will be to grind in Monark. You can call specific phone numbers to enter special battles that will reward you with a lot of Spirit with which you can level up your characters or Vessels to power up your Fiends.

When you find that your enemies are getting the better of you more often than you like, it might be time to start grinding a bit. Settle down with a cup of something hot and start fast traveling between the True Student Council Room and the Infirmary between your battles. It'll fly by, we promise. 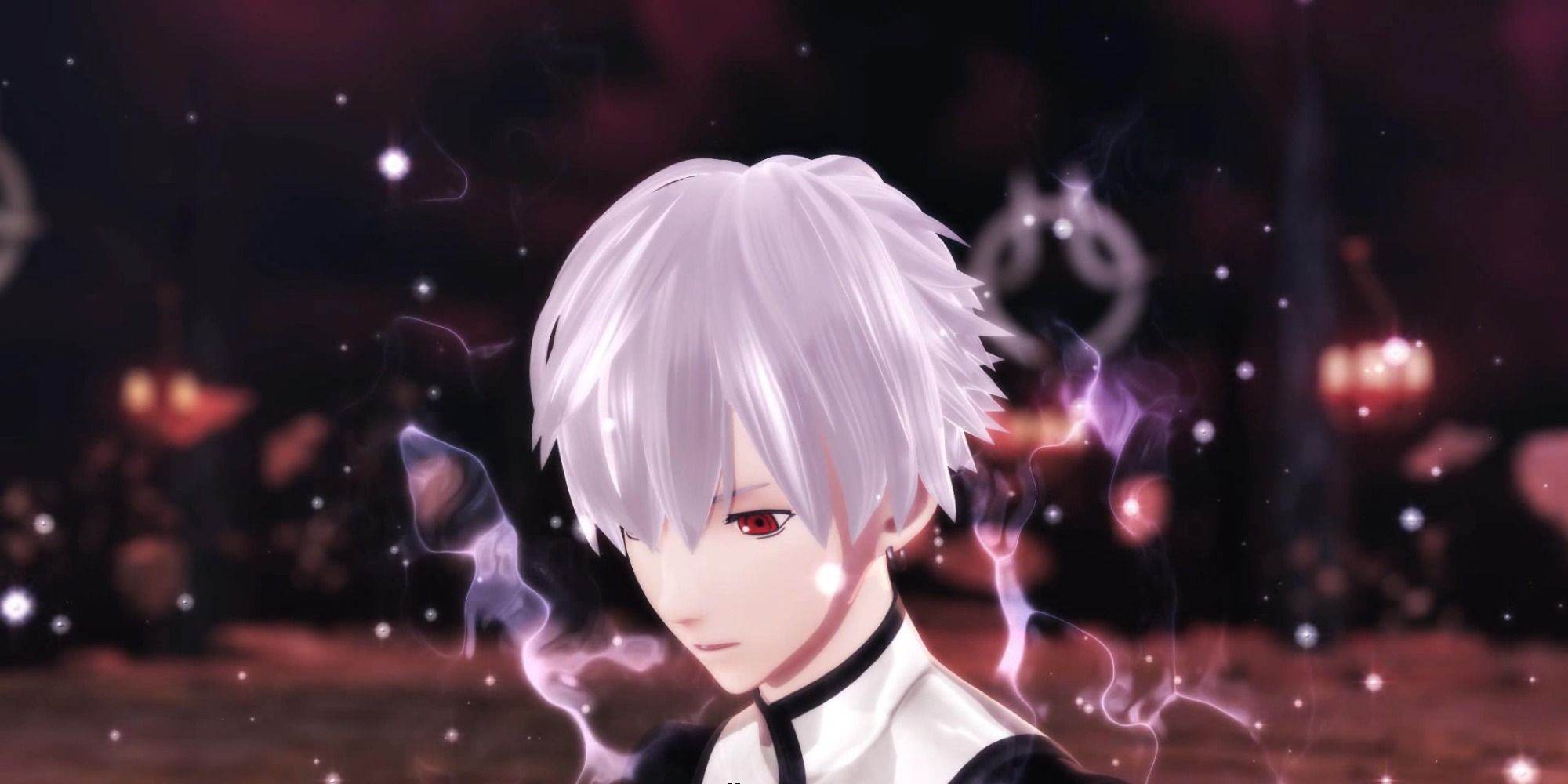 We're playing on Persona rules here, people. If your protagonist dies, the game is over, and you'll have to restart the battle. This makes it a risky move to keep him at the head of the pack, so consider keeping him back and topping him off with healing items.

Once you have the Pride Fiend, make sure it gets its healing moves as soon as possible and start pairing it up with your protagonist at all times. It's a great way to keep him healthy!

In addition, it's a good idea to use his Throwing Knife ability to attack enemies and start assist attack chains without too much threat of enemy counters. 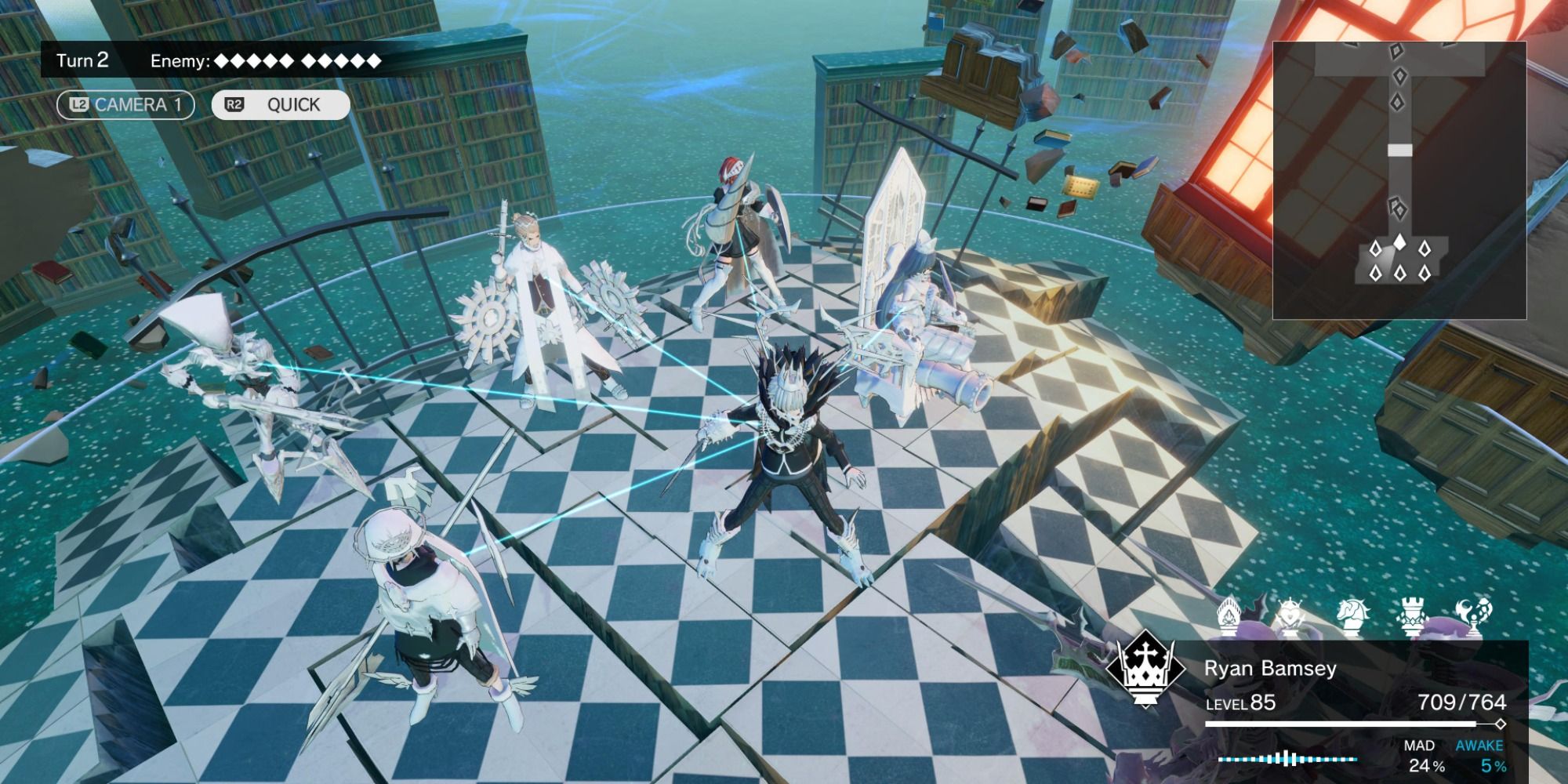 Your protagonist's resonance abilities are great for sharing Authorities and buffs between your entire party once you get the AoE versions. There is a potential downfall, though – enemies that try to inflict a status effect will manage to get it off on every resonated party member if it sticks.

With statuses like Charm or Disable, this is a nightmare. Be sure that you know you're safe to use resonance, especially when using an AoE resonance effect.

Speed Up Your Grinding 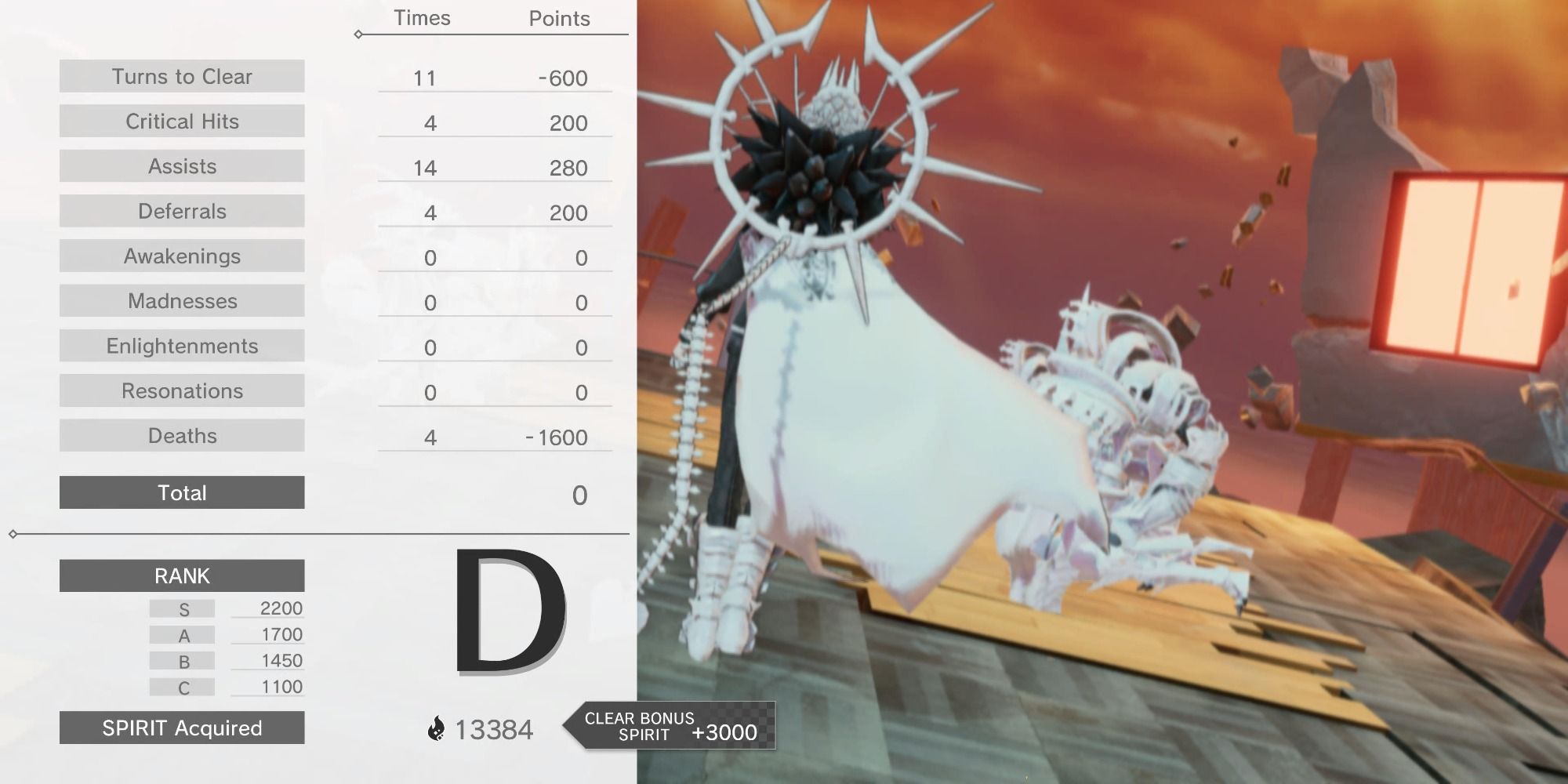 The main thing that slows down a grinding session is leaving the battle screen to heal up your MAD gauges at the Infirmary. What if I told you that's not necessary?

If you're settled on a specific battle and want to play it multiple times, don't be afraid just to pick the "Restart Battle" option once you've beaten it once. The enemies will be shuffled about as usual when the battle starts up again, but the game will reset your party to whatever MAD they had at the beginning of the first fight.

This way, you can speed up your grinding sessions by removing the need to visit the Infirmary, or at least minimizing it – you might still need to restock your Mental Stabilizers, after all. 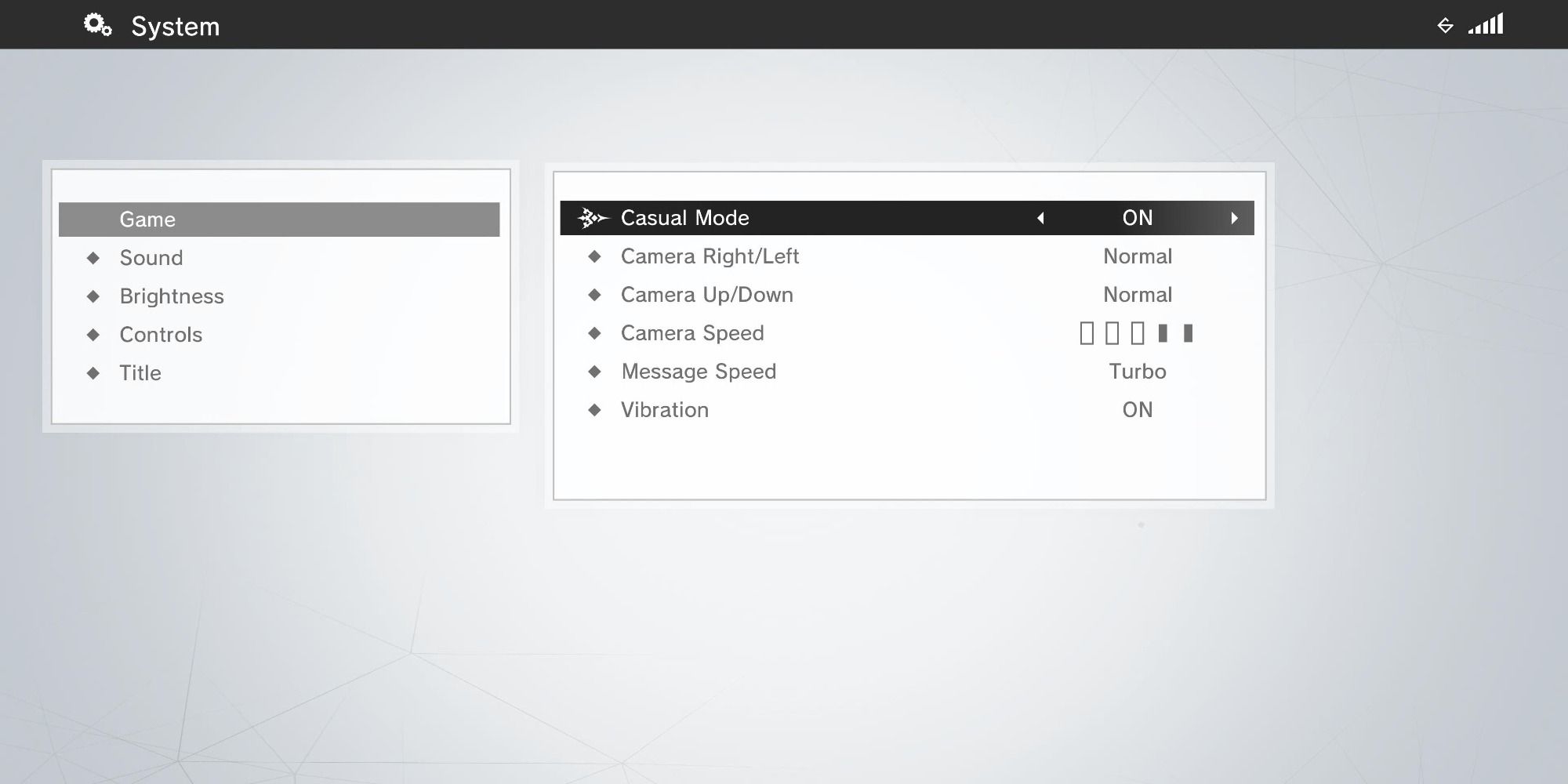 Monark has two difficulty modes that you can swap between at any time by heading to the System menu of your cell phone.

Casual Mode will reduce the damage you take from enemies and reduce the drop rate of items from enemies. If you want to assuage this, you can get Item Drop boosts on the protagonist's skill tree and use Plunder abilities with Ryotaro and the Gluttony Fiend.

The main benefit of Casual Mode, if you're willing to abuse it, would be to take on higher-level Fertile Ground or Hunting Ground battles before you'd be able to while playing on Normal Mode. This will get you a ton more Spirit and better Vessels far before you'd normally get them and can speed up story battles considerably.

As a bonus, Casual Mode also reduces the MAD you accrue from walking around in the mist.

Watch Out For Transfer Damage 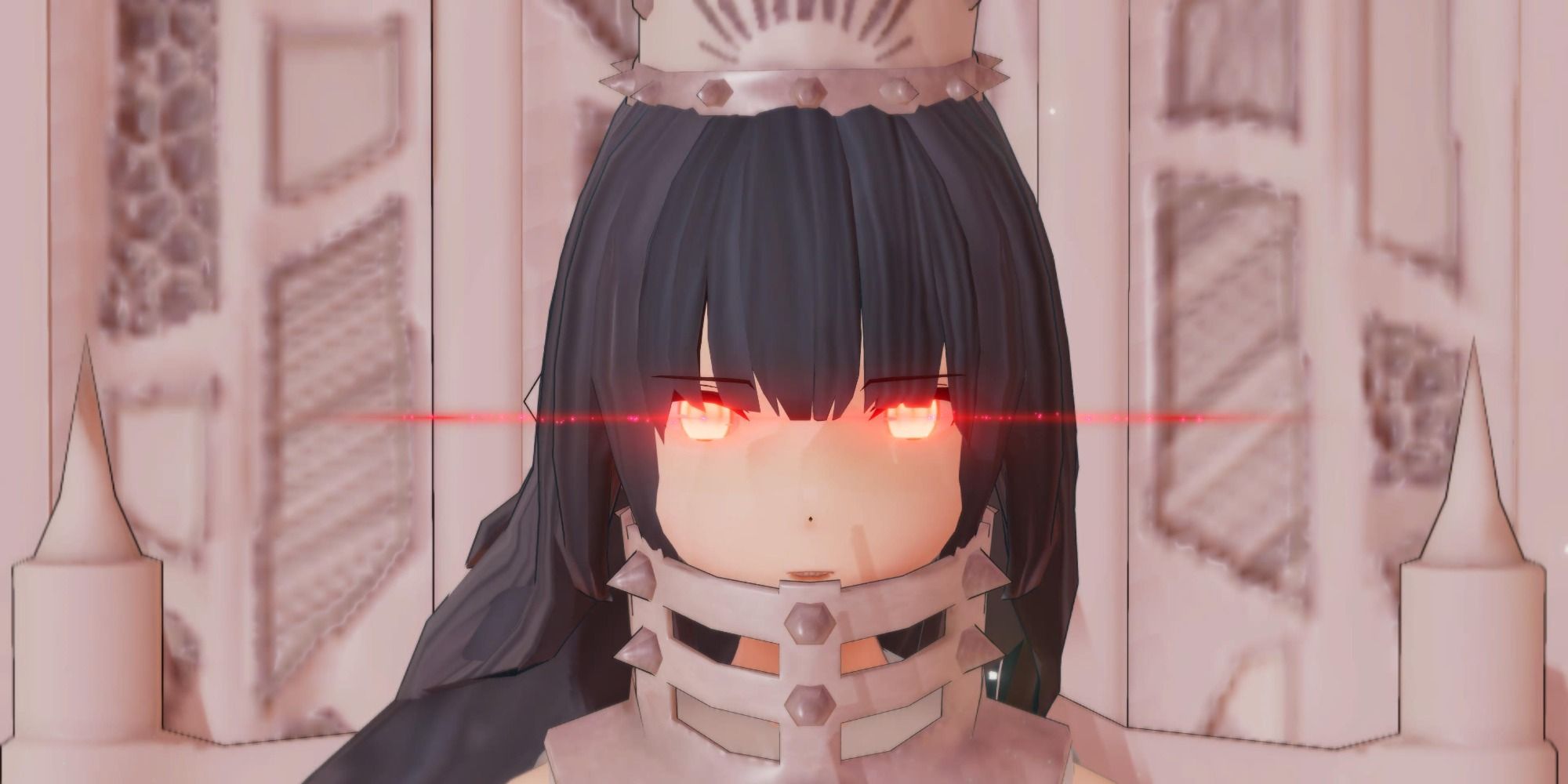 Transfer Damage is a nasty status that enemies love to use, and they're usually quite a bit better at using it than players. It will redirect the next attack directed at them to the unit closest to them, whether a friend or a foe.

The problem with this is that while your party is likely to be clustered together as they make their way across a battlefield, taking enemies on piecemeal, enemies are more likely to be loners. A lone enemy with Transfer Damage will redirect your attacks towards your characters.

To combat this, if you're faced with an enemy that has Transfer Damage up, the best practice would be to waste it with a weak, basic attack. Preferably something with a potency of less than 100 percent, such as Cleave or Shoot. Once Transfer Damage has been spent, follow your attack up with your stronger skills. 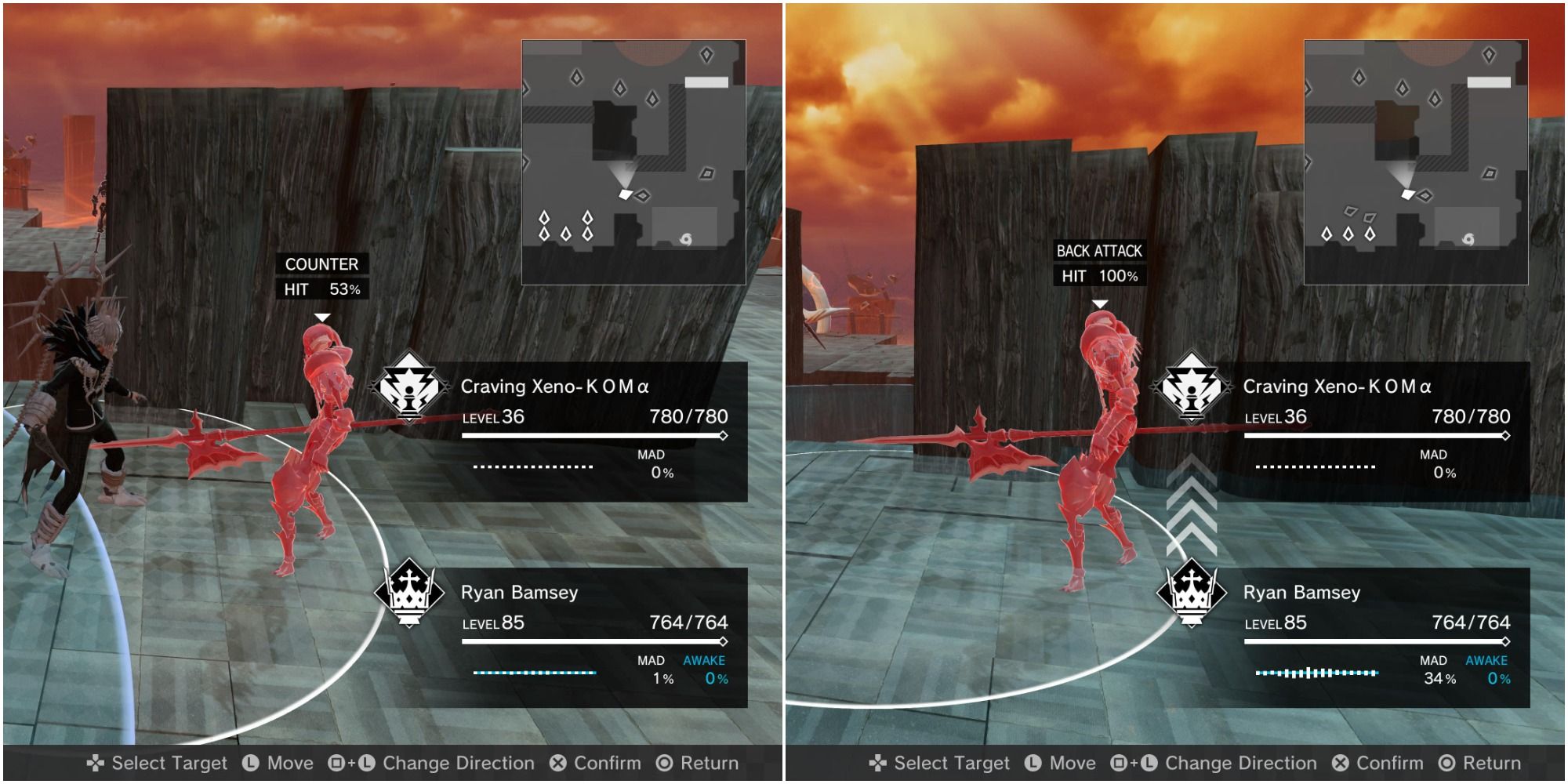 The protagonist has two skills that work well on their own.

Phantasm is a self-buff that makes him invisible and largely untargetable. Some enemies seem to ignore the "untargetable" part, which is frustrating, but on the whole, it works well and improves his survivability in a pinch.

Critical Strike is a powerful physical attack that will do a lot of damage but is quite inaccurate, usually being limited to around a 50 percent chance to hit. This makes it unreliable but a good tool for shaving off a ton of health or making a desperate last resort. If you're lucky, that is.

Combine the two. With Phantasm up, Critical Strike literally cannot miss, and it becomes an automatic Back Attack no matter the orientation of your target. This strategy takes a turn of setup and is somewhat expensive in MAD and HP, but it's fun to use and incredibly effective.

Setting up Phantasm before a Critical Strike is a great thing to do if the protagonist can do not much else while moving towards his next target!

How To Enter Enlightenment 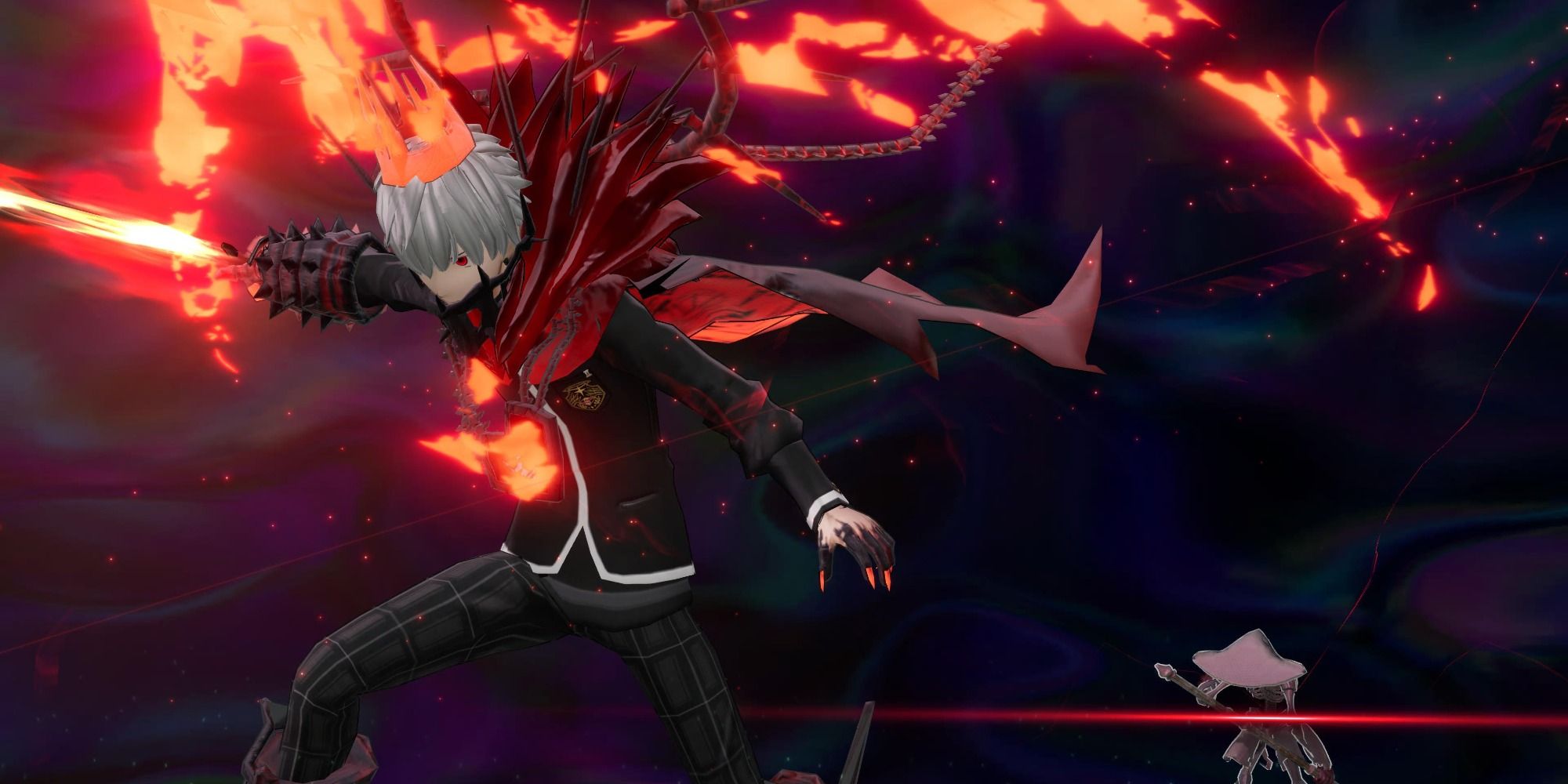 While the game does explain the conditions for entering Enlightenment, it doesn't explain how you're meant to go about it.

Enlightenment occurs if a unit becomes both Awakened and Maddened at the same time. Only humans can become Awakened, but anyone can become Maddened. The thing is, if a unit becomes Maddened, you lose control of them, and you cannot then take steps to become Awakened. Conversely, becoming Awakened completely erases all of your MAD gauge, making it impossible to become Enlightened.

The solution to this? Resonance. To put it into a step-by-step list:

If the Awakened character is your protagonist, you must make sure that he is Awakened before you Resonate with the Maddened character. Otherwise, he will just become Maddened himself and waste his turn, possibly dying in the process. 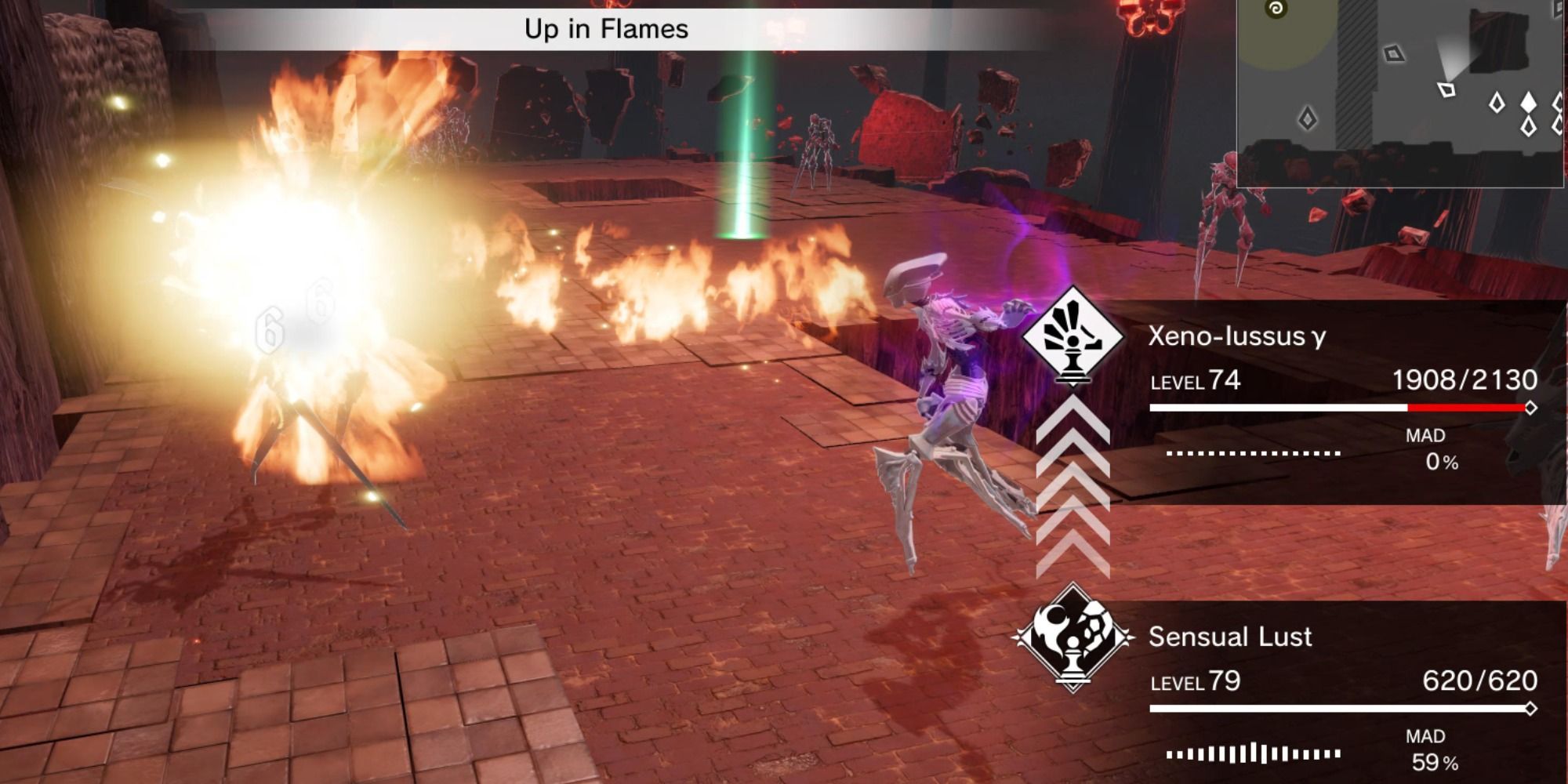 The Lust Fiend is likely one of the most consistently powerful units in the entire game. The reasons why are down to its fantastic abilities. There are four that stand out as being highlights of its kit:

Lust has low movement to make up for its range and power, but it's worth making it one of your main damage dealers as soon as you gain access to it. For this reason, starting with Lust is one of the best outcomes from Yoru's psychological test at the beginning of the game.