Molekule has raised $58 million to clean up the world’s air using a filter that tackles one room at a time. It sounds like a pipe dream, but investors are betting that changing your home’s microclimate is a step in the right direction.

San Francisco-based Molekule argues that its air filter is based on a transformative technology that enables it to suck a wide range of pollutants out of the air and destroy them. Targets include viruses, mold, and bacteria, and the funding comes as Molekule is getting third-party validation from researchers.

The company already has products on the market aimed at taking pollutants out of the home and helping people with allergies. In places like California and Australia, where wildfires have forced many out of their homes or indoors, these are becoming must-have products.

“What’s exciting about this financing is that the investors are excited by the science, and that’s something that we have continued to double down on and continue to advance,” said Molekule CEO Dilip Goswami in an interview with VentureBeat. “Our technology is not just the devices we release. It’s also the filters that go into those devices, and how they get better over time.”

RPS Ventures led the third round of funding, with participation from Founder’s Circle Capital and Inventec Appliances Corp (IAC), along with existing investors Foundry Group, Crosslink Capital, Uncork Capital, and TransLink Capital. The company said this latest funding round is further validation from the investor community that the air purification industry is due for advancements in science and technology and is poised for growth.

Molekule Air Mini and the larger Molekule Air use the company’s patented photoelectrochemical oxidation (PECO) technology, which was developed by Yogi Dharendra Goswami, a recognized expert in solar technology. But Yogi Goswami decided to switch gears to focus on the asthma affecting his son Dilip, who now serves as CEO of Molekule. Yogi Goswami, who is chief technology and science officer at Molekule and a professor and director of the Clean Energy Research Center at the University of South Florida, started research related to the project at the University of Florida more than 20 years ago.

He created what he called Photo Electrochemical Oxidation (PECO) technology, which first debuted in the Molekule Air, a larger air purifier that came to market at a discounted price of $500 in 2016 and began selling at its full retail price of $800 in 2017.

Last October, the company came out with the Molekule Air Mini, which is designed to eliminate a full spectrum of indoor air pollutants, including allergens, mold, viruses, and volatile organic compounds (VOCs) and is designed to cover 250 square feet of space. I’ve used one in my home for a while, and in my opinion, it makes a real difference.

How Molekule cleans the air 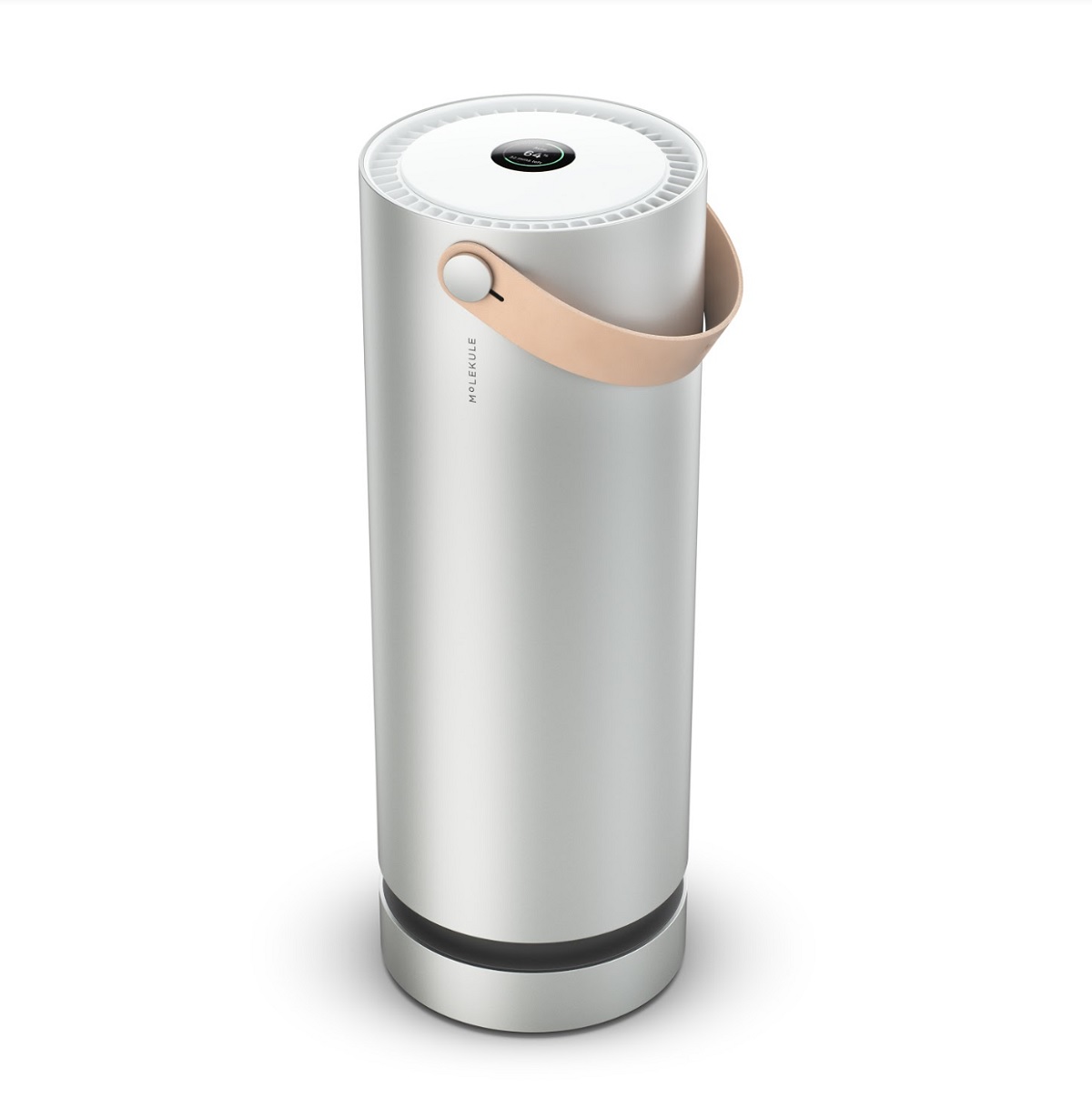 Above: Molekule Air filter can destroy a wide array of pollutants in your home.

Poor air quality has been a prominent global issue for the past several years — just ask residents of Australia and California. The American Lung Association states that more than 140 million Americans are living with unhealthy air, while the World Health Organization claims 9 out of 10 people across the globe breathe polluted air.

An advancing industrial sector, a heating climate, and a growing population have all contributed to the deterioration of air quality in developing and developed countries alike, with the United Nations saying air quality is the most important environmental health risk of our time.

Based on decades of rigorous research and development, PECO is offers a considerable update to the industry-standard High Efficiency Particulate Air (HEPA) filter created in the 1940s. Unlike traditional air purifiers that trap pollutants on a filter, where they can continue to grow and be released back into the air, Molekule’s air purification technology, PECO, destroys pollutants, eliminating them completely. At a dinner last year, Yogi Goswami told me that PECO breaks down the pollutants at a molecular level, something most filters don’t do, and eliminates particles that are 100 times smaller than those captured by HEPA filters.

“We’re really excited to release the results of our device testing with Lawrence Berkeley National Lab because this shows the advancements of PECO and how the technology has progressed,” Dilip Goswami said. “It shows what it means in a real-world setting. They simulated a real room scenario, where [they’re] measuring the air in the room holistically, and they’re constantly introducing a low level of pollutants to the room. We also showed the ability to remove ozone from the air.”

The company said PECO removes ozone from the air to extremely low levels, far below the EPA’s recommended threshold for exposure. 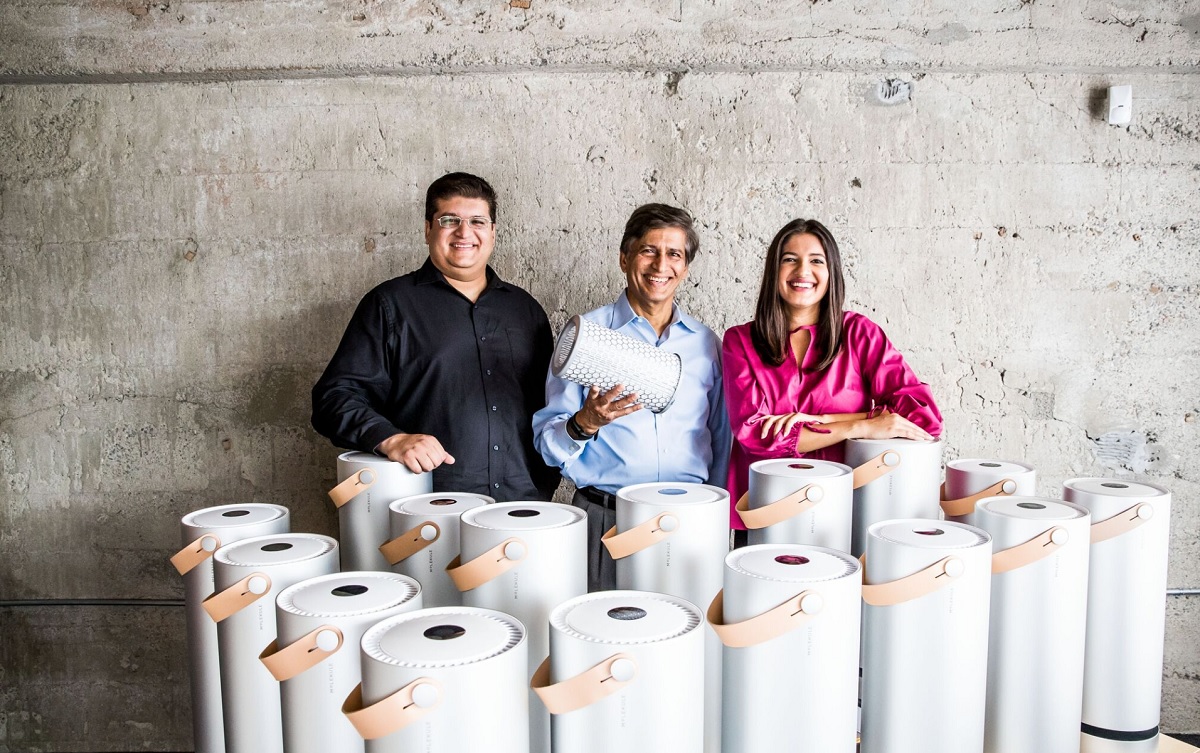 Molekule said it will use its funding to accelerate channel growth, focus on technology innovation, and continue to prioritize product expansion.

The funding will help Molekule move on to its next goal of providing a robust portfolio of indoor air quality solutions. Last year, the Molekule opened its first U.S. manufacturing facility, PECO Zero, in the Tampa, Florida area to help meet the growing demand for air purification.

Samantha Wang, founding general partner at RPS Ventures, said in a statement that air purifiers are one of the fastest-growing markets and that Molekule is bringing real innovation to the space. For the future, Dilip Goswami said the company is evaluating what it can do to sense air quality and offer insights. At the moment, users don’t get that kind of feedback from the filters.

Molekule has 130 employees in San Francisco and Florida. Sadly, environmental concerns are going to continue to keep them busy.

“Unfortunately, a lot of negative things keep happening around the world in relation to air quality, but I think over time we’ll be able to mitigate the impact of those things more and more,” Dilip Goswani said. “What really led to this funding round was [that] there’s a lot of demand for companies that are actually providing real scientific advancements.”

“There are local problems that we’re very much aware of, but it’s a global problem. And, this wildfire smoke is [also] a seasonal problem in Australia and Singapore and many different places that we hadn’t looked at before.”