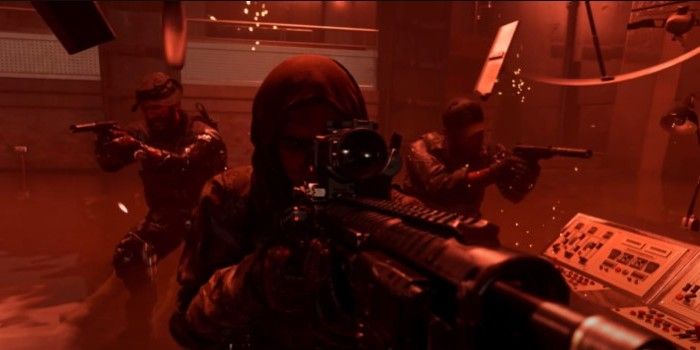 It's not very often that Call of Duty does anything new. It's the same formula, with a different gun-toting, propaganda-spreading wrapper. And, the fact that there's already a Modern Warfare series only stresses this point. The last wholly original thing that the Call of Duty brand has done was Warzone, and even that was a result of other games coming out with their own battle royale modes. However, it appears Activision is now taking a page out of Bungie's playbook.

The primary PvE format for Call of Duty is usually the Zombies mode, however, with no such installment announced for Modern Warfare 2, Infinity Ward is going to be taking another route – three-player raids. As part of Modern Warfare 2’s co-op Special Ops mode, raids will feature three players working together to take on high difficulty challenges involving combat, stealth, and problem solving.

We even got a trailer for Modern Warfare 2's Raid Episode 1, named Atomgrad. While we don't have specifics, the trailer featured Farah, Gaz, and Price infiltrating a highly secure facility of some sort. Based on what we saw, even they have no idea what they're about to find. And since it's titled 'Episode 1', expect more episodes to drop over time. It'll be interesting to see if all the episodes have different stories or are part of one continuing narrative. We'll find out when Atomgrad drops on December 14.

One of the other new, but minor features that will be added to the game along with Raids is Combat Records, which will allow you to track specific statistics across all your matches. However, there's a catch to it – it will only start tracking stats after the update, and won't retroactively include the numbers you've managed to rack up until now.

"Warzone 2.0 Combat Records will come online with Season 01 Reloaded," read the patch notes. "The statistics present in the Warzone 2.0 Combat Record will only be from the activation date forward, and will not include statistics from Season 01 launch through Season 01 Reloaded (November 16 to December 14)." Of course, fans aren't too happy with this,considering the effort they must have taken to attain their current numbers.