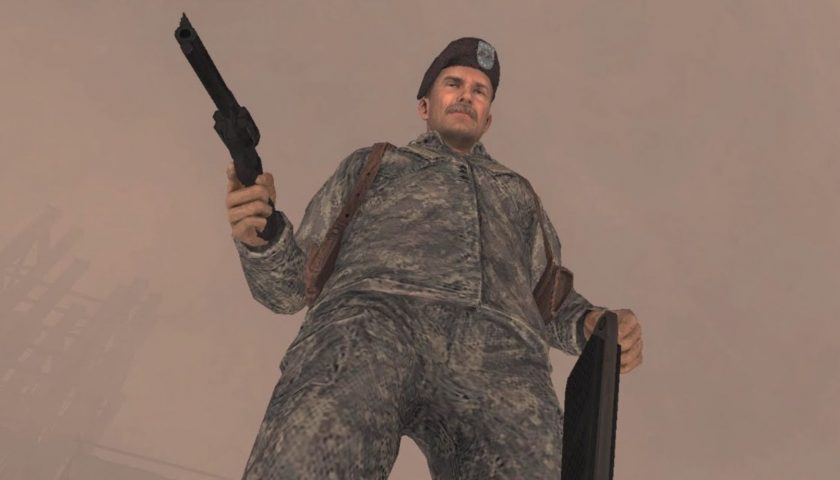 The original Modern Warfare and its sequel are renowned for including great stories and characters, some of who are being used in the rebooted series. The games were loaded with moments that made players feel emotions ranging from exhilarated to heartbreaking. If you've played 2009's Modern Warfare 2, you know exactly what I mean by heartbreaking. Well, get the tissues out, because that may repeat in the Modern Warfare 2 reboot.

Possible spoilers for Call of Duty: Modern Warfare 2 A recent datamine carried out by Insider Gaming revealed that Call of Duty: Modern Warfare 2 will include 16 campaign missions in total, which were all labeled with codenames so that they wouldn't give away any details. However, Insider noted that the mission codenamed ShipAF was actually the Dark Water mission that Infinity Ward earlier revealed gameplay of. This further suggests that the codenames aren't all that random, but are linked to the mission in a vague manner. This has us worried about the mission codenamed 'Backstabbed'.

As those who've played the original MW2 will remember, the most heartbreaking part of the game was when Shepherd's betrayal was revealed, as he killed Ghost and Roach. Captain Price was too late to warn his compatriots of this.

So what could the new Modern Warfare 2's Backstabbed be? It could be possible that Infinity Ward will make us live through the betrayal again. Or perhaps the developers have another heel-turn planned just to mess with our feelings all over again. Of course, given all the variables it's too early to make any guesses, and we'll only finally know once the game is out.

From a campaign heartbreak to one for multiplayer – Call of Duty fans are worried that the devs may have entirely removed the Grand prix map after Infinity Ward erased all mention of it from its social media channels. Before the currently ongoing beta, Grand Prix was revealed as one of the maps players would be allowed to try out. However, that has not been the case, as it was missing once the beta started. On further investigation, it was learnt that all mention of the map was scrubbed from social media too.