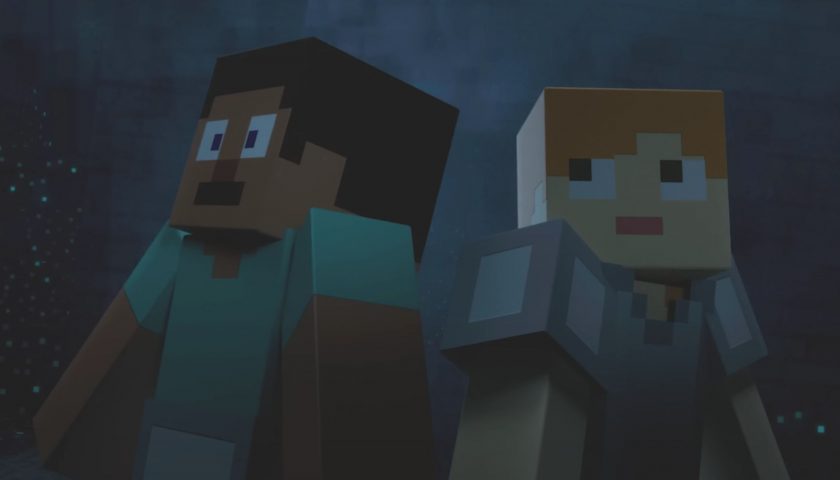 Following a new animated video for The Warden at Minecraft Live 2022, fans are once again confused about whether series poster boy Steve has a beard or if he's just widely smiling. The answer is more complicated than you might think.

Just last week, Minecraft Live 2022 revealed a brand new animated short (a musical, no less!) focused on The Warden. In the video, Steven and Alex are shown exploring the deep dark, interacting with each other and emoting arguably more than they ever have before. The video has also reignited the debate whether Steve has a beard, or whether he's just permanently got a big grin on his face.

Twitter user Ladisepic shared a few images of Steve from the animated short, saying, "THE NEW OFFICIAL MINECRAFT VIDEO CONFIRMS THAT IT IS INDEED HIS MOUTH AND NOT HIS BEARD HE JUST HAS A HAPPY RESTING FACE". This was then met with many arguments as to whether or not Steve actually has a beard, with Minecraft fans arguing both sides with a surprising amount of evidence considering this is just about a beard on a fictional character.

Although the short does seem to present Steve with an expressive mouth instead of a beard, the truth of the matter is actually a bit more complicated than it might seem. To get the answer out of the way first, yes, Steve has a beard. However, it's long been confused for a smile and was actually removed from the character back in 2009 to make him more gender-neutral, as Alex hadn't been added to Minecraft at that point. It was actually only added back to his character this year.

Even though the beard added back to his character makes it clear that it was always intended to be facial hair, Mojang has had a lot of fun with the topic and confusion over the years. On the in-game Minecraft store, it has the facial hair listed as both "Steve's mouth?" and "Steve's beard?", making fun of the whole debate.