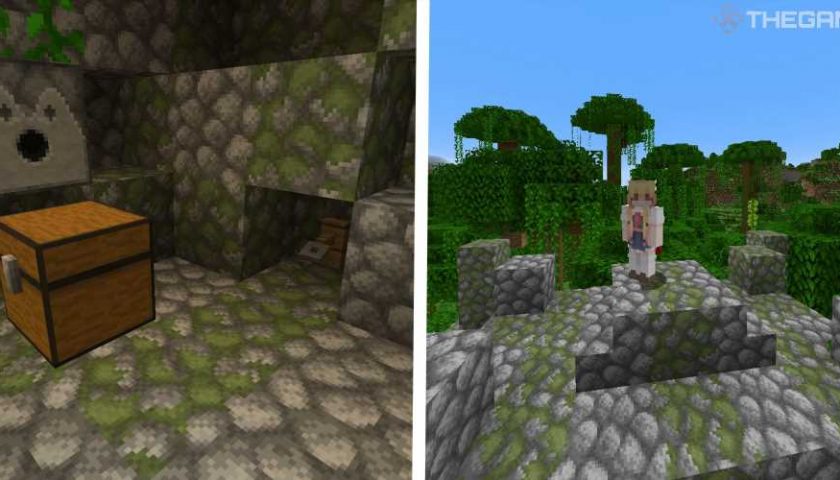 As you explore new biomes in Minecraft, you will come across several structures full of interesting loot and traps. One rare structure that you may come across from time to time is the Jungle Pyramid. This mysterious jungle structure also called the Jungle Temple, has a chance to contain useful loot if you are careful enough to avoid traps that stand in your way.

In this guide, we are going to go over everything you need to know about Jungle Pyramids. This will include how to find one, as well as navigate through the inside. It's important to remember that this guide will cover the Java version of Minecraft; Jungle Pyramids in Bedrock will have slight differences in loot available, but the overall structure of the temple will remain the same.

How To Find A Jungle Pyramid 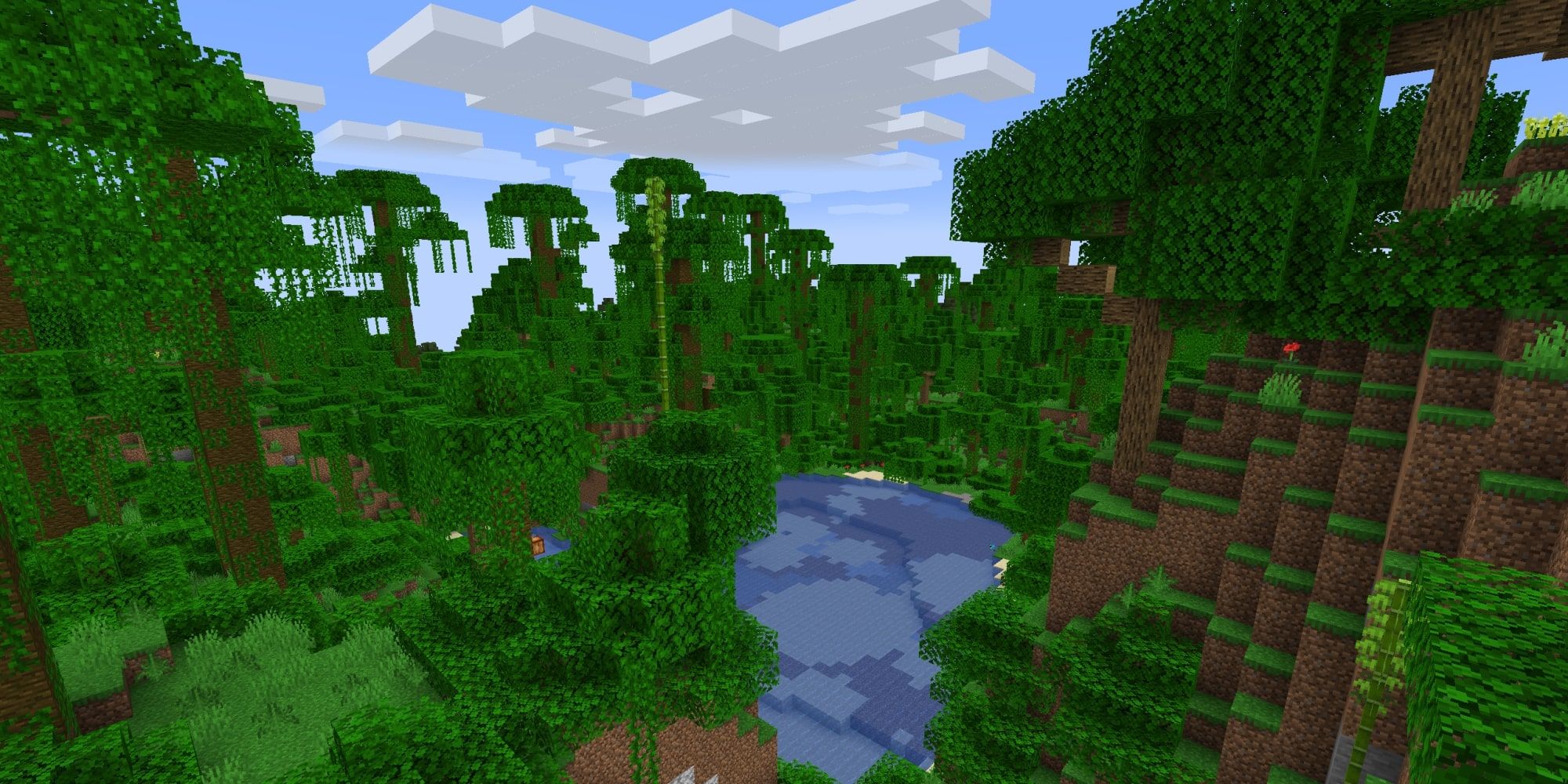 These two jungle biomes are fairly common; you will be able to see the biome from a distance due to the tall jungle trees with vines hanging from them.

If you are playing with cheats or in creative mode, you can use the following commands to find a jungle and Jungle Pyramid. 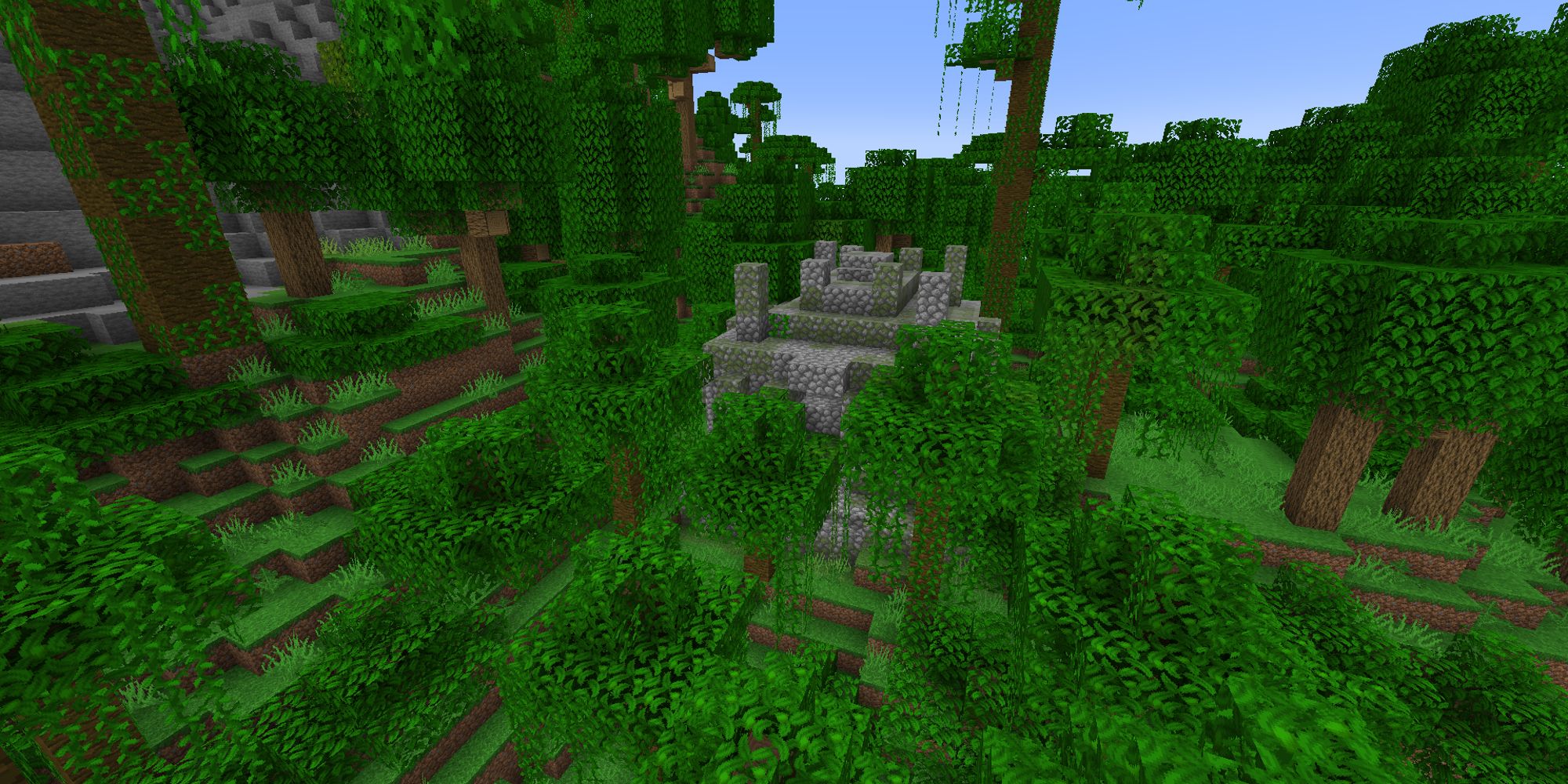 Once you make it to a jungle, look for a giant cobblestone structure. Although they are called pyramids, the structure is boxier, with small 'spires' attached to the roof portion.

Inside A Jungle Pyramid 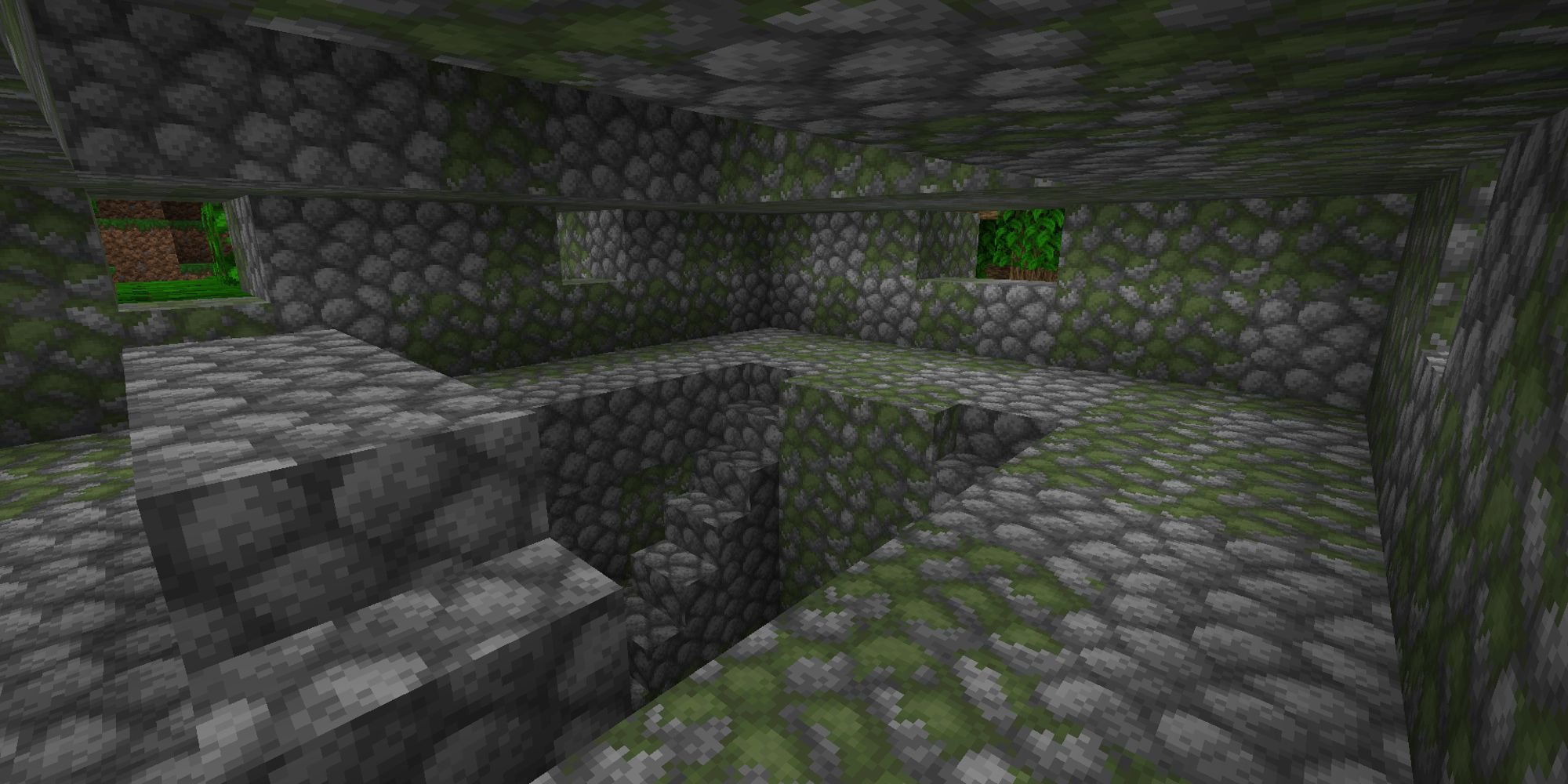 Jungle Pyramids are fairly small, but they contain a few traps that can kill if you are not careful.

There are three floors of a Jungle Pyramid, with the top two floors containing nothing. To get to the bottom floor, you can descend the staircase leading directly down the center of the pyramid.

As always, be cautious of dangerous mobs that can spawn. The Jungle Pyramid does not spawn with any torches, so there could a hidden Creeper within.

Next, let's take a look at the two puzzles and traps that you will encounter once you get to the bottom floor. 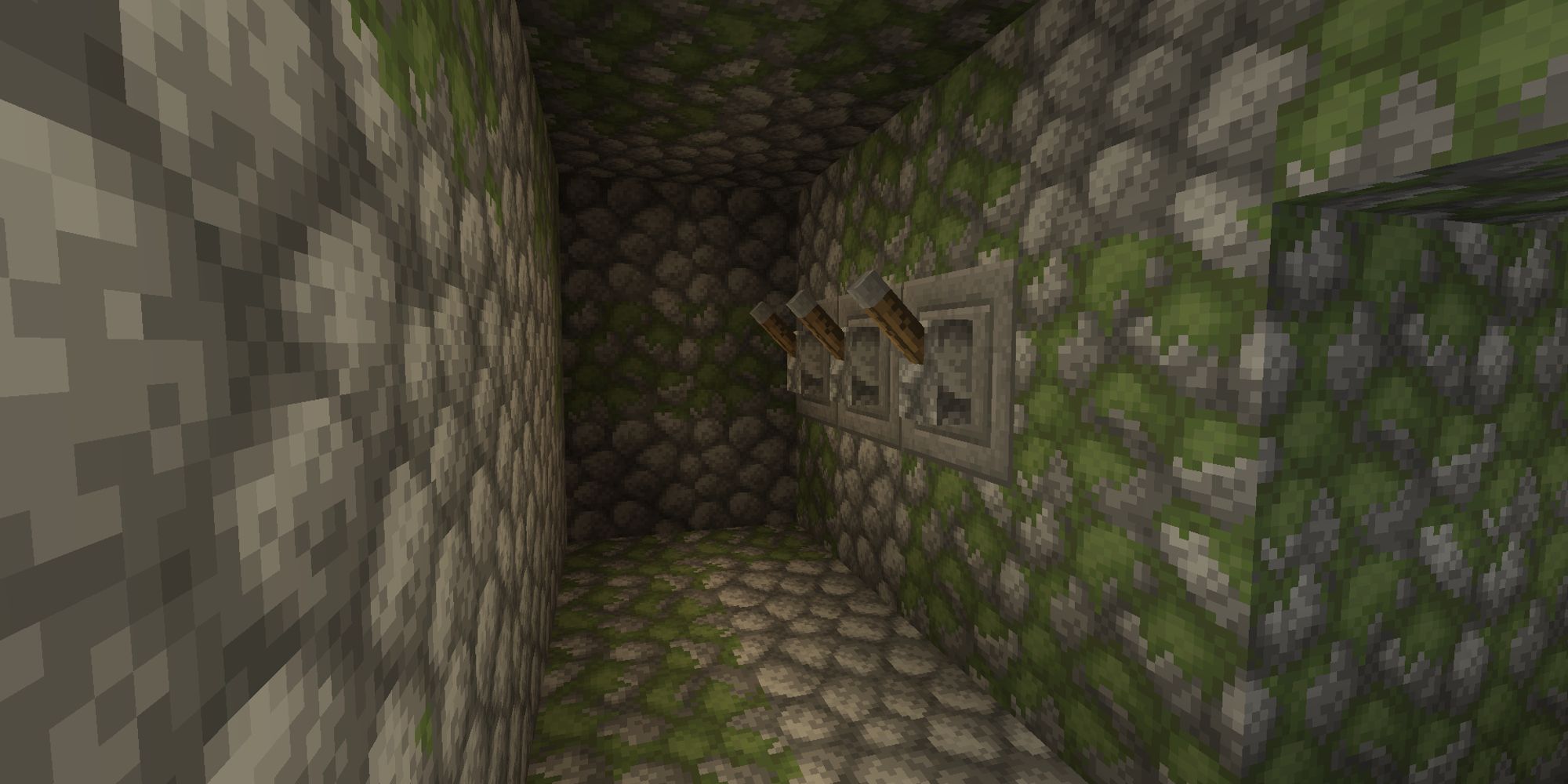 On the bottom floor, you will find a set of three levers. This is the first puzzle within the Jungle Temple that you will encounter.

These levers will need to be flipped in a certain order to reveal a treasure chest. The overall solution to the puzzle is similar, regardless of which side the levers are on in relation to the staircase.

Below, you can check out the solution to the lever puzzle.

With the levers flicked, a secret entrance should open, revealing a treasure chest.

If you don't want to do the lever puzzle, you can also just use a pickaxe to destroy the cobblestone. 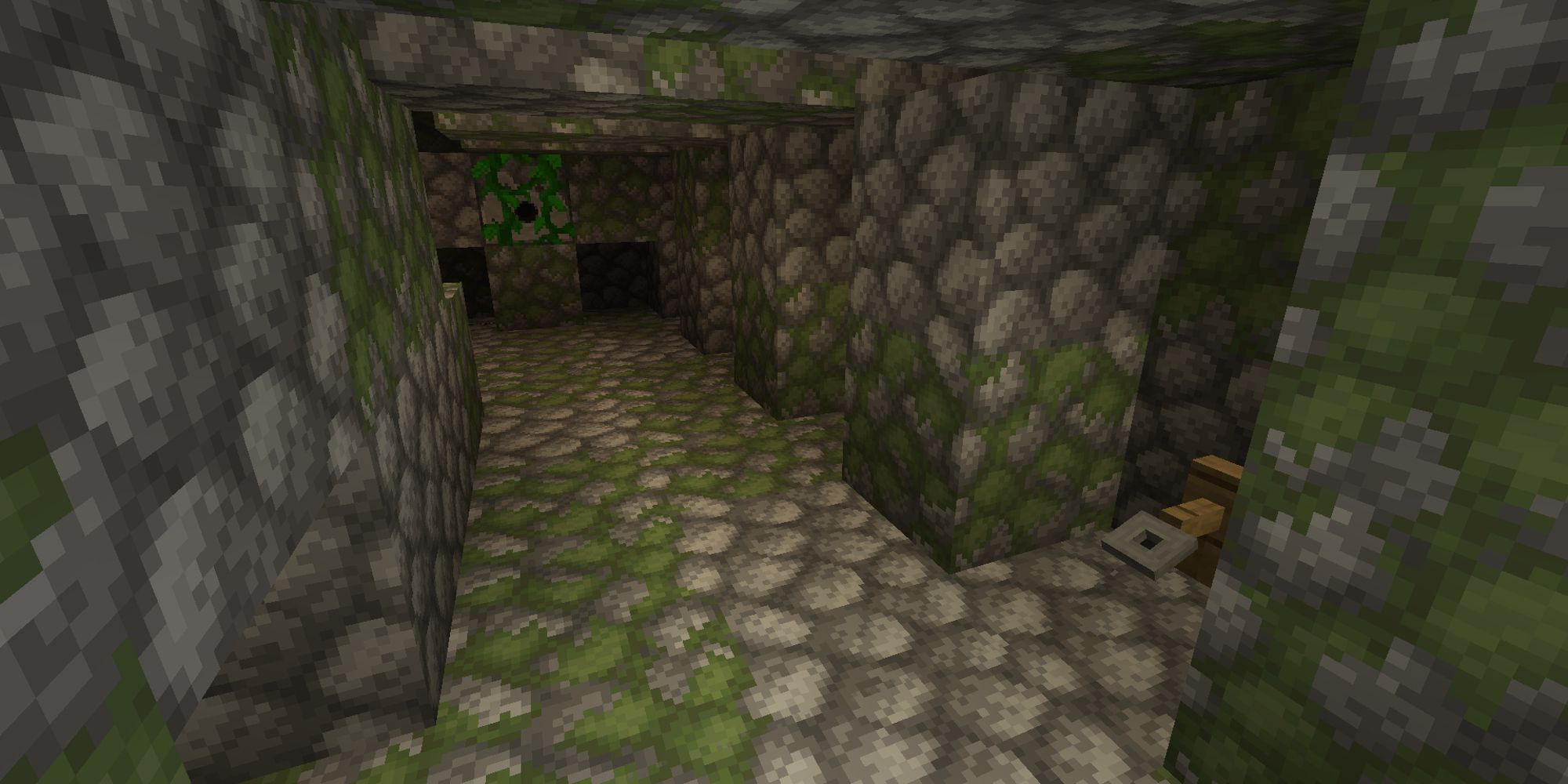 After completing the lever puzzle, head around the corner until you see a short corridor with a dispenser at the end. In some Jungle Pyramids, vines will spawn on the dispenser, hiding it from your view.

In the middle of the corridor, there is a tripwire that will cause the dispenser to fire an arrow when activated.

There are two possible options for navigating through this trap. First, you can destroy the tripwire hooks. Slowly walk forward while scanning the sides of the corridor for tripwire hooks. Once you find the hook, be sure to destroy them on both sides. If you try to remove the string that connects them first, the dispenser will fire an arrow at you.

The other option is to take note of the position of the dispenser, and then stay close to the side where the dispenser can't reach. For example, if the dispenser is on the left side of the two-block wide corridor, stick to the right side. When the tripwire is triggered, arrows will fire, but they will not hit you. 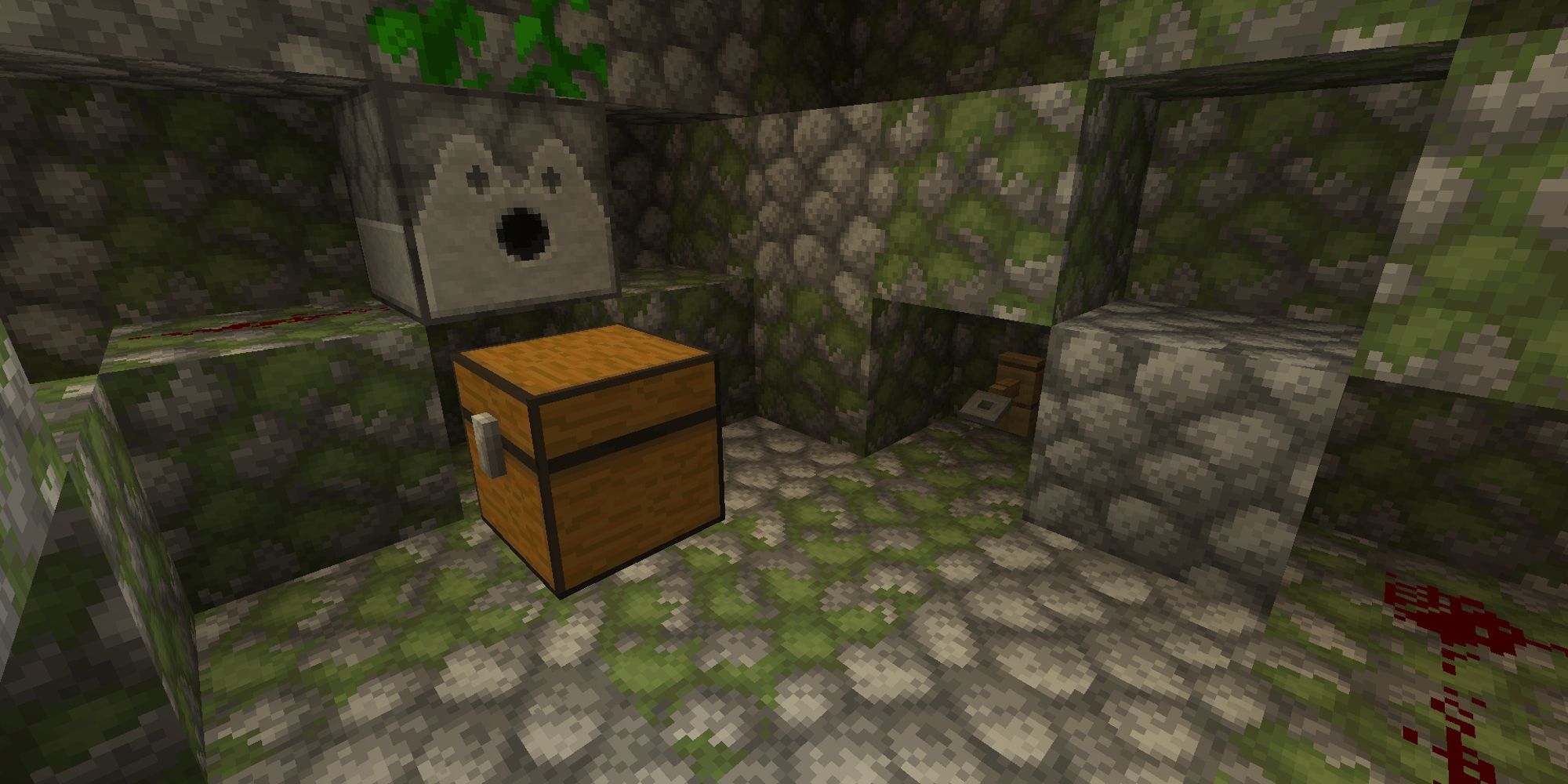 Once you have looted the chest, you can leave the way you came in, or simply dig your way out. 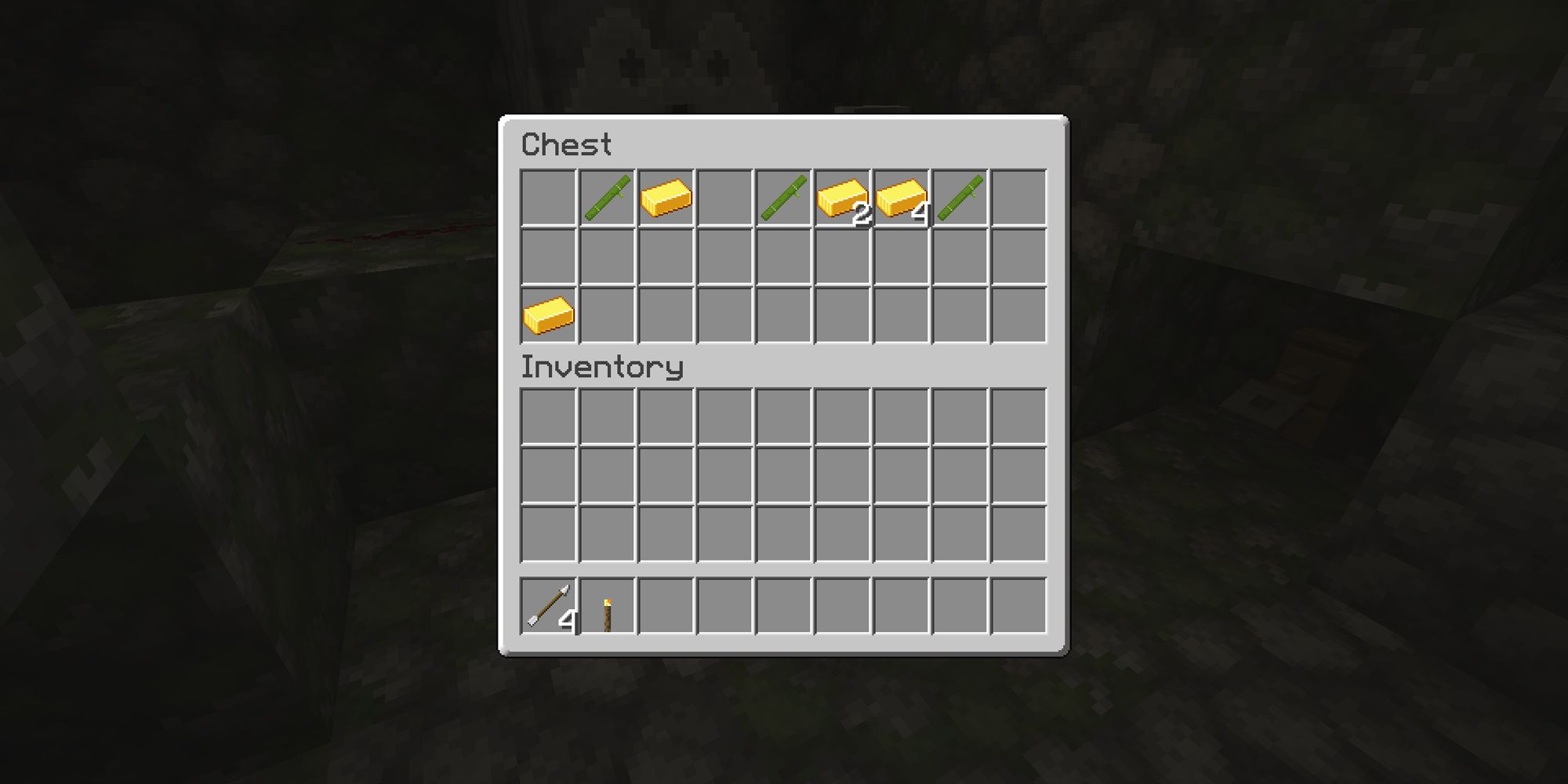 That's all there is to know about Jungle Pyramids. Next time you find a jungle biome, be sure to look out for these structures!