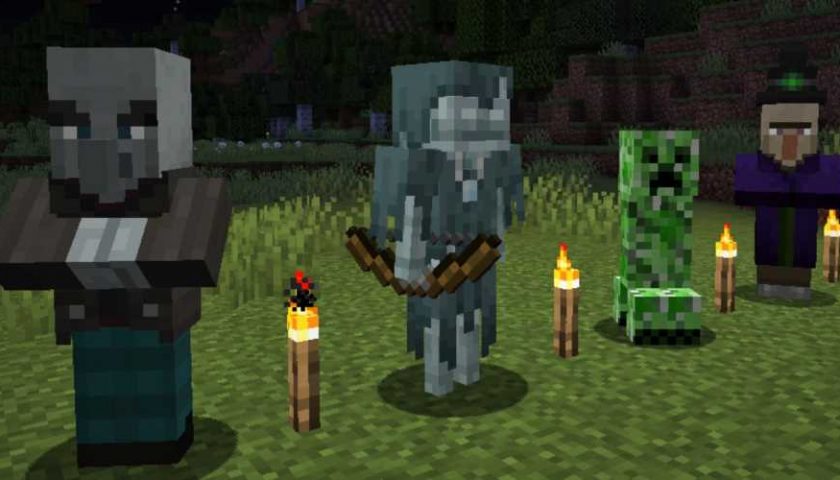 Your ability to deal with hostile mobs can make or break your Minecraft experience. There are a ton of them out there, and knowing how they work is a huge help to surviving in a Minecraft world.

There are a particular few that can be quite dangerous to deal with. The mobs listed below are responsible for quite a few player deaths, thanks to their lethality, difficulty to kill, or a combination of both, and it's best to know how to sufficiently deal with them in combat.

This list will only include completely hostile mobs. Neutral mobs like iron golems and Endermen will not be included. 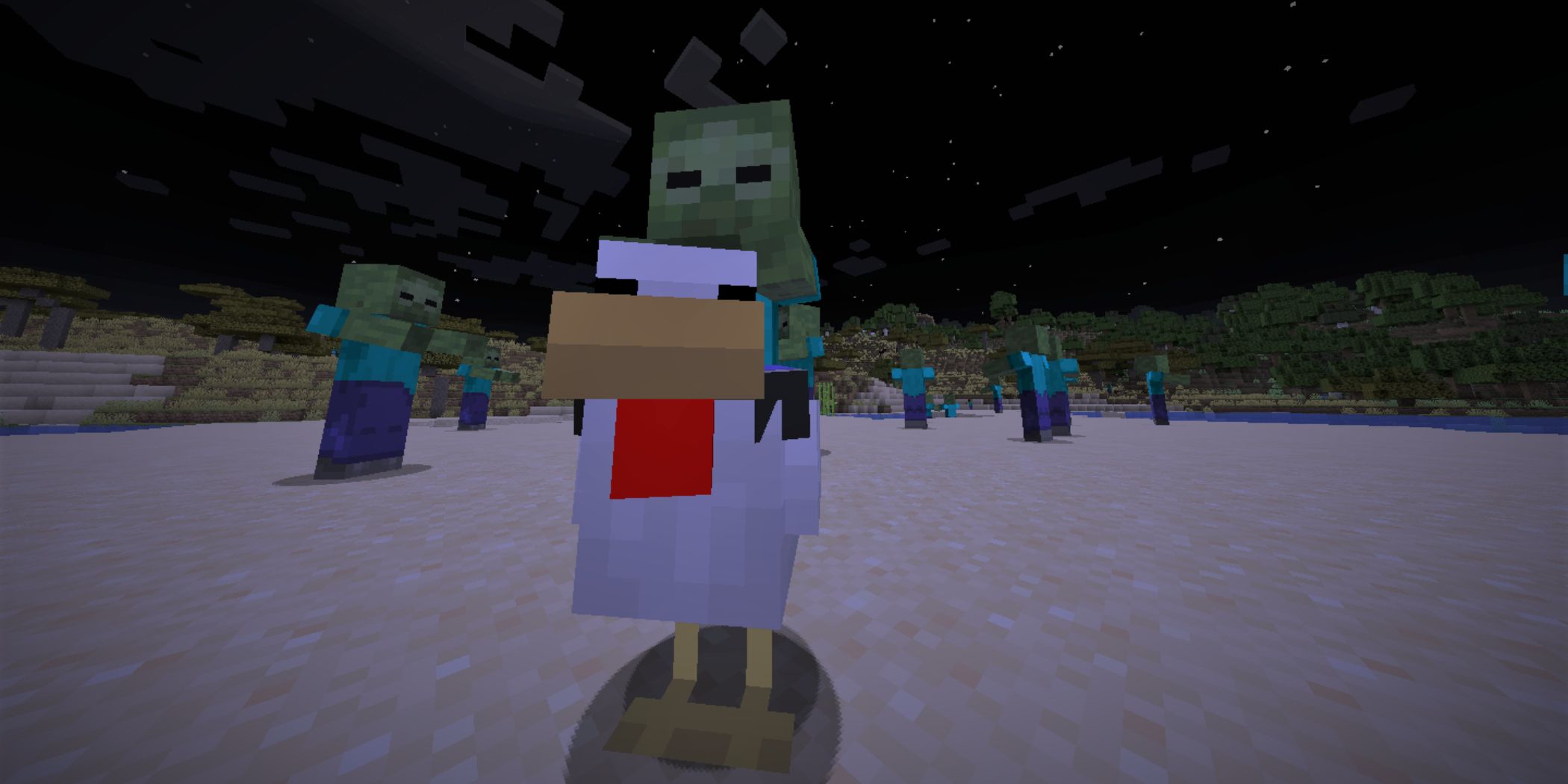 Regular zombies are generally pretty easy to deal with. They can be dangerous in very close quarters, but with their slow movement speed, they're not much to worry about. Baby zombies, on the other hand, are a bigger problem, despite their smaller size.

Spawning as a baby gives a zombie big improvements to its movement and attacking speed as well as a smaller hitbox, and their quick flurries of attacks can wear out your shield. Even worse is the rare chicken jockey, with the chicken adding another hitbox to shield the baby zombie and removing the potential for fall damage. 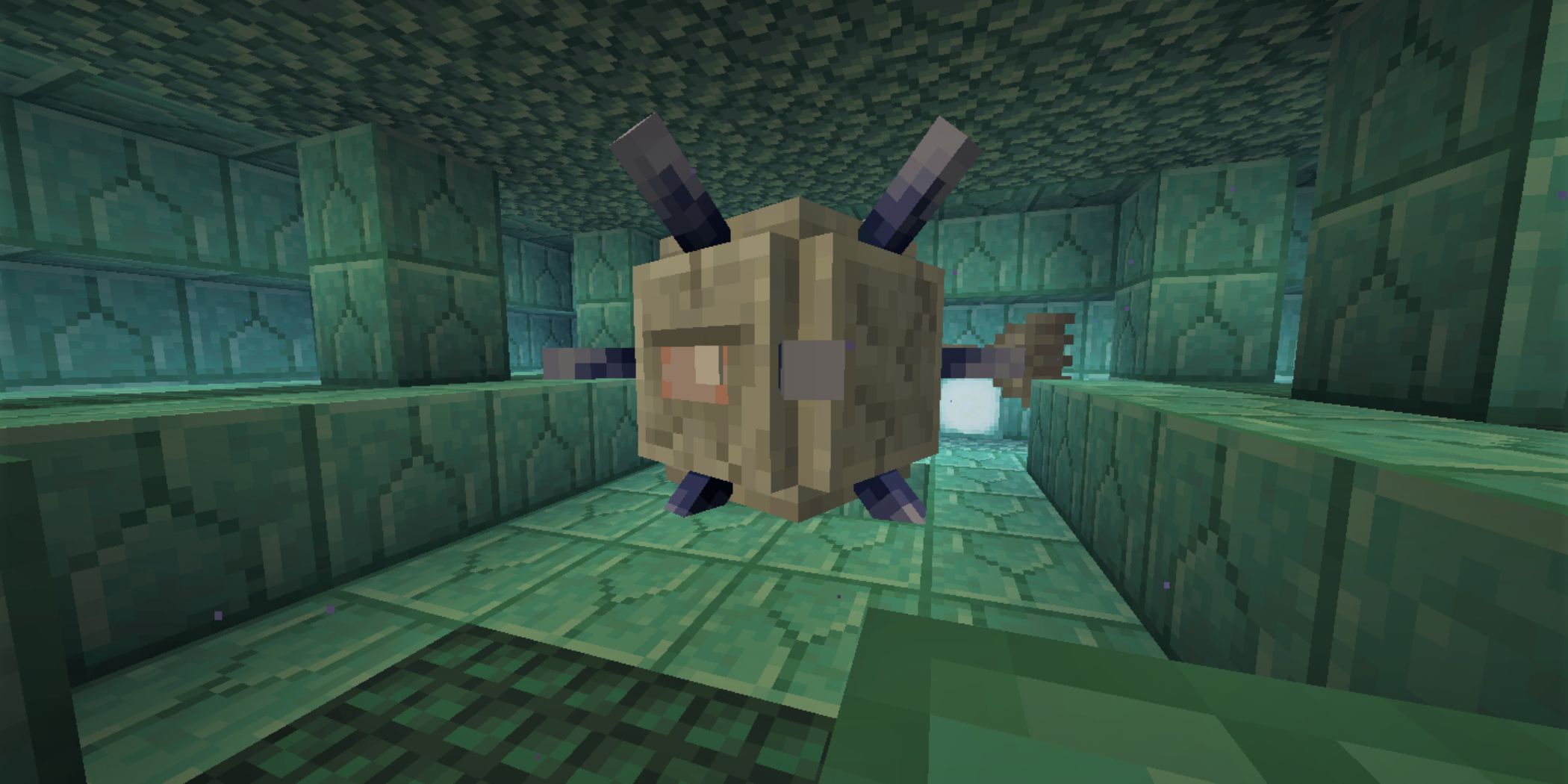 They might be more known for the jumpscares they give you when passing through an ocean monument, but elder guardians are quite tough to deal with in combat.

With it being an ocean mob, you have to fight the elder guardian underwater, which makes moving around it a bit tougher. It takes quite a few hits, too, but you can't get too greedy with attacking it lest you get hit with its laser and take damage. It would help to get rid of the other guardians around it and get the hang of swimming around the monument's pillars. 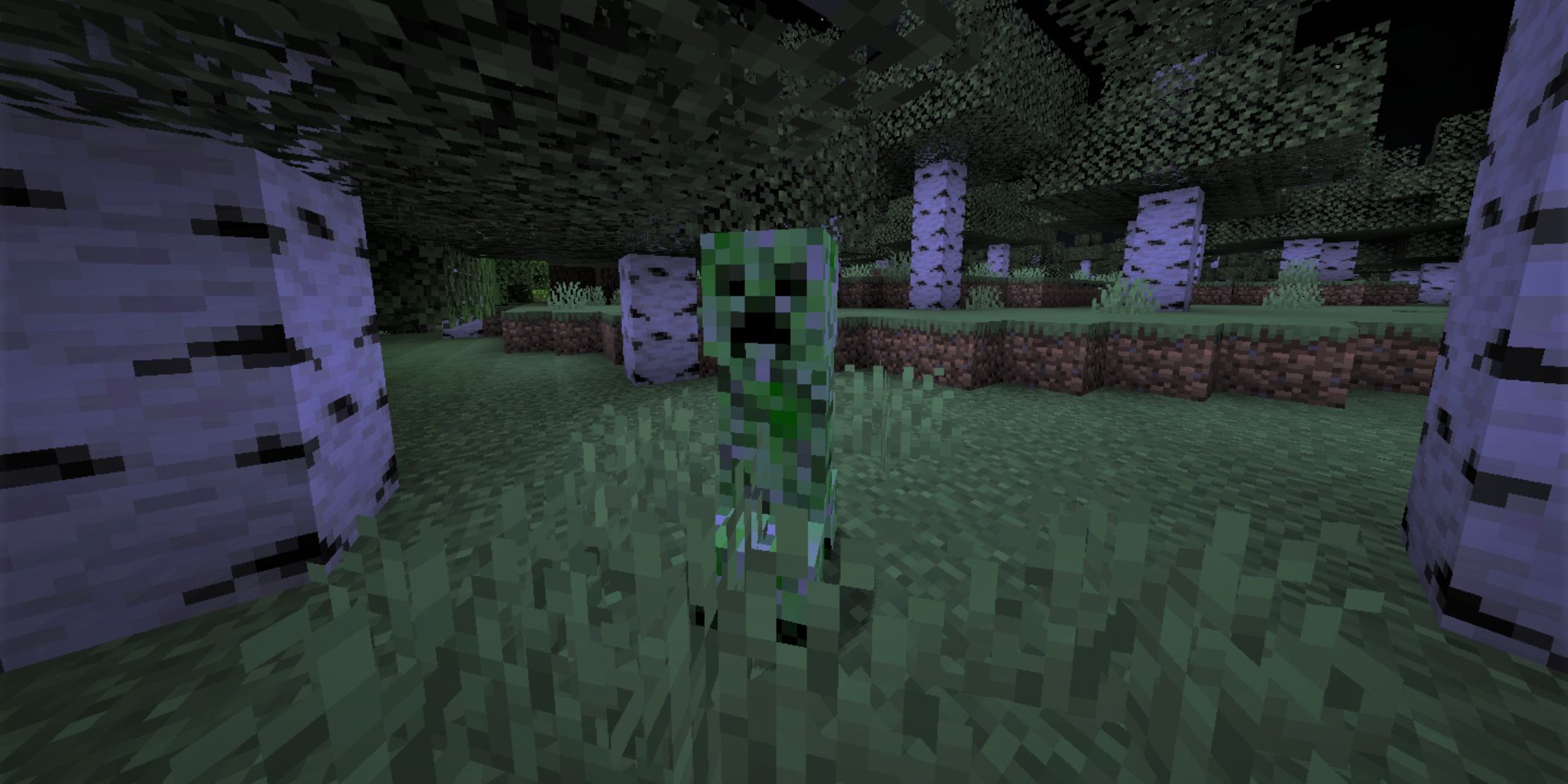 In tight spaces like a cave or an abandoned mineshaft, if you hear that hiss and don't know where it's coming from, it's probably curtains for you. Even if a creeper's initial blast doesn't kill you, there's always potential for a nearby hazard (e.g. lava) to be displaced.

That said, in open space, or when you see it coming, creepers are easy to deal with if you know what you're doing. Just attack, retreat, and repeat until you've killed it. You can even avoid damage from any accidental blast if you bring a shield. 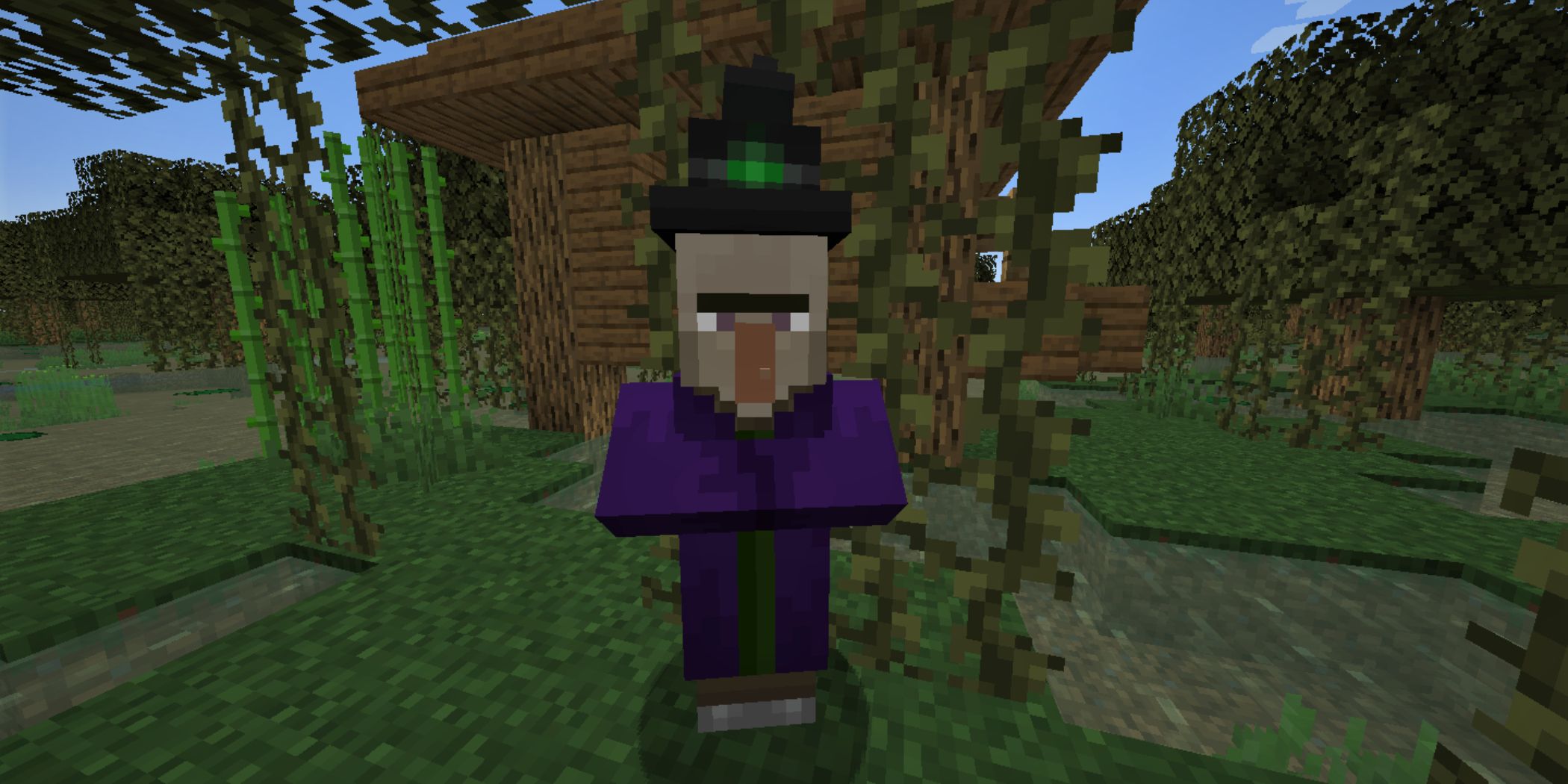 The witch is a bit different compared to other hostile mobs, as they're not big sources of direct damage like, say, creepers. Still, it's best to dodge a witch's line of sight whenever you run into one.

They deal status effects and sometimes direct damage via splash potions, which can be dangerous because of their potential range. They also take a while to kill, because they can quickly undo the damage you deal with healing potions. They can spawn in the dark, too, so you could get hit by a stray splash potion of poisoning if you're not careful. 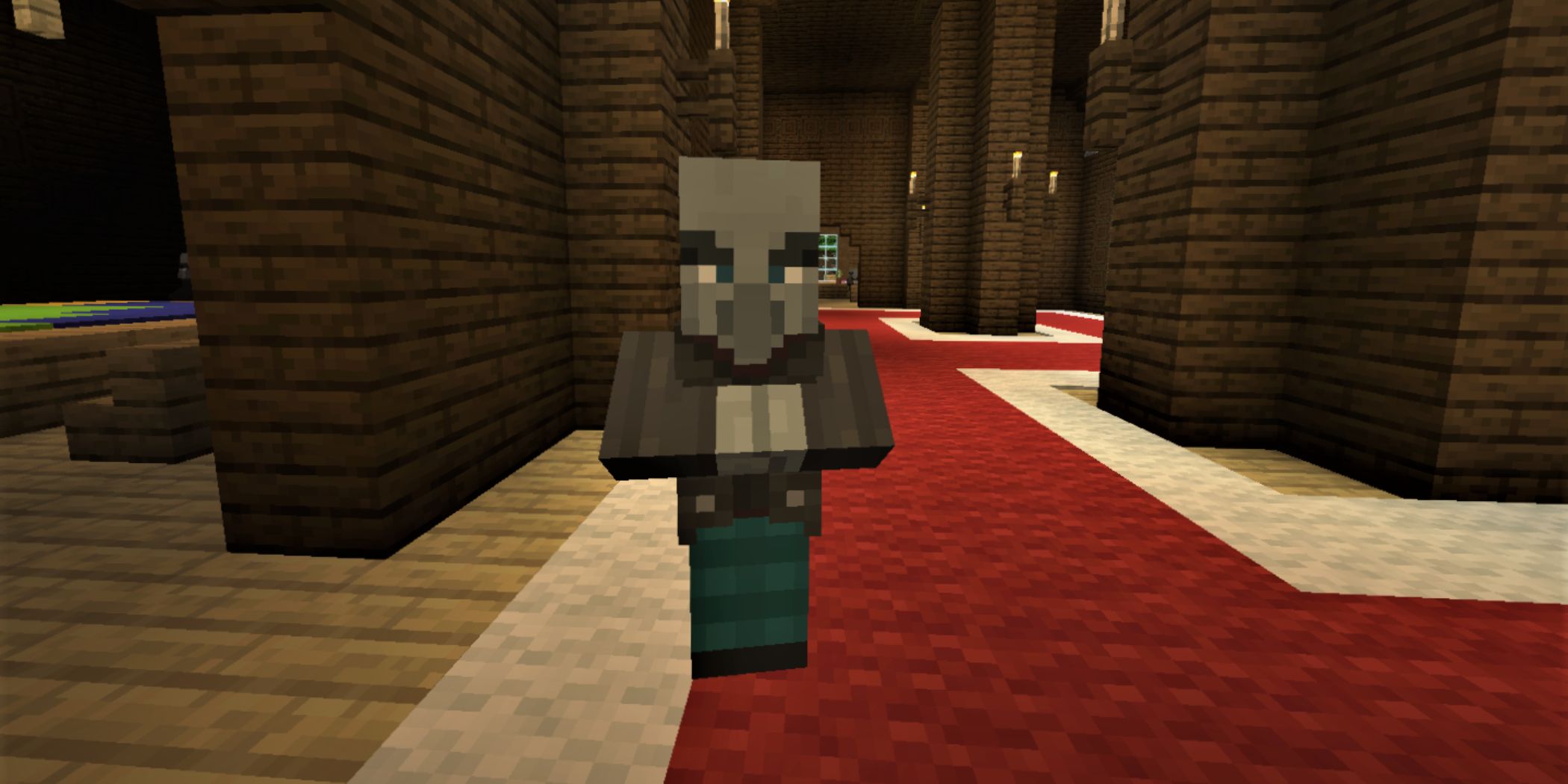 Not many mobs can deal as much damage per hit as a vindicator. These illager variants are arguably the hardest ones to deal with in village raids because there's usually quite a few of them, and they're easily the most aggressive.

They will charge at you as soon as you get within its radius, which is pretty big compared to that of other illagers. They deal almost 9.5 hearts of damage on hard mode, and they can walk and swing their axes pretty fast as well. 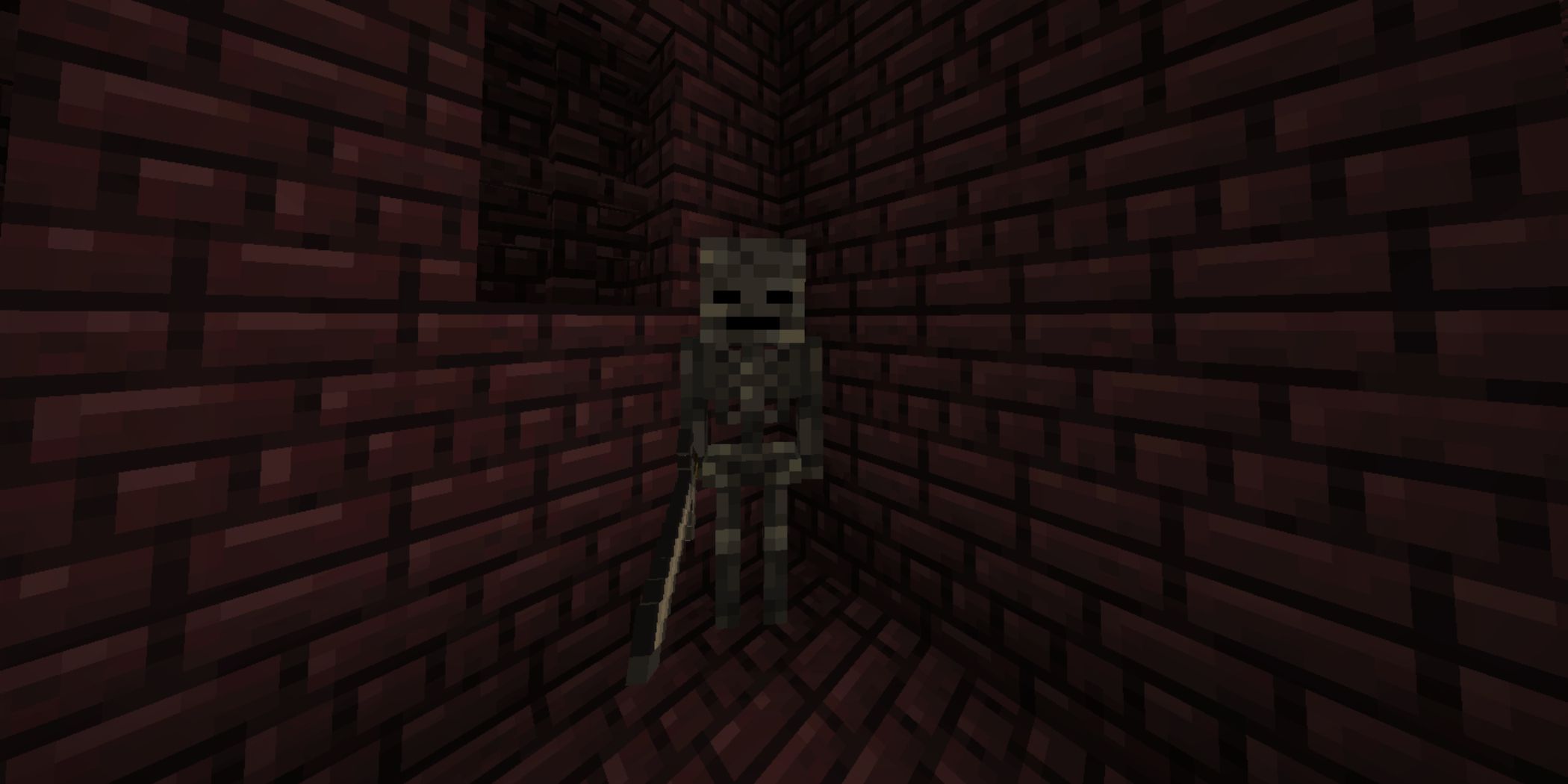 Wither skeletons are arguably the biggest hazard in a Nether fortress. While they don't deal a ridiculous amount of direct damage, they can inflict the Wither effect on you, which can be fatal under the right circumstances.

Getting withered is similar to getting poisoned in that it deals damage over time, except getting withered can actually kill you. Even if you eventually kill a wither skeleton, you're likely to wither away and die if you faced it at lower health. This is why it really helps to have golden apples at the ready when exploring a fortress. 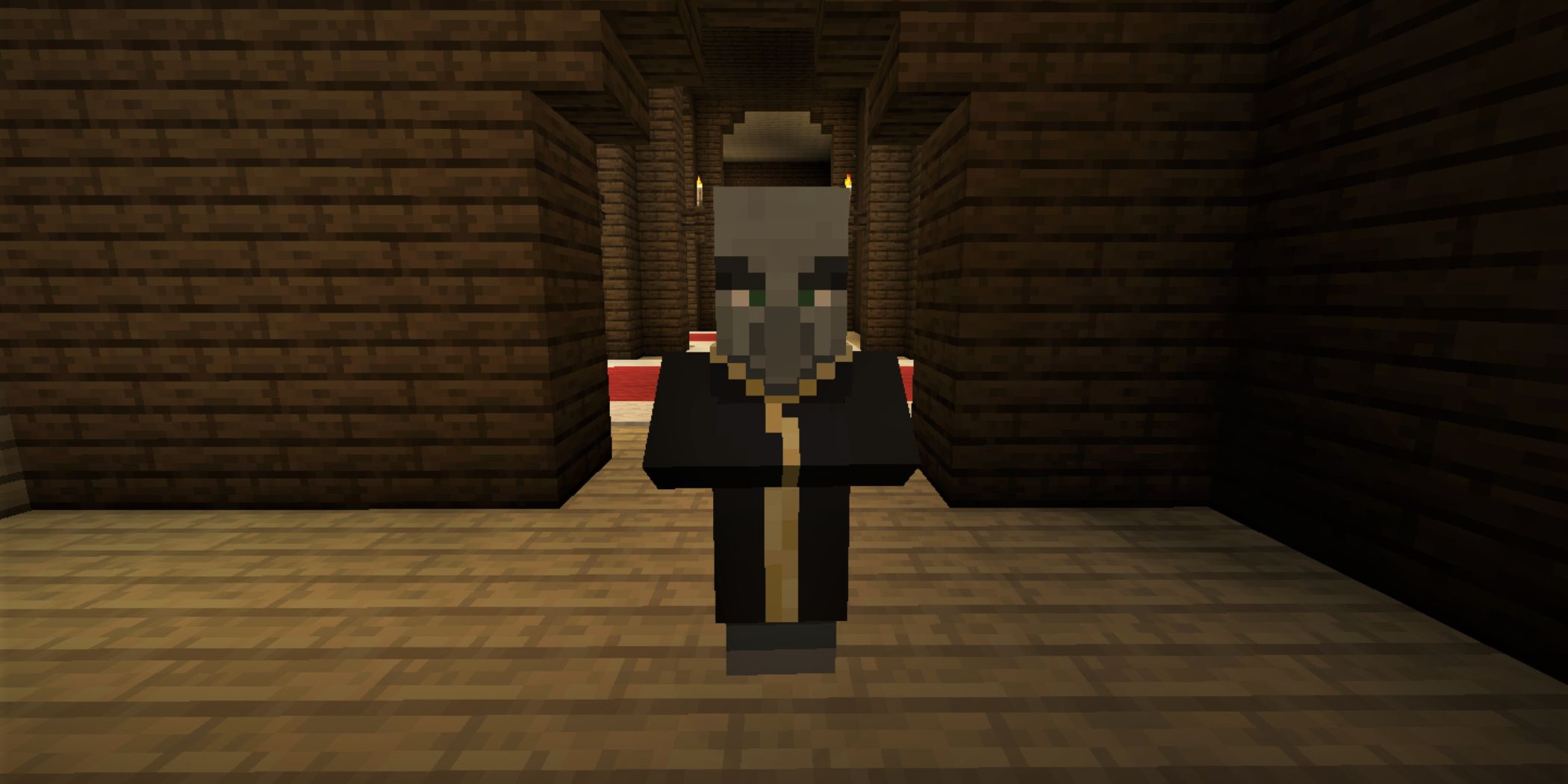 While an evoker doesn't always deal as much damage as its illager brethren, they can be much less predictable. You know what's coming with a vindicator, but an evoker has so much variety with its attacks that you don't always know what to watch out for.

They can attack you from a distance with their conjured fang attacks, and they can also summon three vexes at once, which can deal 4.5 hearts of damage with every attack. If you want that totem of undying drop, you'll definitely have to work for it. 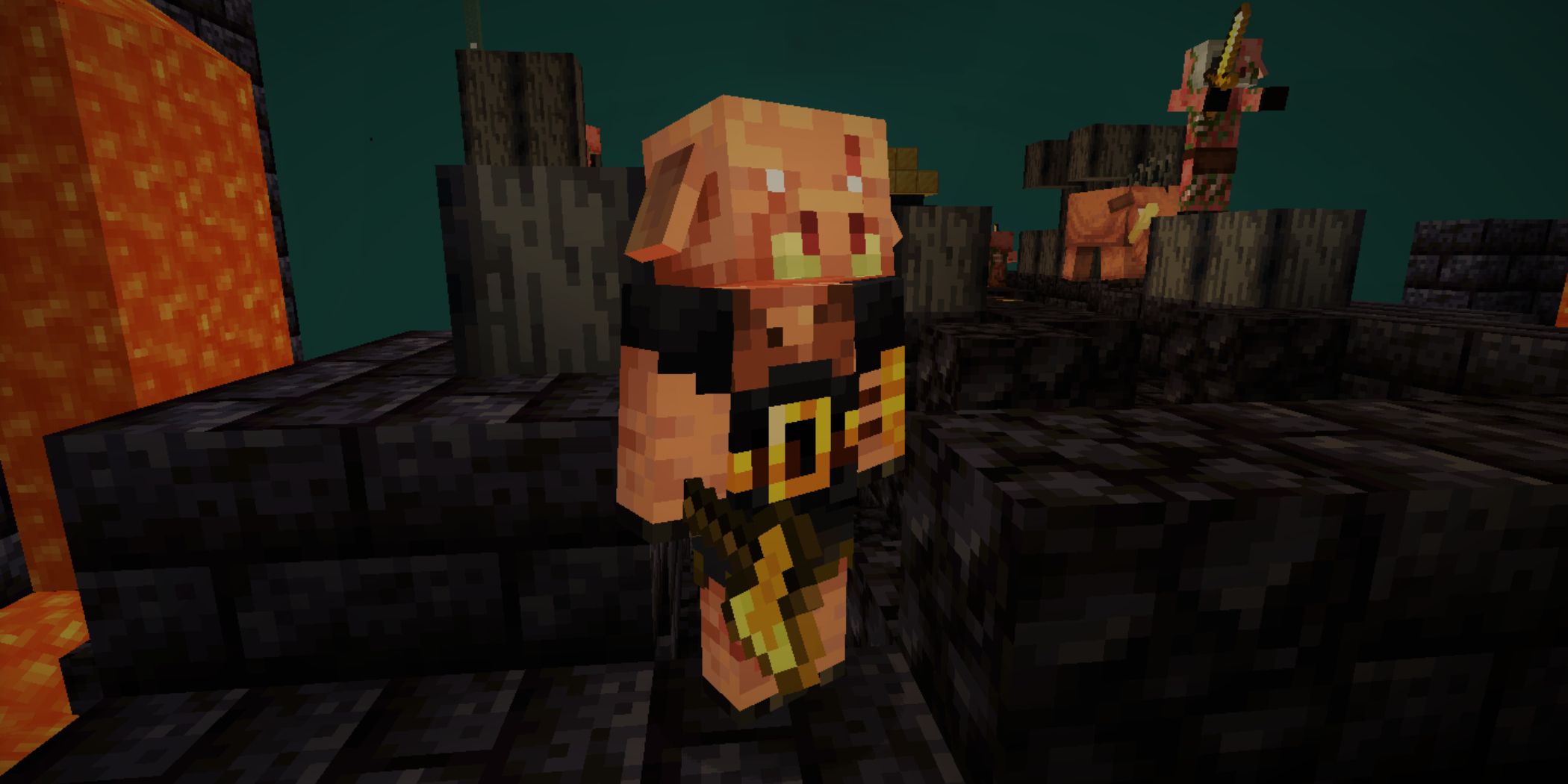 These piglin variants are the reason why so many players are scared of raiding the Nether's bastion remnants. Unlike regular piglins, piglin brutes attack players on sight whether or not they are wearing gold armor. They aren't distracted by the player dropping gold, either, and they're much more powerful.

Piglin brutes match the damage output of Vindicators, while also having twice as much health. It doesn't help that there's quite a few of them in a bastion remnant, and they're hard to avoid with the structure's tight spaces. 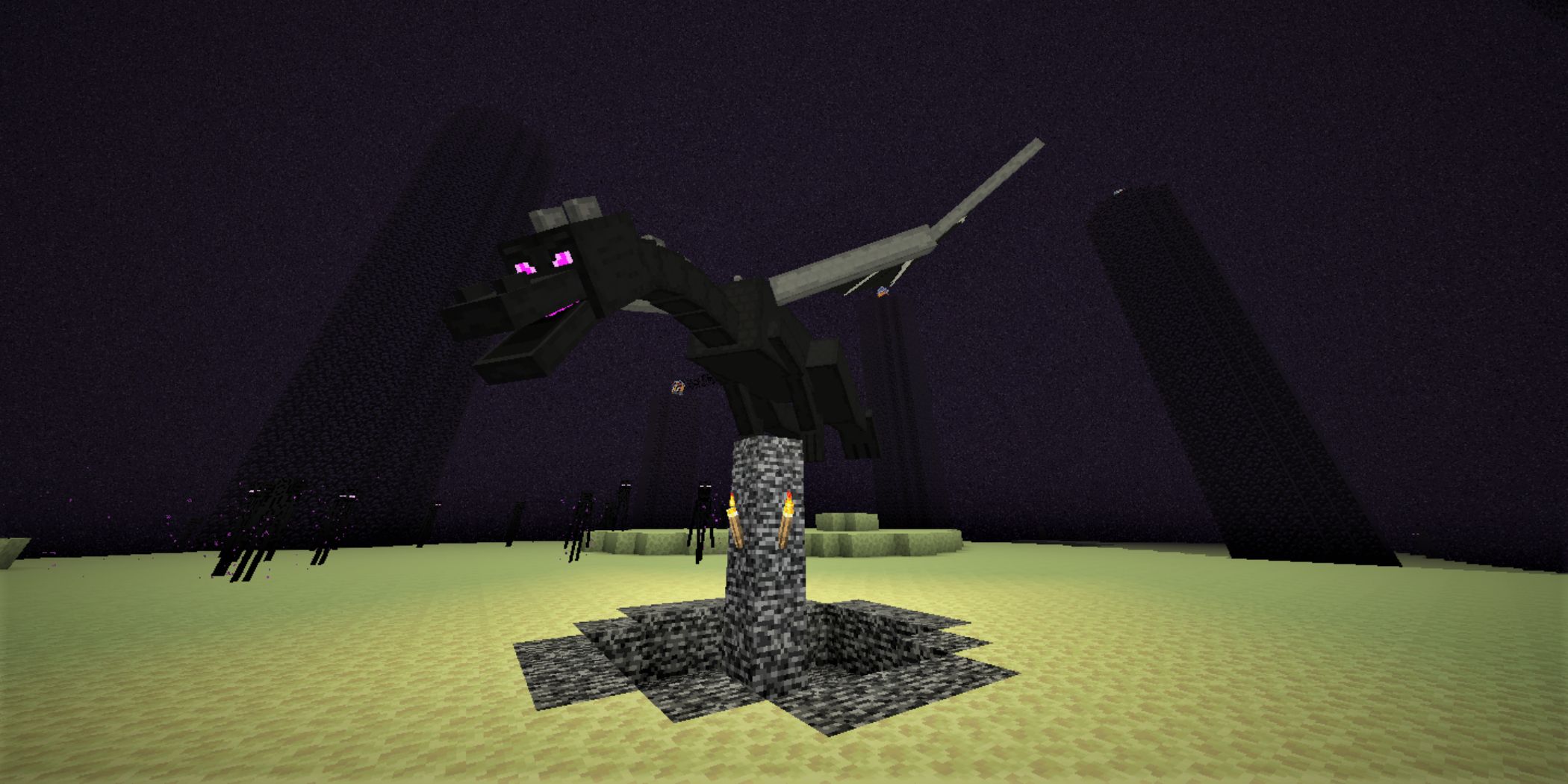 One of the game's main bosses, the Ender dragon is certainly worthy of her reputation as the de facto final boss of Minecraft. She can deal huge damage in a variety of ways, whether it's with her dragon breath, shooting a fireball at you, or just flying straight into you.

That said, there's a formula to her madness, and ways to deal with the Ender dragon are already very established in the Minecraft community. It's also relatively easy to lower her defenses, so long as you have the marksmanship to shoot arrows at End crystal towers. 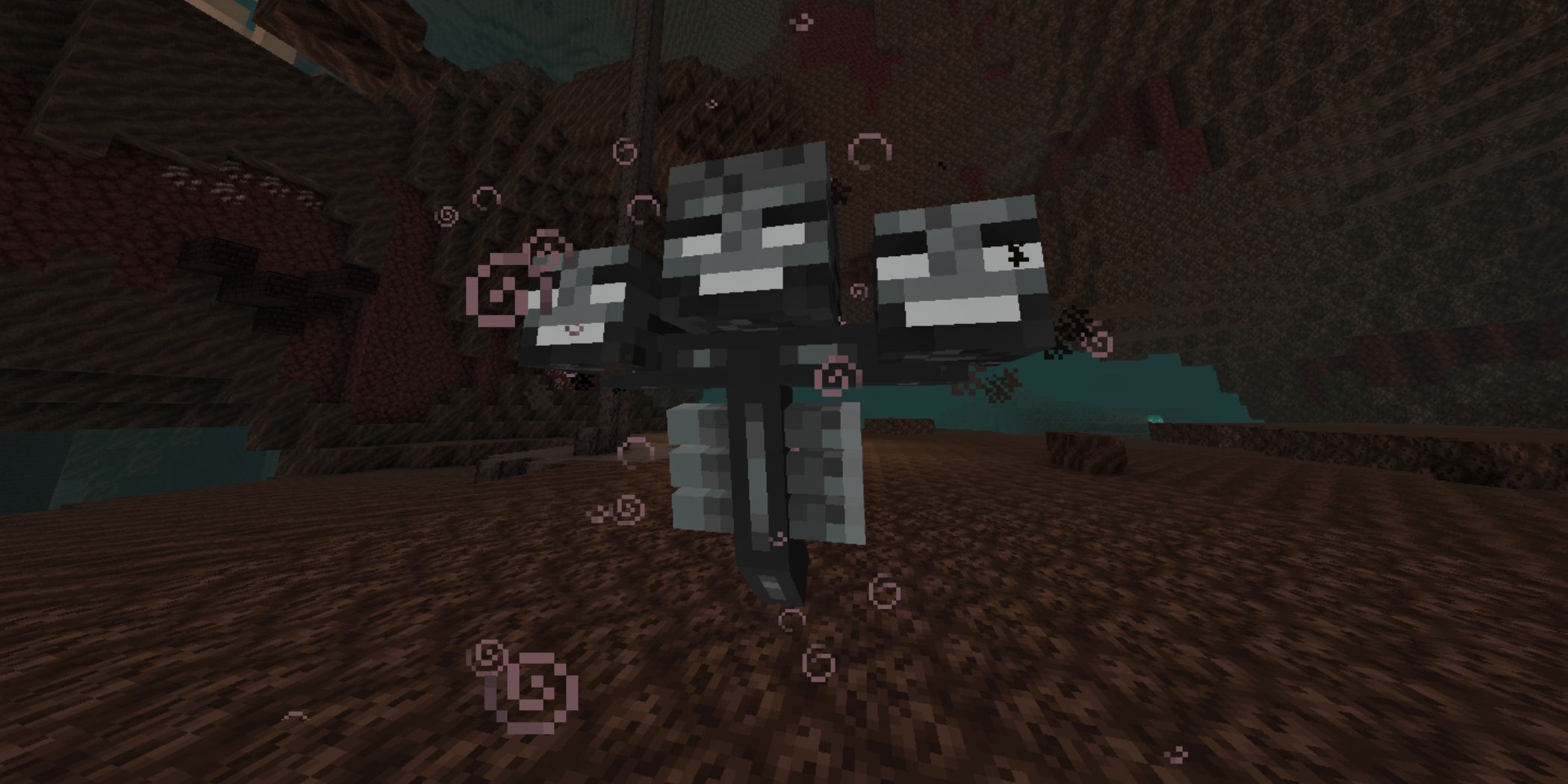 In several respects, the Wither is a more dangerous and lethal boss than the Ender dragon. For one, it's much more explosive, whether you're talking about the literal explosion it creates when it spawns, or the wither skulls it fires at you that can also give you the Wither effect.

It also has more health than an Ender dragon, and while the Ender dragon relies quite a bit on End crystals for her defenses, the Wither has no such objective involved. It even gets a layer of armor when its health drops to 50 percent.