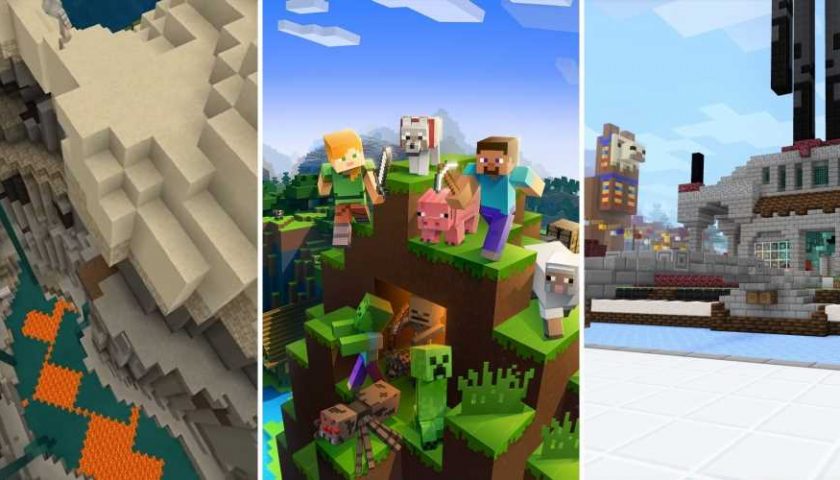 Over a decade since its release, Minecraft still finds engaging ways to pull players in. The massive sandbox game regularly sees amazing content coming out from Mojang and different creators to spice up every playthrough.

With a subscription to Minecraft Realms Plus, you can get more customization options, server storage, and over a hundred Minecraft worlds. On top of that, you also get a steady stream of free skins, maps, and texture packs.

While others need to purchase each set individually at the Marketplace, the monthly subscription brings these awesome textures to your disposal to breathe new life into the Overworld. 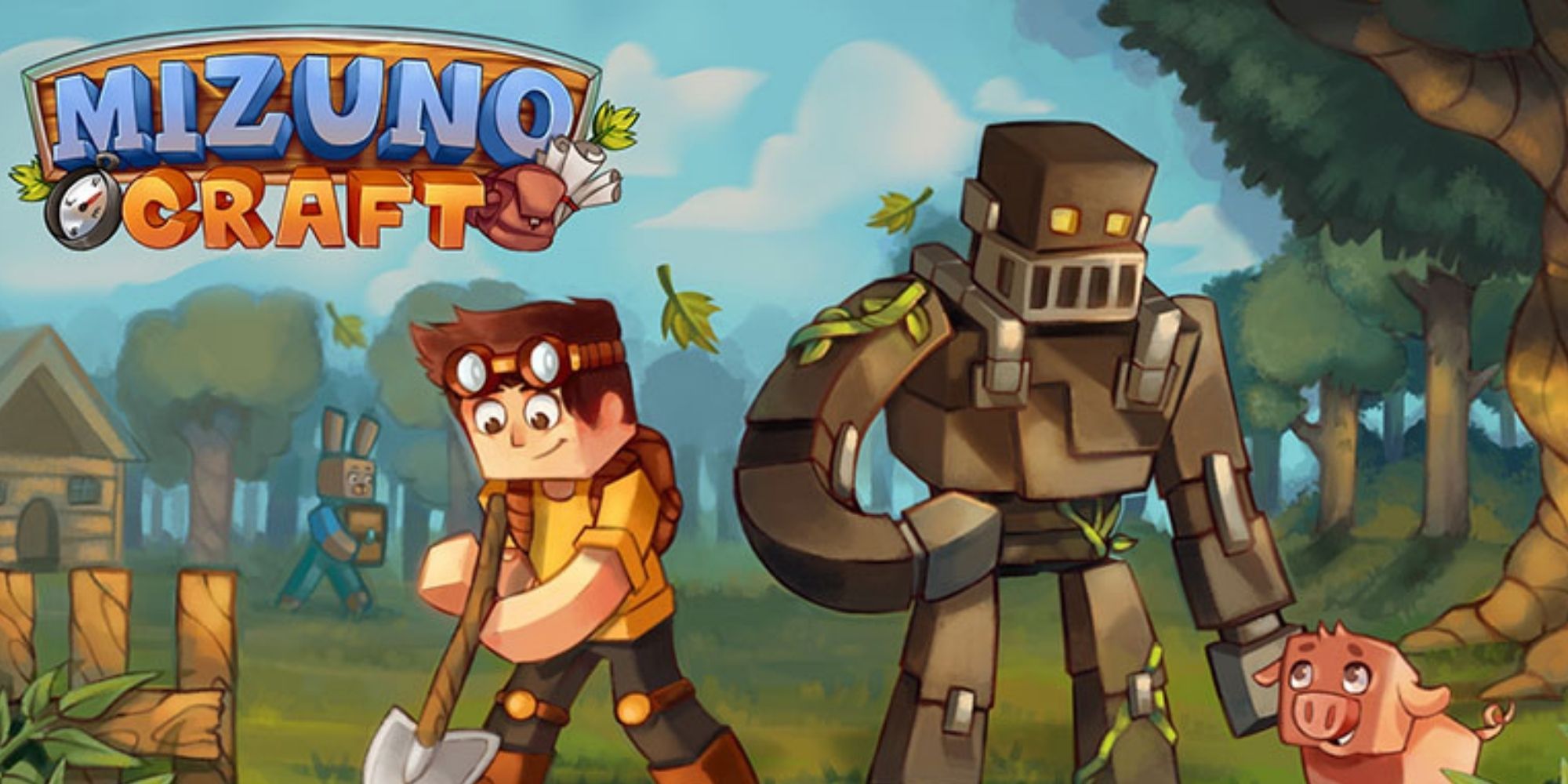 Get Mizuno Craft By Cubecraft Games

If you’re all about style, and you treat Minecraft like an architecture simulator, this texture pack will give you a lot to play with. It generally replaces everything as expected, but the standouts are the interiors, paths, and stained glass.

Some highlights here are the stone structures that perfectly fit into a medieval setting. When all the assets come together, Mizuno Craft creates an effect that feels like you already installed shaders. If you want the visual enhancements that come with shader packs minus the load on your GPU, then you’ll get the best experience out of this pack. 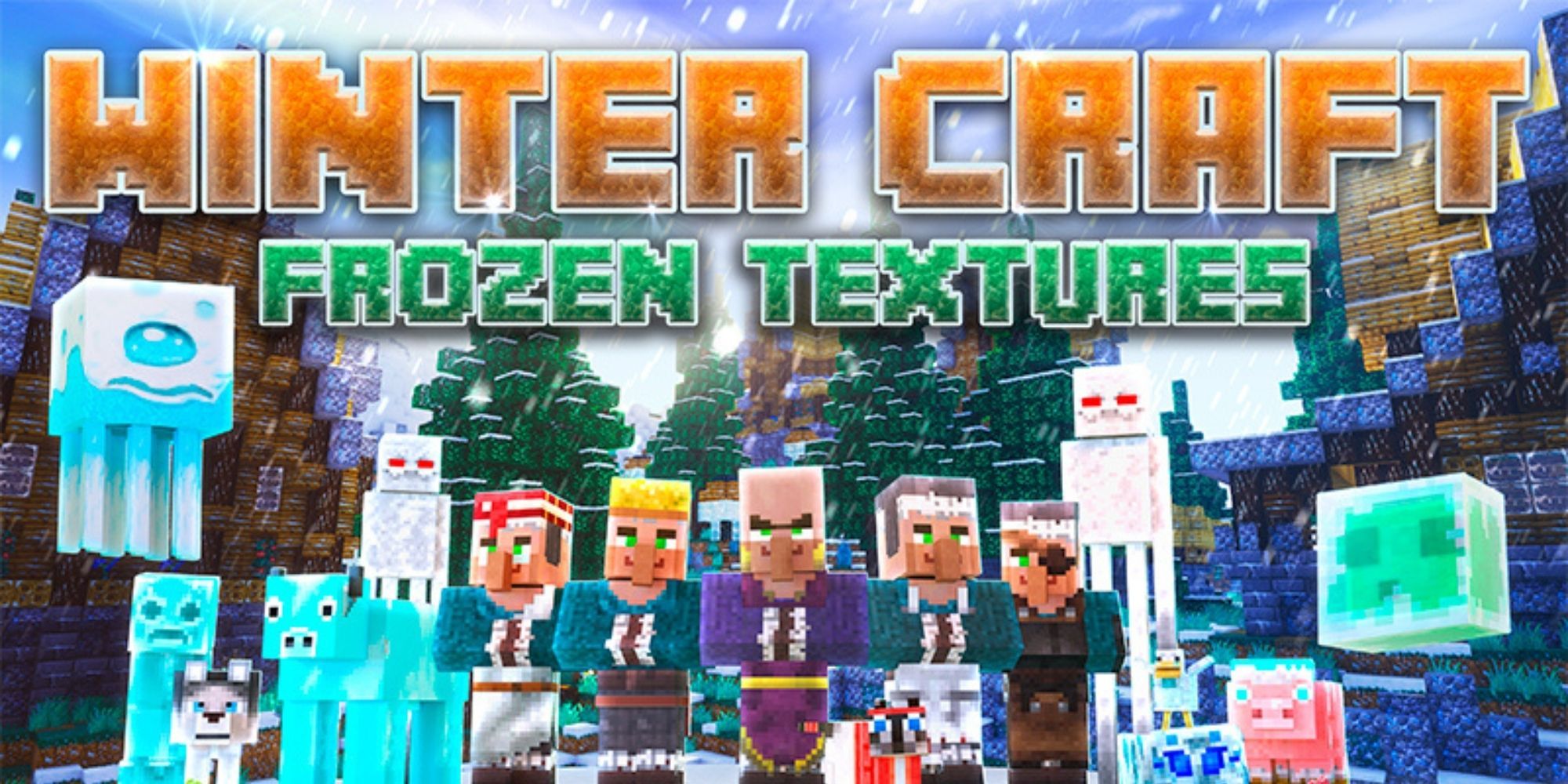 Winter Craft has so much to offer that you can stare at it for hours. From the swirling clouds and aurora borealis in the sky to showy glass panes, there is no shortage of beauty to be found in this texture pack.

As the name suggests, your entire realm transforms into a winter wonderland. Every single patch of grass, block, structure, and creature is draped with icicles. Thankfully, cats get sweaters to keep them cuddly.

Note that this is one of the bigger texture packs you can download, but the massive amount of ice files justifies the size. 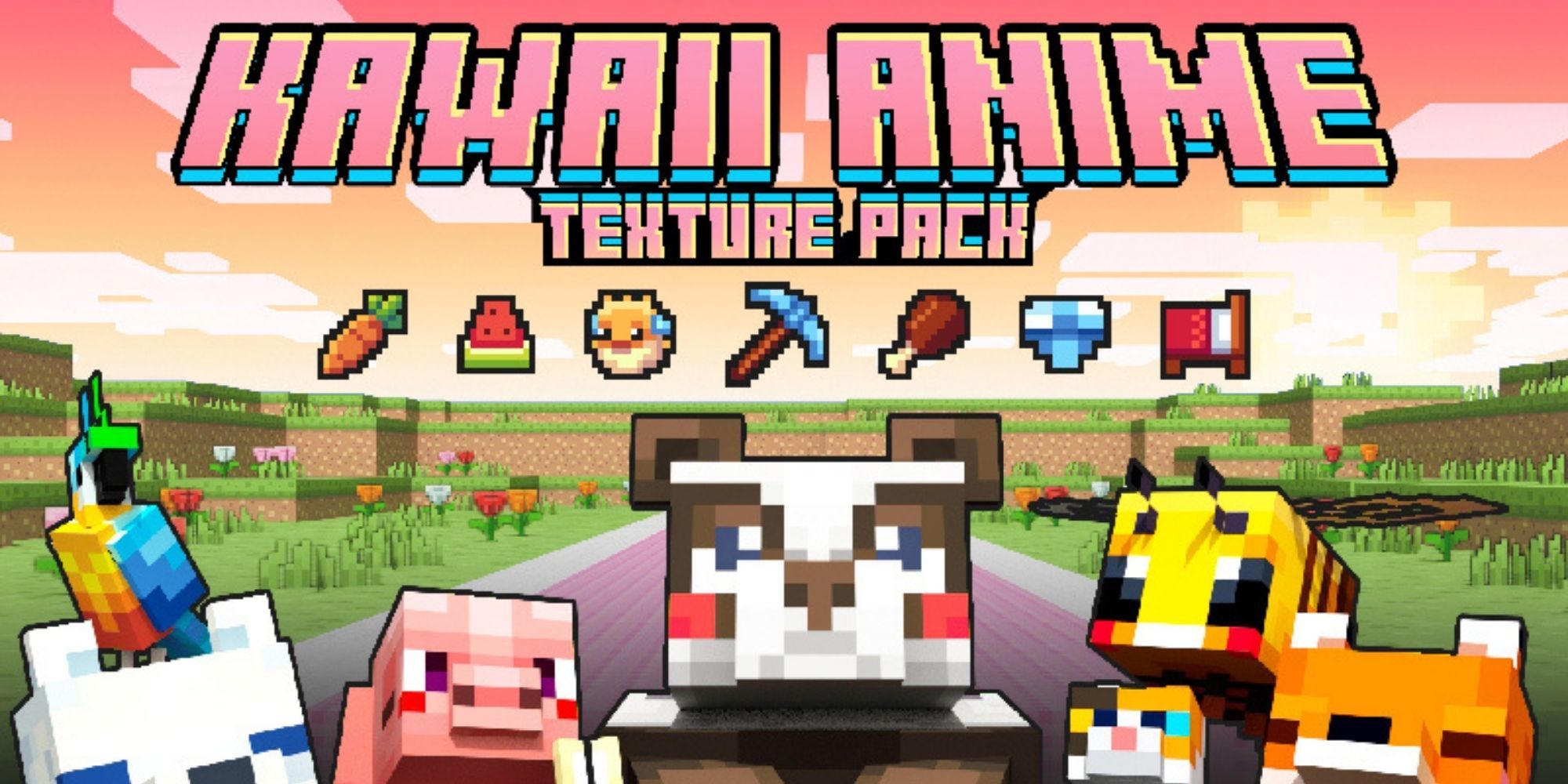 The Kawaii Anime pack is, you guessed it, extremely cute. The UI already stands out with its pink and purple tones, but the icons push the adorable factor to overdrive.

While certain textures like copper remain largely unchanged, you still see a distinct change in the world that puts things on the endearing side. For instance, this pack turns the Enderman, arguably one of the most terrifying entities in the game, into a blushing cutie pie (though hugs are still out of the question). A few more notable changes include the big-eyed mobs, glass panes with hearts, and a smiling sun during sunset. 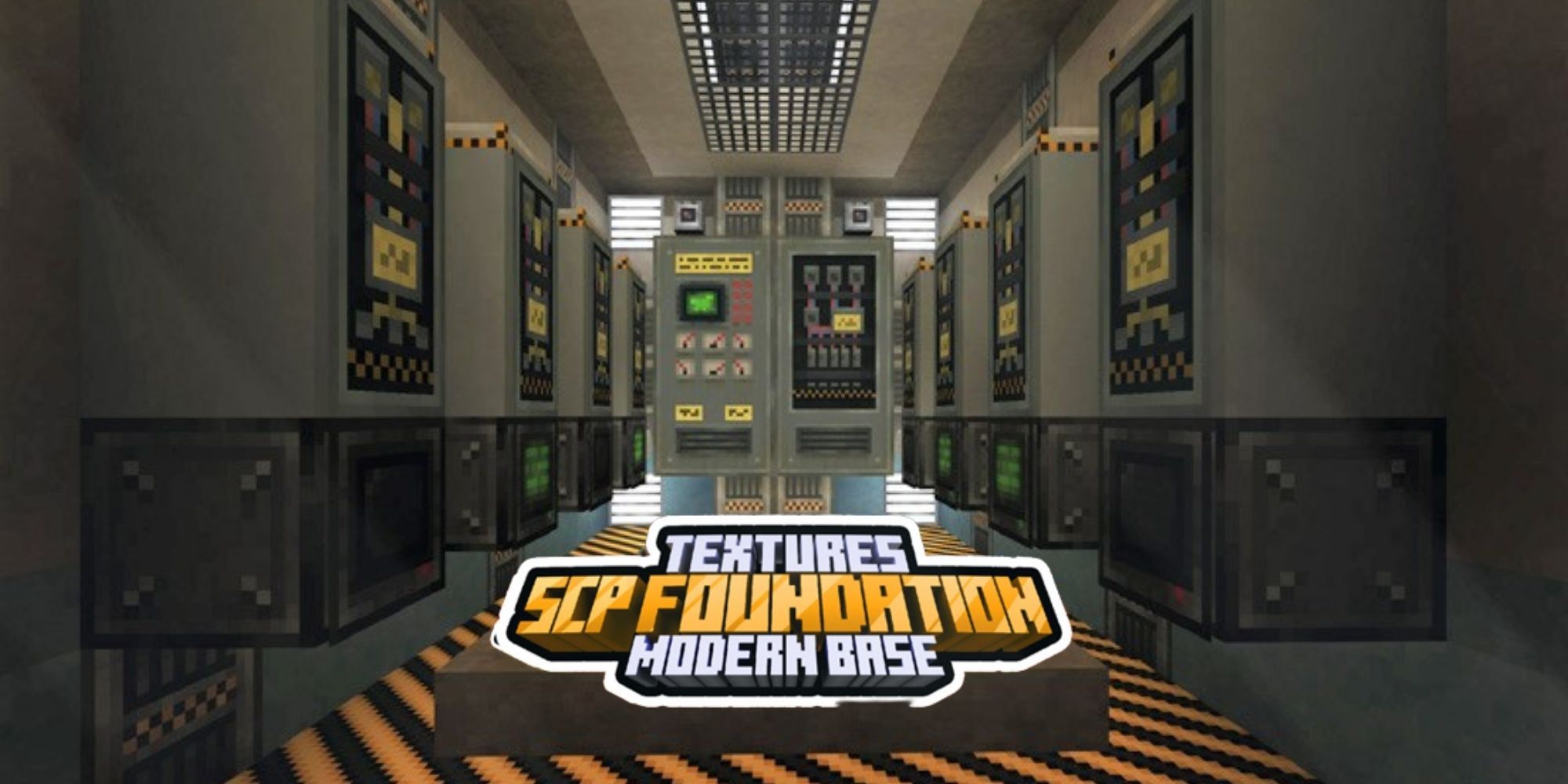 Get SCP Modern Base Textures By Owls Cubed

This one is for horror fans and users who love, specifically, the Secure, Contain, and Protect (SCP) series. Although you shouldn’t expect to see any random anomalies popping up, this is still a very in-depth overhaul.

SCP Modern Base Textures’ creators put a lot of detail into the environment and mobs look creepier. You can see usual suspects like the cows and ravagers looking more mutated than their vanilla counterparts, too.

The textures are great for building a base, though take note of the darker palette applied to everything. Subtle changes also make this pack a standout, like the added glow to the sun and a lighter replacing flint and steel. 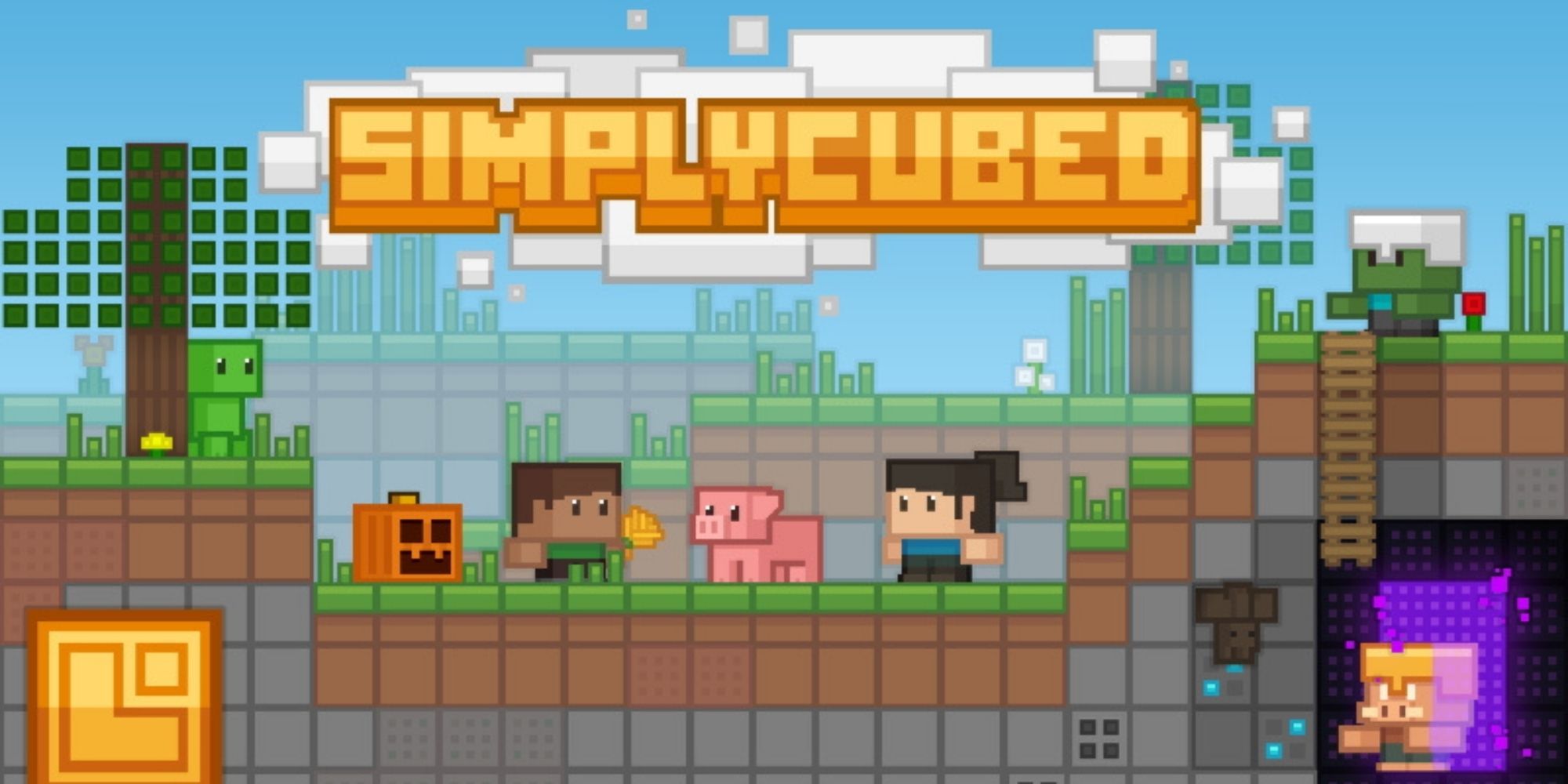 Get Simply Cubed By Pixel Squared

Don’t be fooled by the seemingly simple concept. The whole world space looks completely unrecognizable just by making every little pixel a square.

If you thought vanilla Minecraft looked cube-y enough, you have yet to see these textures in action. The Simply Cubed pack doesn’t change much in the UI, but everything else is transformed. Yes, even The Nether.

Additionally, if you’re planning to host a PVP realm, you’ll find these textures helpful for visibility and frames. Players are distinct enough to spot without sacrificing any building strategies. 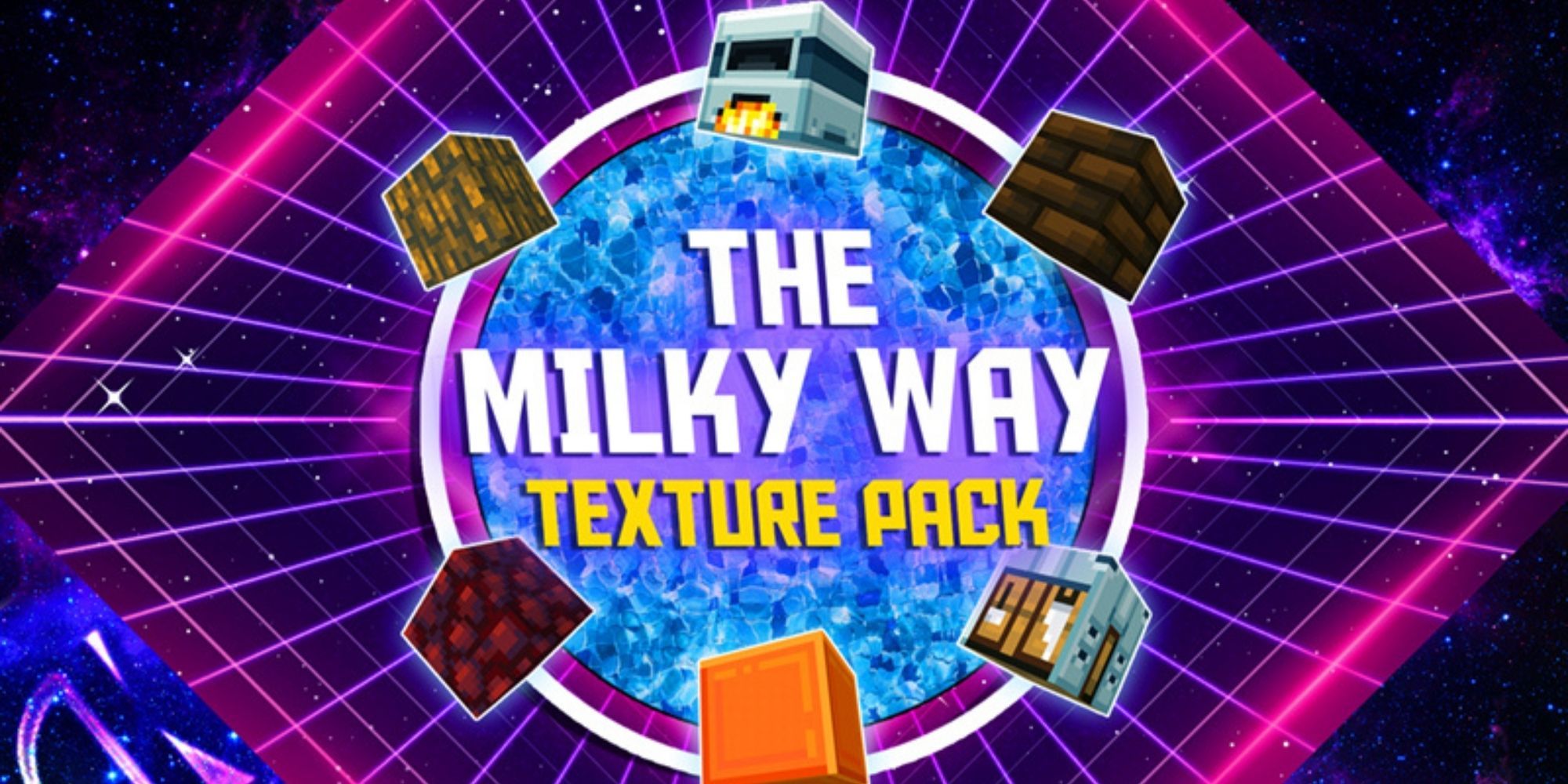 Get The Milky Way Texture Pack By Giggle Block Studios

Create a unique space-themed Minecraft world with The Milky Way Texture Pack. While the textures may feel jarring in some nature-leaning assets, it works wonders for players creating futuristic themes.

The chest texture is a highlight simply because it cements the “astronaut adventure” feel that the pack is aiming for. And, a word of advice – go heavy on those beacons and quartz blocks. It elevates the modern vibe drastically, especially if you use the included skins for Steve and Alex.

4 Tree Of Gold By Pathway Studios 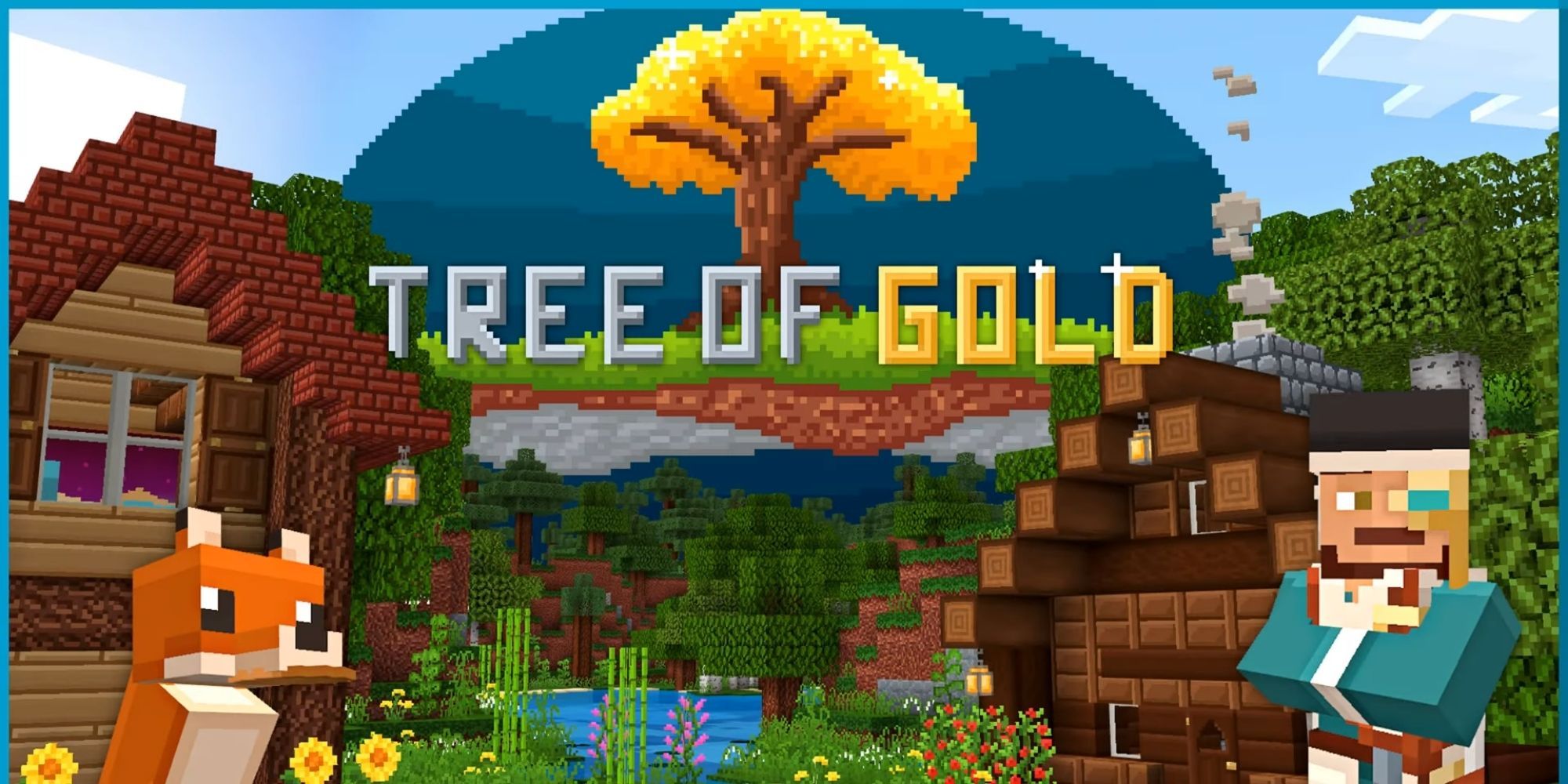 Get Tree Of Gold By Pathway Studios

Pathway Studios did a stellar job with creating a texture pack that feels familiar enough yet better than ever. With Tree of Gold enabled, the world of Minecraft looks more vibrant, lines are smoother, and the overall art style feels simplified.

The graphical style can make it appealing to mobile players and kids, especially because the UI and icons receive the same treatment. The simplification doesn’t mean it takes anything away, though, as you’ll find even logs and grass carry way more detail.

This is the texture pack to use if you’re looking for something brighter and more alive that is still easy on the eyes. It’s even lore-friendly enough to appeal to newbies just getting into Minecraft. Players that have been there since the alpha may also get a kick out of seeing blocks that look reminiscent of those first textures. 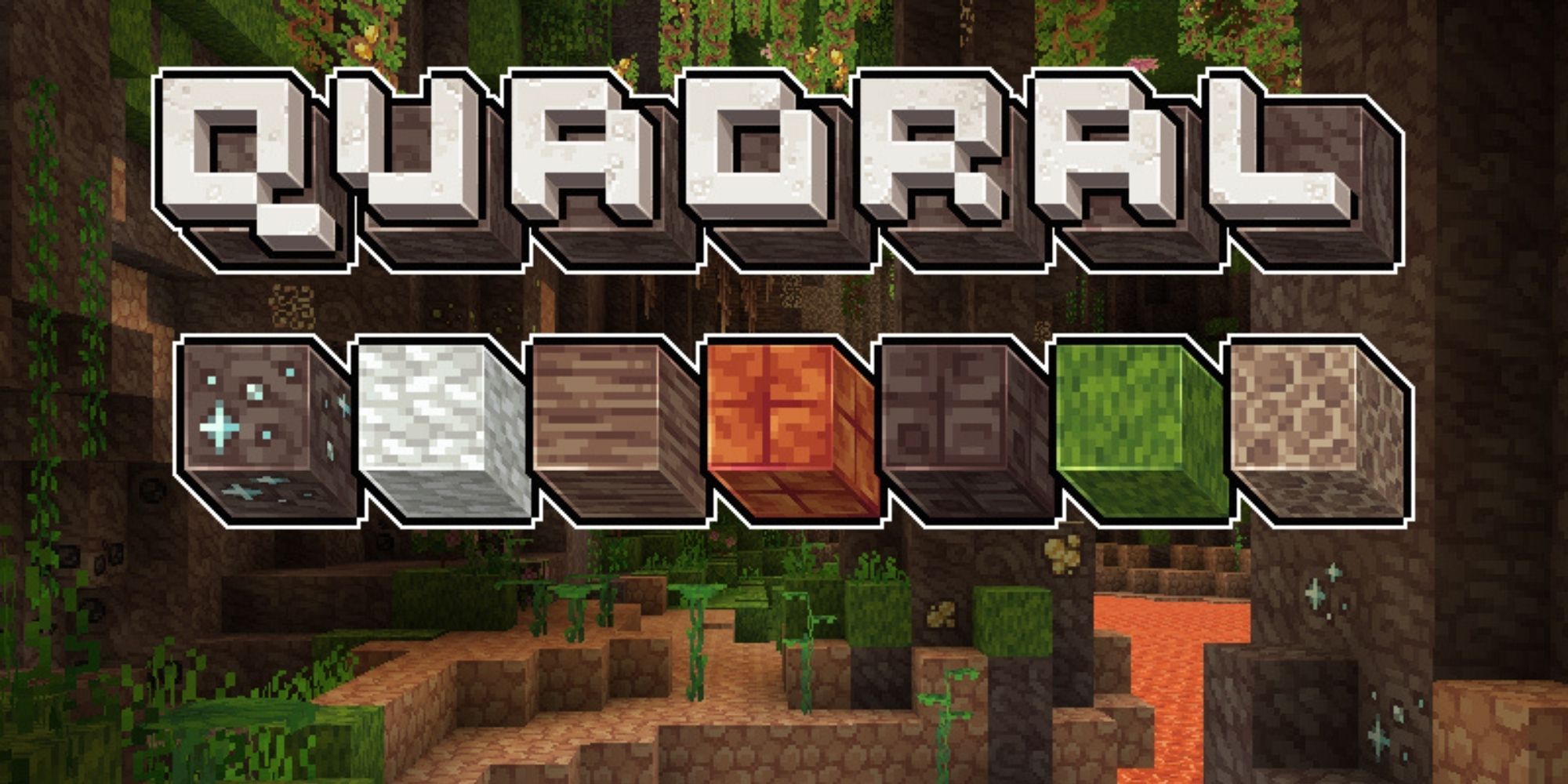 Get Quadral By Syclone Studios

Quadral uses a distinctive style that really refreshes every texture in the game. Even the UI uses an old-timey design that makes you feel like you’re checking a journal of quests whenever you boot it up.

The texture pack makes Minecraft look like a classic RPG, which you’ll notice most when you go to populated areas and build more structures. Rich, reddish tones encompass the texture pack without being too light or overwhelmingly vibrant, so you won’t get sick of looking at it after a while. And don’t forget to look up at the sky occasionally and enjoy a sun that looks like it was embroidered by your favorite grandma. 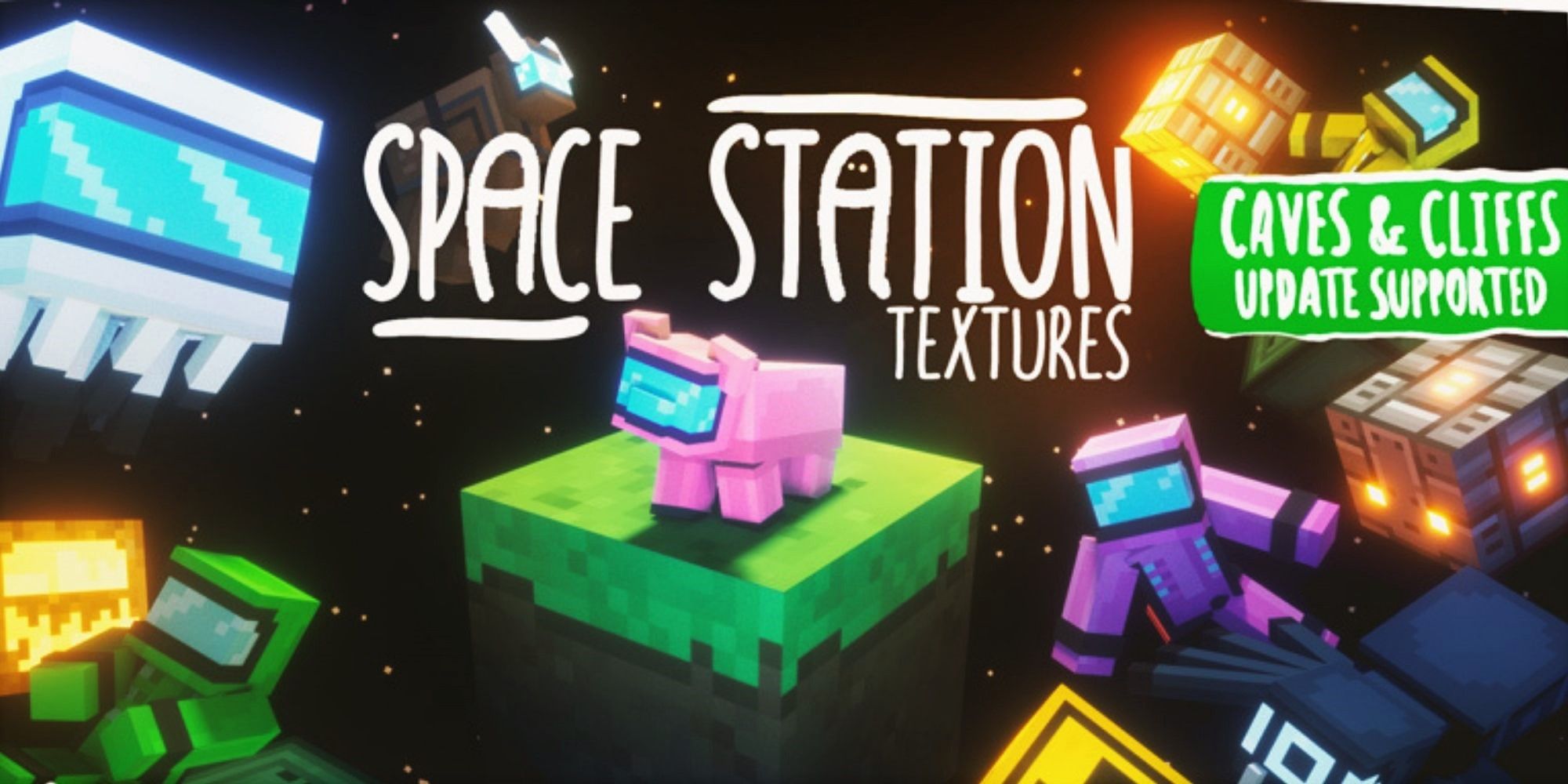 Hooked on all things Among Us? Space Station Textures turns monsters into robotic-looking beings and puts the iconic visor on everyone. It covers player characters, pigs, zombies, you name it.

In terms of the environment, this pack flips some colors completely (like birch trees) and makes the entire scheme look more space-themed. Bodies of water look much darker here with wavier lines, almost as if to simulate the vast universe.

Should you turn your gaze upward, you’ll find the sky heavily populated with big clouds that have different expressions on them. It’s a cool change that works whether you’re revamping your world or starting from scratch. 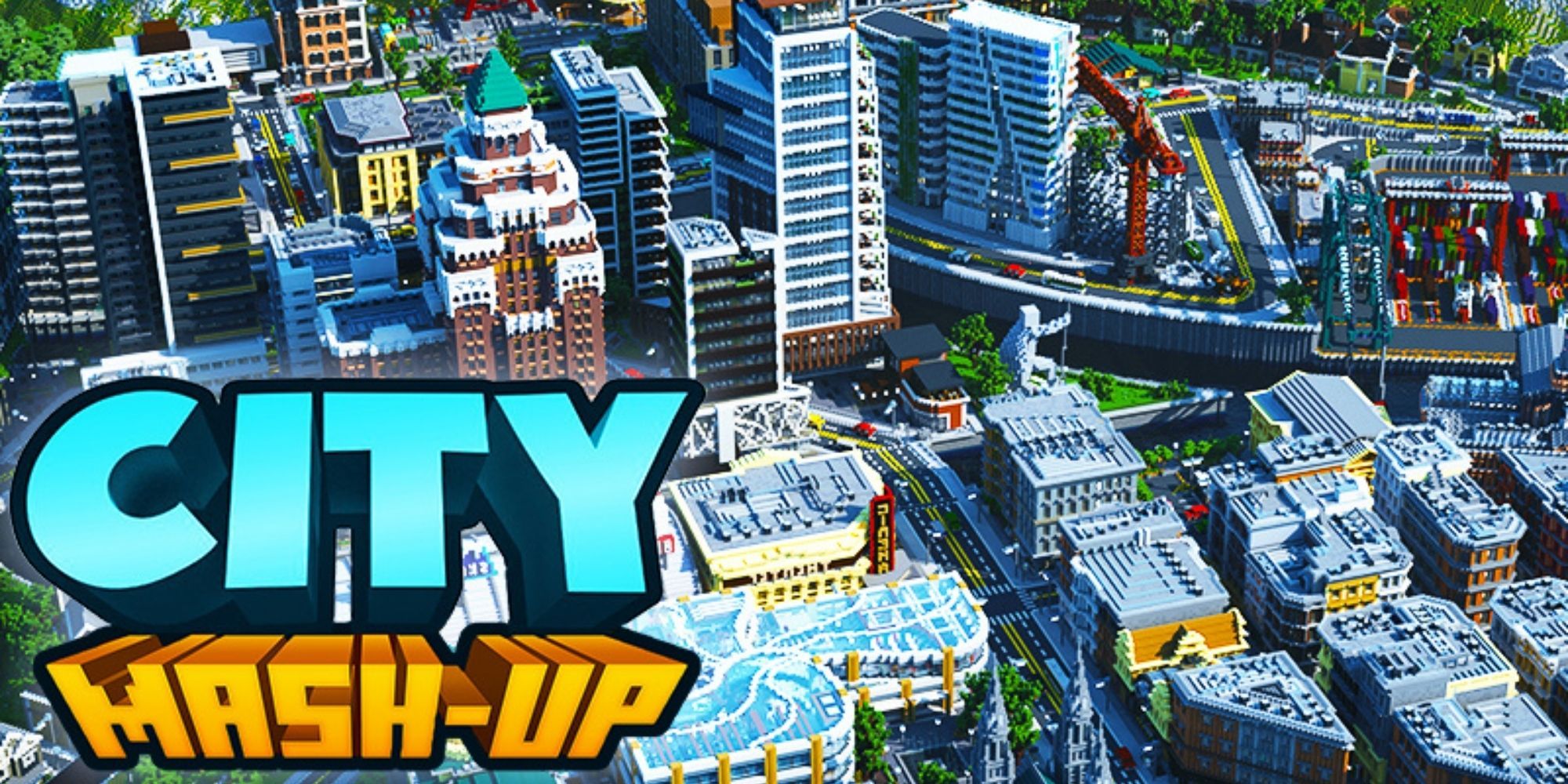 Get City Mash-Up By Everbloom Games

For this one, you need to double-check what you’re enabling. Everbloom Games also offers City Mash-Up as a full downloadable map, so make sure you’re just getting the texture pack if that’s all you’re looking for.

It should be noted that the full map comes with stories, mini-games, and secrets that you can discover. That said, the textures are already great on their own if you just want to stick to creative mode.

This texture map shines most when you build structures and grow bushes, as you’ll see the intricate details pop out from each block. It’s also very seamless when applied to different maps and worlds.