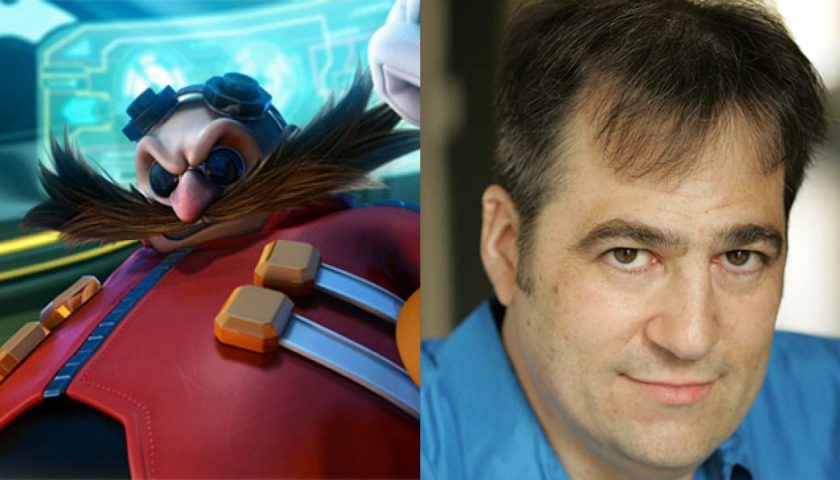 Mike Pollock gets to rule the Sonic the Hedgehog universe as Dr. Eggman another day. Amidst the news of several key voice actors stepping down from the game series in the past week, the prolific voice actor behind the egg-shaped, mustachioed genius villain eased fans’ anxieties with a tweet Friday night saying that he’s not going anywhere any time soon.

Pollock started off with a line referencing a taunt Eggman used in boss fights in Shadow the Hedgehog: “You known what they say: the more the merrier!” In other words, he confirmed that he’s staying with Sega to continue voicing Eggman in upcoming Sonic games for the foreseeable future.

Pollock wrote a follow-up tweet giving an entertainment industry lesson of how voice actors cycle in and out of their animated roles, in games and otherwise, as he knows how much Sonic fans love to speculate about the franchise’s internal affairs.

“On a personal note, I know you’ll want to speculate about what happened, and possible casting choices, but please bear in mind that, IRL, actors’ careers are steered by auditions, callbacks, bookings and rejections. It’s a bit more complicated than choosing sides for kickball,” he said.

The announcement comes as notable Sonic voice actors have announced their departure from their roles in the series, starting with Roger Craig Smith retiring his role as the Blue Blur, followed by Cindy Robinson confirming that she’s no longer voicing Amy Rose, and Colleen O’Shaughnessey saying she won’t be voicing Tails in the upcoming Netflix animated series Sonic Prime.

Pollock’s announcement of his stay as Eggman was met with celebratory responses from fans, but it shouldn’t come as a surprise. He’s been a fan favorite voice actor for the nefarious villain since he came to voice him in the 4Kids English dub of the 2003 anime series Sonic X, making him sound more boisterous and gung-ho than Deem Bristow’s serious-toned counterpart.

Pollock retaining his Eggman role in what has become known among fans as the Sonic the Hedgehog voicepocalypse establishes the pattern that every time Sega decides to recast the roles of Sonic and company, he’s the only one who stays because his voice is just so damn iconic.