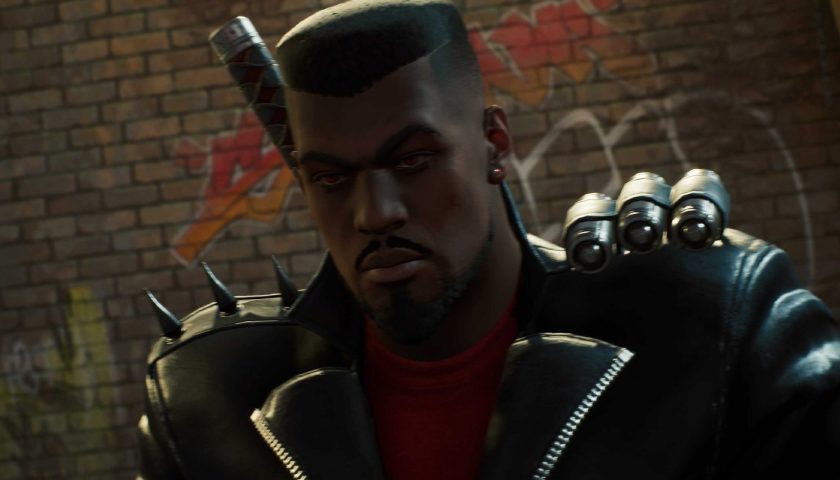 One of the first things I did in Marvel’s Midnight Suns is check out the customisation options. Iron Man has a slick medieval coat of armour, Spider-Man has a symbiote variant, and Captain America can be given a more Thor-like look complete with the winged helmet. But forget those fancy cosmetics for a second, because you can toy with everyone’s underwear. Immediately, I’m studying which of Blade’s undies highlights his, ahem, assets, the best. Whichever one gives him the highest stats. Let’s go with that.

Marvel isn’t horny often enough. Eternals had this hyped-up sex scene that was said to redefine Marvel romance and whatever other spiel was unwinded during its release week, but I can’t even remember it. It’s all so tame, like people are passing love notes and making little glances at each other rather than going full throttle, even though Marvel has big buff dudes and hot twinks in spades. The most you’ll get from the movies is a slapstick running joke about Captain America’s ass, but blockbusters used to be all sex and action, and when you’ve got hunks like Blade kicking about at home, it’s hard not to want that back. Cue Midnight Suns.

You can go on cute dates like taking Blade into the woods to paint the scenery, breaking down that tough exterior to find out that, underneath all that gruff vampire slaying bravado, is a man called Eric. A man called Eric who loves to paint! It’s adorable. And with a slice of cutesy fun, there’s poolside chilling, hanging out with Blade in nothing but boxer shorts. And I get to choose the boxers he wears – what a power trip. And it’s not just two options and you’re done, part of the looting mechanic around the Abbey means you can get even more undies to play with.

It’s such an inconsequential choice because the only time you ever see the heroes out of their clothes and costumes is when you’re at said pool. You can take people on dates there, hangout with them, or just pop by and find a few of them relaxing in between missions. All the while, the customisation lets you pick out bathing suits and briefs, fine-tuning your favourites in detail. I tend to go for the shorter briefs when it comes to Blade, longer with Captain Goody-Two-Shoes. And I haven’t even met Wolverine, yet. I’m not usually into gruff and burly dudes, but if Blade’s anything to go by, Midnight Suns is shaking up my taste in men.

The MCU is going all in with TV shows on Disney+, and we’ve had a little more horny there with She-Hulk and Daredevil, but not nearly enough. It’s competing with Netflix’s Luke Cage, so it doesn’t stand a chance unless it commits. And all the while, games are starting to surpass it on the horny-o-metre. Midnight Suns is all about forging relationships and making ‘friends’, throwing birthday parties, taking strolls at night with your hellhound, and getting to know each other intimately. I don’t know if it’ll let me bump uglies with Blade by the end (probably not), but getting to play dress up with Marvel’s mightiest is a step further than anything I expected.