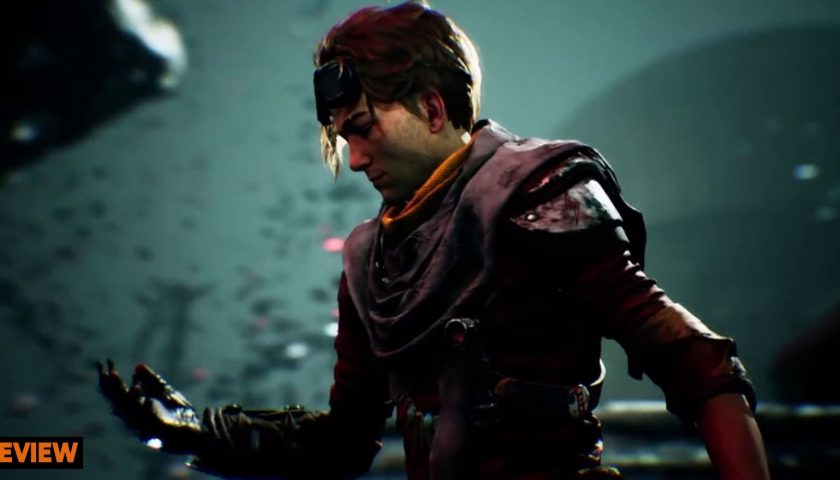 Developer The Bearded Ladies makes a very particular kind of game. 2018’s Mutant Year Zero: Road to Eden, based on the Tabletop RPG of the same name, introduced a unique blend of stealth and turn-based tactical combat so engaging, it practically ruined the rest of the tactics genre for me. The studio’s 2020 follow-up, Corruption 2029, kept virtually all of Mutant Year Zero’s gameplay, but failed to deliver the same level of rich world-building and compelling storytelling as its predecessor. Its next game is called Miasma Chronicles, and while it isn’t based on an IP with decades of lore to pull from, it seems to have the same kind of post-apocalyptic southern charm and character-focused story that made Mutant Year Zero such a fascinating experience. It may not be a true Mutant Year Zero sequel, but from my brief time with it I can already tell it has everything that made MYZ great.

Miasma Chronicles takes place in the distant future after a mysterious force known as the Miasma has poisoned the Earth and twisted life in bizarre and horrifying ways. Elvis is a young man who was abandoned by his mother as a baby and in a mining town by a robot called Diggs. Now a young man, Elvis wields a gauntlet, left by his mother, that may have the power to control the Miasma. While conducting an experiment with the gauntlet to break through a wall of Miasma and find his mother, Elvis and Diggs discover a race of humanoid frog monsters advancing on their settlement. The heroes embark on a mission to fix the glove, protect the city, and find a way to stop the Miasma from spreading any further.

Admittedly, I wasn’t grabbed by Elvis and Diggs’ characters as quickly as I was Mutant Year Zero’s Dux and Bormin. The generic white dude protagonist and his Black-coded robot sidekick are a tired trope and an immediate red flag, but as I met more characters around the Sedentary township, I found better, more compelling personalities. My favorite so far is Mason, the town’s surly head-in-a-jar mayor who smokes cigars through a tiny port in the side of his head case. I don’t suspect Mason will be joining us on the battlefield, but he alone is a good enough reason to head back to the town to explore.

Unlike Mutant Year Zero which used menus to navigate between zones, Miasma Chronicles feels like one big interconnected world. You can actually walk around in town and interact with residents, and all the different combat zones I’ve seen have a strong continuity between them. Road signs and environmental cues point you in the right direction, making it feel like a much more fully-realized world than the studio’s previous games.

The art direction has a big hand in that too. You begin the game in an urban environment where the Miasma has completely taken over, turning skyscrapers into rubble and twisting the entire city into a pulsating hellscape. The Miasma does a lot of weird stuff, and I found myself frequently slowing down to watch a swirl of rubble lift a car into the air or gawk at a bridge stretched between two high rises made entirely of black, sinewy constructs. There’s a unique take on post-apacolism here, and I’m looking forward to discovering Miasma Chronicles mysteries.

Elvis and Diggs actually turn out to be pretty entertaining guides through this wasteland. Since neither of them were around in the before times, they’re both putting together the pieces of the-world-that-was while you’re trying to figure out how things got the way they are. Elvis frequently comments on artifacts and relics from modern civilization in a humorous way. While exploring a gator-themed amusement park, Elvis looks up at one of the roller coasters and tells Diggs that the Miasma must have twisted these tracks into shape. Mutant Year Zero uses the same kind of joke frequently, but it always gets a chuckle out of me.

The stealth and combat sections are nearly identical to Mutant Year Zero too. You can sneak around to put Elvis and Diggs where you want them, then initiate combat from an advantageous position. Both characters have their own gear, abilities, and weapons, but based on the skill tree I saw it seems like this one is leaning even harder into the things that make each character unique. Diggs is your tank character that can rush enemies and most extra fast, but he can also be used as cover himself. His entire skill tree makes him more resilient, while Elvis’ skill tree makes him better with weapons and gadgets. Thanks to his glove, Elvis will acquire unique Miasma powers throughout the story that he can use in battle. The combat and RPG systems have everything that was good in Mutant Year Zero, but more thoughtful and refined.

Clearly, The Bearded Ladies is trying to recapture the same style and charm that made Mutant Year Zero a hit, while bringing its environmental design and art direction to the next level. The gameplay might not be original, but this is a world worth exploring, and hopefully, a story worth experiencing. You can wishlist Miasma Chronicles today ahead of its release sometime in 2023.