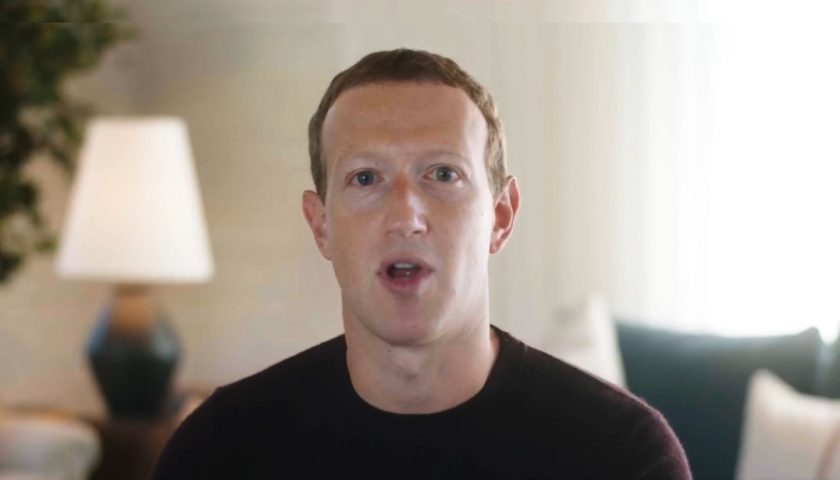 Meta has big plans for the future. And they all involve extracting even more data from consumers.

Last week, the company released a positioning statement emphasizing a bold, tech-driven vision for its metaverse ambitions: smarter personal assistants, a fully immersive AR/VR experience, universal language translation, self-supervised machine learning, human-like AI, etc. All of this comes with the expressed goal of providing advertisers with richer behavioral data about consumers and reassurances that Meta will accomplish all of this in an ethically sound fashion.

However, Meta’s route forward may contain more roadblocks than the company is anticipating. Much of what the company is planning represents an attempt to upgrade its business model rather than respond to consumer demand and presents problematic expansions of consumer surveillance rather than a genuine pivot to “responsible” data collection.

It’s certainly no surprise that Meta feels the need to shift its tactics. The company’s much vaunted ad-tech data-tracking revenue model, which through Facebook brought the company billions of dollars in profit and double-digit annual growth, is facing an existential threat. That’s because Facebook will no longer be able to monetize a large portion of its user base, since Apple and Google are making ad tracking an opt-in feature as well creating significant limits on what data third-party apps can collect.

This sudden blockage of customer data will make growth — at least of the kind Meta’s investors are used to seeing — a lot more challenging. Investors already seem to have taken notice: Meta’s stock has lost more than one-third of its value since January 1, 2022.

Chances are, there’s even more trouble ahead for Meta. Two of the major linchpins of the company’s grand vision — smarter personal assistants and a data-rich virtual world — represent an intrinsically flawed understanding of what consumers really want, as well as what kind of data Meta is going to be able to collect.

Meta is solving a problem that no one has

Meta plans to create personal assistant capabilities to rival Apple’s Siri and Amazon’s Alexa. What Meta hopes will differentiate its as-yet-unnamed service is how deeply it will embed itself into users’ lives. Meta says the assistant will listen to our conversations and monitor our actions, with the ostensible goal of providing us with a more customized experience. The more the device learns about us, the more it will be able to personalize its recommendations.

But lurking behind these outward user benefits is a less explicit but, for Meta, strategically crucial goal: data. Data that goes beyond mere demographics and into the realm of behavioral monitoring. The technology will collect data on users even when they’re not directly interacting with it. Connected devices will also purportedly be able to monitor behavioral biometrics: what users are looking at, their facial expressions, the gestures they make with their hands, etc.

The problem with all of that, other than the creepy Big Brother overtones, is that Meta is creating a solution to a problem that no one has. Collecting all this additional data certainly meets Meta’s needs, but it doesn’t meet the consumer’s. Users don’t want an omniscient personal assistant listening to everything they say, watching everything they do.

Meta’s big data plans also represent a fundamental misunderstanding on it’s part about how people use their digital assistants. Google and Amazon have been monitoring usage and adding features since they launched their devices, and what they’ve found is that people use them for factual information, not personal guidance. They’re looking to save themselves from having to look at the clock or open up a newspaper. Just because users are OK with the devices providing them with weather updates or the latest sports score doesn’t mean they want them monitoring their children’s behavior or measuring their moods.

In other words, the data Meta is planning to collect will be used to build technology that has little to do with what consumers actually want from their personal assistants.

Meta’s ‘responsible’ AI is anything but

Of course, the whole reason Facebook created an umbrella company called “Meta” is because of its plans to expand into the metaverse using virtual reality/augmented reality (VR/AR) technology. As with its proposed personal assistant, Meta is planning to use VR/AR to go beyond mere demographics and collect behavioral data based on where people go, what they do, what they’re looking at, how long they’re looking at it, etc.

Meta is assuring customers and investors that it’s going to implement AI in a much more “responsible” way. Mark Zuckerberg and his co-presenters at Meta’s February shareholder meeting were keen to remind viewers that privacy will be “built-in” to their metaverse. Consumers will be understandably suspicious of such claims, given Meta’s abysmal track record on data privacy.

Meta’s claim of “responsible” AI depends on some fairly dubious reasoning. The company seems to be extrapolating from its Facebook data model. When people use Facebook — posting status photos, commenting on other people’s posts, etc. — there’s an implicit understanding that Facebook can use that information in whatever way it sees fit.

However, whether that understanding will translate to the virtual world remains an open question. Meta is arbitrarily saying that it will own whatever information arises from interpersonal interactions in the VR/AR environment that the company will create. And that when people choose to enter the environment and interact within it, they are implicitly allowing the company to collect whatever information it wants.

What’s more, lawmakers are very likely to agree with consumers. Existing laws already strongly protect consumer biometric data. And Facebook has certainly run afoul of privacy laws in the past. Last year it was fined $650 million for violating an Illinois privacy statute. Other states will likely soon follow with similar legislation, which could place Meta’s data plans in significant jeopardy.

Responsible AI will undoubtedly be a crucial part of future technology and the coming metaverse. But what Meta is proposing doesn’t quite hit the mark. Time will tell whether Meta can develop a privacy policy that satisfies all of its constituencies — consumers, advertisers, investors, legislators, etc — and create a business model that going forward will allow the company to achieve its projected growth.

Rob Shavell is Co-Founder and CEO of online privacy company DeleteMe. He has been featured as a privacy expert in the Wall Street Journal, New York Times, The Telegraph, NPR, ABC, NBC, and Fox. He is a vocal proponent of privacy legislation reform, including the California Privacy Rights Act (CPRA).