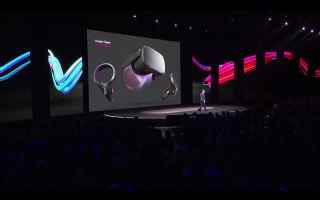 Meta is ending updates for Quest 1 this year and cutting the headset off from built-in social features.

An email from Meta with the subject line “Upcoming Changes for Quest 1″ revealed the changes for the $400 standalone headset. Meta initially revealed the headset in September 2018 and started shipping it in May 2019. Quest 2 replaced the original Quest in late 2020 with a significantly more powerful XR2 processor and a slimmer overall design. Owners of the original device will still be able to use the headset with “available apps” but “Quest 1 users will no longer be able to create or join a party.”

We launched Quest 1 over four years ago and we are grateful to the Quest 1 community for pushing VR forward. As we look to the future, we remain committed to supporting the community of Quest 1 users and will continue to support the headset with a few changes:

You will still be able to use your Quest 1 headset and available apps.

We won’t be shipping new features to Quest 1.

We plan to continue maintaining the system software with critical bug fixes and security patches until 2024.

Quest 1 users will no longer be able to create or join a party.

Quest 1 users who currently have access to Meta Horizon Home social features will lose access to these features on March ‌5, ‌2023. You won’t be able to invite others to your Home or visit someone else’s Home.

“I am excited to announce: Oculus Quest. It is shipping in the Spring and it is going to cost $399,” Zuckerberg said when he announced it. “This is it. This is the all-in-one VR experience that we have been waiting for. It’s wireless, its got hand presence, six degrees of freedom and it runs Rift-quality experiences.”

Meta released the Quest Pro high-end standalone at the end of 2022 while Quest 2 could be replaced by Quest 3 later this year. Quest Pro carries the aging XR2 processor but Quest 3 may carry a much more powerful new generation of the chip.