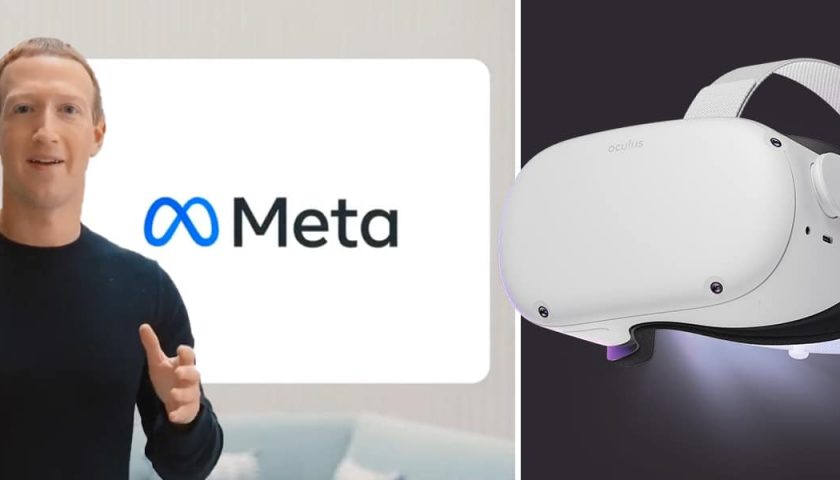 Quest 2’s transition from Oculus to Meta is nearly complete.

Back at its Connect conference last month, Meta (which announced its new name to replace the Facebook branding at the event) confirmed it would be phasing out parts of the Oculus brand to instead focus on its new name. At the time the company said the transition would be gradual, and we saw the first ‘Meta Quest’ advertising a week later. Now the logo is fixed to the top of the Oculus.com website too.

The Meta Quest logo has replaced the old ‘Oculus From Facebook’ logo on the top left of the page. The company’s new symbol is sitting next to it. There are still elements of the Oculus Quest 2 branding left for now – hover your mouse over the ‘Products’ tab and you can still click to purchase an Oculus Quest 2. We’re also yet to see Quest 2 packaging that fully replaces the Oculus logo, though we’d imagine there’s a fair amount of logistical issues in doing that. And, for those wondering, MetaQuest.com currently doesn’t take you to that same page (or any page, for that matter).

It’s interesting to see the logo sitting at the top of Oculus.com given that Meta’s next VR headset, codenamed Cambria, has been confirmed not to be a part of the Quest line. We’re not expecting to see the headset launch for some time, however, so there’s plenty of time to see how Meta’s VR branding will evolve from these first steps. Elements of the Oculus name, like the Oculus Studios label, are expected to stick around for the time being.

What do you make of Quest’s transition over to Meta? Let us know in the comments below.