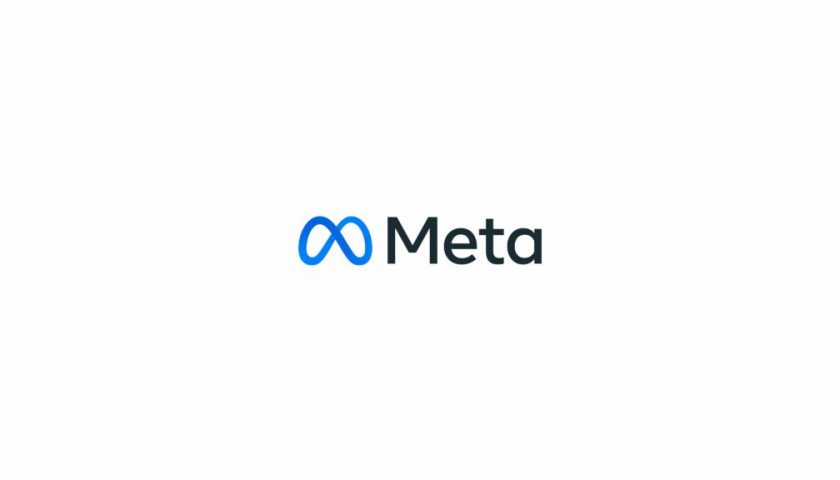 Meta’s corporate logo is rolling out to Quest headsets to replace the Oculus symbol when the device is booted.

The move represents the most visible change yet to owners of Quest VR headsets that Mark Zuckerberg wants people to understand that his company is now Meta and its ambitions are much bigger than its legacy Facebook platform. Previously, the Oculus name and branding was scrubbed from the Twitter accounts for the Quest VR headset and its platform, and even though headsets still on store shelves feature the original Oculus logo, the new symbol was shown front-and-center on Quest headsets during a recent Super Bowl Ad.

The update appears to accompany version 38 of the system software running Quest headsets. New versions of the software typically roll out to headsets globally over the course days or weeks as the team behind the software verifies the updates don’t cause unexpected issues. Headset owners can see what version they have and if an update is available by heading into the Quest’s system settings — the updates typically happen automatically when the headset is idle and has enough power to download an update and get it installed.

We’re curious if the logo’s replacement will come as a shock to any Quest buyers out there who haven’t paid attention to Zuckerberg’s recent efforts to reimagine Facebook and restructure it as Meta Platforms. Revenue from Meta’s division responsible for its work in VR and AR now amounts to billions annually, and Zuckerberg warned investors that his investment in the area could outstrip those revenues for many years to come. The moves come after executives seemed to rethink previous efforts to merge legacy efforts at Facebook with forward-looking plans to “defy distance” by way of virtual reality hardware, with Meta’s incoming chief technology officer Andrew Bosworth confirming to UploadVR last year that Facebook accounts on Quest headsets would become optional (again).

The latest moves to rebrand Quest 2 as coming from “Meta” rather than “Oculus” or “Facebook” may also be tied to upcoming updates to the core social experience of the headset. While Quest 2 is arguably beginning to take on the tasks of a fledgling personal computer, meeting up with friends in VR or calling them more traditionally via voice can still be an arduous process. A video demo (embedded below) showing how the forthcoming Horizon Home is supposed to move this evolution along was found in version 37 of the system software while a hack can be used to enable background audio in apps like Discord, effectively enabling headset owners to use the device to maintain voice calls in VR much like they would on a traditional iPhone or Android.

Have you gotten the new Meta logo on your Quest at home? Let us know in the comments below.