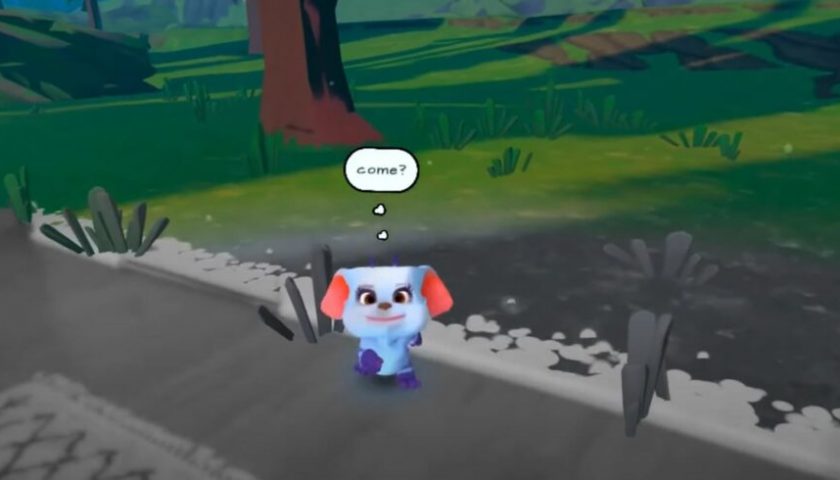 Meta is bringing a demo called The World Beyond to App Lab to demonstrate to Quest 2 owners some of the most advanced features of the company’s development platforms for VR and mixed reality.

The World Beyond should be available “very” soon, according to Meta, and it will be released alongside v40 of the company’s software development kit. In a video posted to Meta CEO Mark Zuckerberg’s Facebook page, the company shows footage from a full-color version of the app running on the company’s upcoming Cambria headset.

“This demo was created using Presence Platform, which we built to help developers build mixed reality experiences that blend physical and virtual worlds. The demo, called ‘The World Beyond,’ will be available on App Lab soon,” Zuckerberg posted. “It’s even better with full color passthrough and the other advanced technologies we’re adding to Project Cambria. More details soon.”

The video shows Zuckerberg using a range of hand gestures to interact with a character and throw a virtual ball to see it bounce off the physical walls of his room. The character looks like Oppy, which was shown during Meta’s Connect conference late last year using the black and white passthrough mode on Quest 2. I’ve embedded video of Oppy below as it is likely a representation of what Quest 2 owners may see in the demo. The World Beyond is meant as a demonstration of Meta’s “Presence Platform”, which refers to a collection of tools for developers encompassing voice input, passthrough, and interactions.

According to Meta, the company plans to open source The World Beyond “so developers can use it as a sample app to help them build.”