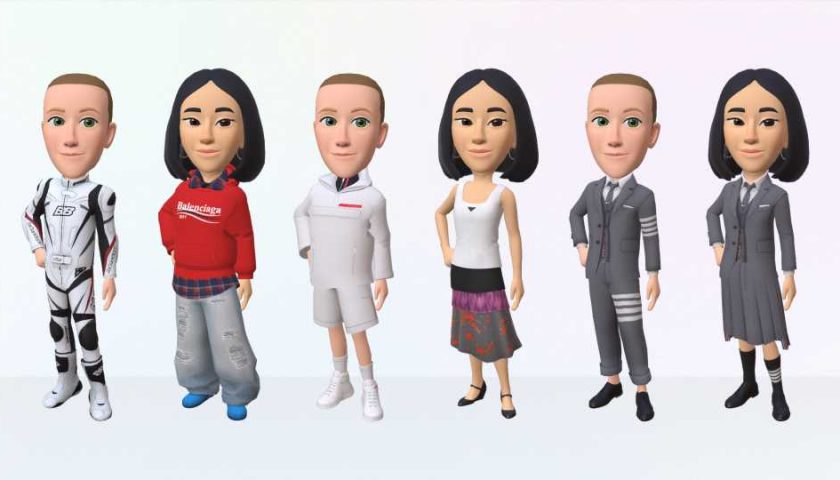 The new store offers the ability to “buy digital clothes to style your avatar” because “ digital goods will be an important way to express yourself in the metaverse and a big driver of the creative economy,” Meta CEO Mark Zuckerberg wrote. The storefront should roll out in the coming days in the United States, Canada, Thailand, and Mexico with products from fashion brands Prada, Balenciaga, and Thom Browne, with the promise of more product announcements soon.

“Over time, a lot of the dream here is to make it so that this is accessible to anyone. If you want to design fashion today, part of what you have to do is you need the physical materials and you need the equipment to be able to do it, but in the future anyone who basically has a computer and an imagination is going to be able to come up with ideas for this,” Zuckerberg said in an announcement video.

The Meta Avatars Store comes amid a top-down rebrand and restructuring of the entire organization formerly known as Facebook, with the Oculus Quest 2 becoming Meta Quest 2 accompanied by the promise of a way to use the headset without a Facebook account. Late last year, the company replaced its older Oculus Avatars with new Meta Avatar development tools and started using the new avatars across its Horizon network of worlds and apps. Meta recently announced Horizon Home is part of Quest system software v41, which adds the ability to invite friends to share your virtual space with their avatars “as soon as you put on your headset.”

While Meta seems to be streamlining its future product plans amid cost cutting, the company is planning to ship a high-end VR headset known as Cambria later this year that should have face and eye tracking sensors to drive the expressions of Meta’s avatars.

We’ll have more details for you once we get a closer look at the Meta Avatar Store. In the meantime, are you ready to bu