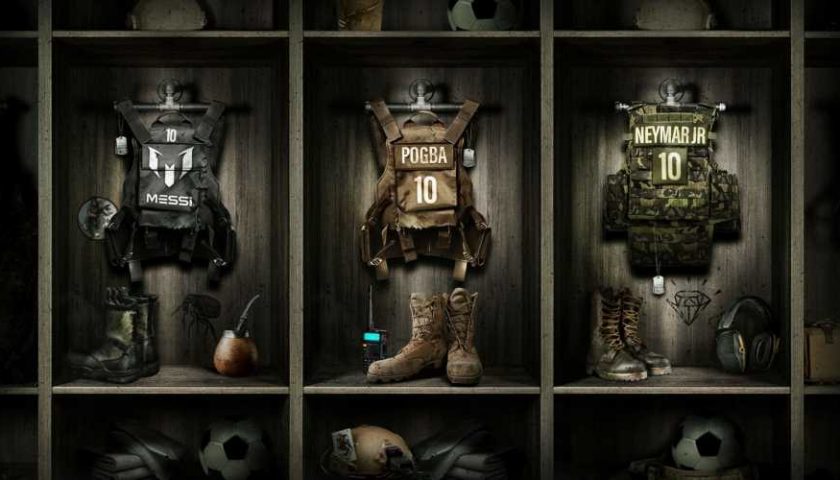 Call of Duty Modern Warfare 2 has had a successful launch so far. To bolster this performance even further, Activision has now confirmed a collaboration with FIFA to bring some of the biggest footballing stars to the game.

The official Call of Duty account posted a picture on Twitter that has kevlar and boots in a football locker room with the names Messi, Neymar, and Pogba on the kit, signalling their imminent arrival. While the post doesn’t reveal the exact nature of this collaboration, an earlier leak has revealed that these players are coming to the game in the form of operators. A leaked photo also showcased what Pogba and Neymar’s operators will look like, but Messi’s character is still a mystery.

In addition to this, these players are also coming to Call of Duty mobile and will be available as operators there as well. Another rumour also suggested that the Call of Duty collaboration with FIFA will bring an limited-time mode to the game. However, no details are available for that just yet.

This isn’t the first time the world of sports and Call of Duty have collided. For instance, previous Call of Duty trailers have seen appearances from NBA star Anthony Davis, NFL stars Juju Smith-Schuster and Chase Claypool, F1 star Lando Norris, and Premier League star Jack Grealish. However, this is the first time three high-profile players will be featured in the game as playable characters.

Elsewhere, Warzone 2 is set to launch on November 16, with a new map called “Al Mazrah”. Although, one YouTuber has managed to get a sneak peek at it by using an exploit during a multiplayer match on the Invasion map, which is a part of Al Mazrah. Infinity Ward has since gone ahead and fixed it, so don't expect to replicate the glitch.