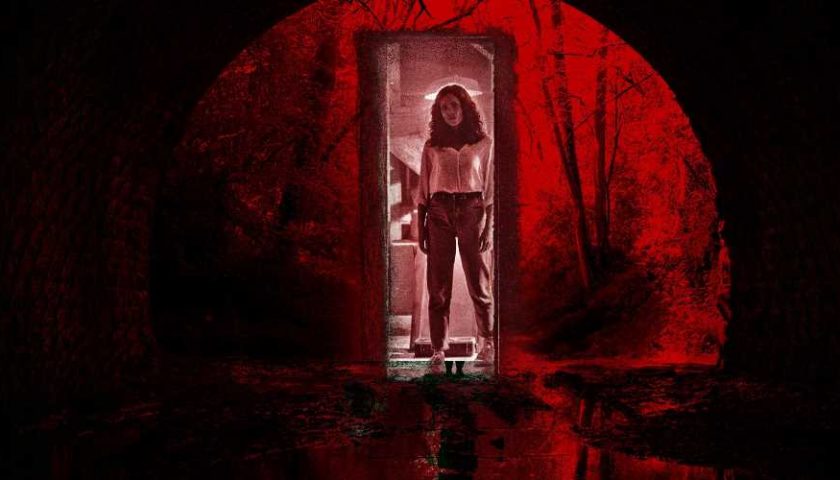 This article contains spoilers for Barbarian and Men.

When a woman arrives at a rental property, things go from bad to worse as she deals with the strange inhabitants of the home and surrounding area, in this horror film exploring gendered violence.

You wouldn't need to change a word to make that plot summary apply to both Men, writer-director Alex Garland's 2022 horror film, and Barbarian, filmmaker Zach Cregger's recent feature debut. The films are very different on the surface. Garland's is deadly serious "Elevated Horror," with a minimalist plot which, though gorgeously shot by DP Rob Hardy, coasts by on theme for 100 minutes. Barbarian is tightly plotted, funny, and likably schlocky. But both, in the broad strokes, begin in a similar place.

In each, a young woman arrives at a rental property where she is greeted by a man. In Men, it's an old man, the owner of the British country home where Jessie Buckey's Harper is staying as she recovers from her abusive husband's recent suicide. In Barbarian, it's a young man, another renter at a double-booked Airbnb that Georgina Campbell's Tess had reserved for the night before a job interview in Detroit. 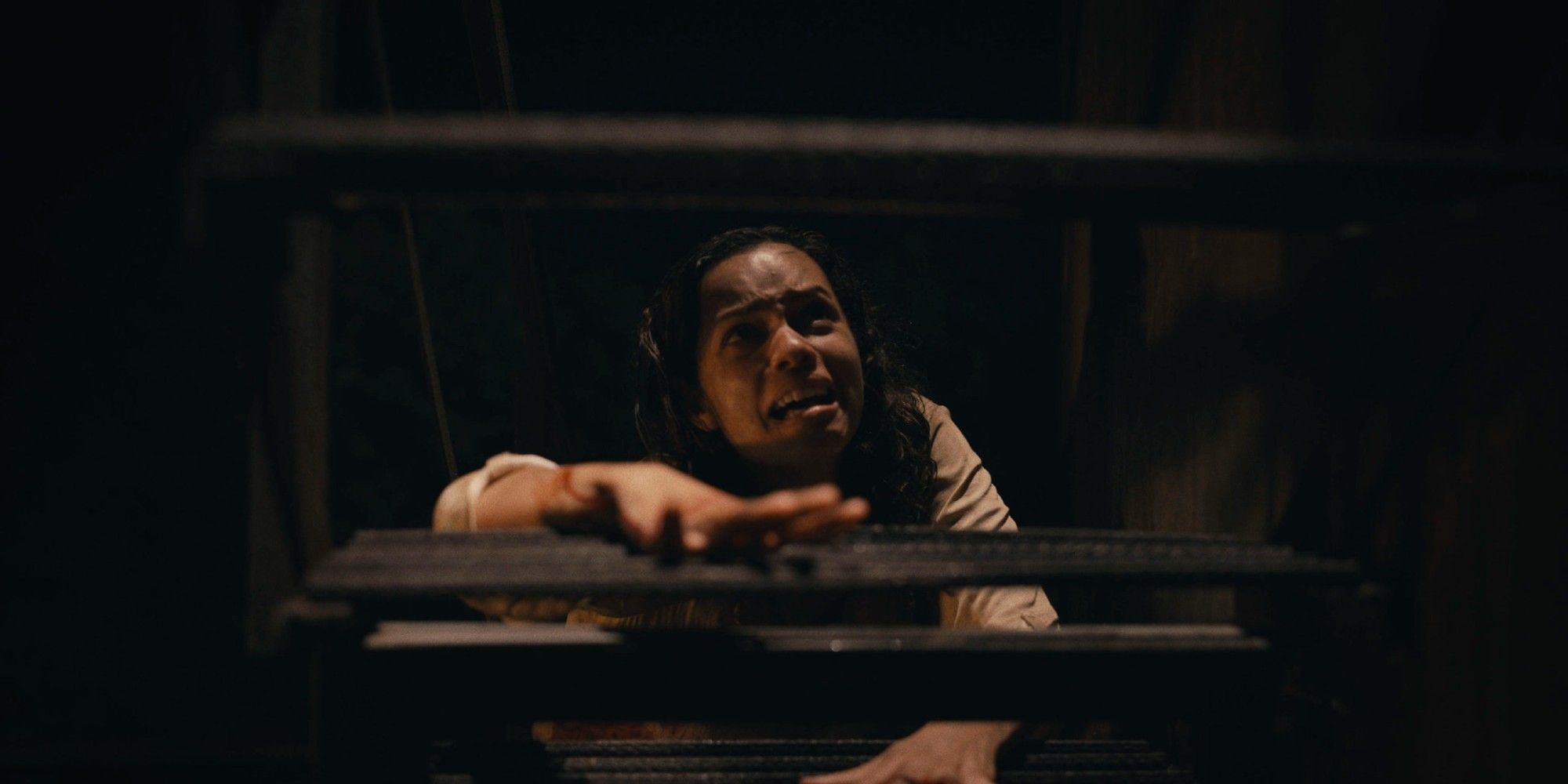 Both films use the gender dynamics of this set-up to explore the violence men inflict upon women. But while Barbarian sets this theme up through small moments, like Bill Skarsgård's Keith making a point of opening a bottle of wine in front of Tess so that she won't worry he did something to her drink, Men does it through big, loaded symbols. When Harper arrives at the country home, she plucks a gorgeous apple off a tree in the yard and takes a bite. Tess could be any woman. Harper must be some kind of Eve.

Both movies end in bigger and more gruesome places than they started. In Barbarian, after discovering a seemingly endless series of tunnels beneath the rental, Tess watches Keith die at the hands of a giant, naked mutant woman stalking its tunnels. This woman insists on breastfeeding Tess and, later, Justin Long's AJ. Men takes a similarly biological turn. After being menaced by all the men in the village who all, for thematic reasons, share Rory Kinnear's face, Harper fends off a home invasion perpetrated by all of the men as they shapeshift through the various guises. Eventually, they begin giving birth, and there's a gnarly shot of the birth canal as it stretches to deliver a full grown Kinnear's adult-sized melon. The birth goes on and on, as one Rory Kinnear gives birth to another. But after Harper walks out of the room to grab an ax, the men disappear and we don't see them again.

There are plenty of meanings you could derive from this climax — that the patriarchy is self-perpetuating, that all the men who have harmed Harper are united in the protections and privileges their gender affords, that empathy is the only way to vanquish toxic masculinity. That's fertile soil, but Men basically throws some seeds on the ground and wishes you good luck. It seems sure that it means something, but it almost certainly means less than it thinks it does. 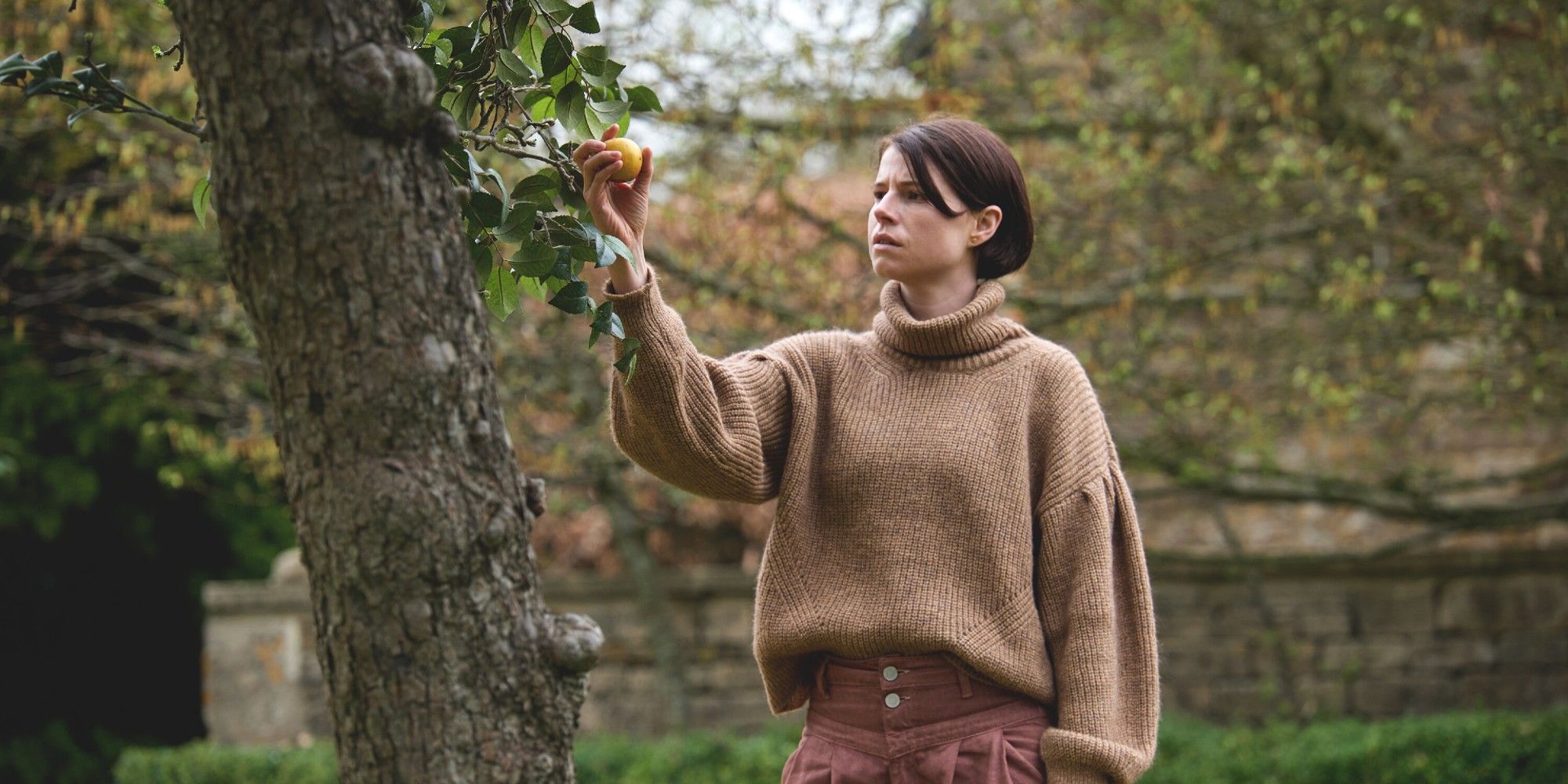 But Barbarian, by building out a history of this small slice of the world, is able to make more meaning. Because its world is specific, its metaphors can be denser. Because we see the reason that there is a mutant woman in the tunnel, because we understand the shameful history of the house, because the movie, in presenting a well-realized world naturally expands its scope beyond gender, exploring themes of urban decay and white flight, it manages to be a dense and rewarding film. Men, on the other hand, feels like a dollar store fable. Self-consciously meaningful, but ultimately too vague and shallowly written to say anything worthwhile.

Barbarian goes somewhere interesting. Men goes up its own ass.