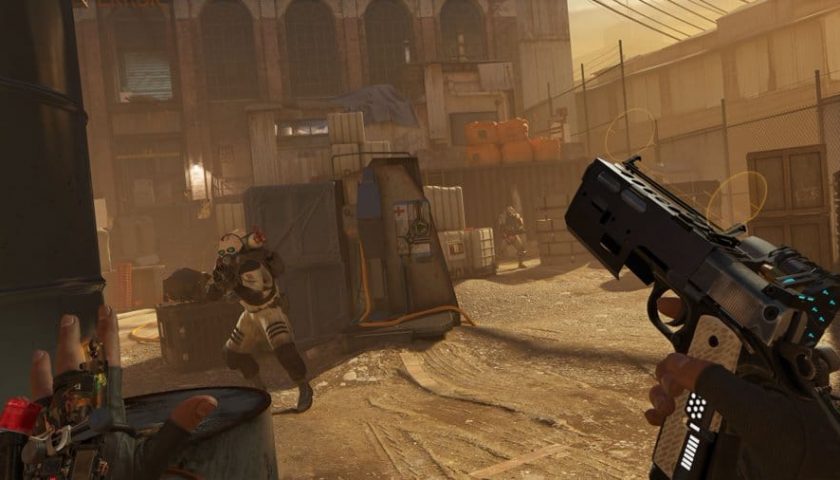 Adding melee combat into Half-Life: Alyx could have been the “logical next step” for the game, according to one Valve developer.

Programmer Kerry Davis, who worked on the hand interactions in last year’s VR blockbuster, said as much in an interview with Kotaku last week.

“I think that was one of those things that the overall product and schedule– we had reached a point where we were ready to ship it and there’s always more that you can do,” Davis explained when asked why Valve did not include physical melee combat in the game. “And I think that would have been the logical next step.”

Davis then pointed to the Twitter GIF of a player pushing a headcrab out of a window using a chair that released just ahead of the game, noting that he’d watched it “a thousand times”.

“That was the kind of stuff that was emerging very close to the end of the project, when we were happy with it, we’d announced it and we were talking about ship dates. And it was like “Wow, it’s really coming together.” And by the end we started to see a lot of opportunity. There was a whole bunch of more fertile ground that could be explored now that we had answered the 5,000 questions that all of this was built on. But at some point you have to just stop asking new questions and answering them because you can do that forever.”

Certainly, a key moment Alyx’s story hinted at more work to be done in this space. Last year Valve’s Greg Coomer even suggested it could be seen as Valve issuing a challenge to its hardware team.

As part of Alyx’s anniversary in March we wrote about how melee combat and physical interaction were missing from the game, which kept it from feeling as innovative as Boneworks or The Walking Dead: Saints & Sinners. It’s interesting to hear, then, that the feature could have made it in. “I think we could have accomplished it but again it would have added months or years to the schedule, “Davis concluded, “and it just wasn’t necessary I think for this iteration of the game it was good where it landed.”

Hopefully we’ll see Valve explore this side of VR with future titles, though we currently don’t know what it’s working on next. An Alyx sequel apparently isn’t hot on the original’s heels.