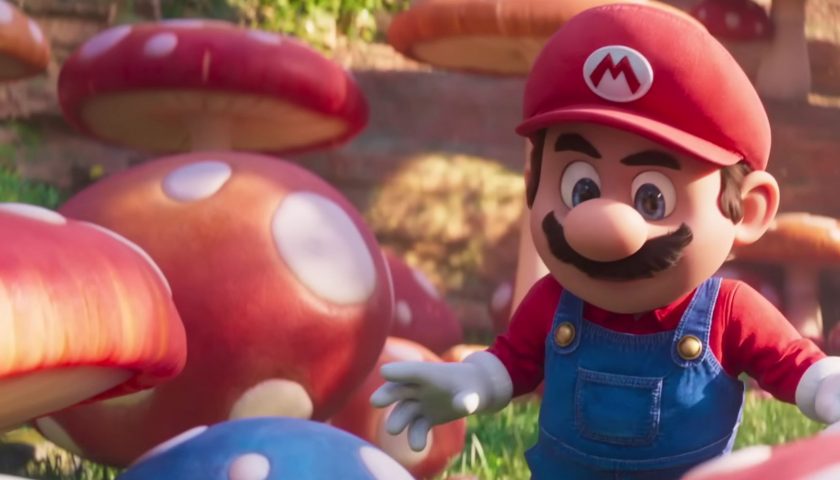 Scanned renders from French McDonald's toys have given us a better look at how Goombas, Koopa Troopers, and Piranha Plants are going to look in The Super Mario Bros. Movie, as well as revealing the design for Chain Chomps.

Over on the Super Mario Bros. subreddit, Redditor VinVinMario shared scanned renders of the cardboard toys that come with McDonald's Happy Meals in Europe, proving once again that Maccies is the ultimate source for news on the Mario Bros. movie. The renders give us a closer look at several of Bowser's minions, as well as providing a more detailed look at other characters that we've seen a bit more of.

The most interesting of the renders is the Chain Chomp, as it's the first confirmation that we've had so far that one would be appearing in the movie. The Chain Chomp looks almost exactly as it does in the games, although its eye is more realistic this time around which makes it look a little creepy. As Redditor Stillcouldbeworse pointed out, "it looks like a human soul was captured and trapped inside a chain chomp for eternity".

Aside from the reveal of Chain Chomp's design, we also get a closer look at some characters we've only seen short glimpses of so far, including a Piranha Plant and Goomba. The Goomba looks as you'd expect, although Mario's clearly done something to make him angry in this render. Maybe it's all the Goombas he's stepped on. As for the Piranha Plant, Illumination has clearly done an excellent job making them utterly terrifying, as the render is being labelled as "nightmare fuel".

The other scanned renders include Bowser, Peach riding a motorcycle (which Redditors are, of course, being weird about), a Koopa Trooper, Donkey Kong, and King Penguin. We've seen a bit more of these characters within trailers for the Mario movie, but it's nice to get a more detailed glimpse here.