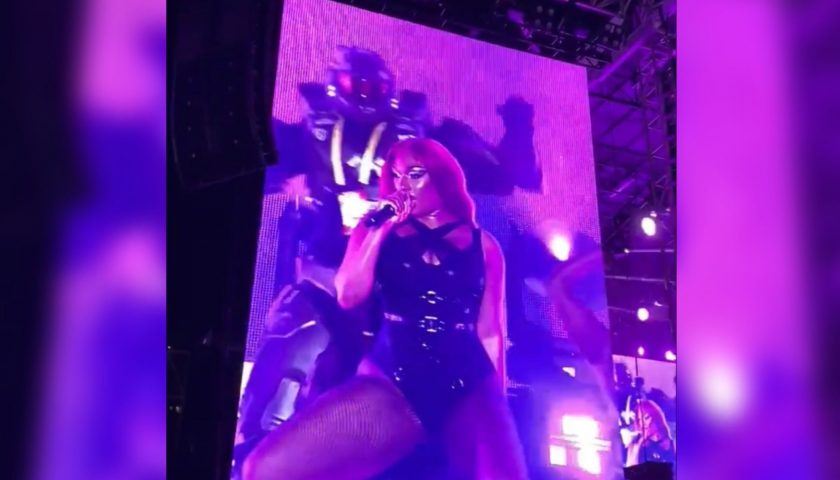 TwitchCon is entering its final day, but I think it's safe to say that we've already seen the highlight of the entire event. Last night, Megan Thee Stallion gave us the crossover of the century, as she took to the stage with none other than Master Chief – who seems to be a huge fan.

In fact, the unlikely duo were really getting into the performance, giving us a sight we never thought we'd see: Megan twerking on the Spartan. As you can see in clips from the show, the audience was loving it, seemingly in awe of the unexpected team-up before their eyes.

As can be expected, the replies to clips being shared around are a riot. Some are jealous of both parties in this scenario, wishing they could take either of the places on stage. Others are happy to see Master Chief having a great time, especially given all the Halo Infinite drama lately.

As wild as this may seem, it's not too shocking when you consider that Megan is pretty nerdy herself. She's previously cosplayed as Millenia from Mortal Kombat, as she celebrated her main getting added to MK11. She also recently shared a TikTok of her time in Japan, boasting that she went to a museum with an exhibition on JoJo's Bizarre Adventure, as well as the Nintendo World area at Universal Studios.

Now, the internationally famous rapper can also proudly state that she's twerked with Master Chief. I mean come on, don't tell me you wouldn't share that with anyone who would listen.