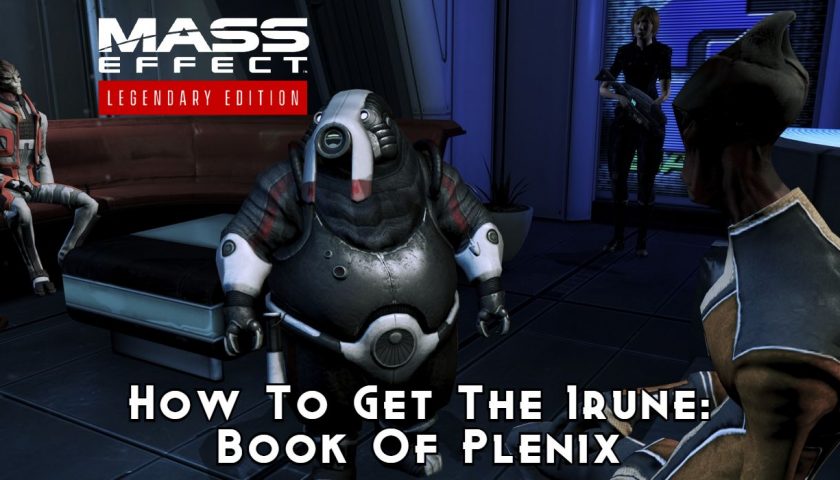 The volus are one of those Mass Effect races that don’t get as much attention as the main ones. There are no squadmates, major villains, or significant characters that are volus. As a result, you probably have limited knowledge of the suit-wearing species. However, the ‘Irune: Book of Plenix’ quest does reveal a bit about the volus and their customs.

In the mission, you have to find a book that means a lot to volus civilization. There isn’t much to the assignment, but in classic Mass Effect 3 fashion, the game doesn’t make it easy to figure out where to find the sacred item. Luckily, all the information you need to complete the quest is here. 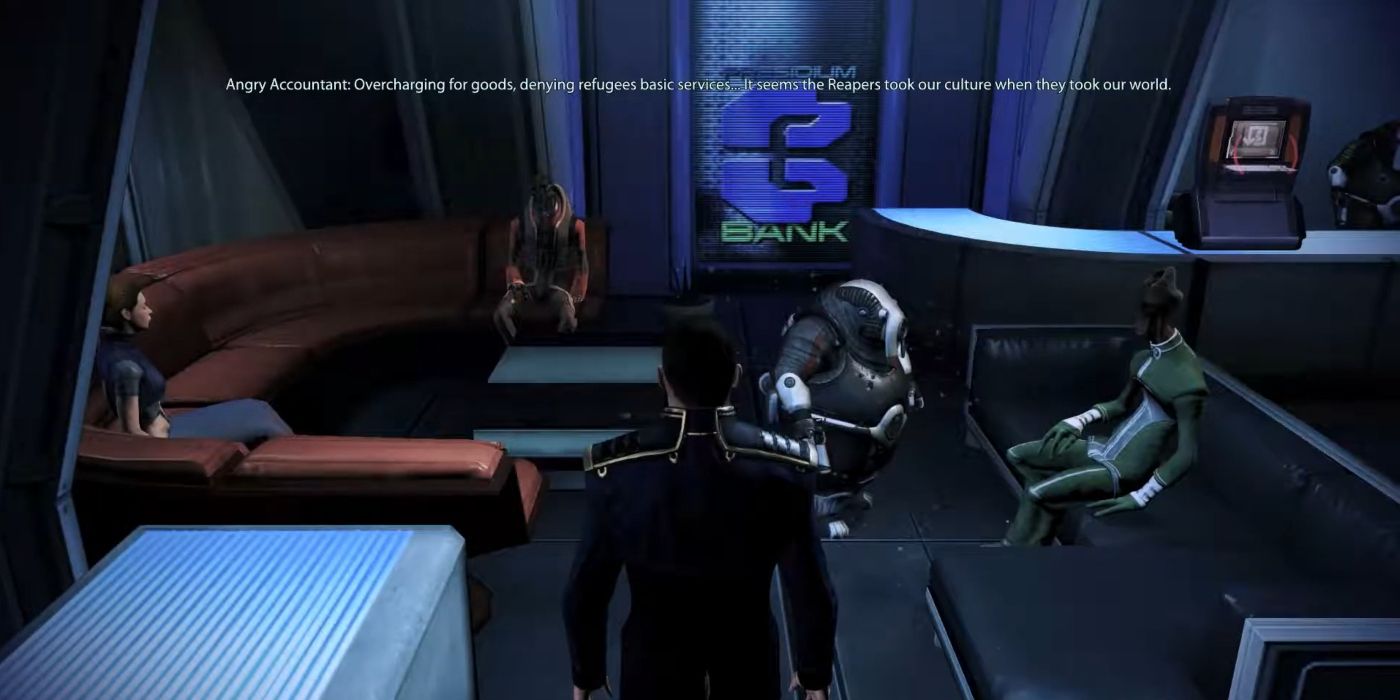 There are two ways to start this mission. The most common beginning is to overhear a conversation an angry accountant is having in the Presidium Commons bank area.

He’s discussing how his people have lost their way amidst the reaper invasion and suggests that the Book Of Plenix could be the answer to getting his race back on track. The conversation only occurs after the ‘Priority: Palavan’ mission, which is pretty early in the game.

If eavesdropping isn’t your style, you can skip this step and go straight to finding the item. By avoiding the conversation, you miss out on why the book is important, but it’s your choice.

Finding And Delivering The Book Of Plenix 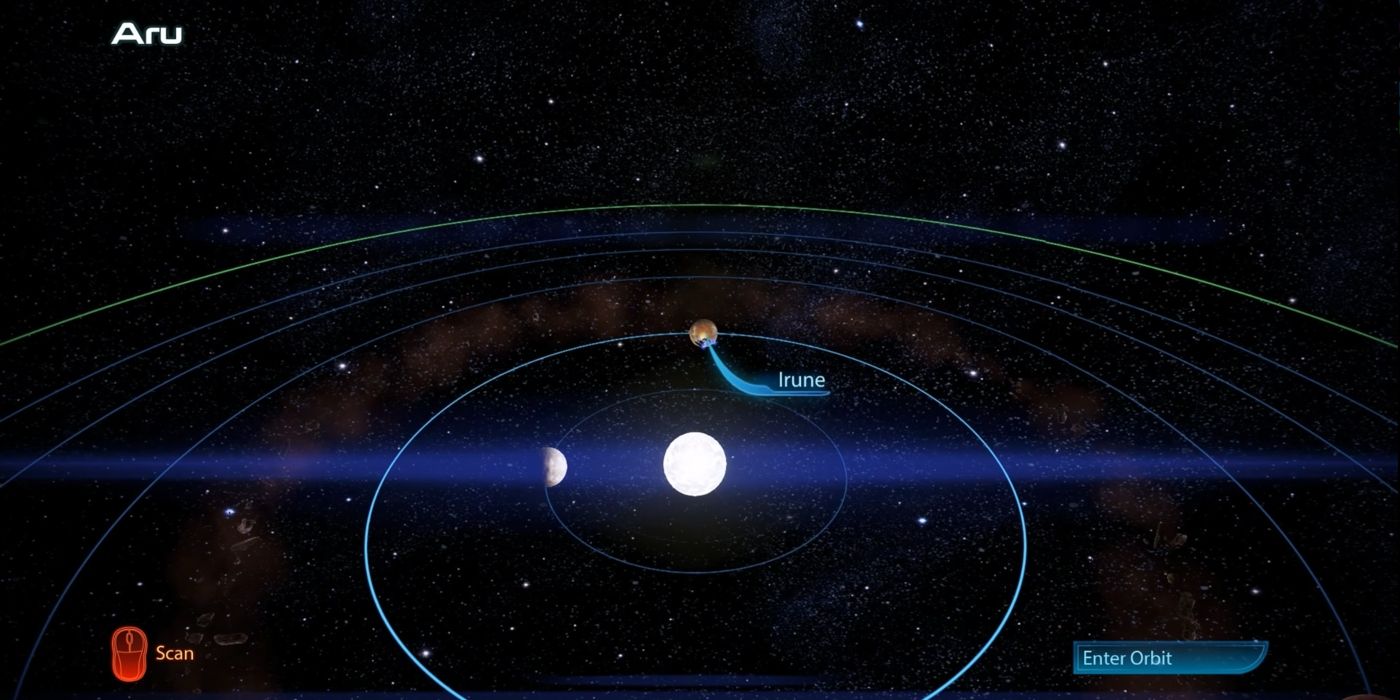 As the quest suggests, the Book of Plenix is located on Irune, the volus’ homeworld – one of many things to know about the species. To reach the world, you need to enter the Aru System in the Aethon Cluster. Although, the cluster is only accessible after ‘Priority: Tuchanka’.

When you do get the chance to fly into the system, you’ll need to go to the second planet closest to the sun. Scan Irune and launch a probe in the area indicated to receive the book.

Once the sacred item is in your hands, you’ll want to head back to the Volus to get your reward, yet that might not be possible.

This is because the quest directly after ‘Priority: Tuchanka’ which you need to complete to get to the Aethon cluster, is ‘Priority: Citadel II’. This quest immediately starts when you travel to the space station, so you’ll have to sort that out first.

Once you’re free to travel around the place again, go to the accountant at the exact same spot as before and hand him the artifact. 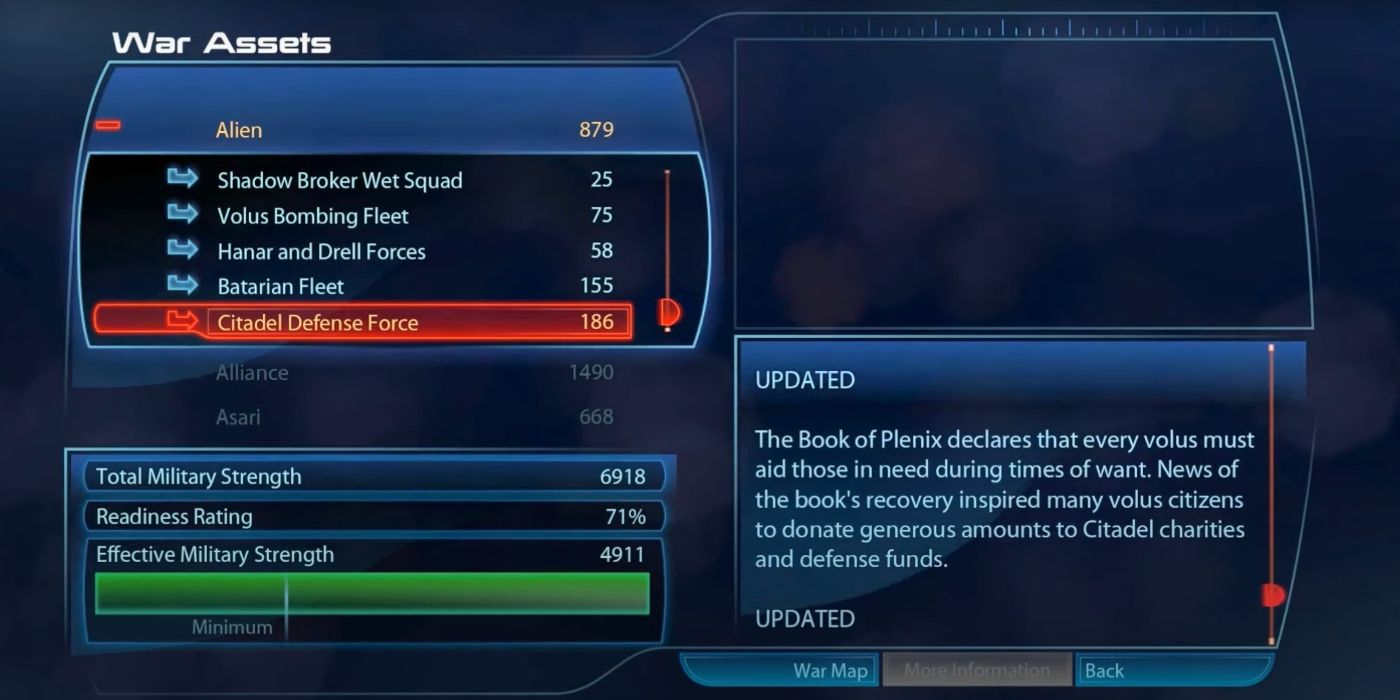 The initial reward you receive for retrieving the book is immense gratitude from the volus. He is really touched by your efforts and even calls the gift “priceless.”

Yet, if you’re not the sentimental type, you’ll be happy to know that he also gives you some credits. Plus, completing the quest earns you an increased reputation as well as a boost to your Citadel Defense Force War Asset.